Home » MTB Training » Training with Power for the mtber

As endurance Editor physiobikefit Scott heads into the last phases of training for the Cape Epic, he has been getting to grips with training with power since racing a 4 stage race in Lanzarote last month. He is on a Rotor INpower Rex 1.1 crank, paired with the feature packed Garmin Edge 1000 unit. Training with power on the road is de rigeur, but not so much on the mtb. With efforts more often constantly on and off, a power meter for mtb riders should be a useful tool to help reduce over reaching and develop good pacing strategies for events.

Just as with heart rate, it is best to get your personal power levels  determined to get the most out of using a power meter, ideally through a functional threshold test (FTP), but one which tests via oxygen flow and blood testing for accuracy. Once completed (it is hard work!) the numbers displaying on the screen will mean something and training becomes much more efficient and effective.

Rotor is one of a few manufacturers who have brought the cost of power meters down by offering a left hand sided only option with their relatively new INpower crank. INpower also brings power to mtbers in a single and double crank option. For current Rotor users just the left hand side can be purchased . 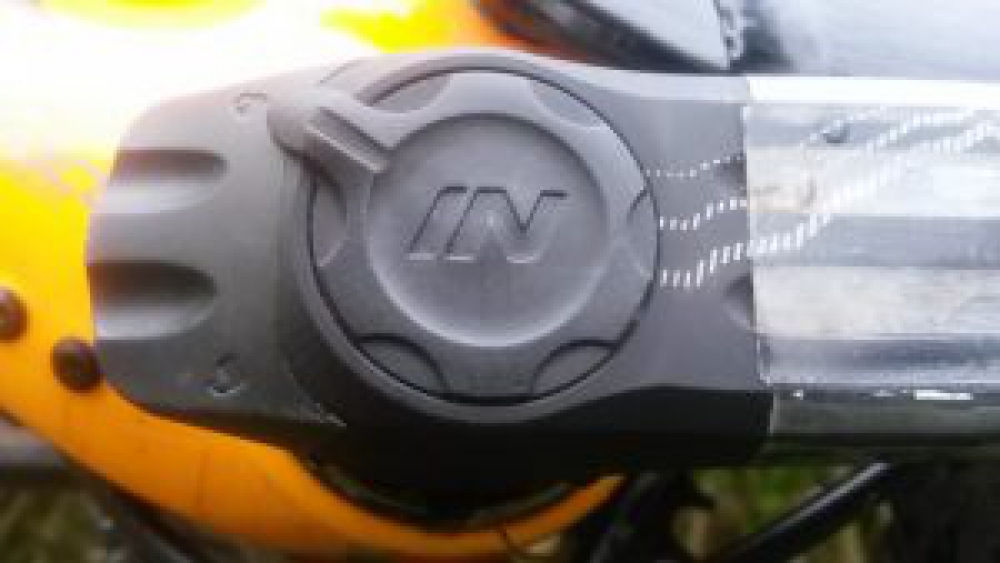 Rotor offer INpower in the 30mm axle only option which fits most BB standard using one of their numerous BB adaptors. The design is minimalist and simple, the only real give away is the tiny 'arm' sticking out from the left crank, designed to stay out of harm's way.  The battery is neatly hidden inside the 30mm axle via the left side and is the easily found AA type, giving around 300 hours of ride time. Seals around batteries can be an issue, but there have been no problems so far in the current wet weather. For weight conscious riders, added weight is minimal.

Installation is super easy (once the correct BB is adaptor is fitted). Instructions are included in the box on how many of the supplied spacers to install on each side of the BB shell. Rotor have a new, self extracting crank arm bolt, so super easy for crank removal should the spacing need to be adjusted. Chainrings are easily fitted without having to remove the crank. 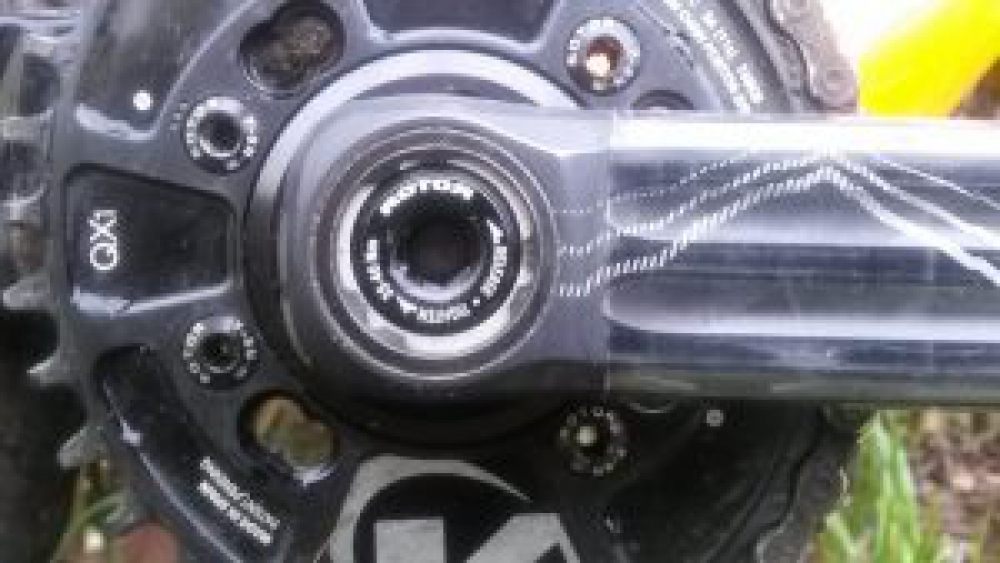 Linking to the Garmin Edge 1000 is straight forward. Find the Power screen, connect, calibrate then go ride.  Adapting to training purely on power does take some time to get used to after using HR for such a long time. HR takes time to respond, both up and down and on rolling mtb courses  it can be difficult to accurately gauge effort, especially at the bottom of hills where effort is commonly high.  Physiology always catches up and the pace settles down. Sticking to power numbers, effort can be kept more constant, avoiding wasteful spikes, especially on rolling routes. HR can vary too, depending on fatigue and stress for example, but power is the one constant.

Initially the Garmin has been set up to display average power over a 10 second period. This is just until the legs become used to such immediate feedback and pedalling action becomes smoother and more controlled.

Initial thoughts are why didn't I train with power sooner? There is of course the cost element to power meters and the ANT+ unit to connect it to, but depending on goals, the Rotor INpower crank and Garmin Edge 1000 has been a sound investment so far. More on the review after the Cape Epic.