The most worthwhile day I've ever spent on a mountain bike!

That's a bold statement.  But it's exactly how I'd describe the full day private consultation session I've just had with Rab Wardell of Dirt School. 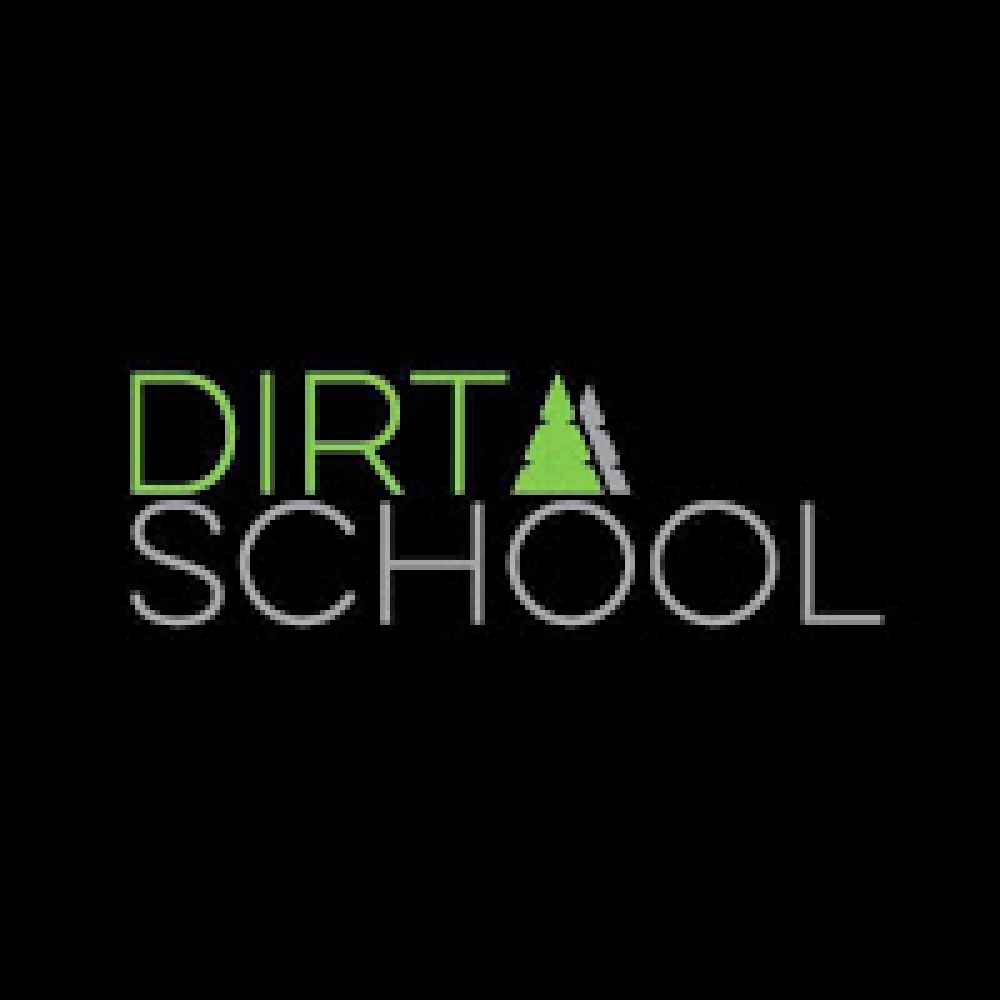 I've raved about Dirt School before and I'll be doing it again!  I've had a private half day coaching session from Andy Barlow, where we worked on my fundamental skills to help general riding; another private day with Rab where we looked at XC specific skills and some of my weaknesses; and I also attended Rab's XC racecraft group session at Cathkin Braes Commonwealth Games course just before my season kicked off there in March.  Rab is running another one of those sessions on Friday 19th June for anyone that is racing the British XC round there that weekend - just get in touch with Dirt School if you're interested.

Every one of those sessions have been really useful and I've come away with new knowledge and skills from each.  This time, however, it wasn't just a general coaching session.  It was a consultation aimed not just at improving my on-the-bike skills, but also aimed at planning the rest of my season ahead, getting some expert advice from Rab, who has raced at World Cup and Commonwealth Games level all over the world.  With my move up to the Expert category this year and the real step change needed in my training to compete at that level, this session was ideal.

I'd highly recommend it for anyone regardless of your discipline as Dirt School can tailor it to XC, Enduro, Downhill or even if you're just entering a few fun races and want a more structured training plan.

The day was split in two.  Rab had sent me a course summary beforehand so I knew what to expect but we met at Glentress and had a more detailed chat about what I wanted to get out of the day and how it would be structured:  morning on the bike and afternoon in the classroom.  Rab would be using a similar structure to what he uses when he coaches for the UCI, so you know you're getting a proven, world-class method to help your skills and planning.

We headed out onto the trails of Glentress, Rab armed with a Go Pro to capture footage that we could analyse later and that would also form part of my Dirt School digital profile, which he explained I'd later be able to access online.  This would build up a bank of digital information and analysis that we could refer back to as a baseline and update as I do more courses and, hopefully, improve!

Even on the warm-up climb up to the Buzzard's Nest carpark, Rab made me do all the log skinnies and rock step-ups.  I can do all the step-ups no problem but sometimes chicken out of the skinnier and higher logs.  You're probably wondering why an XC racer needs to be able to do log skinnies but balance is a fundamental part of all mountain biking and Rab gave me some great tips to help my balance in general and improve my ability to do the logs.

We also stopped off at one of the rock step-up sections I know well, but where Rab showed me a different line.  This new line wasn't just specific to this trail - he was showing me things to think about that would save energy or make me faster in races.

We then headed over to the skills areas where Rab took footage of me doing some of the fundamental technical skills like track stands, wheelies, manuals, rear wheel lifts, bunny hops and endos (the latter being something I'd never really tried before and enjoyed giving it a go!).  It may sound like we always visit these skills at any course I've ever done but they are so fundamental.  They might not win you an XC race but they'll give you a competitive advantage on many technical sections (up or down) if your skills are better than your peers.  As I've only been mountain biking for a few years, these are something I really need to work at but I'm getting there.   Rab took video footage of each one to store as a baseline and took lots of notes, which he'd later use to write up a detailed report of the day for me. 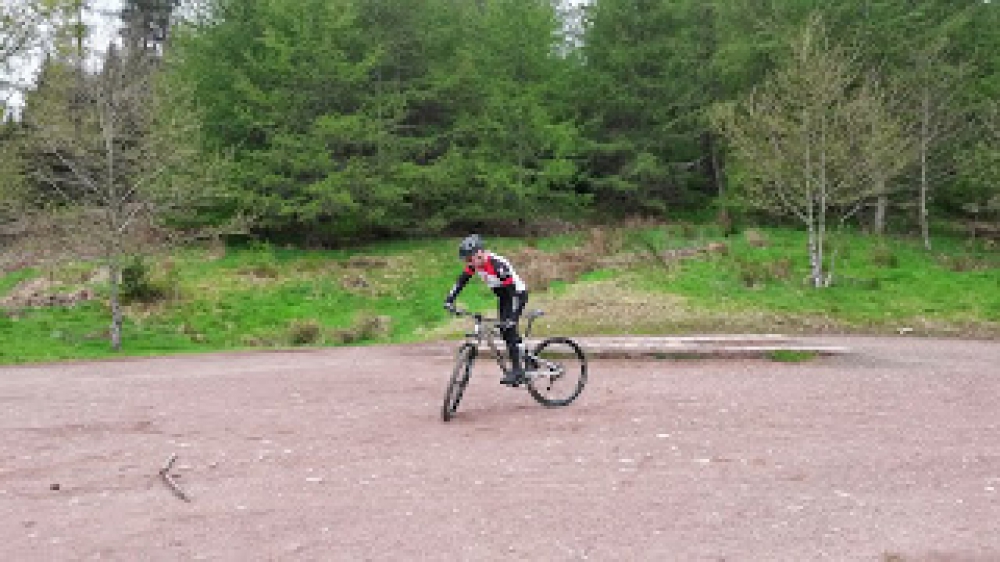 
We then spent some time on "Berm Baby Berm" (does what it says on the tin!) on the Blue route at Glentress and into the free ride park where we looked at jumps and drops.  Again, fundamental skills that may not seem so important in XC but really can give you an advantage.To finish off the morning, we headed off-piste onto some really nice sections of trail that head back down towards Peebles away from the man-made 7Stanes trails at Glentress.  Not only did this give me a few more off-piste trails to add to my list for a fun day out on the bike, but Rab again filmed me going down these so that we could analyse body position and movement later on. 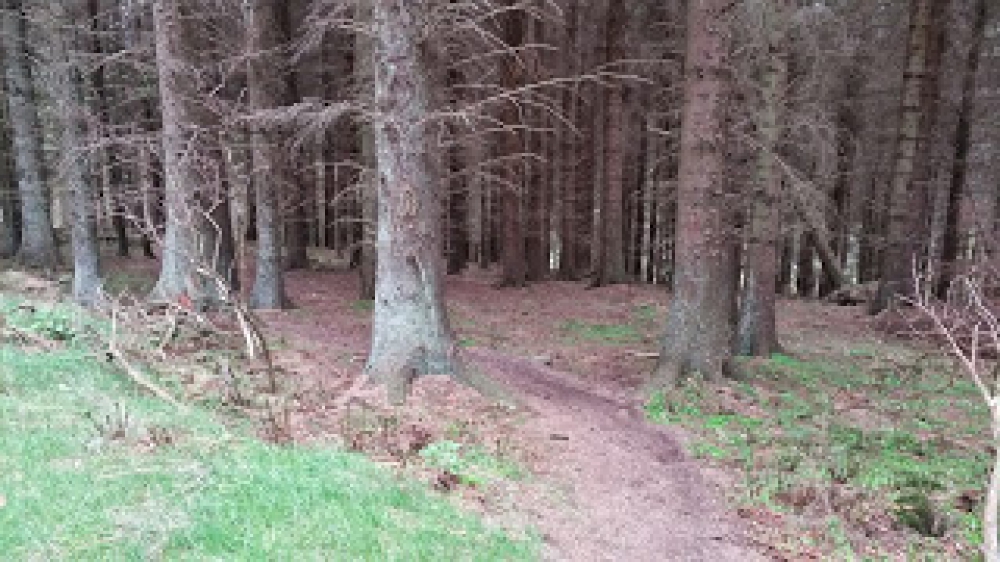 I was pleased to hear Rab say that my technical descending and body position was good, although I can obviously always keep improving.  I'll go back to these trails again, nail them at low speed, then gradually build the speed, working on my braking points and pushing myself out of my comfort zone a bit on the loamy, rooty off-piste trails.

Then it was back to Glentress, a quick change and some lunch and into the great facility that is the Mountain Bike Centre of Scotland, which sits on the hill just above the Peel Centre. 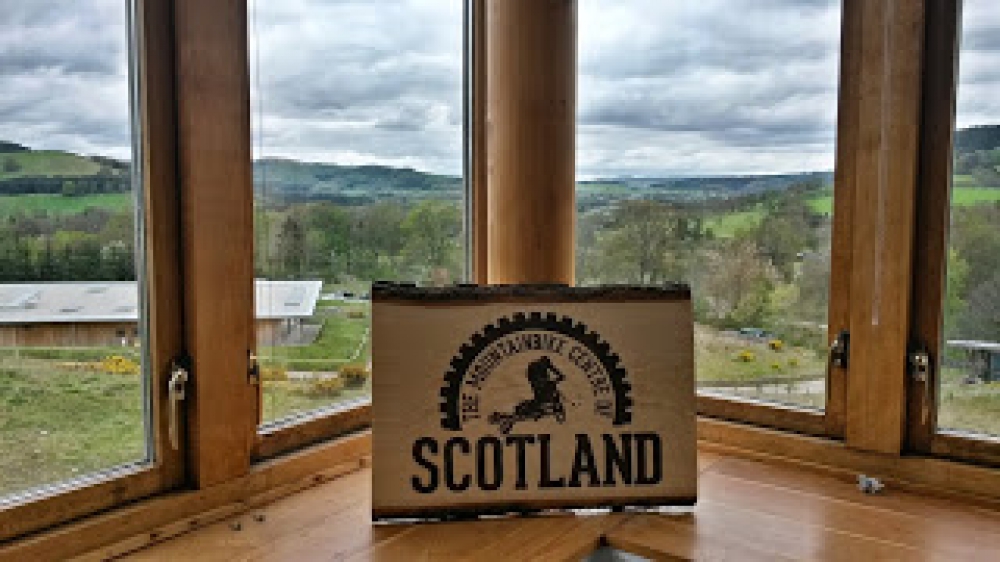 The view back down to the Peel Centre from the Mountain Bike Centre of Scotland, a great facility for education and promotion of the sport[/caption]

Fueled with caffeine, we were ready to start working through the structured afternoon consultation session that Rab had planned in advance, and to analyse the video footage taken earlier in the day.

Yes, Rab was intending to drink all that coffee himself![/caption]

We worked through the specifications of the sport, my strengths and weaknesses, how I compare to my peers and ultimately what my goals are.  This then formed process goals that were factored into my training plan.  Rab can then use this to build a training plan from scratch for you for your entire season.

As I already have a well structured training plan (organisation was one my strengths Rab pointed out!) we didn't start a new one.  Instead, we incorporated some new goals and new training sessions into my existing plan.  I've got a few new workouts to try, and I also need to change the structure of my weeks to incorporate a bit more rest.  I'm also going to be trying something completely new later in the season so watch this space . . . !

We then spent the last hour of the day going through video footage Rab had taken on the trails and his detailed notes.  We analysed my body position and my fundamental skills.  It is so valuable to be able to watch yourself back and also have the advice of an experienced coach while doing so.  I got some great tips from Rab on how to improve my fundamental skills and, while I already try to incorporate skills practice into my training plan, I'm absolutely committing to at least 1 - 2 hours every week now when I just "play" on my bike and work on all these fundamental skills.  Rab has also since sent my full report from the day (less than 24 hours after we parted company!) with lots of analysis and advice.

We got through so much and it was honestly the most worthwhile day I've ever spent on the bike, or talking about my training.  Rab has a wealth of knowledge and the structure of the day really helped too.  I've come away with some on-the-bike areas I need to work on, a really clear view of my goals, and some new training sessions that will really help improve my weaknesses.I don't think I've ever been so motivated!Check out Dirt School's website for this and all the other courses and training plan services they offer.

Check out the original article and many more great reads on Dereks Blog.