After my first year of racing XC in the Scottish and British Series, I've learned so much. But there's always more to learn, no matter what level you're at. And even on your local trails that you think you know so well.

With this in mind, I joined some other racers for an XC race craft coaching day with Dirt School's Rab Wardell at Cathkin Braes on Sunday 15th March. With a week to go until my first race of the season, at that same venue, it was perfect timing.

Rab's experience speaks for itself, both from a coaching point of view with Scottish Cycling and the UCI, and from a racing point of view having raced XC, XCM and CX all over the world at the top levels.

Being my local trail, I thought I knew Cathkin, and yet I learned so much more about line choice, how to use transition areas between sections and how to use certain parts of the course to my advantage. We also worked on some basic rider position and fundamentals. No matter how many courses I do it's always good to go back to basics and work on body position and cornering. Rab shows how it's done as we looked on: 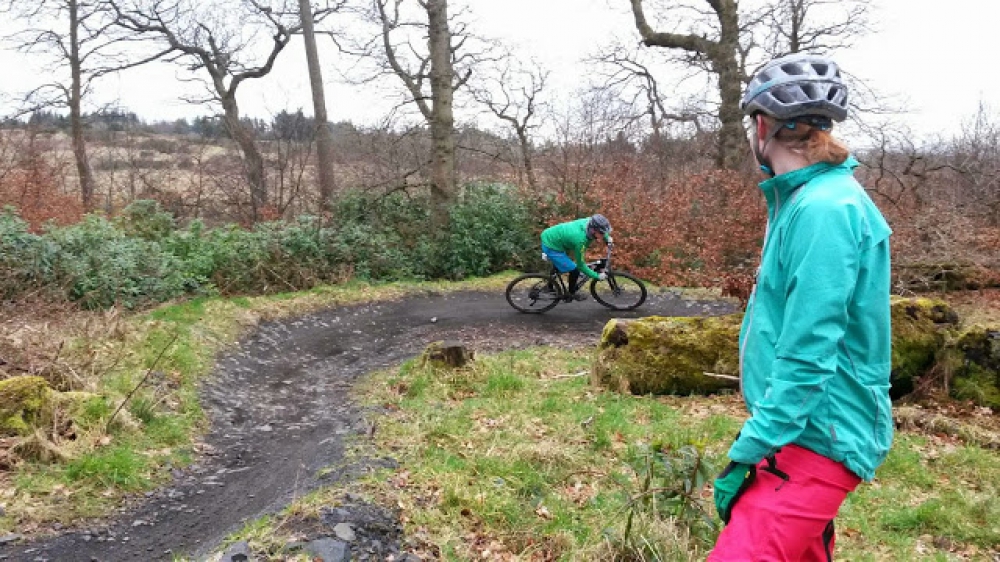 The course also covered warm ups, starts, pacing, strategy, nutrition and many aspects of XC racing that I thought I'd perfected last year... But I think I learned more from a few hours with Rab than in my whole season last year! And it wasn't just the on-bike stuff. Just chatting to Rab and being able to ask him questions was so valuable.

As I said last year when I did another Dirt School course, we all spend so much time and money fussing over our bikes and kit... But that money would be so much better spent on a course like this. It doesn't matter if you've never raced before, have one season under you like I do or if you've been racing for years, there's always more to learn!

It's really made me think about my race at Cathkin this coming weekend. I won my category there last year but Masters is no more and I'll be racing in the Expert/Elite category for the SXC now.  A much bigger challenge but I'm motivated and up for it!

I missed a month of training in January due to illness and while my fitness seems to be back, it's still early days and my first race in a harder category. I therefore need to just race my own race and focus on my own process goals: the things I can control. This Dirt School coaching session with Rab has really helped me think about that and I've set myself some personal goals I can focus on, regardless of the other racers and regardless of where I finish. It's given me lots to think about for the year ahead and new tips and techniques I can use at any race. Rab also gave us a few handouts away to reinforce what we learned on the course and to refer to throughout the season.

Dirt School have more race craft courses coming up so check out their website for details and just think next time you go to spend some money on making your bike lighter or faster... maybe that money would be better spent on making you faster!

Check out the original article, and many more great reads on Dereks Blog.

For more details on DirtSchools XC Race Craft course then head to Dirtschool.co.uk