On Sunday 6th September, it was finally time to head down into the depths of Cornwall for Round 3 of the South West Cross Country Series. Being held at Falmouth Bike Park, a 4X track, the course promised drops, jumps, berms and rock gardens, all of which were sure to test my ever-improving technical abilities!

With the course opening at 9:30am for pre-ride, it meant an early start to get down there in time considering the 1hr 45min drive from Plymouth. Arriving just before, I headed up to the top of the course to register. The sun was out, and with no wind it was looking to be a warm ride on a dry course following a week of decent weather.

I hadn’t realised at that point just quite how warm my race was going to be! On returning to the car to get the bike ready and get kitted-up, I discovered I had forgotten to pack my usual jersey, and other than rocking the baggy tee and lycra-shorts combo, my only option was to opt for the winter-weight jersey I’d packed in case it was chilly for the practice laps early on.

The course started at the top of the 4X track leading straight into a drop off, followed by a few jumps, doubles and wide sweeping berms which made for a fun, fast-flowing start. It then zig-zagged down a grassy bank before a small stream crossing, and then a climb up and around a second field. From here, there was a fast descent back down to the stream, with a jump mid-way, before a long gruelling climb back to the top of the course, over a few of the ramps from the 4X track.

It was a surprisingly short course compared to previous races, but with laps taking approximately 10 minutes, it meant we’d have to do quite a few to fill the hour-and-a-half race duration, and given the heat, wardrobe malfunction and long climbs, I wasn’t much looking forward to it!

After another couple of practice laps, the race started at 11:30am. It was decided that we would complete 8 laps, which, whilst it meant plenty of opportunities to ride the fun features at the top of the course, it also meant having to endure the long climbs to get back up there each time! I set off on the first lap close behind the leading riders, but the heat began to get to me on the first climb and I began to drop back, with the gap opening up.

I spent the majority of the race on my own, too far off the leading pack to catch them, but the other riders were quite far behind me. I finished the race exhausted from the heat and climbs, 6th overall in Senior, and 1st out of the Sport riders.

I was a bit disappointed as I wasn’t feeling as strong as I’d have liked to have been, but I was happy that I rode the majority of the A lines confidently. I certainly won’t make the mistake of forgetting my jersey again though!

A big thanks to Carrick Riders for putting on a good race, and to Mark for the support and photos! 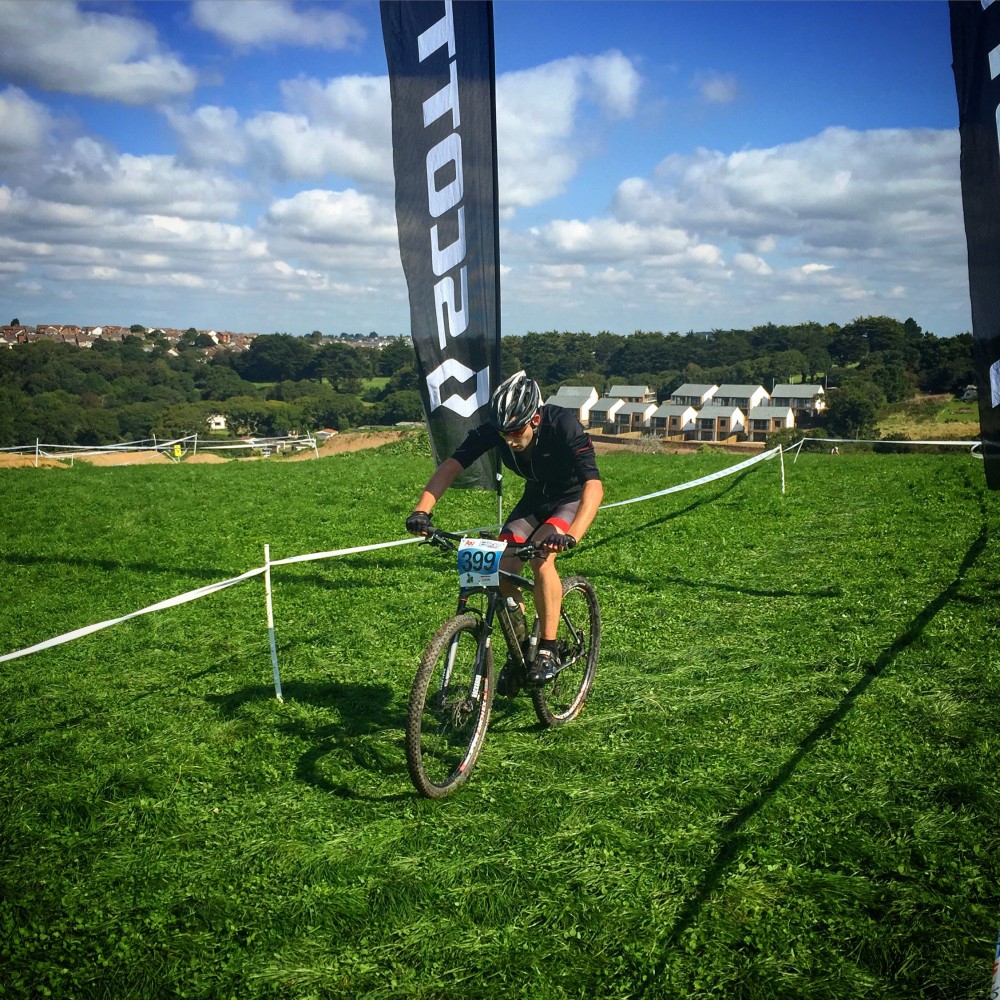