After rounding off the 2015 season with injury and some time off the bike, I was feeling slightly reserved entering my first race of 2016. Equally though, after following a structured training plan since the end of November, I was looking forward to testing my fitness to see where I was at, and whether the training was actually paying off!

Round 1 of the Soggy Bottom Series at Newnham Park followed closely after Christmas and New Year, and after enduring the wettest December on record, it was clear the conditions on course would be challenging. Thankfully, Fully Sussed had opted for a shorter, slightly-tamer-than-usual lap for the first round, meaning faster laps, but more of them!

Race day arrived and it was forecast for a miserable wet and cold morning with consistent heavy rain. Arriving at Newnham, I met with the rest of the team for a practice lap. Team Complete Cycle Works had the best turnout for an event yet with 6 of us racing. We headed off for a pre-ride of the course, and despite a few light showers, surprisingly it stayed mostly dry. 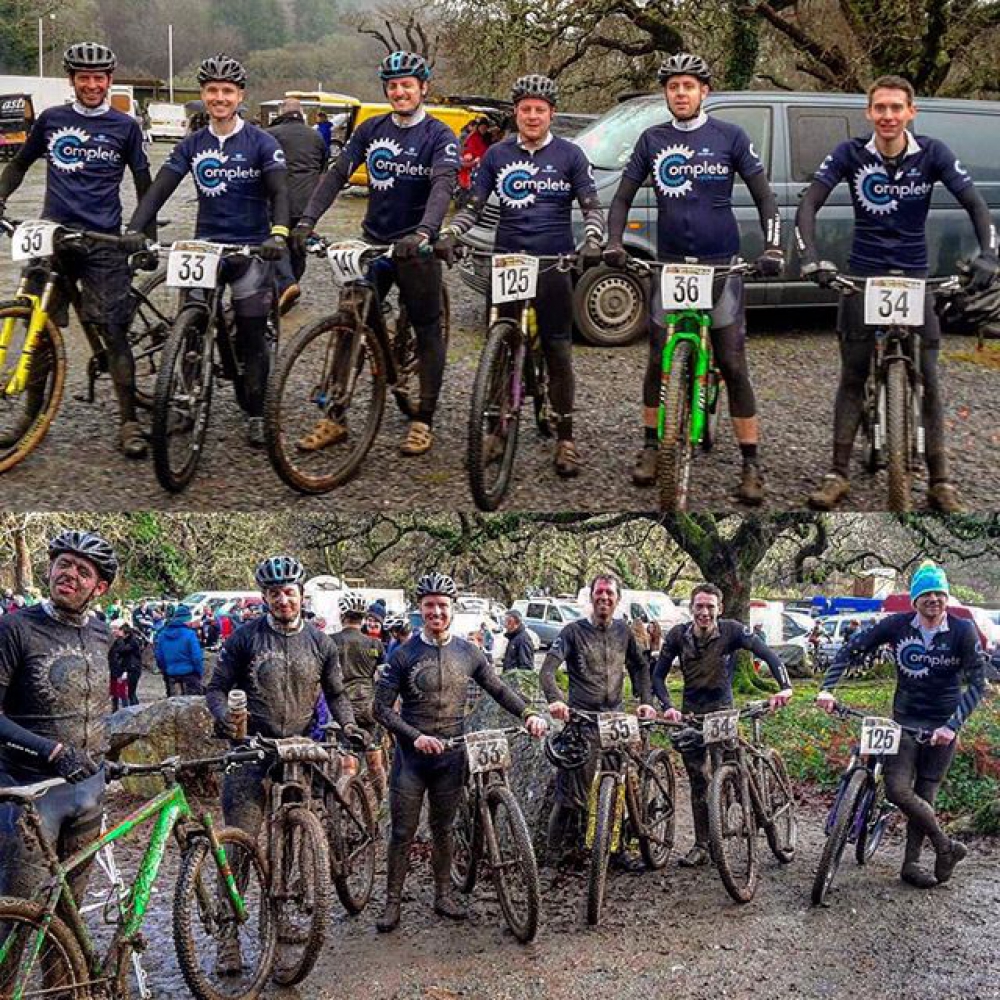 The course was fairly tame as advertised, featuring just one main steep climb, with the remainder of the course mostly tricky slippery muddy sections with the odd fast singletrack and fire road descent thrown in.

As we neared the start time, we headed back to change into dry kit and head to the start line. Like last years events the race featured a mass-start in the field with all riders along one line. As we waited for the race to begin, the temperature rapidly dropped and the skies opened, leaving lots of shivering riders eagerly awaiting the whistle!

Despite making a similar mistake last year, I ended up starting far away from the fire road running through the field, and as riders positioned right beside the fire road merged and shot off into the distance, I found myself wheelspinning in the mud as I fought my way across the grass. By the time I finally merged I had a lot of work to do to get near the leading riders.

The course led around a short starting loop before joining the main part of the course for the remaining laps. Sport riders were given 7 full laps on top of the start loop. After passing the race control cabin, it was straight into the long steep climb into Bluebell Woods. This was particularly narrow with limited overtaking opportunities, and maintaining traction was vital – lose it and you’d be pushing! Frustratingly this was something riders ahead of me discovered on their first lap, as they dismounted and pushed, bringing myself and other riders behind to a halt. Thankfully the climb widened towards the top, giving me an opportunity to push on and gain some positions. 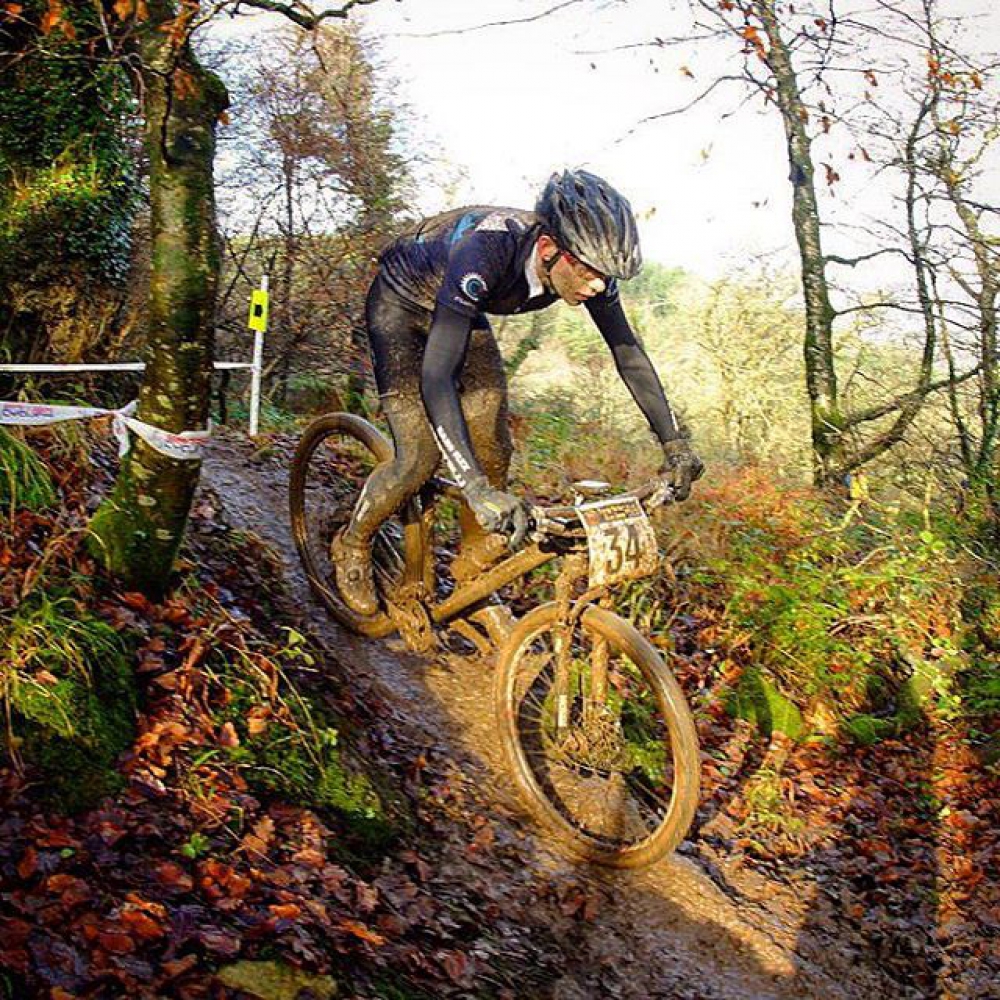 This led into the renowned Bluebell Woods, except there weren’t any bluebells around today – just copious amounts of thick slippery and sloppy mud! After winding through the trees trying to stay upright,  it was pretty much all downhill back to the start, with a fast fire road descent leading into a tricky technical drop before completing the lap and getting onto the next.

I managed to finish 18th out of 49 riders, a few minutes behind team mates Chris Agnew and Ross Wildman taking 11th and 15th place respectively.

All in all it was a fun morning of racing and a good early season fitness tester. Hopefully the trails will dry out a bit for the next round in just under two months time! 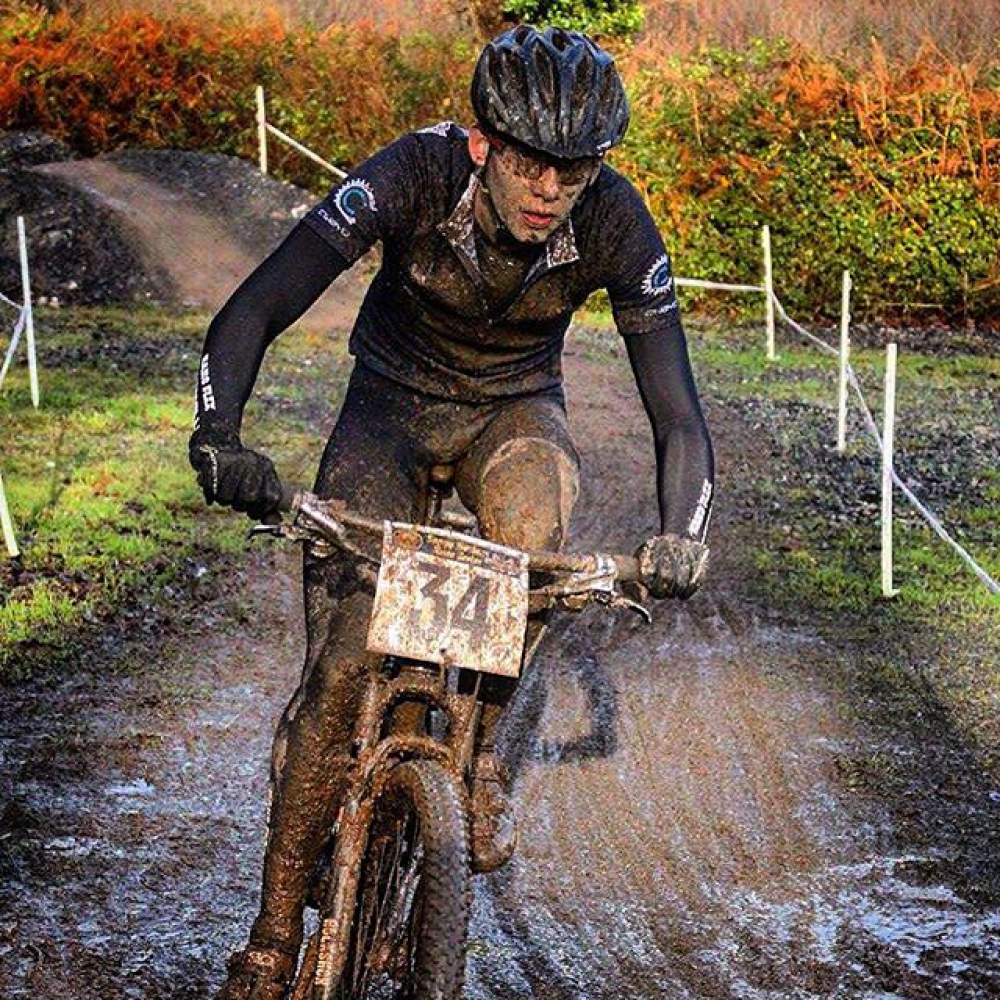