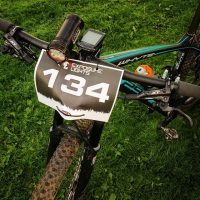 With the summer months and XC racing season drawing to an end, last weekend’s Scott MTB Marathon in Ruthin, North Wales, was the perfect opportunity for one last longer distance event before the off-season. Whilst not a race, the events are always challenging and a great way to push yourself should you wish.

Having thoroughly enjoyed the marathon events last year, I was really looking forward to Ruthin. With both the Exposure Lights Big Night Out 40km event on the Saturday night, and the 75km Scott Marathon on the Sunday morning, it was sure to be a tough weekend in the saddle, especially with the hilly Welsh terrain. I’d entered the same events last year, and after making fuelling mistakes and encountering mechanicals, I was determined to get things right this year and complete both events in much better time.

So on Saturday morning, Carla Haines (TORQ Performance) and I set off from Plymouth for the 5hr trip to Ruthin. After setting up camp, taking advantage of the pasta party and setting up our Exposure Lights whilst the sun slowly set in the distance, we took to the start at 8pm just as darkness fell along with about 100 other riders.

One of my mistakes from last year was going too hard during the night event and tiring myself out too much for the longer event on the Sunday, so I was aiming to take things a bit steadier this year. But that was easier said than done, and as soon as we hit the first climb up through the woodland, I found myself continually working my way through riders leaving just a couple ahead of me come the top.

Shortly after I passed one of the two riders, leaving just Charlie Craig to chase down ahead who was smashing it at the front with a considerable lead! I gradually managed to close the gap until we came across an extended boggy section on the moorland and I had a few slips and foot-downs whilst Charlie’s red flashing light disappeared off into the distance again.

It wasn’t long before the course split, sending the 40km riders along an extended detour which would later rejoin the slightly shorter 30km route. As I peeled off onto the descent, I had a good view of the course ahead, and couldn’t see any lights. ‘Wow, where’d he go?!’ I thought, as I carried on at pace along the undulating Welsh hills, but as I began to fatigue I thought I could hear someone making progress behind me. A quick glance around followed immediately by temporary blindness (Exposure Lights are bright!) confirmed my suspicions, as I pushed on for the final few km.

Unfortunately my efforts weren’t quite enough, as Carwyn Davies (Cycle-tec) blasted past me on one of the last descents and shot off back to Ruthin. I followed shortly after in a time of 1:49:34 to discover Charlie had been doing the 30km hence the disappearing act after the split, making me the second 40km rider back!

After last year’s epic energy crash, I was determined to prepare as well as possible for the following morning, so I headed out for a warm-down spin before necking some TORQ recovery and stuffing myself with Soreen to replenish the energy stores as much as possible. I really should consider buying shares in Soreen given the amount I’m getting through at the moment!

It was a chilly start to the Sunday morning as hundreds of riders began to emerge from their tents and prepare for the day ahead. Thankfully the sun made an appearance soon after, and it soon warmed up as we gathered around the start at 10am. The countdown began, and soon enough we were off and riding en-masse through Ruthin town towards the first epic climb of the day, the Bwlch Penbarras, gaining 260m in just 2.25km – certainly one way to get thoroughly warmed up! 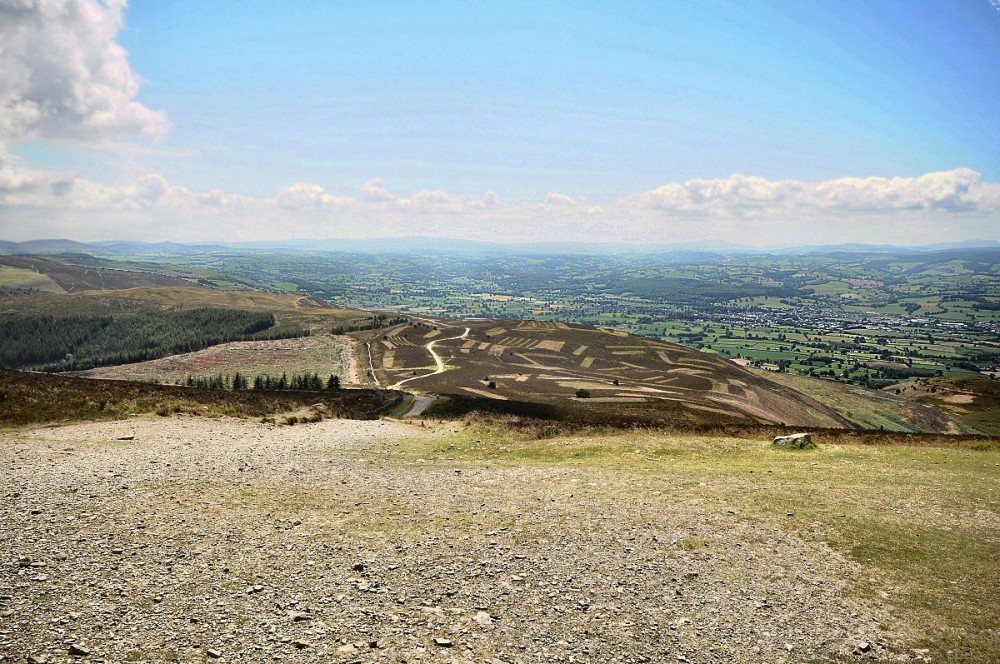 The views from the top of the Bwlch Pen Barras are incredible!

As the climb topped out, we joined some faster gravel tracks and descents which were familiar from the night before, before joining onto some slippery singletrack on the moor. Shortly after, things didn’t go too well. I lost grip on a greasy rock, sending my bike into a 4ft ditch as I fell and landed sprawled across a dry stone wall. As I picked myself up, I immediately feared a shoulder/collarbone injury, but it seemed the only damage was some severe bruising on the palm of my hand and a few scrapes on my knee and elbow. It hurt, but the adrenaline was flowing and I was determined to complete the full 75km, so I jumped back on and continued.

It took me a while to get back into it, and a few riders had passed me whilst I was down, but as the relentless climbing continued I did my best to catch them again.

My re-fuelling strategy from the night before seemed to have worked fairly well, and despite the legs feeling a bit heavy I had plenty of energy throughout, keeping topped up with TORQ Energy and Gels. The Haribo jelly babies at the feed stations were also a particular highlight and something to look forward to!

Just after the first feed station, I caught up with Carwyn, and we rode together for most of the remainder of the course, with Carwyn flying down descents, whilst I caught him up again on the climbs. Having someone to ride with really helped with motivation to keep pushing, especially on the longer climbs, and made the time tick by much more quickly.

As we passed the 50km split point, the hills kept coming as we climbed Burley Hill before a fast and fun woodland descent back down again. But as we approached the final 15km, the dreaded sensation of cramp started to tingle in my legs. It was persistent, and despite my best efforts to spin it out and drink as much as possible, it still lingered and caused enough discomfort to slow me down as I found myself riding alone again. As I hit the last feed station with just 10km to go, the bowl of salty crisps was a welcome sight (as well as the jelly babies!) as I topped up my bottles before the final and painful push back to Ruthin.

It wasn’t too long before I found myself meandering back through the park to the finish, just under the 4hr mark and 8th to make it back from the 75km riders, a massive improvement on last year’s 5:11:50!

Despite the crash at the beginning, it was a tough but thoroughly enjoyable event, and Ruthin remains one of my favourite places to ride. The atmosphere at the Scott MTB Marathon events is always super-friendly and relaxed, and the organisation was perfect as always.

If anyone is looking to take their riding up a level next year and experience riding somewhere new, you can’t go wrong with one of the Scott Marathon events. With 5 locations throughout the year, there are distances to suit all abilities on well marked and well marshalled courses. For more information check out www.mtb-marathon.co.uk.