ScotFollowing last weekend’s trip down to Falmouth, this weekend it was time to head up to Ruthin, North Wales with Carla Haines for the fifth and final round of the 2015 Scott MTB Marathon Series, and also the second round of the Exposure Lights Big Night Out events.

Arriving around 3pm on Saturday after the lengthy 5 hour drive from Plymouth, we had a few hours to get registered, set up camp and take advantage of the pasta party to fuel up ahead of the evening’s ELBNO ride. I’d decided to go big this time round, entering both the 40km night ride, and the 75km Full Marathon the following day.

As the 8pm start time grew nearer, the temperature began to drop and the breeze picked up, but not wanting to overheat on the hilly course ahead made kit decisions difficult! After a quick warm up spin to loosen the legs after sitting in the car for so long, we took to the start line along with around 100 other riders.

The race started with a neutralised start through the quiet town of Ruthin, before the lead vehicle peeled off and sent us up the first of many climbs to 1278ft. Having started towards the back, I’d managed to move up through the riders, and found myself sitting at the back of the leading group as we headed up the long climb, and as the road turned into forest tracks, I found myself sitting in third position. Safe to say by the top of the climb, I was pretty warm despite the cool evening!

The course was very hilly, a lot more so than I had anticipated, but there were a lot of fast and fun gravelly fire road descents, along with some more technical bumpy descents down and along the hillsides. I dropped back a few positions, but as the 20km riders joined us mid-route, it became harder to gauge standings.

The course eventually rejoined roads, giving a fast return to the finish back at Ruthin Rugby Club. Knowing the end was near, I upped the pace catching a few riders ahead of me – rocking a triple chainring still has it’s benefits!

I made it back just before 10pm, 5th back out of the 40km riders with a finishing time of 1:50:44. After giving the bike a hose down and having a quick shower to warm up, I headed to bed ahead of the 75km that would face me the following morning. 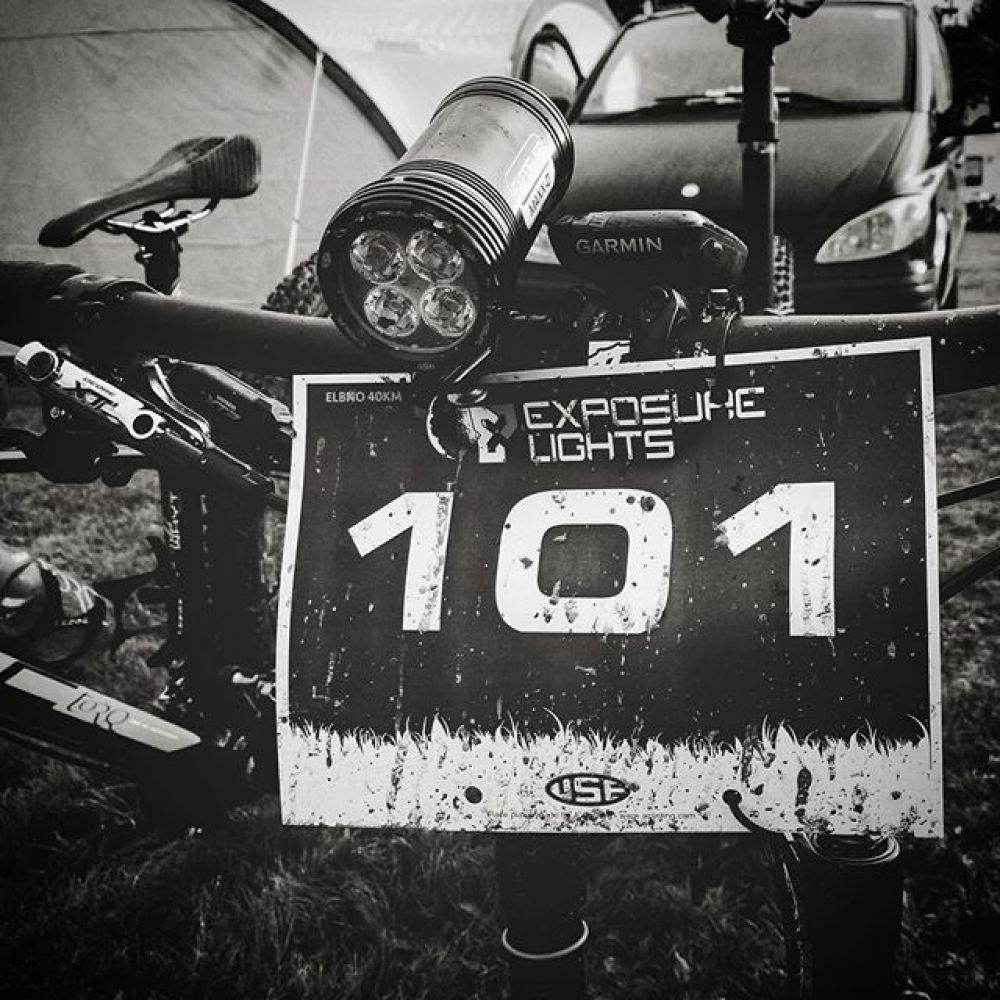 Waking early on Sunday, it was difficult to gauge how fresh I was feeling after putting in quite a hard effort the night before. My legs weren’t feeling too bad, but I was mentally tired following a late-ish night and being kept up by noisy campers until 2am.

Starting at 10am, I held back a bit during the neutralised start, but upped the pace into the first climb as other riders began to fall back. I was still feeling reasonably strong as the course lead into some tracks familiar from the course the night before.

After 20km though, things started to go wrong. After riding down one of the bumpier descents on the course, I could hear something rattling, and before I realised my front shifter had detached itself from my brake lever. I managed to wrap it around my other cables to keep it out of the way, and thankfully I was still in the 32t middle ring, although I was now limited to running 1×10 for the remainder of the ride.

By now the sun was breaking through and it was beginning to warm up. At around 30km, the constant climbing and riding from the night before finally got to me, as I ran out of drink and began to suffer, feeling empty and desperately hoping there would be a feed station soon.

Thankfully there was one at 35km, and much to my relief there was food too! Having already lost any chance of a reasonable finishing time, I decided to spend about 20 minutes scoffing cake, sweets and biscuits to ensure I had plenty of energy to complete the rest of the distance.

The climbs were relentless and kept on coming, with very little respite from the short and quick descents. I knocked off the pace a bit to conserve energy, and despite the temptation to cut short and take the 50km option at the final split, I managed to persuade myself to turn left and complete the full 75km.

The climbs continued, although the final 25km did provide more fun descents which made up for some of them. The course then rejoined some farm tracks and local roads, and knowing the end was in sight I found a sudden burst of energy and powered on to catch up with some other riders ahead of me.

I was 73rd back with a time of 5:10:00, which, whilst not my best performance, I was pleased to completed the full distance in my tired state. It’s always nice to be able to ride somewhere different and experience different terrain and riding conditions, and at least I know to expect plenty of hills next time I’m riding in Wales!

A massive thank you to Cycle-Tec for putting on yet another great event – I’m looking forward to next year’s series! Also thanks to Carla for the company and making the 10 hours of driving bearable!

Next up, I’ll be keeping it local with the Hell of the West on Dartmoor at the beginning of October. 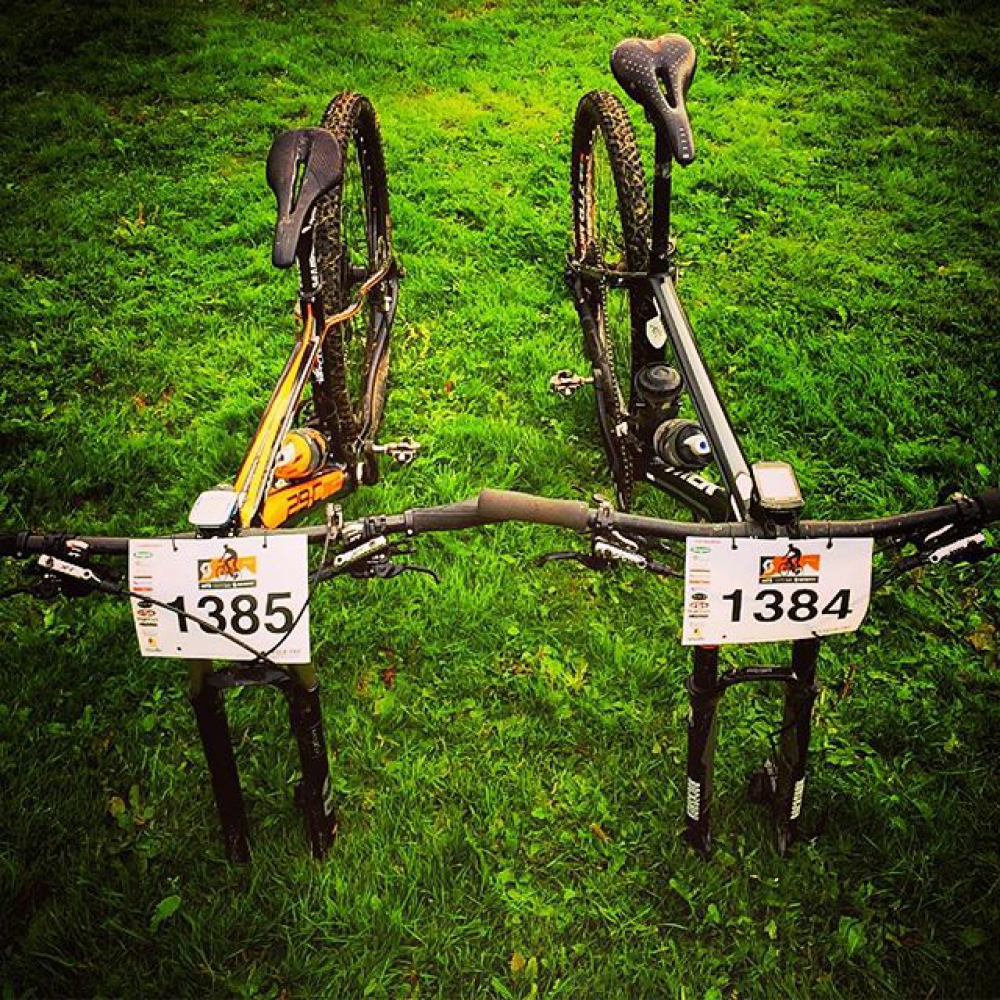