You might think I ride Trek bikes because I am sponsored by the Alpine Bikes Trek Store in Glasgow.  But it's actually the other way round . . . I bought a Trek bike from them first and the sponsorship thing came later.

The reason I mention this is that I first tried the Trek Superfly I eventually bought at an Alpine Bikes demo day at the Glentress 7Stanes trail centre back in April 2013.  I had decided to get myself a lightweight 29er XC bike and had no idea what to go with.  I had narrowed it down to a few manufacturers and knew I wanted a full-suspension, but it was only through trying the bikes at that demo day, on actual mountain bike trails (not a carpark!) that I made my mind up the Trek Superfly was for me. 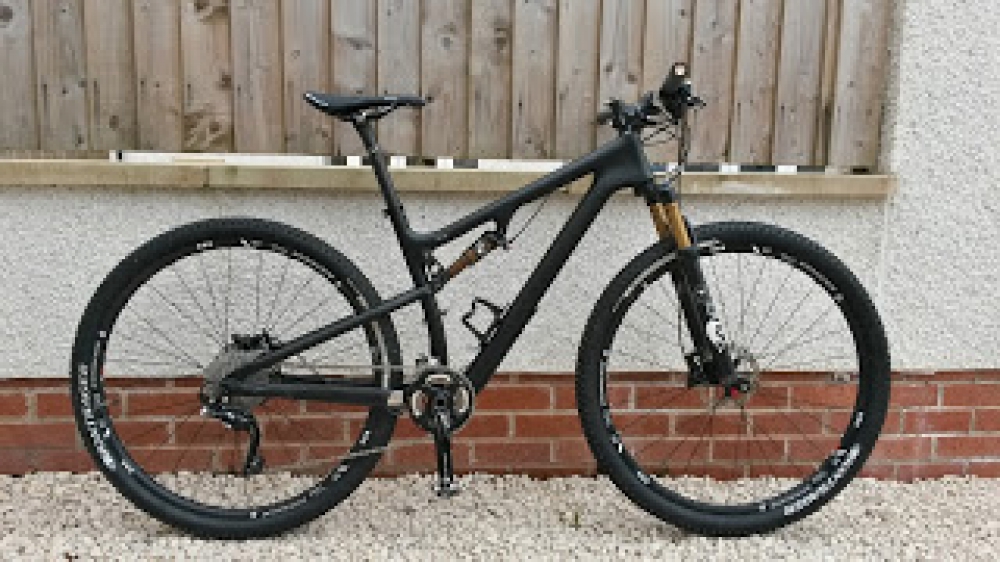 So I was really pleased to be invited along to an Alpine Bikes Trek demo day at my local Cathkin Braes Commonwealth Games track on Saturday 13th June as part of Bike Week, to help other people make their mind up about what their next bike purchase may be. 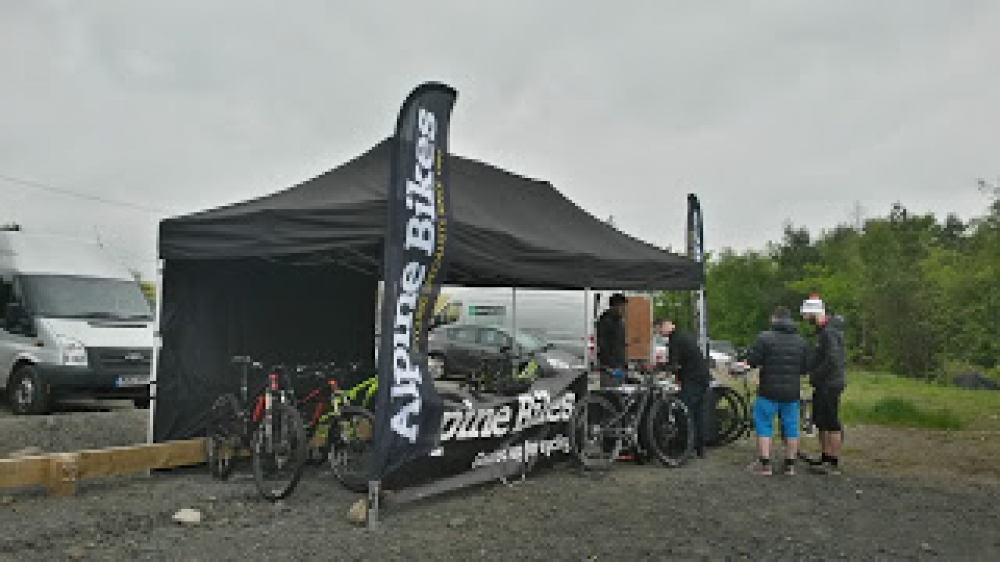 I left the expert advice on bike choice and set-up to the staff from Alpine Bikes and Andy Dodds from Trek, who were there to advise potential customers, but I was able to advise people on why I went with my specific bike choices.

I brought along my Project One Superfly so that people could see what you can get by using this custom scheme with Trek and also had my Superfly 9.8 SL Hard Tail with me to do some guided rides. 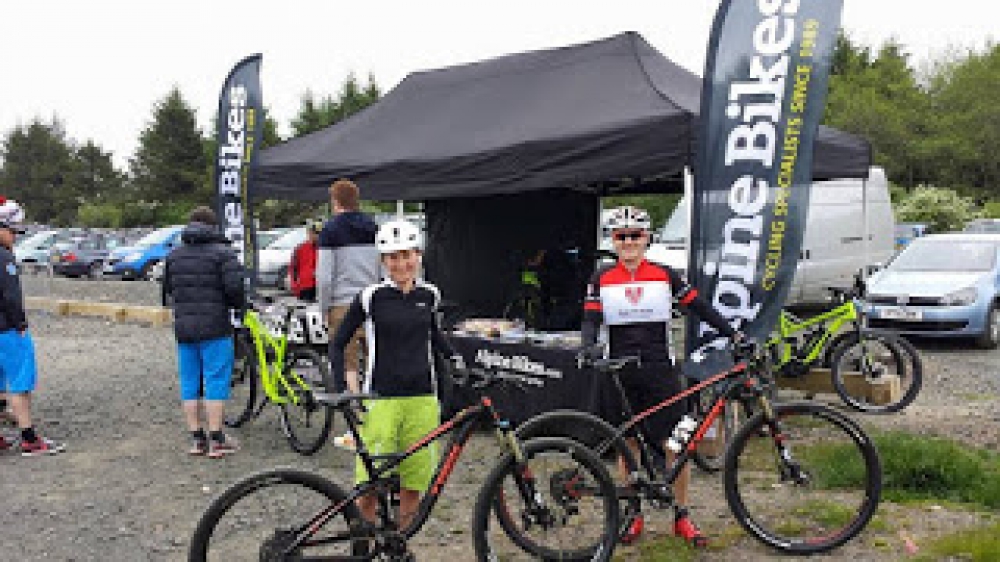 I'm not a qualified coach, so instead, I just took people round Cathkin who perhaps had not been there before and chatted to them about the track, showed them some of my racing lines and spoke to them about what they were looking for in a bike.

It was a good day with several people really enjoying the Superfly and Fuel EX models that were on offer, both great bikes for a trail like Cathkin (and the Fuel being a brilliant "do it all" bike). 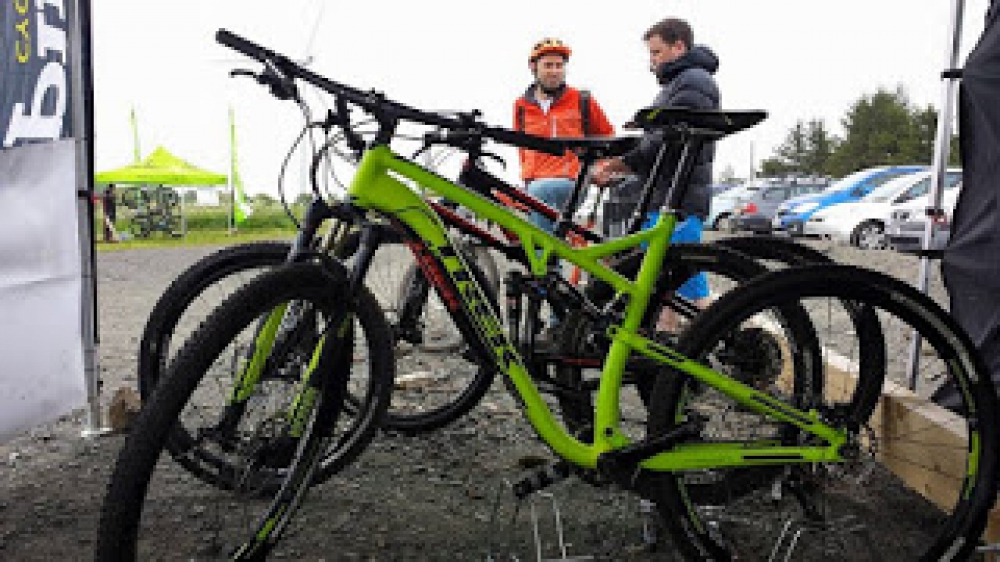 It was great to see someone in particular go through the same process I did 2 years ago.  He hadn't even considered Trek but after trying a Fuel EX (with 27.5 inch wheels - it's available in that or 29 inch) he was completely sold on it being the right bike for him.  I really do believe that it's only in using the bike on a mountain bike trail that you can make this decision.  Without feeling the size, geometry, handling, suspension, how it climbs, how it descends . . . and so on . . . you just don't know if you're making the right decision.

I also took Davy Wright out for a ride.  He's an outdoor/adventure blogger and really enjoyed trying out a Fuel EX9.  Check out his blog.  I have to apologise to him for not warning him about some of the technical features on the trail but he was so confident despite not having done a lot of mountain biking!  Well done Davy!

My wife Heather also popped along as she's been considering a 27.5 inch wheel size due to being perhaps a bit small for a 29er and some great advice from Andy Doddsfrom Trek helped her get the right size and has pretty much made her mind up. 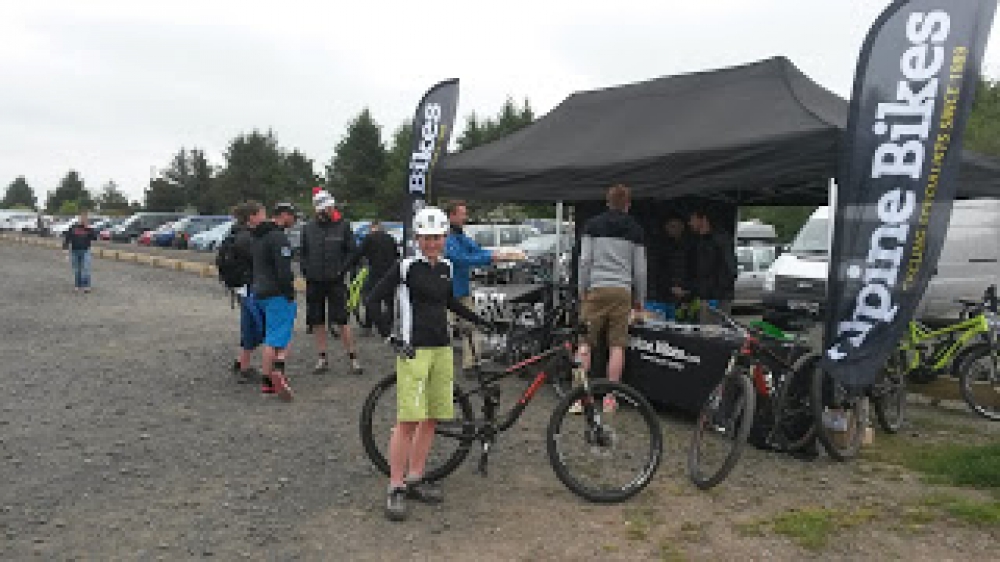 It was a good day, with some youth racing also going on at Cathkin, other bike shops there with demos, and an airbag for those who wanted to try a backflip in the comfort of knowing there's a soft landing!  I chickened out . . . sorry! 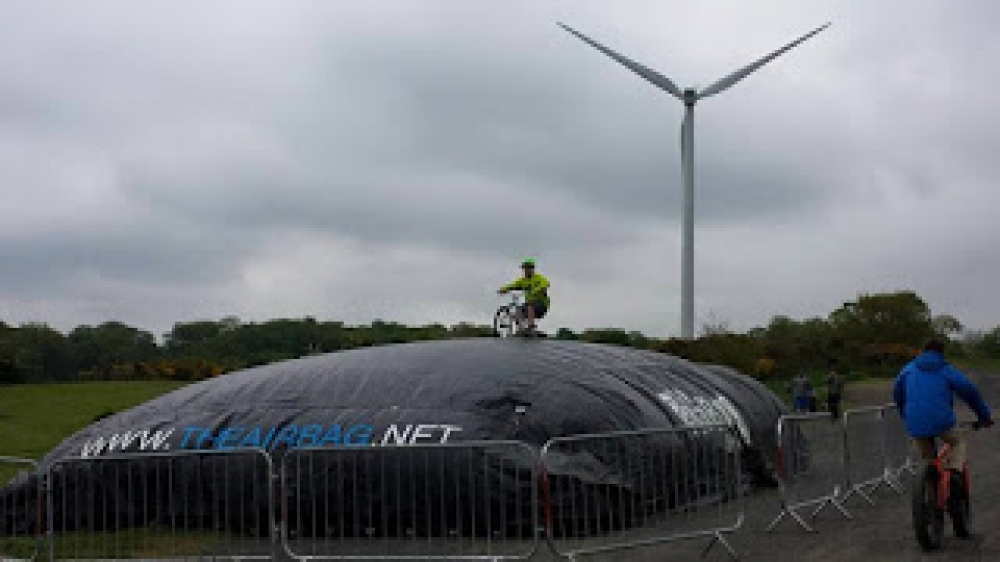 Alpine Bikes had some discount vouchers as well as a chance to win a Go Pro, and you can pop along to see moreBike Week events with them this week.  There's a bike breakfast for us cycle commuters on Tuesday morning on Buchanan Street in Glasgow (free coffee and a pastry!) and a Trek Ladies Night on Wednesday evening (you don't have to be a lady to go!).

So, next time you're deliberating what bike to go for, ask your local bike shop or at your nearest trail centre if there are any upcoming demo days.  They don't just happen at the start of the season, but all year long, so make sure you get on the trail and try before you buy!  A mountain bike is a big investment and these demo days are great for making sure it's the right one you end up throwing a leg over!

Check out the original article and many more great reads on Dereks Blog.