I’ll begin with a little context.

Until just over a week ago, I thought the last race of my season was going to be the UCI MTB World Cup in Andorra. A snapped chain on Lap 4 in 66th position meant I’d been forced to abandon, which was incredibly frustrating.

After a bit of a rest once back in the UK, I then started training for 2017, and one of the first things I did was to start easing into running. As in previous years, I ran (quite literally) into problems and found my left knee seizing up quite a bit. This forced almost a 7-days off of the bike. At around the same time, I’d decided to sign on for the Pearl Izumi Cup final in Sittard, Netherlands. Not exactly the best timing, but the World Cup DNF had given me the feeling of unfinished business.

Cutting a long story short, I managed to get walking properly by the day before the race, and headed out on the course late on Saturday for a few practice laps, testing out the knee as much as learning the track.

I have quite a love/hate relationship with tracks in countries like the Netherlands and Denmark. On the one hand, they’re a lot of fun to ride, and often have lots of tight singletrack and some good technical features.

On the other hand, and as you might expect, any climbs they do have are short, steep and very punchy, making the racing incredibly tough. Passing can sometimes be tricky too and the tracks often suit larger, more powerful riders. You never know until you ride them though.

This course at the Watersley Sport and Talent Park didn’t break the mould, and the track demanded full concentration at all times. The start of the race shot us up a steep tarmac climb and into a lap that featured a log drop, a steep rock garden, a sand pit and plenty of off-camber trails linking them together. Fun to ride, brutal to race… 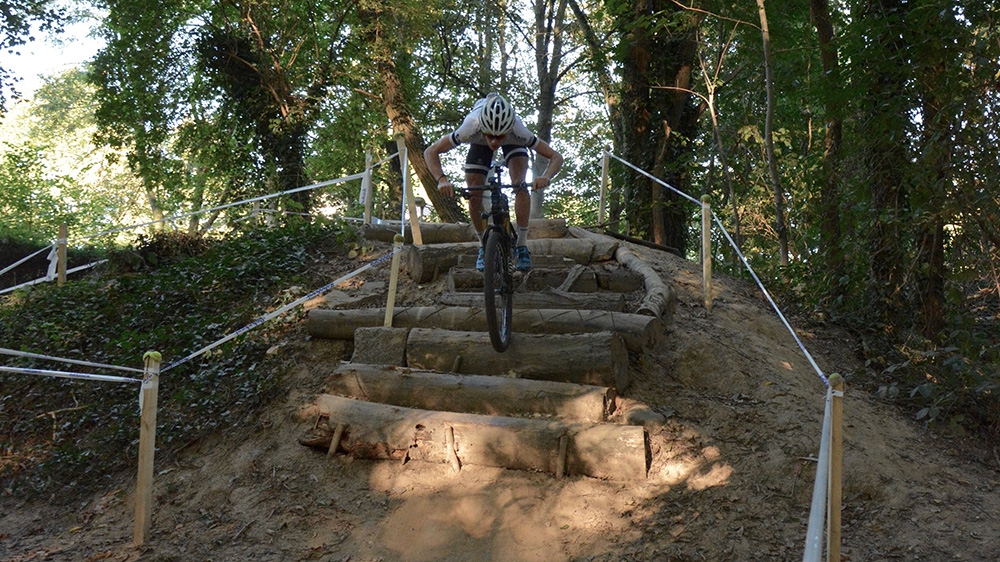 Gridded 11th, I got a steady start off the line, having to feather the brakes a little to avoid colliding with riders moving from right to left. I settled in for the first lap, and was anxious to keep things upright on the loose singletrack, which had been washed out further by the earlier women’s race.

Racing after a week of almost no riding does funny things to you sometimes, and by lap 3 I was starting to tire. It’s difficult to judge your effort and your condition in these circumstances, and in this case, the lack of time on the MTB leading up to the event complicated things further. You quickly forget the kind of suffering you go through in a cross-country race and when it’s not fresh in your mind, it can be difficult to deal with.

After staying calm and taking a slower lap to recharge a little, I caught a second wind and by the 9th (yes, 9th) and final lap, I was starting to ride quickly again, catching back up to riders who had been out of sight for most of the race. I’m hesitant to say I would have liked another lap since I was completely wrecked by the finish, but I do think I’d have passed a few more riders who had obviously slowed up considerably the final time around. 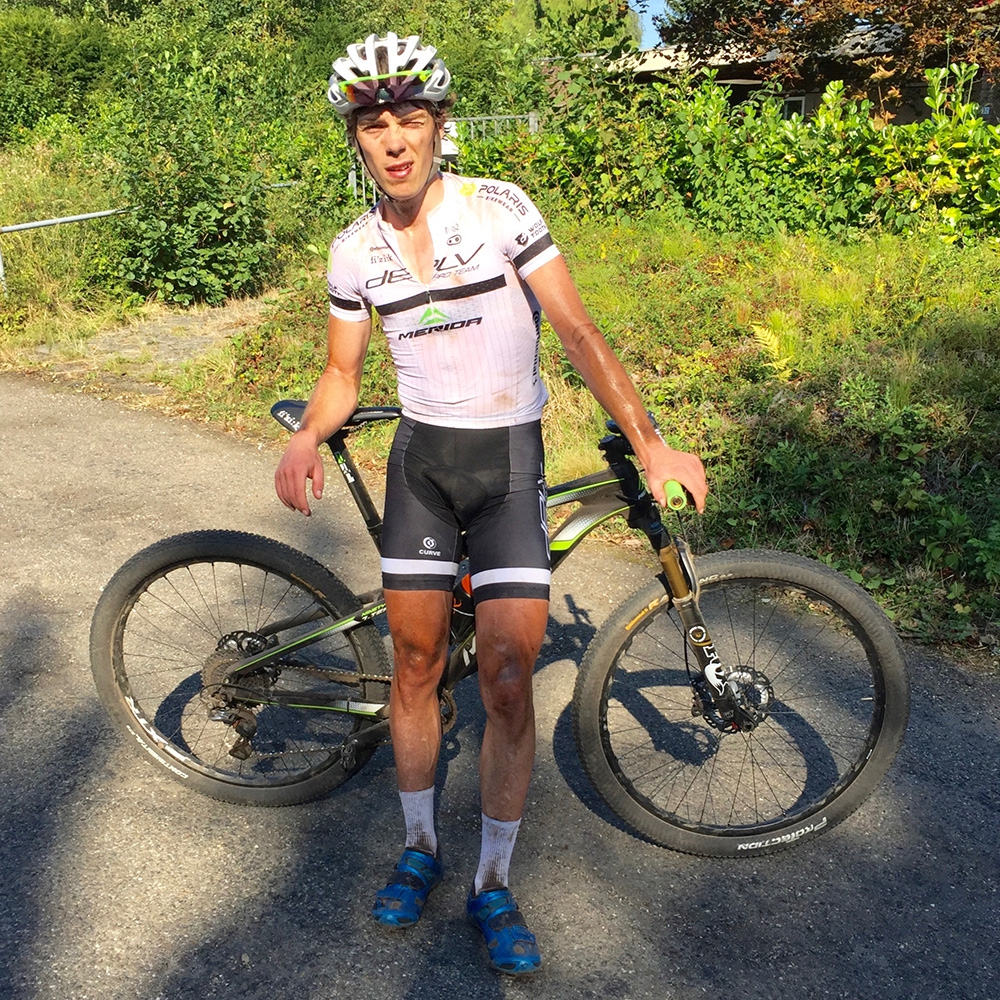 Results-wise, I came in 18th, and all things considered, it was good to finish the race and feel that the knee was getting back to normal. Nothing would have been worse than another DNF.

Don’t get me wrong though, it’s far from what I wanted and was capable of, but there’s something to be said for going into the winter with a less-than-satisfactory result to close out the season. It keeps you hungry and eager to train smarter and harder for next year.

Looking back, it’s been a good season that ticked off some goals (go to a World Championships, podium in an Elite national race, compete in my first world cup to name a few), and I think I know what I need to do to make a bigger step up for 2017.

If you fancy taking a look around the bike I was riding, here’s a photo guide to my custom Merida 96 Team bike: tombell.co/blog/racebike.