Original post: We've been lucky enough for the 2 months to be testing the Vittoria Mezcal 29 at our local summer series soggy bottom at Newnham park, Dartmoor National park and summer Sunday spins to the cafe with the other half. Installing the tyre was pretty uneventful, with the Bontrager flash charger gone are the days when you need to use tape, bucket loads of water with soap along with praying to the gods hoping it will seat and seal. I had these on the bike and out the door within 20 minuets. Initially for all test products I use a local loop, the loop includes a long fire road descent, short fire road climb followed by some loose gravel drops on to route 27 before taking to Cann woods blue trail.

Lets not kid ourselves here, before we even purchase a product we think about how its going to look on our bikes... these do not disappoint, Grey sidewalls, black tread, these matched perfectly with my current set up! 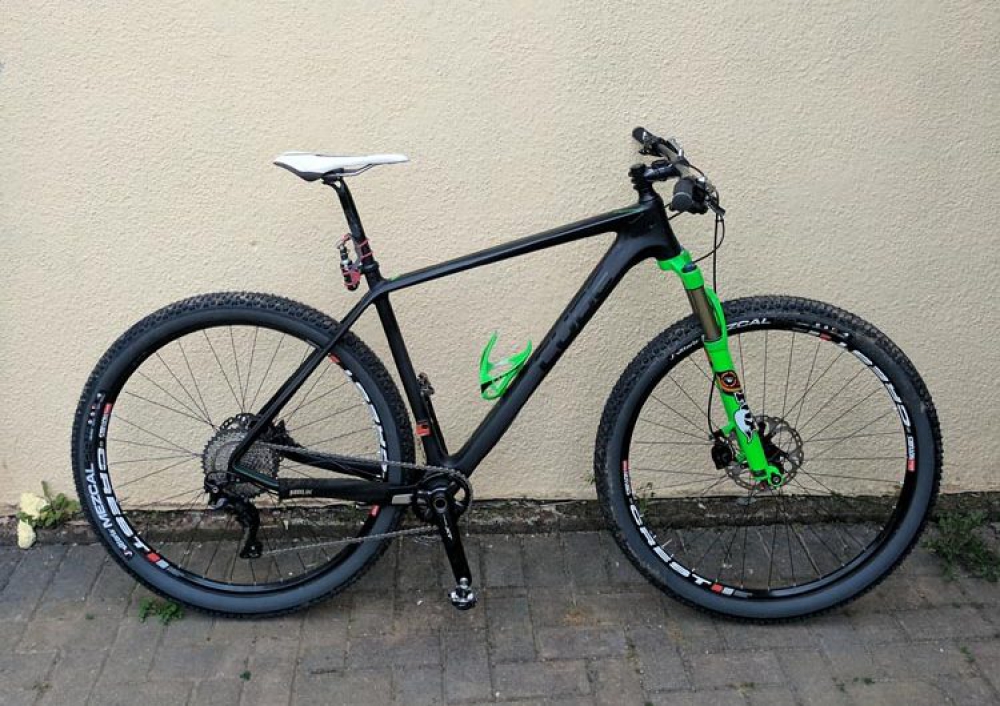 Now for the ride... These are great, rolling down the hill they are noticeably quieter than my previous tyres, great grip in the corners as well as great traction, once on the tarmac section of route 27 the bike was moving along with little resistance and less road noise, the feeling of sluggish turning of the pedals over when on tarmac was absent. The blue trail starts with a real punchy loose gravel climb, which when out the saddle you get a lot of slippage with.  Now, I'm not about to say that was completely gone, but it was less than expected, I do not think you will ever find a tyre that will not slip on this climb. The grip and confidence these gave when in the berms and short sharp climbs was great, I did have a few moments where on wet roots traction became less than expected but I think this was more my setup, less the tyre! Our long term test for these vitoria saw us taking these out on Dartmoor for 3-4 hr rides, normally in the rain & these worked very well. Anybody who has spent any time in / around Dartmoor will know that when it rains, it gets boggy and its a slog, these did seem to not hold on to mud for very long once you got back on to firmer ground which is nice, nobody likes being flicked in the face with mud for any longer than is needed! After experimenting around with some tyre pressures traction in the wet became a lot better, however I think if you like your PSI in the higher side, you may have to compromise on the grip a little. Now I have to be honest, I went in to testing these with a bad history of using Vittoria tyres, I had pretty much decided never to use them again based on having more punctures with road tubs in 1 month than 5 years of using other brands, HOWEVER these have changed my mind, its clear that a lot of time and research has gone in to making these. so much so that I'm considering trying out the road tyres again, I'm hoping with the cross season coming up that the cross tyres they do will be as good as these! All in all, a highly recommended tyre.

Updated 2022:
Now that we've been running these ever since this review, we considered coming back and giving an update to answer some of the more common questions.
How long does the tread last?
The last set we had lasted well over 2,000 miles, most recent set has lasted well.

Do the tires provide good traction?
yes, i would say they do. I now switch between these and the Barzo for winter months when we need just a little more grip.

How well do the tires corner?

I would say these are great summer tyres, however once it starts to get sloppy and wet you'll need more traction, such as the Barzo'

The Mezcals are very fast, during summer months its hard to find anything better!

Is the Vittoria mezcal tubeless?

Yes, both Barzo and Mezcal are now tubeless ready, they are TNT tyres (Tube/no-Tube) which means they can be set up tubeless