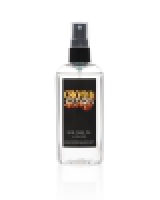 All cyclists know it. We don't tend to talk about it. But we know how important it is. Comfort in the saddle is absolutely crucial to enjoying your time on the bike, especially when you spend many hours on a bike like I do. Not only do I compete in longer duration endurance events, right up to 24 hours in one go, but I typically spend many hours in the saddle each week training. Last week, it was 16 hours, including a 3 hour road ride and a 3.5 hour mountain bike ride.

Comfort comes down to a lot of factors - bike fit, body position, cleat position, clothing, and saddle choice. Despite a great bike fit, excellent pads in my padded bib shorts and a saddle that fits really well, I, like many other cyclists, have still suffered from saddle sores.

You learn to just accept them. You just accept that it comes with riding for many hours - your nether regions are going to hurt and you may have the odd saddle sore. It's inevitable, isn't it? With all that movement and chafing, surely no padded short, perfectly shaped saddle or chamois cream can stop you getting the occasional saddle sore?
Well, think again!

I've used "traditional" chamois creams for a few years, believing it was the only way to prevent saddle sores and stay comfortable in the saddle. But I still got saddle sores. These creams are unhygienic, can ruin the pad on your expensive cycling shorts, and often just rub off over time, leaving you with no protection and the eventual inevitable discomfort and even sores.

It takes a lot for me to call something "revolutionary" but I have discovered a product that genuinely is. It's not the latest piece of shiny carbon bike kit; it's not the latest power meter; it's Crotch Guard! An amazing alternative to traditional chamois creams.

I came across Crotch Guard on Twitter and they kindly send me a 1oz bottle to try. It lived up to every claim on the Derma-Tect website:

• It's hygienic to use - no gloopy mess all over you, your hands or your shorts. Just spray it and that's you!

• It naturally moisturises and they even recommend using it on days off the bike as it is a skin care product, not just a cycling product

• It absorbs into the skin, rather than sitting "on" the skin like traditional creams that then just rub off and do nothing

• It doesn't damage your padded shorts

• It's anti-bacterial and hypo-allergenic

I've been using it for two weeks now, including those two longer rides over the weekend there and have not had a single saddle sore or any discomfort at all. I'm typically using it once or twice a day and the 1oz bottle is still about half-full so the estimate of that bottle lasting 3 to 4 weeks is spot-on. For me, that would save me money compared to how long the traditional creams last.

I realise it's not the most exciting of topics but it's such an important part of cycling not just for comfort but for your health. Not only can serious saddles sores need attention from your doctor, but they could lead to infection that then keeps you off your bike for weeks.

I'm so impressed with this product I've offered to continue promoting it in the UK. I want to be completely transparent about this - I'm not raving about Crotch Guard because they sent me a free bottle of it . . . I want to promote it. That's how impressed I am. It really has revolutionised my comfort on the bike!

They're sending me a few more samples so if you see me at a race or out training, give me a shout and I'll give you a sample. They are in the final stages of sorting out distribution in the UK, but in the meantime you can order it from the Derma-Tect website. When this does hit the shelves in the UK, it's going to fly straight off them - just try it and I'm sure you'll be convinced! If any UK distributors or bike stores are reading this, you should get in touch with Derma-Tect now, as this is going to be so popular once more people try it. I've not heard a single negative review yet from any other users.

So, without a doubt, I score Crotch Guard 10/10. Try it and you'll never use another traditional chamois cream again, and you'll be doing your comfort and health a massive favour in the process!


Read the original review at www.derekshanks.co.uk

Disclaimer: From time to time we include reviews from outside sources. Although we endeavour to make sure they give an honest and objective representation of the products/brands involved, the final conclusion and ratings provided have not been reached by UKXCNews.com.