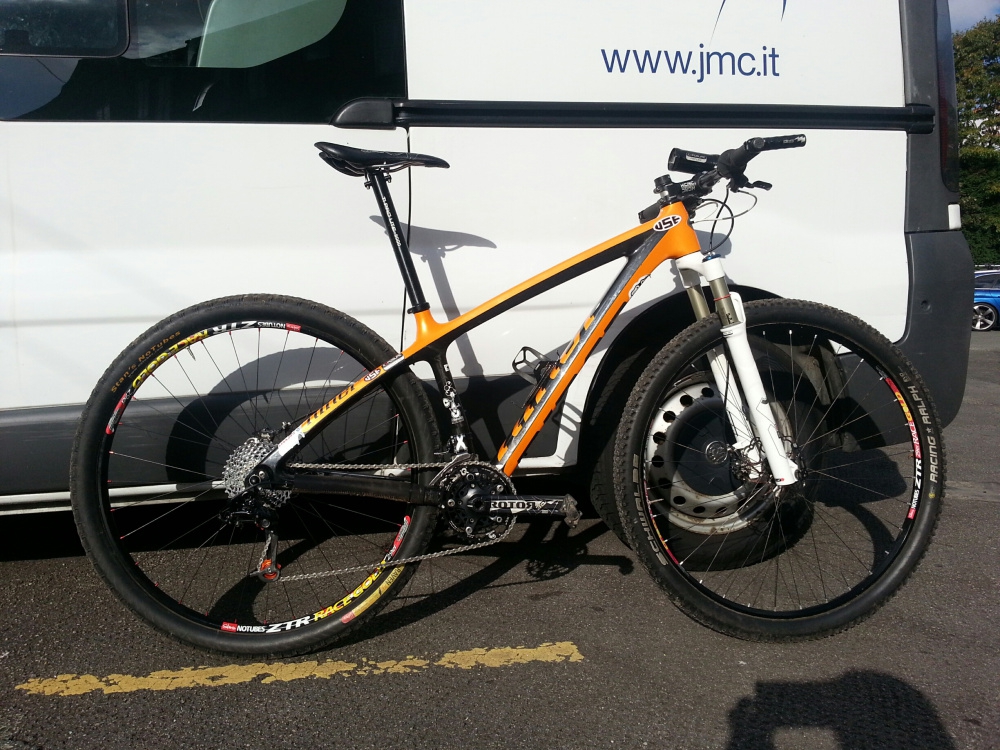 Although the phrase "what tyres for...." seems to be a standing joke in the MTB world, the fact is that some tyres are definitely designed with a certain set of conditions in mind. UKXCNews has been testing some 29er Rubena Zefyros tyres, and found them to be a prime example of this.

Rubena tyres are not necessarily one of the best-known brands here in the UK, originating from the Czech Republic, but they're starting to make inroads as a brand, e.g. through sponsorship of the Mud, Sweat and Gears series.

We also noticed a number of riders using them at the recent Sudety MTB Challenge in Poland, including riders from the USA.

The Zefyros are billed as hard-pack, ultra-dry tyres, and Rubena suggest that "this tyre will excel on rocky, technical terrain where the need for a shallow knobbly tyre is a must"

We tested the Tubeless Supra 29x2.25 versions, with a dual compound construction (the grey line on the tyre being the softer compound for extra cornering grip). They're advertised as 127 TPI, and 520 grams (a few grams lighter than the popular Racing Ralph in a similar size) 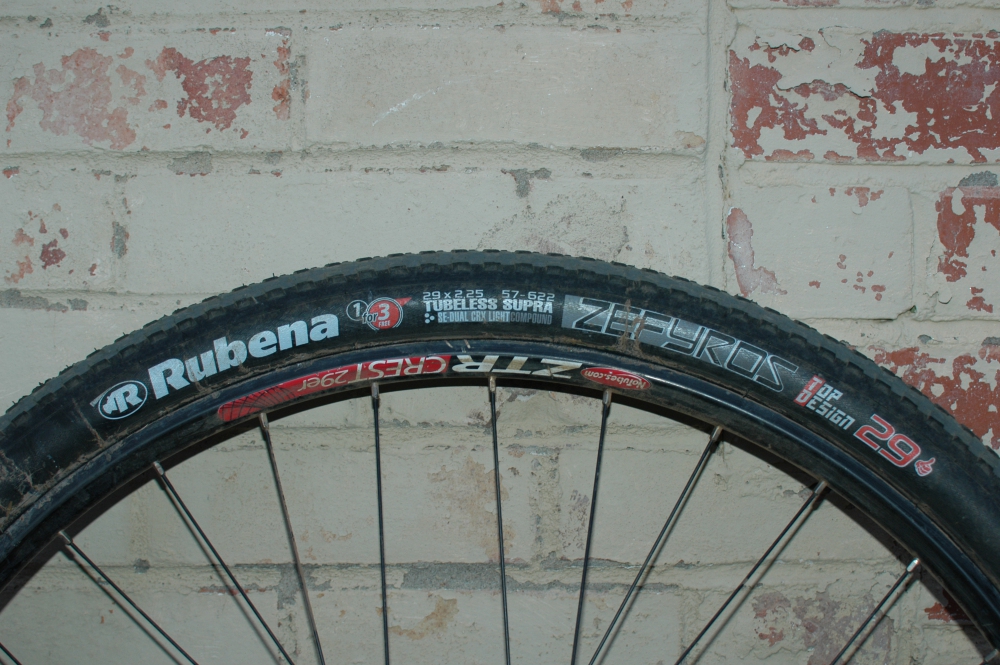 We ran them tubeless with sealant, a configuration which took a while to set up on Stans Crest rims - these tyres are a tight fit! A few blasts of gas and some working of the bead were required to get them seated comfortably. Once on the rims, they looked a little narrower than the advertised 2.25, and the vernier confirmed that on these rims they only sized up at 2 inches.

Always reluctant to race with or on anything we haven't tried in training, we put a few training miles on the tyres before we raced them. Conditions varied from dry to slightly damp, and the Zefyros seemed happy enough on anything but really wet terrain.

Obviously the UKXCNews ethos is to conduct real race reviews, so we decided to push the tyres a little in a race situation. Race of choice was the Friday Night Summer Series round at Mallory Park. This venue is classic grass-roots racing territory, making the most of the grass, gravel and dirt around a tarmac race track. Conditions were very dry and dusty, so theoretically perfect for the Zefyros.

In use the Zefyros are  a fast rolling and capable tyre in a straight line. The narrow profile caused no problems, and even on the short, super-steep little banking ascents, the rear managed to hook up on something to provide traction.

Where the tyre struggled a little was in anything loose. Sections of gravel or even loose dirt were frankly a bit sketchy in terms of front wheel wash. This characteristic is obviously a function of rider skill and feedback as much as tyre design, and can be compensated for after a while, but it does take some getting used to. They can't be thrown into corners with the confidence of something like a Rocket Ron for example.

As a dry conditions race choice, the Zefyros excel as a rear tyre, and for a skilful rider would work as a front as well. We'd have to say that the benefits of the fast-rolling nature are outweighed by the sketchiness on the front though, and might be best paired up with something a little more aggressive. Rubena produce the Scylla to fit this bill, essentially a Zefyros with taller knobs.

As a tyre brand the Rubenas are certainly worth exploring for those riders seeking an alternative to the norm, and you can find out more at http://www.rubenacycle.co.uk