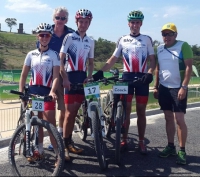 Another edition of Sunday morning Race Bike Focus, and this time UKXCNews is pleased to showcase Rachel Sokal's Specialized Epic Marathon. Linking in neatly to our build-up to the WEMBO 24hr World Championships, Rachel is the current UK National 24hr Champion, and will be hoping to make an impression at WEMBO. So as not to give away too many secrets, this piece focuses (for now) on how Rachel runs the bike for her other racing love - stage racing. As we'll see, this is not just a case of a rider 'tweaking' their bike to their racing needs, as Specialized add some excellent design touches of their own to make this bike perfect for Marathon and Stage Race events.

"I’ve been really lucky to have the support of Leisure Lakes bikes in Nottingham / Derby this year. And with this support came the perfect opportunity to upgrade my race bike and with it the first world problem – what bike to choose. 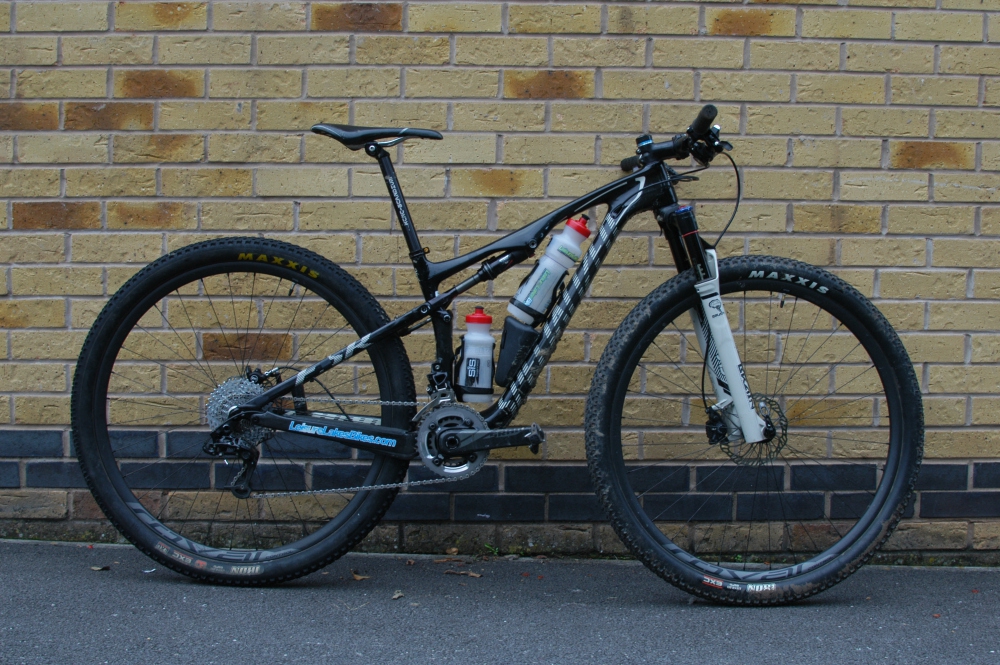 With a number of stage races planned I had a few key requirements. Firstly, efficiency – I decided to sacrifice the better handling of a small wheeled bike for the smoother rolling of a 29er. For many racers wheel size might not be a consideration but my previous experience of riding 29ers had left me undecided on which was the better option for the riding I do and my height, strength and skill. Secondly, reliability – whilst über light components are always nice, experience has taught me that I need my bike to be sturdy enough to take hours upon hours of riding with some tired and clumsy handling, fixable in the late evening half way through a stage race and spares easy to obtain at short notice. Thirdly, tired-ride-ability – a stiff responsive bike might go fast when you’re full of beans at the start of an XC race but they’re mighty difficult to control after hours and days in the saddle. I wanted something that allowed me to sit down and spin so I can conserve as much energy as possible but something that also transfered as much power as possible into moving me forward. And finally, ideally I wanted something that would take two bottles so I was able to carry enough on my bike to get between feed stations on stage races without having to sacrifice precious pocket space or carry a rucksack.

All in this led me to the Marathon version of the Specialized Epic (there’s also a slightly steeper and more minimalist XC version). I’ve had great fun riding this bike and it has done everything that I needed it to do. In fact, I’ve rarely ridden or raced on my hardtail this year as the advantages of comfort and traction outweigh the slight weight penalty.
The Epic has 100mm of front Rockshox and rear Fox travel. Both ends have Specialized’s Brain technology so it’s firm on smooth terrain, doesn’t sag under pedalling forces and works on rough terrain. And all without the faff of little levers to switch the suspension on and off. So all I have to do is sit and pedal without worrying that the little power I put out is being absorbed. With this, the Epic maintains an immense amount of rear wheel traction and I’ve ridden up a lot of stuff that I’d normally struggle on without having to go all out. 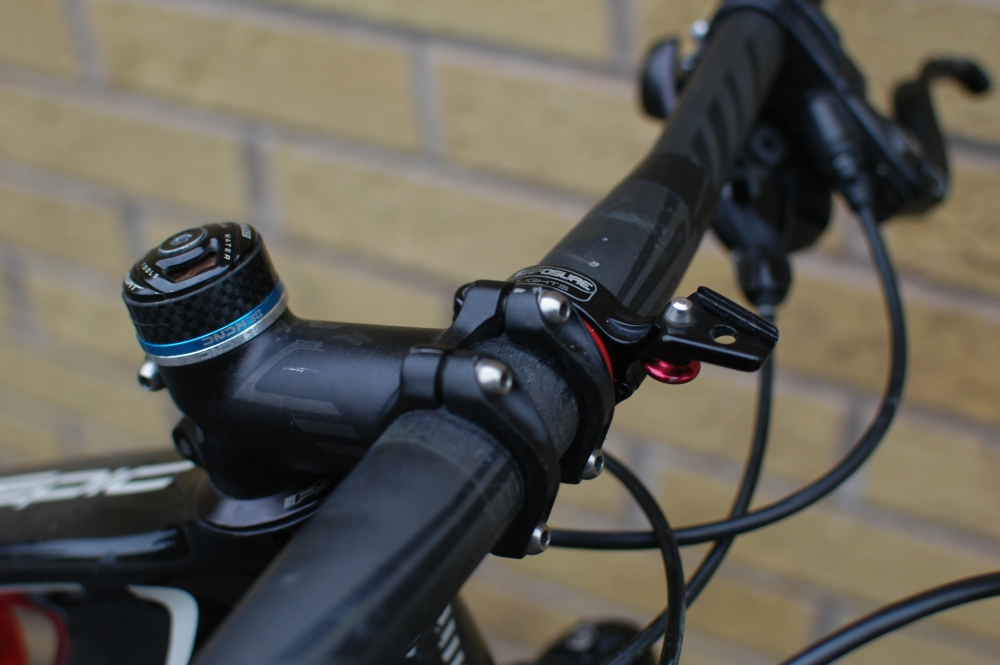 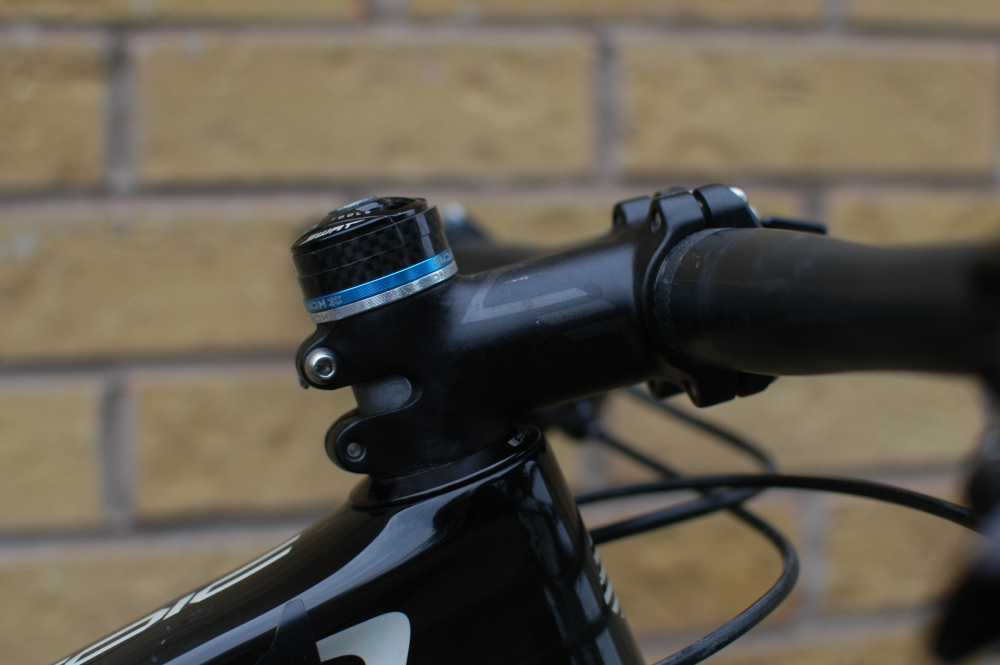 There are actually very few things that I’ve changed from the stock build. This has partly been due to my student-status this year limiting my spending but it also reflects how happy I’ve been with it. Ian from A Quick Release coaching sorted out my bike fit which led to a few changes in seat post layback, stem length and bar width so I was comfortable and better able to handle the bigger wheels. I’ve added a few light weight KCNC components – the seat post, a rear QR axel and steerer spacers – changed the saddle and grips and that’s about it.

The other upgrades I have in mind are limited to lighter bars and stem but at present the pound to gram ratio doesn’t warrant it. The astute amongst you will notice the mismatched brakes – a leaky front Magura MT6 during day 1 of this year’s BC Bike Race prompted a needs-must change to whatever I could get my hands on at short notice and up-stepped a Shimano XT. My only niggle with this bike is the woeful amount of mud clearance which has made turning the rear wheel tricky at times. Who’d have thought that a bike designed in California couldn’t cope with riding in mud…. 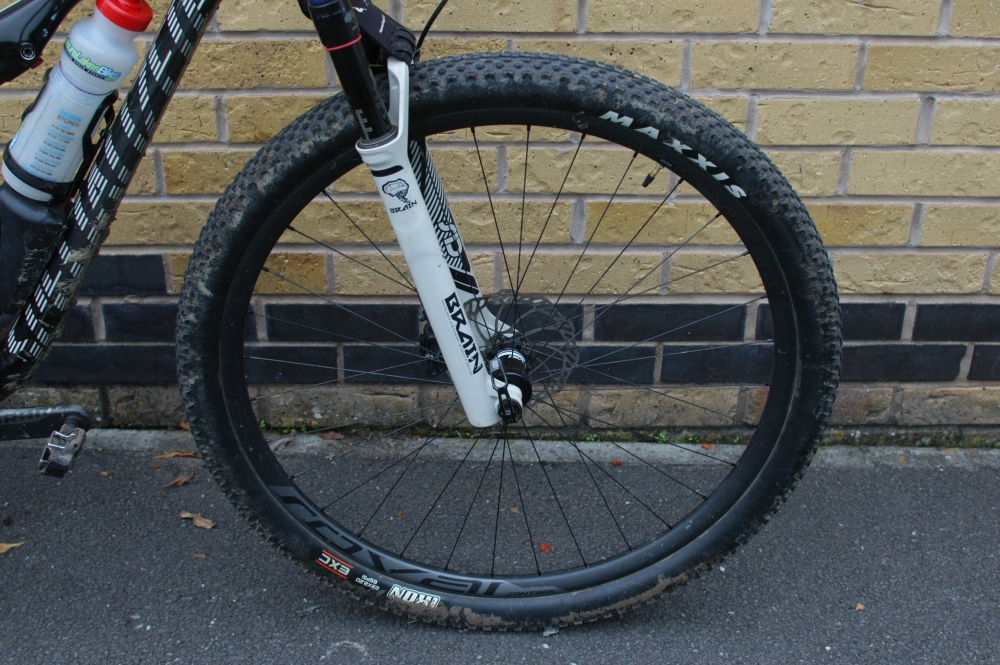 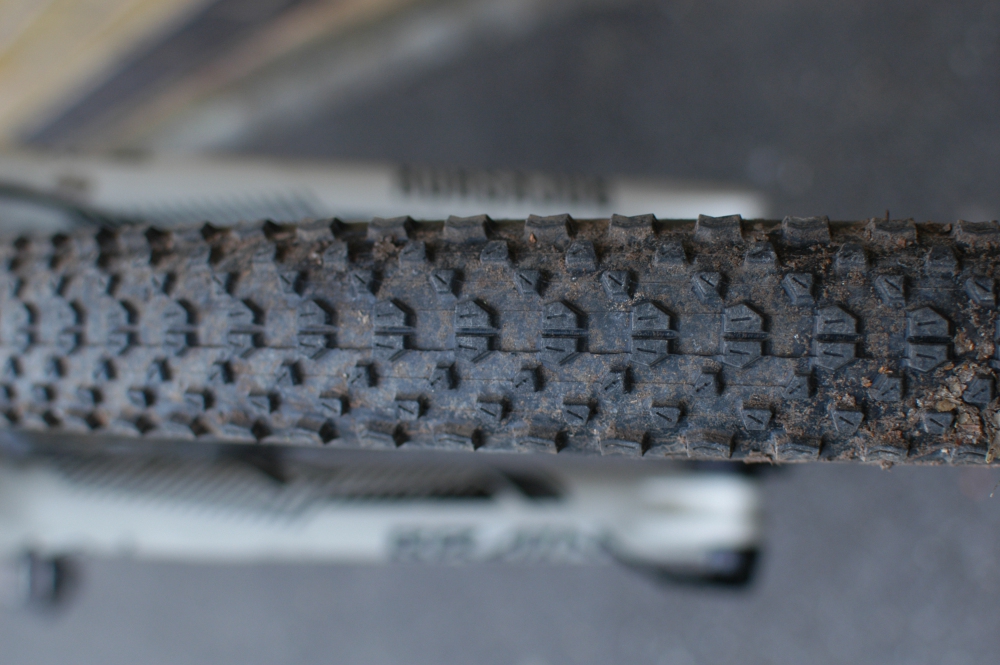 I’ve been really impressed by the stiffness of the Roval wheelset. Seating tubeless tyres has been a doddle which has proved useful when I’ve been away with minimum kit. I have some lighter American Classic wheels that I use for lap based races but the performance, strength and durability of the Roval’s has meant that I’ve used these during stage races when I’ve wanted something strong and sturdy – and they’re pretty light too. I’ve mainly run Maxxis Ikons on both ends, switching to the Ardent up front when I’ve needed more grip. For stage races I use the slightly heavier EXO versions that have the sidewall protection – a gashed lightweight tyre 10km into a 50km stage of TransAlp last year taught me that sometimes less is, well, less. 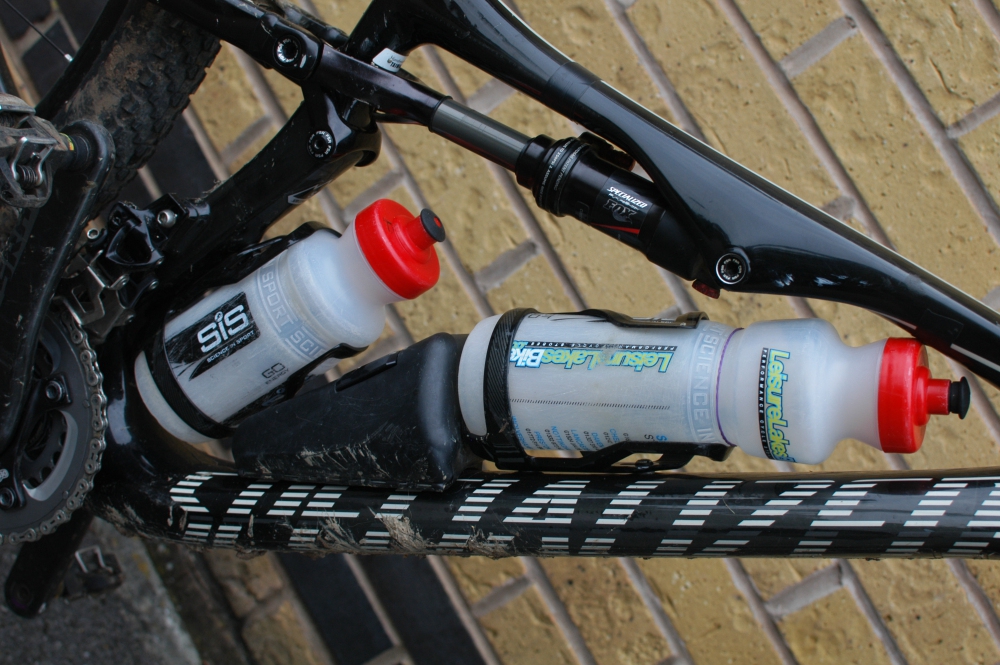 The Epic was the only bike I looked at that fitted my final requirement and had two sets of bottle mount cages. Fundamentally there’s a lack of space on a small full suss frame which means that there’s usually little space to put one, let alone two, bottles. It also seems nowadays that manufactures think you’re either going short and fast so don’t want to carry much or you are all enduro so have a bag on your back. Given I take two bottles out on the great majority of my rides and all stage races I’m obviously very behind with my riding style and hydration habits.

The Epic also comes the ‘MTB XC SWAT’ kit, SWAT being a terrible acronym for Storage, Water, Accessories and Tools. To translate – there’s a small box attached to the bottle cage in which you can fit a tube, lever, CO2 canister and a few other bits; a multitool and chain tool. I have to admit, I was pretty ambivalent about the need for this – why carry a glorified saddle pack when you can shove stuff in your pocket or a, erm, saddle pack…? But it’s actually dead good. You can fit it on the bike and forget about it, it doesn’t flap around and get covered in mud and it frees up your pocket for more food-based treats. The tools are pretty clever – the multitool slides into a recess in the top tube and the chain tool hides within the steerer tube. The SWAT is one of those seemingly basic things that you’re amazed no-one has thought of before.
Weight-wise I’ve actually not weighed the bike – it’s been so great to ride I’m not bothered about the weight. I would go and check now but it’s currently in the hands of my heroes down at Leisure Lakes undergoing some pre-24hr solo surgery. More to follow…." 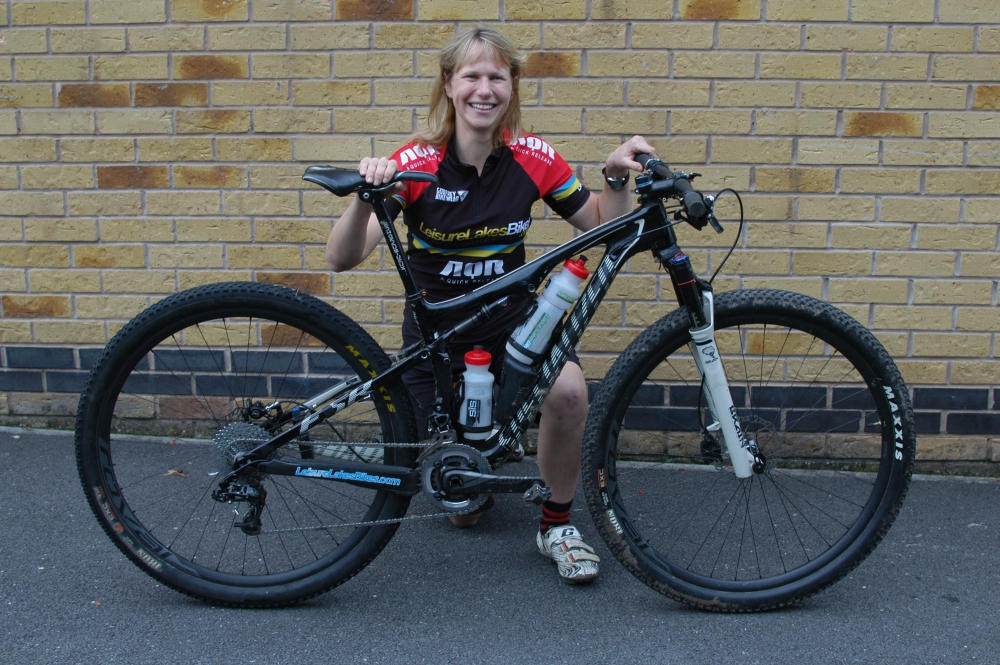 Rachel rides with the support of LeisureLakes.com and A Quick Release coaching.