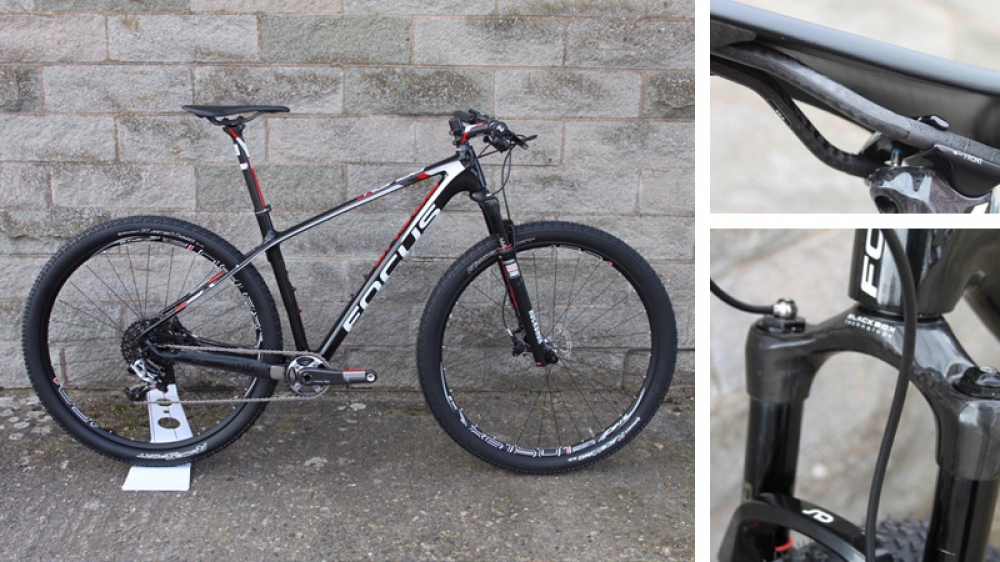 For a few months now I have been riding and racing the Focus Raven 29R 1.0 “Team” bike which will be my bike for the 2015 XC race season. The Raven being a popular model for racers and all mountain bikers alike, I thought it would be useful for other racers to put together a few mutterings on what the bike is all about!

The Raven 1.0 Team sits just below the bling worthy Raven 0.0 “Superbike” and above the tech rich Raven 2.0. This doesn't mean the 1.0 is a cost cutting alternative to top shelf performance however, as out of the box the 1.0 is dripping with the latest high end equipment for supreme trail munching ability.

Out of the box your eye gets immediately taken by its striking looks, and just how well the component line up matches the overall colour scheme of the bike. 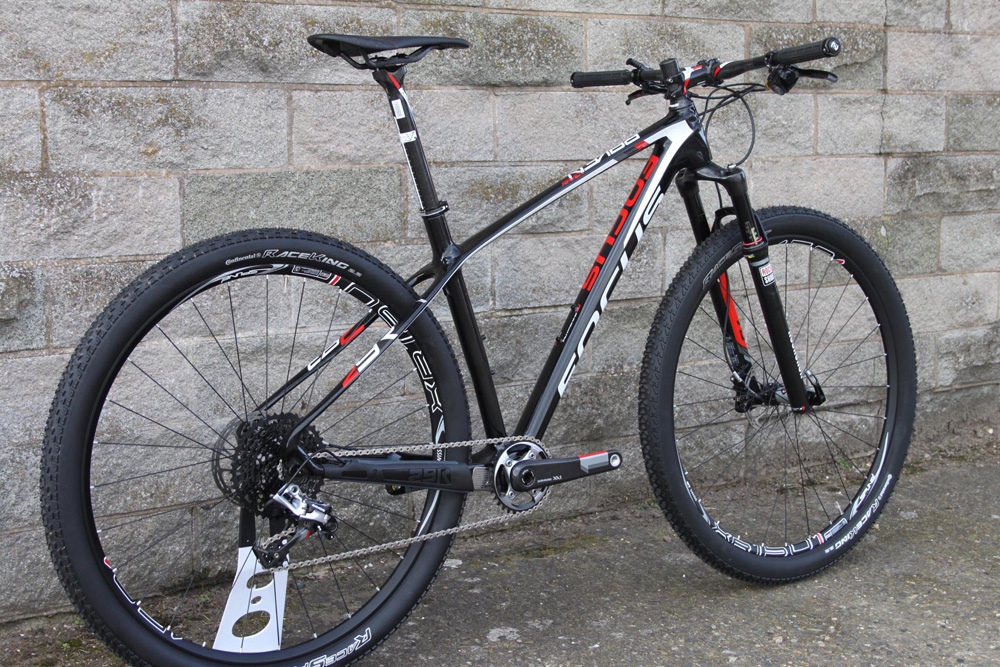 The beautiful SRAM XX1 group set is matched to SRAM XX brakes, a Rockshox SID XX World Cup fork, and finished with FSA K-Edge bar, stem and seat post. The wheelset is supplied by DT Swiss in the form of their XR1501 Spline One hoops, shod with Continental Race King tyres, and the drool worthy Fi’zi:k Tundra 00 saddle completes the package. It certainly is the spec of a top peg bike.

When casting a leg over the Raven it immediately felt like it meant business (as you would expect a bike with £4899 price tag!). I'm riding the medium (48cm) size which comes with a 95mm stem, paired with 685mm bars, which are slightly narrower than my norm. The compact cockpit however feels supreme to me, and makes the bike feel very nimble and “racey”.

The xx1 behaved as I expected, completing heavy shifts under hard load without a grumble, and the 11 gears gives me more than enough range for all eventualities.

The two biggest surprises come in the form of the SID World Cup fork, and the super hard Fi’zi:k Tundra 00 saddle, which suits me down to the ground! The Rockshox SID WC fork with their Blackbox damper is not only super light, but outstandingly compliant with a distinctive performance improvement over the lower end Rockshox dampers. The remote lockout means the fork can be set nice and soft for small bump sensitivity, but with instant lock out available for climbing duties. 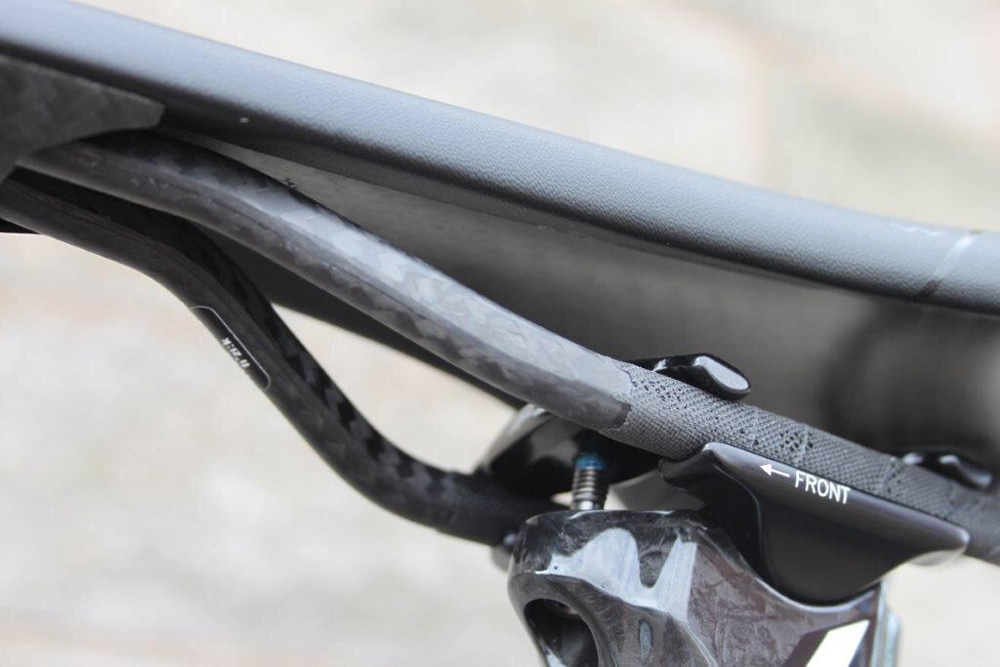 On the trail the bike goes like a rocket; with a weight of 9.1kg without pedals it was never going to feel cumbersome! There is a surprising “planted” feeling when riding the bike, which is rare on such a light steed. This makes putting the power down an absolute doddle, ever more adding to the speed demon prowess. Descending is a dream, and the only point the bike really comes unstuck is on super gnarly sections, where a 29er hardtail with 100mm of suspension at the front would be expected to be out of its depth.

Where this bike really comes into its own is in with a number hung from the handlebars. It really is a bike that wants to be ridden fast. So far this year I have raced it at a few Cyclo-cross events and the first two rounds of the Soggy Bottom XC series at Newnham Park. These races were my first as an “Expert” racer so was thrown in at the deep end with my new competition.

In a race situation the Raven becomes a different beast, and in no situation did I feel I needed anything different. This is a racers dream, and really wants to be ridden fast, managing to combine stability and rigidity with comfort.

The lack of weight makes for a very strong climbing performance, long fire road climbs are a dream but that is to be expected with a decent lightweight carbon hardtail of this ilk. Technical climbs with the fork unlocked are where this bike excels. With such low overall weight and such supple suspension, you can flick the front end about, choosing the optimum line with precision and ease. Even though the bike is so light, it also feels solidly planted; holding on well to all but the loosest trail surfaces.

Downhill ability is also impressive. Again that fork suppleness helps maintain control and carry speed over a wide variety of trail surfaces. On steeper drops it’s worth adding a few psi to avoid bottoming out as I run a very soft 30% sag setup but overall the bike flies and I’ve had no trouble keeping up with people of 150mm trail bikes on all but the most insane gnarly stuff. 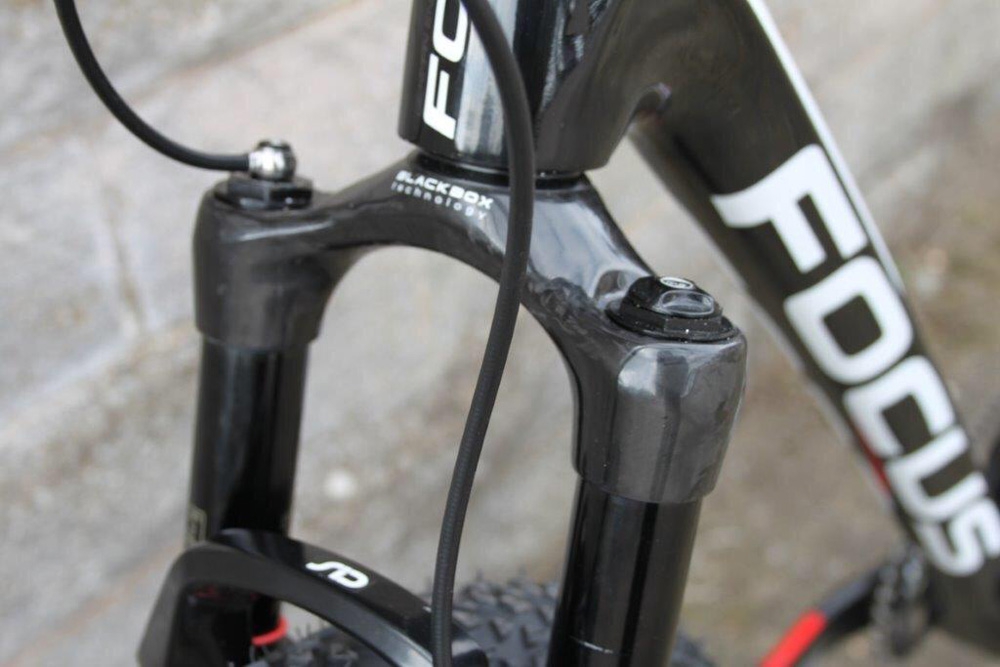 It's safe to say I'm pretty overwhelmed by this bike. Nothing’s perfect however, and I'll be the first to admit I do have one gripe with this bike; the tyres. However, tyres are a pretty personal choice and I'm not a fan off the original spec Continental Race Kings. These were quickly swapped for my favourite Schwalbe Rocket Ron rubber.

Overall, along with speed and control, comfort is also a major strength of the Raven. Getting off the bike after a hard 1.5 hr XC race, it shows just how comfortable the bike is. No niggles, no soreness. I will be interested to see how the bike performs in marathon and endurance races later in the season where normally a full suspension bike would be the first choice. Very impressive German engineering!