When reading a review I think it’s always important for the reader to know what bike the reviewer has previously been riding to know what they’re comparing about. For the last 2 seasons I’ve raced a Scott Spark 900 RC Pro pretty much stock expect for Schwalbe tyres, an oval chainring, and a Fizik Gobi saddle.

The first thing you notice out of the box is colour. The ‘Sunset and Aubergine’ livery is a ray of light in the predominantly black, white, and silver world of cycling. The second thing that’s instantly obvious is the external cable routing of the rear brake cable which is uncommon nowadays with the progression of internal routing creating clean looking finishes. I was initially disappointed but my mind was changed a few weeks ago (read on to find out why).

Retailing at £5799 it is fair to say that the Blur is not exactly a cheap bike. However if you’re serious about your racing it falls into the bracket of “pricey but not extortionate”. There are surprisingly few brands who offer a model with SRAM X01 Eagle. You often find a bike with EAGLE GX for £5000 with the next model being a fully tricked out £8000 superbike (see S-Works Epic). Incidentally, if you’re not a spec-snob, you can pick up the GX model Blur for £4399.

Alongside the SRAM drive train, they also provide the brakes with the Level TLM’s that give great feel and power. Most bikes tend to run a 180/160mm front and rear rotor setup however the blur is specced with 160mm front and rear. For quite a few months I wasn’t aware of the smaller front rotor as I’ve only once struggled for braking power (continue reading!). 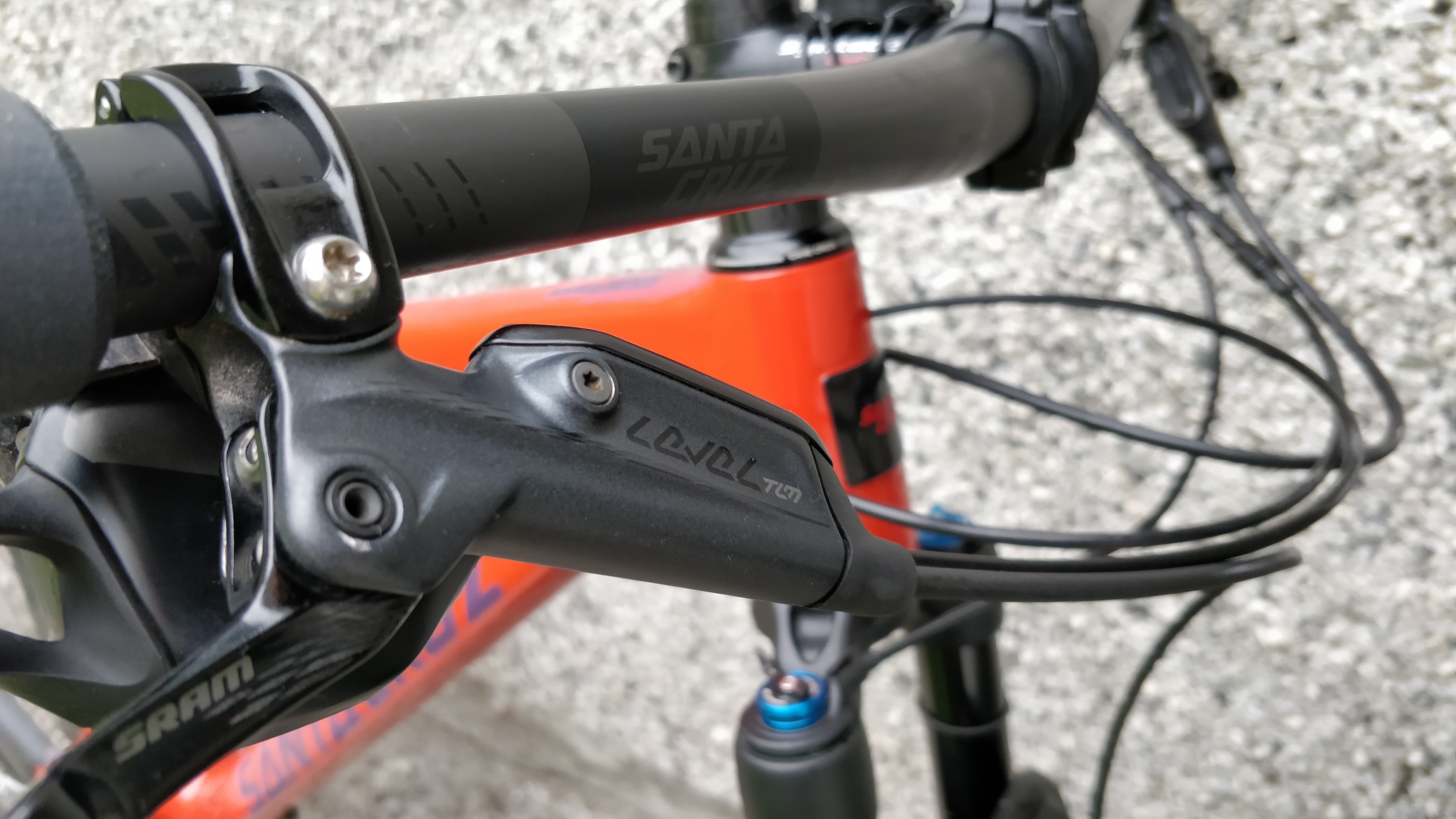 A few changes from the stock setup are either a 34t or a 36T oval chainring (instead of the standard 32T), and either a Fizik Gobi (endurance setup) or Specialized Power saddle instead of the WTB Silverado Team saddle.

What struck me immediately out of the box was how well the bike rides downhill. At the end of the first trail I rode, I almost binned it down a bank because I was carrying so much speed. I initially thought it was due to the brakes not being bedded in properly but although I didn’t quite have the same issue, I was definitely carrying more speed than my previous Scott Spark RC.

I remember riding my Spark for the first time 2 years ago and I was initially concerned about how much it rode like a trail bike and thinking oh god, this thing won’t have much racing pedigree. In hindsight I think it was a beginning to the ‘light-weight trail bike’ for XC racing era, taking over from the ‘super light bike which you hold on to and hope for the best’ era. 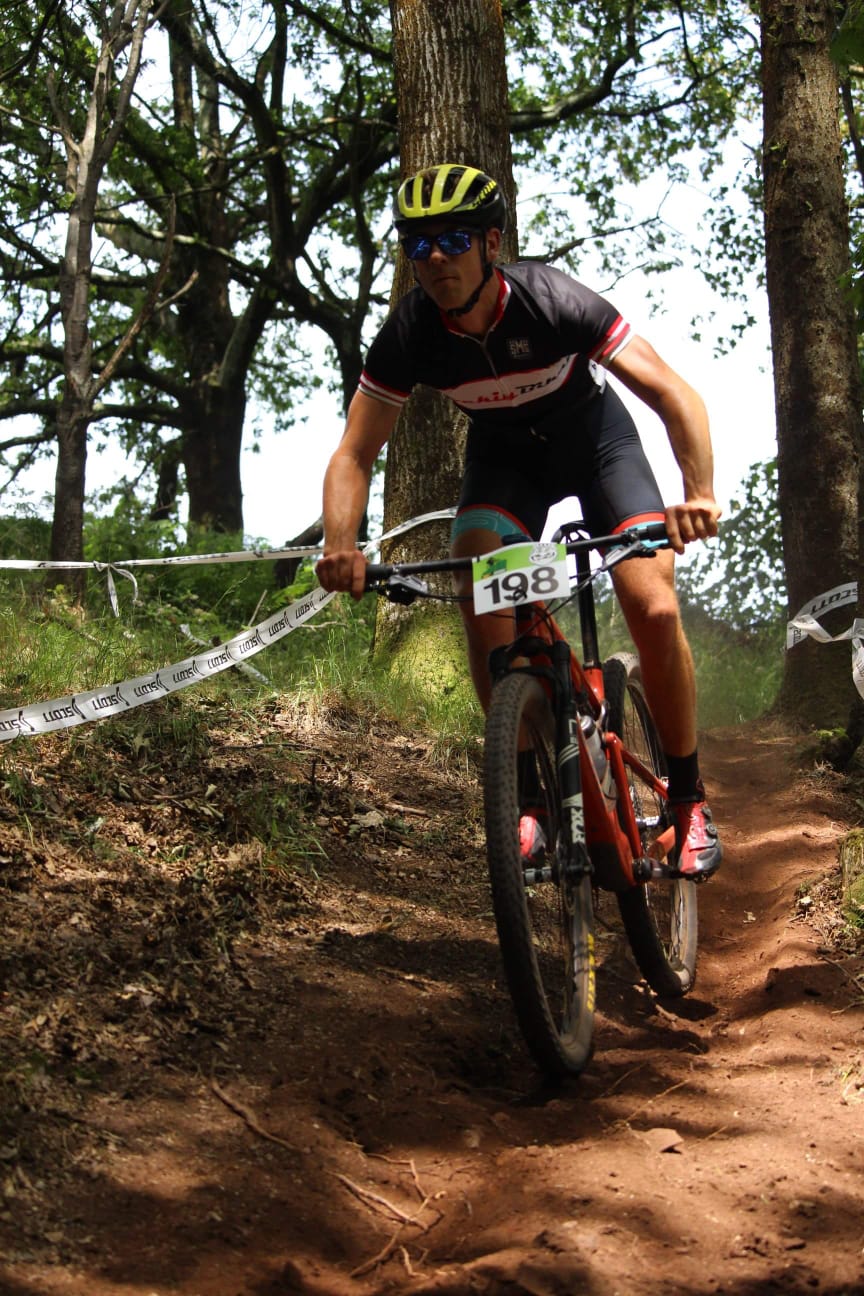 The geometry of the Blur tricks you into believing you have more travel than the 100mm the Fox 32’s SC and Float afford you. Small bump sensitivity feels prime whilst taking a big hit doesn’t bottom the fork out to the point where you’re almost blowing your hands off of the bars.

I was a bit gutted to find that there wasn’t a ‘trail mode’ option for the suspension lockout akin to the Spark. I later discovered that most XC bikes have either a fully locked or open position with no middle ground. I definitely think that a trail mode would be a good addition to the bike for flat out XC racing but the suspension is still adequately supportive when sat down pedalling with it fully open. The 'open' mode is as expected, best kept for when the trail points down, but also perfect for the super technical climbs often being thrown into modern races.

Initially I bemoaned the Maxxis Aspen tyres that come as stock. My previous Sparks came with them as stock and I always took them off after a couple of rides due to the lack of grip they gave me in the wet. Since it was dry when I got hold of the bike (and couldn’t wait to ride it) I went out and they were surprisingly decent, rolling fast and providing reliable grip. I’ve left them on for the majority of the season and only once (and one time wishing I had) reached for my ultimate safety blanket of the tried and tested Schwalbe Rocket Ron setup.

A huge selling point for me for the Blur is Santa Cruz’s warranty policy for bearings. Free bearings for life is never going to be a bad thing. The Scott Spark uses bushings and I have replaced the bushings twice in my 2018 Spark but it still has that ropey-raced feel. The Blur feels like it could still be new out of the box despite 6 months of hard racing and punishment.

Replacing the bushings on my Scott and servicing the bearings on my Blur also completely changed my mind on the external hose routing of the rear brake on the Blur. At first I felt that it was left as a slight after thought by the designers during an age where everything needs to be hidden or integrated. However It's a home mechanics dream; I was able to completely remove the rear triangle whilst the Spark’s rear triangle was left dangling by the internally routed hose. 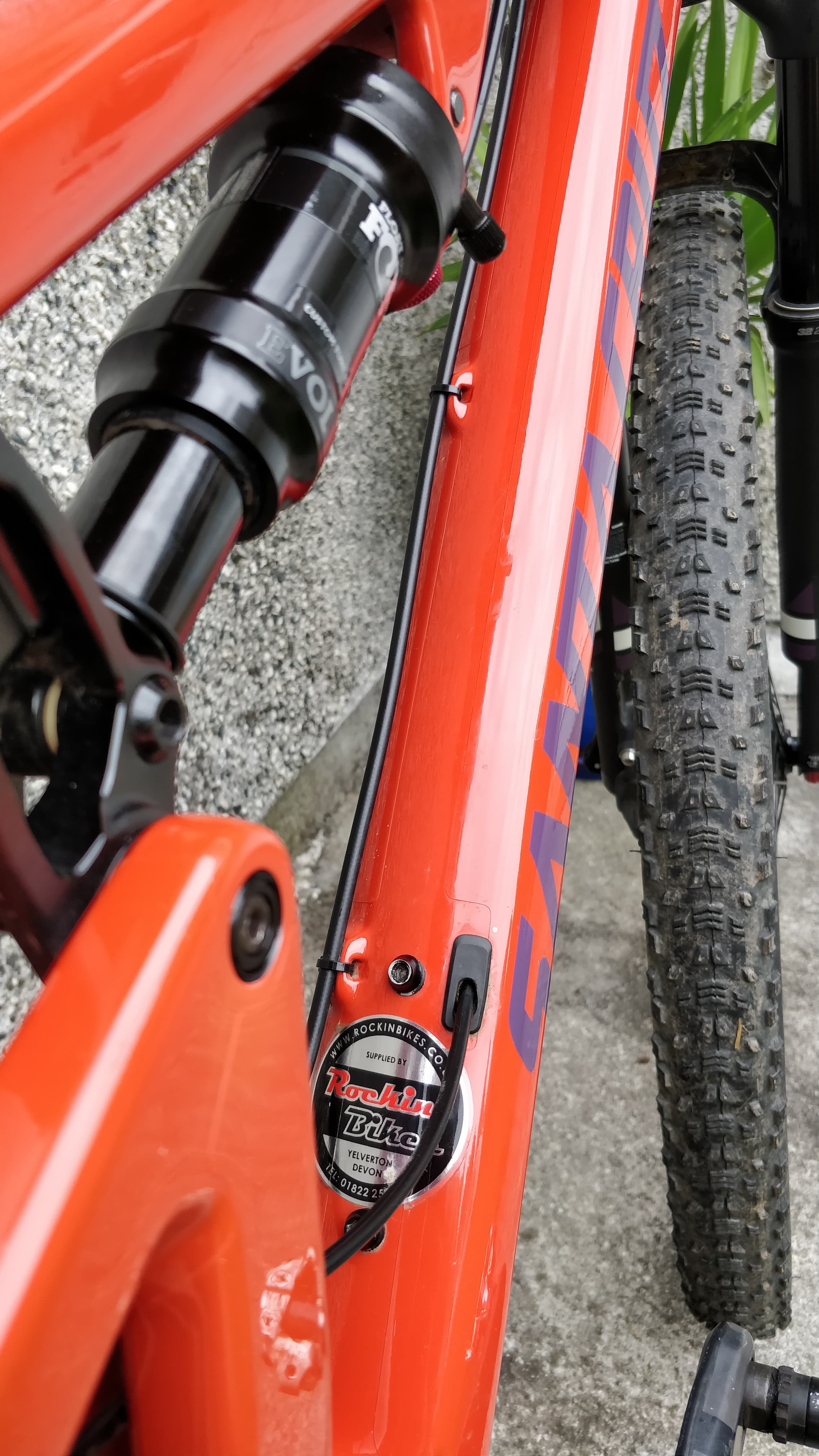 Incredibly well setup bike with the spec’s to match. Aggressive geometry which allows you to really attack the trails whilst not penalising you when the course goes up. Incredibly easy 'UK proof' maintenance makes for a bike which you can (and should) look after.