Now that the dust has settled we thought we'd take a look back at the WEMBO World Championships from a couple of angles. We've already featured Matt Jones' sterling performance, and now it's time to take a look at things from the perspective of the organisers - No Fuss Events! Thanks to Fiona from No Fuss for her write-up. 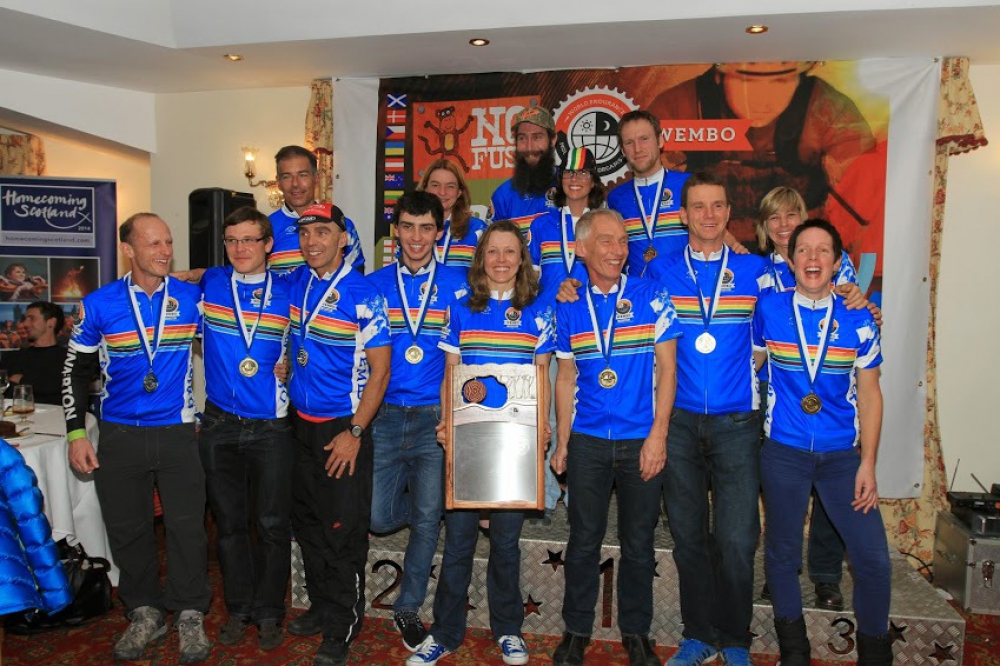 On Saturday the 11th October at 12noon the WEMBO World Solo 24 Hour MTB Championships began, in true No Fuss Events style, with the Lochaber Schools Pipe Band leading the riders out of the Nevis Range car park and onto the course.  23 countries, 150 racers, over 250 support crew and October weather that is unheard of in Fort William – the Championships were brilliant.  The race took place at Nevis Range on an 8.2mile course that utilised the best, and hardest, trails in the woods.  At 12noon on Sunday 12th October, the race finished and we had our 2014 World Champions in Elite, Singlespeed and Age Group categories. 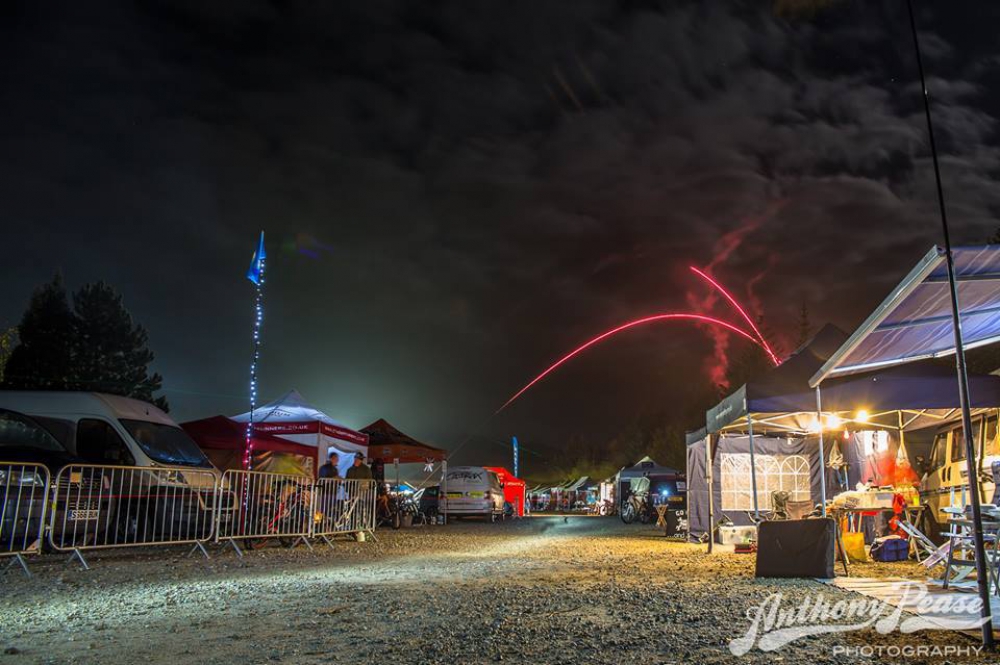 No Fuss Events have been excited about bringing this event to Scotland.  They knew that the trails at Nevis Range and the hospitality of Fort William were a good basis for a World Championship race – it’s tried and tested and the Outdoor Capital knows how to welcome the World.  Also, with support from Homecoming Scotland 2014, the race was on the same sporting bill as other World Class events such as the Ryder Cup and The Commonwealth Games. 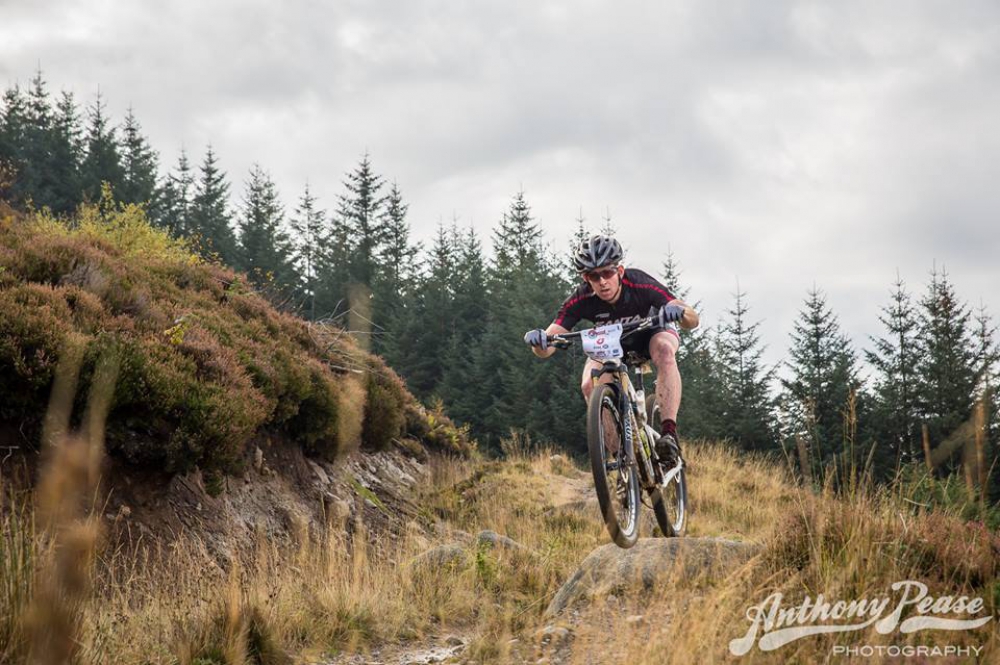 The weekend’s forecast was changeable all week, confusing everyone as to what the weekend would bring.  But no one needed to worry as the Indian summer the Fort has been enjoying continued a little longer and the riders were treated to a dry and sunny weekend.  This was gladly welcomed by the Portuguese racers, who looked pretty chilly!  The lack of rain also meant that the tracks were fast and predictable and not the boggy mudfest a lot of foreign racers imagined a race in October in Scotland could be like.  Over the 8 mile course, rather than worrying about mud however, the riders had to get to grips with the 430vm of climbing and the technical, bumpy descents.  David ‘Spook’ Munro of No Fuss had this to say, “The course was not an easy one, but this was a World Championship race.  We wanted to show anyone who hadn’t been to Nevis Range before all the best bits of the woods, and we wanted the winners to show us their World Class strength.  They definitely did not disappoint.” 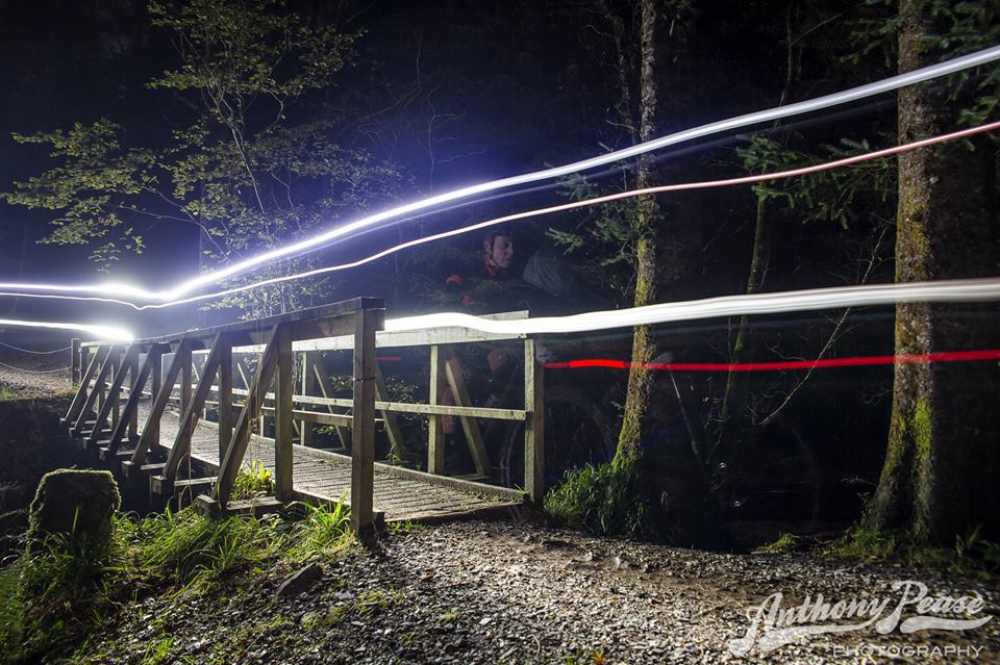 From the start of the race, with the first laps being completed in 39 minutes, it was clear that the total number of laps would be high.  Impressively, any rider completing 19 laps would have cycled the height of Everest – and many of the riders did.  2 male racers had completed 26 laps at the end of the race, or rode 215.5miles, but it was Jason English of Australia who completed them in the fastest time – Jason has won 5 World Championships in a row.  Unbelievably his boss wouldn’t grant him a few extra days off work, so he was in Scotland for 2 nights only, one of which was spent in Leanachan Forest riding his bike.  Straight after the race he was back on the plane to be in work at 9.30am on Monday morning, in Australia!  The other racer was English rider Ant White.  Ant put in a few fast laps in the early hours and clawed his way up to second place from 5th, looking like he could even take the lead at about 8am on Sunday.  Ant had Jason worried at that time, when he realised his lead had dropped from 30 minutes to 14 in just a couple of hours.  Jason was able to also find some strength and maintain the lead. 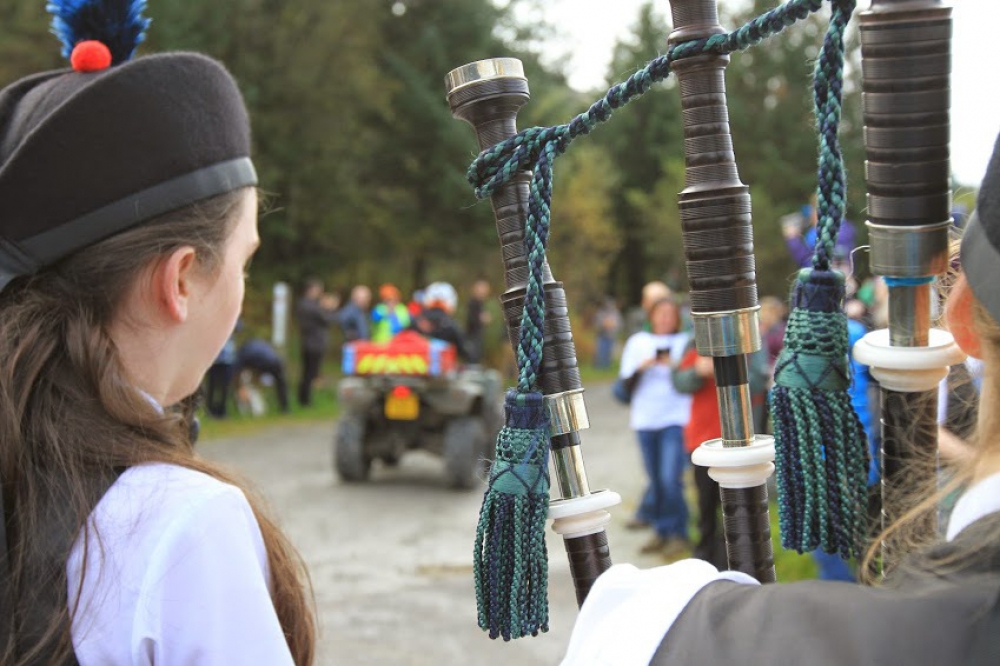 In the women’s race, all eyes were on Welsh girl Rickie Cotter and Kiwi Kim Hurst.  Rickie came second last time she took on the World Champs and was feeling strong.  Kim, however, is fairly new to 24 hour racing, having taken part in her first one just last year.  She has shown strong form and incredible endurance though, and in her 24 hours she completed 24 laps, finished 12th place overall and became the new ladies World Champ.  She will be tough competition for anyone who accepts the challenge next year in Weaverville, California.  Rickie came a close second, completing 23 laps.

In the 15 age group categories that were also racing, there were riders aged from 18-66.  8 of the winners were British, with Champs jerseys also going to Portugal, USA, Australia, New Zealand, Catalonia and Belgium.

To make the race even harder for themselves, some riders were on singlespeed bikes.  These racers have legs of steel and the Male World Champion Brett Bellchambers, who retained his crown from last year, showed us how tough he was by completing 24 laps and finishing 7th Overall.  For the girls it was Carolina Casacuberta who became the new World Champ.  Carolina completed 14 laps – 115 miles.  Both of these racers were also on fully rigid hardtails. 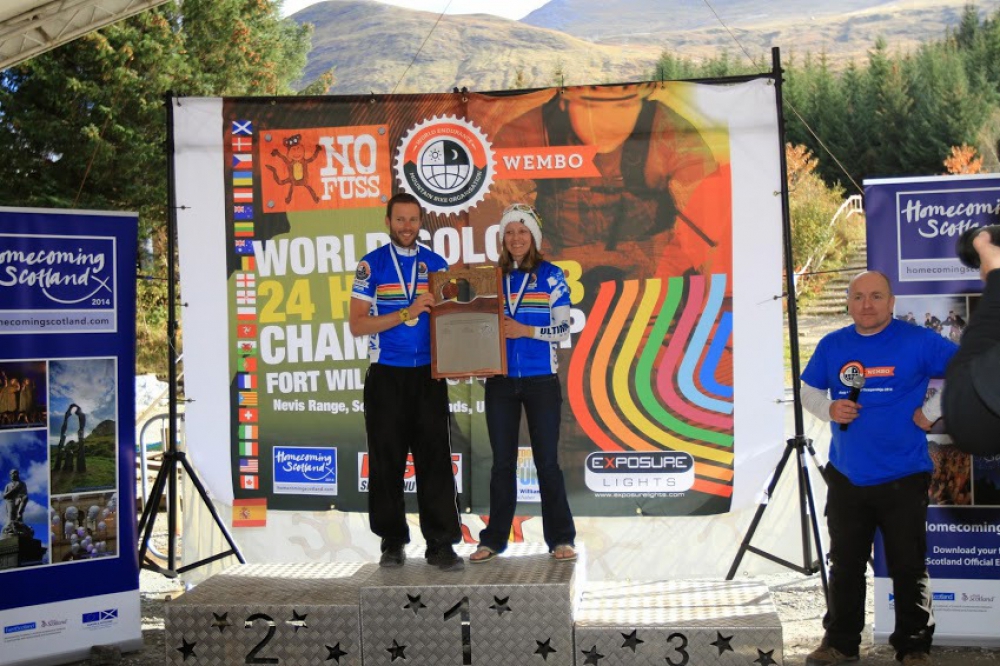 Fiona Beattie of No Fuss was excited about this race all year, “I was very excited in the run up to this race, knowing that these racers are extraordinary athletes and they would put up some great racing.  I was also nervous, hoping that we had remembered everything, and provided what they need.  Everyone seemed to be in high spirits though and loved the course and the location of Nevis Range.  Of course the weather played a huge part, as did the whisky nips handed out by Spook and Frazer at midnight to the support crews!”

WEMBO was originally formed to protect the future of 24 hour MTB racing and the momentum that the races have achieved in the last 3 years is brilliant.  The race next year is heading to Weaverville in California and in 2016 will be held in Rotorua in New Zealand.  Frazer Coupland of No Fuss is also keen to explore more competitive options, “Last weekend we had WEMBO members Russ Baker from Canberra Off Road Cycling and Riccardo Negaro from I Love 24 Finale at the race, which was really special.  All three of us organisers have similar ideas and standards at our events and we are keen to grow the WEMBO brand to perhaps incorporating some series of Solo racing and perhaps even a team World Champs event.  Keep your eyes peeled in the No Fuss newsletters and on Facebook or Twitter.”

Also incorporated into the weekend were the UK Solo 24 Hour Champs.  Categories for this race were continued from those used at 24 Hours of Exposure, with Senior, Master, Vets and Singlespeed UK Champs all being crowned.  These results can be found on No Fuss Events Facebook.

No Fuss Events would like thanks and congratulate everyone who took part last weekend and to also thank everyone involved with the event, without whom it would be impossible.  Thanks go to Homecoming Scotland 2014, Exposure Lights, High5 Sports Nutrition, Nevis Range, Forestry Commission, The Moorings Hotel and also the First Aid, massage, motorbike and marshal support.