Today riders took on the hardest climb of the race with an ascent of 750m in temperatures of 30 degrees Celsius. Once they had completed the mountain assault it was straight downhill on a specially designed and particularly technical single-track section of hard rock, before a flat section through the plantations and abandoned villages of Al Hamra guided them towards a final 410m climb and quick descent to the finish line and Race Village.

Now with an overall lead of 7 minutes 8 seconds James Reid will be looking to build on this gap as the international field of pro and amateur riders takes on the penultimate stage tomorrow with steep gradient climbs of 10% - 20%. Leading Brit, Matt Page finished the day in 8th spot at 03:09.18 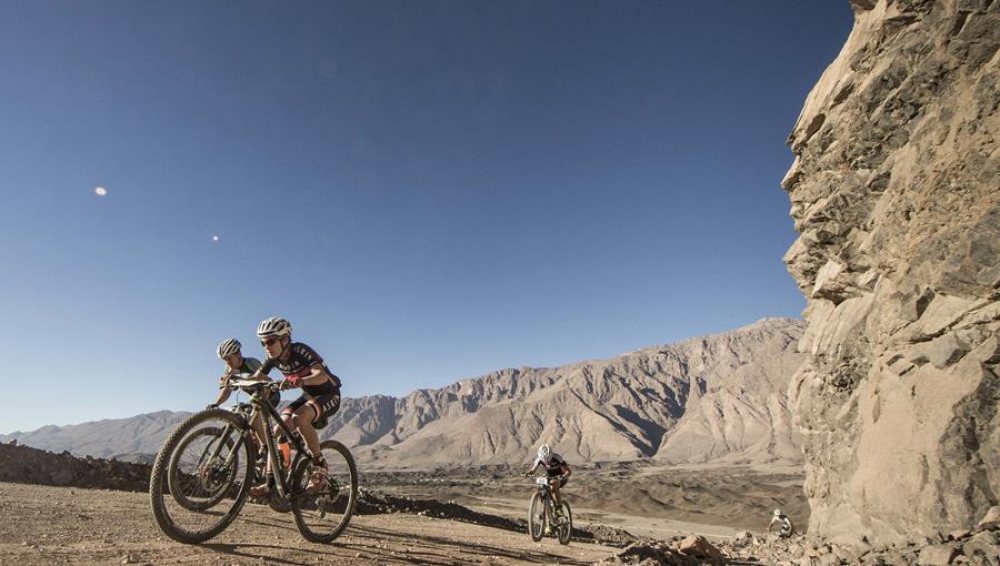 
As the temperature soared to 31 degrees Celsius today, competitors tackled the shortest stage of the race at just 47km. However, with four major climbs including one with a gradient of 26%, it was no less challenging.

The penultimate day of the UCI classified Trans Hajar Mountain Bike Race produced a new stage winner, South African rider Renay Groustra. Groustra has been gaining form throughout the Oman based stage race, finishing in the top ten every day, even after puncturing on day three. Today, Groustra made a break with Team RECM rider and current Trans Hajar race leader, James Reid (RSA), on the descent of Arabia’s highest peak, Jebel Shams (3,028m). The pair held their lead over the final climb of the stage and with Reid unable to respond to Groustra’s sprint for the line, Groustra took a well-deserved victory. Matt Page of A Cycling ended the day in 9th spot at 02:37.43 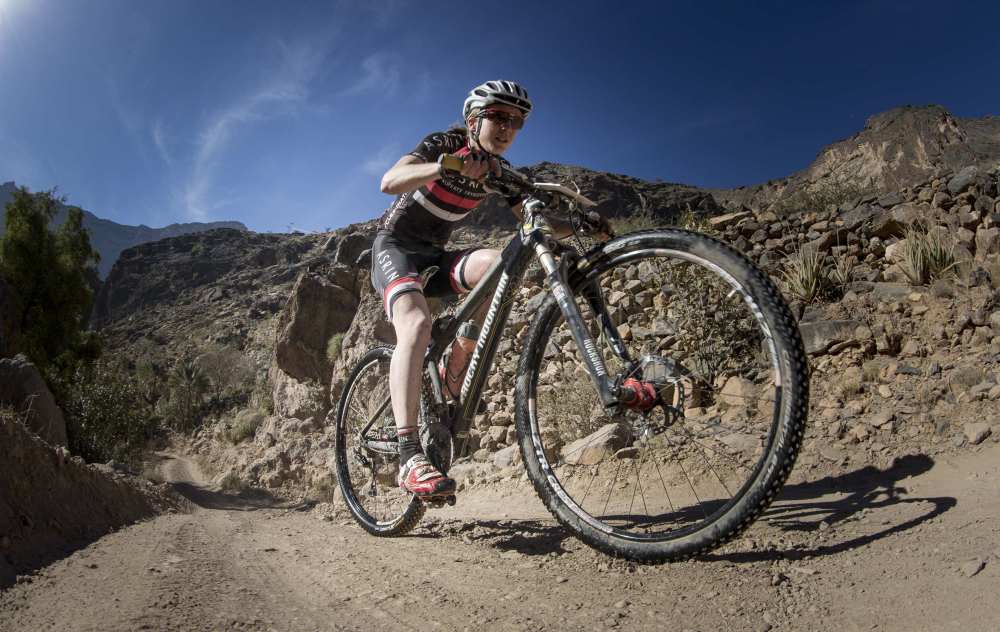 The final day of racing will see the pro and amateur riders take on a predominantly flat but extremely fast stage. With no let up until the very end competitors face a 250m vertical ascent climb as well as a 400m climb to the finish.