The trouble with living on the Isle of Man is getting off it when the T.T. races are on! As much as we love this annual event, that makes our beautiful island come alive, it also proves a big problem when the UK XC calendar comes out.

So arriving on the ferry to Heysham, a day earlier than usual on Thursday, saw us decamp to Wilmslow to see family, we then drove to Fforest Fields so Nick could spin his legs. Reaching the venue around 4pm we met up with Kerry McPhee who, like Nick, was a gold medalist in the Nat West Island Games last year in Jersey.

We booked into The Metropole Hotel in LLandridrod Wells, not too far from the course, where we were joined by another Manx rider, Dan Curtis and his partner Hannah. Practice on Saturday was all about tyre choice. With rain forecast and things looking muddy we did more tyre changes than an F1 team, ending up with a mix of aggressive patterns to try to get some grip.

Race day arrived, it had rained hard over night and was still drizzling when we left the hotel. The 3.15pm start meant Dan and Nick were able to go out onto the course and watch the other races. It was noticed that in the Women's Elite race less mud was sticking to the bikes and tyres, however, we kept to our tyre choice.

The Elite race was shortened to 5 laps and 4 for Experts with two pieces of the course taken out. A warm up on the rollers then Nick lined up on the second row of the Elite grid at number 15 with Dan on the front row of Expert. A very fast start around the initial loop had Dave Fletcher driving on the pace from the front. Nick settled down, yo-yoing between 6th and 8th but Liam Killeen kicked and the rest is history, our friend Phil Pearce took second and a great ride from Frazer Clacherty at third. Ian Field had a brilliant ride carving his way through the field to take a well deserved 4th place.

Nick had an off at the stream crossing and dropped to 10th, then Tom Bell and Paul Oldham on a charge on the last lap relegated Nick to 12th at the line. A lot better than the torrid results earlier in the series. Onward and upward.

Dan Curtis was holding 5th in the Expert race, when a coming together with 2 other riders on one of the slippery descents knocked him back to tenth place. Nick and Dan likened the mud to peanut butter and at the end of 5 laps the Specialised Epic wasn’t too muddy, neither was Nick’s white kit. To show the severity of the muddy course it took Nick just under two hours to do 5 laps.

It was wash the bike and up the motorway to Wilmslow and back on the ferry on Tuesday morning. We’ve been doing this series now for 7 years with Nick racing in all the age groups to reach Elite. It’s a long haul from that rock in the Irish Sea but we love doing it and meeting up with the mountain bike family from all over the UK. 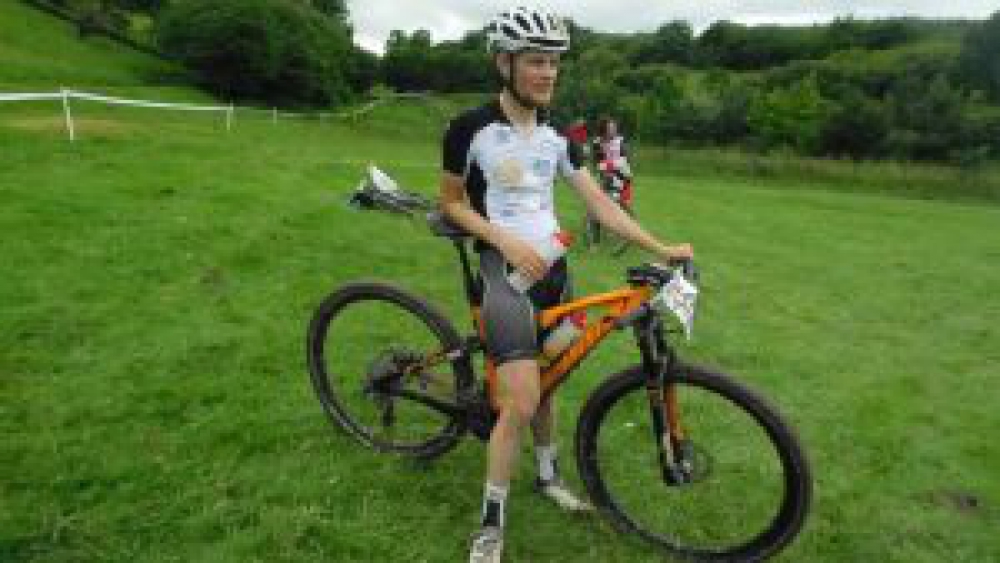 Let’s not forget our friends from Ireland, Guernsey, Jersey and the Western Isles that make the British XC Series a true UK championship. 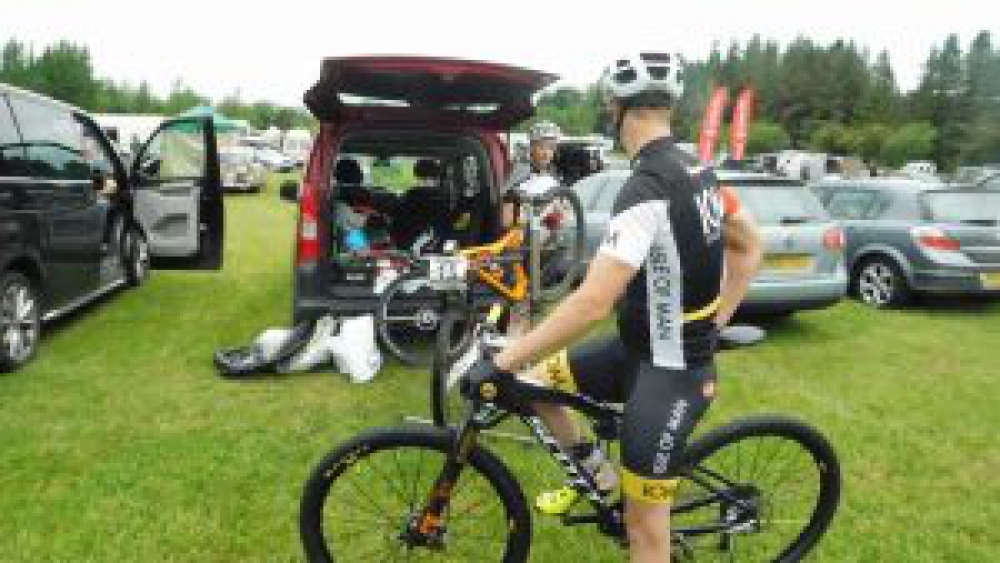