Ryan is holding his own amongst the high level of athletes.

The penultimate stage, a mostly flat 108 kilometres on dirt roads through the rain forest. Like every night here I slept well in the tent, got nine  hours of sleep and woke hungry for breakfast. As stage races go along, at times it gets more difficult to eat at breakfast - no so here. I’m not a fan of all the pasta and white bread that is served but man, the eggs make up for it. 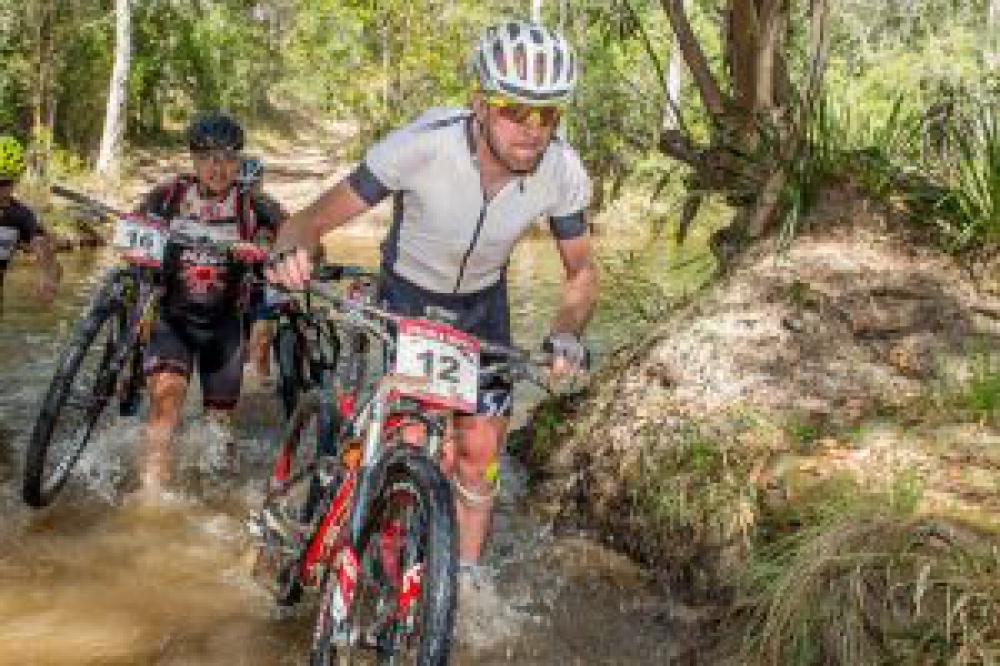 As there were no serious climbs to split up the race the first 30 kilometres was fast and a little more like a road race on dirt trails - mostly non-technical but at times on jeep tracks things were tight and you really had to trust the wheel in front.

As we arrived at the first feedzone there were about 20-25 riders in the front group. I was prepared not to stop if needs be but thankfully the herd decided a watering hole was good (the next one was 71km into the race). I grabbed my bottles from Ken and started to head to the road crossing. 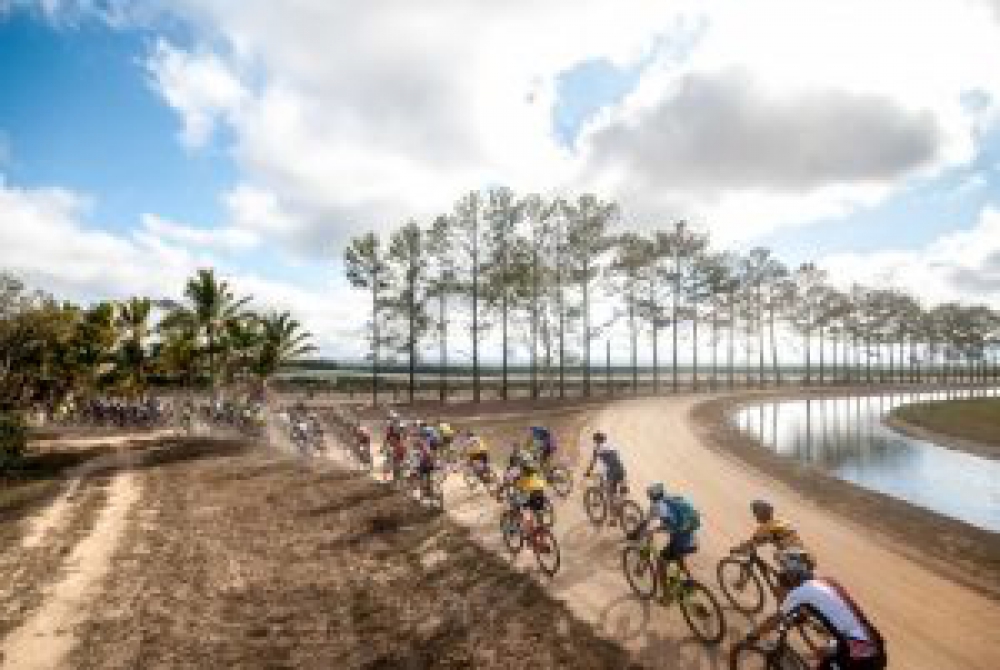 After some chasing a group of seven formed and we rode pretty well together - I had hopped that there would be a stall at the front and we may get back on so was happy to drive the pace a little (another racing lesson, don’t give up). On the only real climb of the day seven become three and we kept at it. I got a split of two minutes to a group of five but I seemed to be the only one interested in racing. Vincent (who passed me on GC the day my cable snapped) was concerned with protecting his 10th place on GC rather than try and get a better placing. Frustrated, I did most of the riding for the final 40 kilometres finishing up the day in 10th. 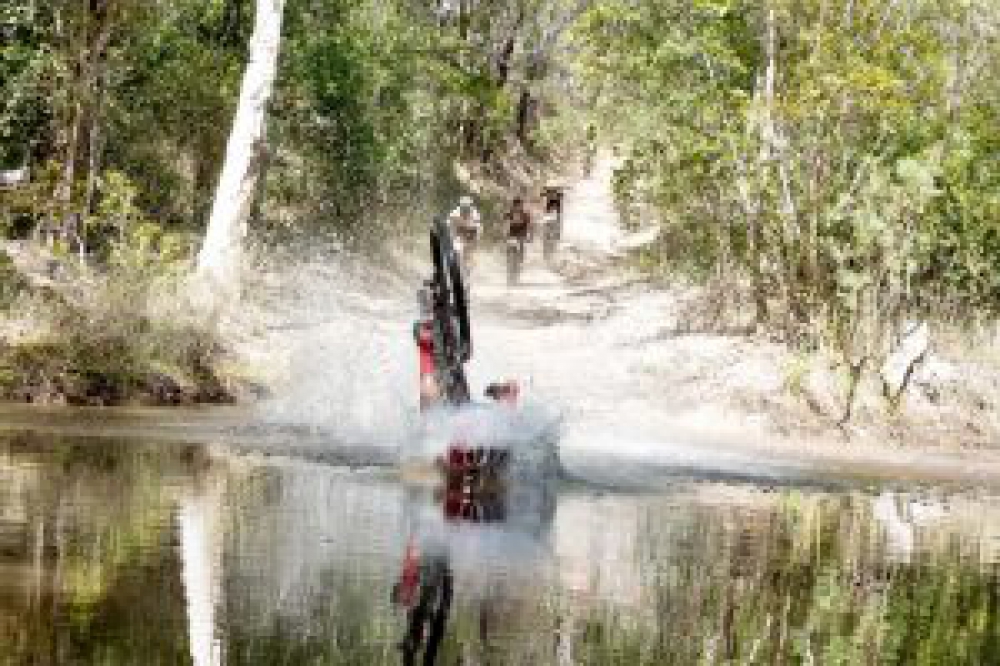 I have been feeling good, eating well and sleeping like a baby but sometimes things just don’t work out. One last stage to finish the race out - a 30km TT made up of 15km rolling, then a 4km steep descent finished off with a sprint along the beach. Should be less than an hour. 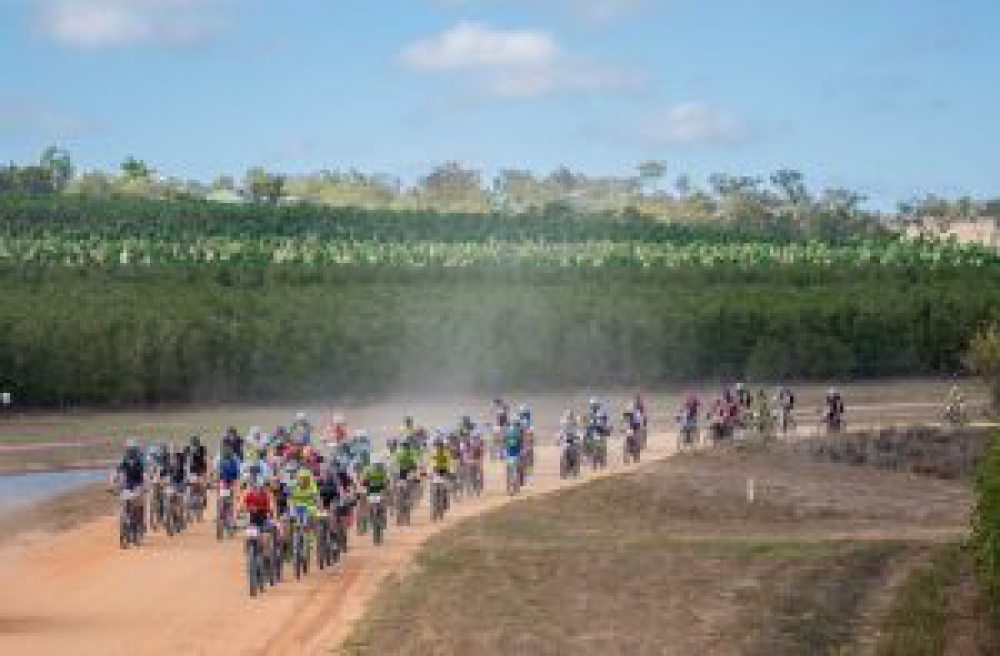 Brendan Johnston, who is expected to take third overall and the leader jersey for the best Australian finisher across the line in Port Douglas, commented on the strong European racers, saying that it had been an interesting and exciting experience to race and place well in such a high-profile field of athletes at this year’s event.

Last year’s Crocodile Trophy Champion, Greg Saw, also complimented the top riders in the field, “The quality of riders is very impressive at this year’s event, I tried very hard to crack into the top five and a lingering gastritis didn’t help.” 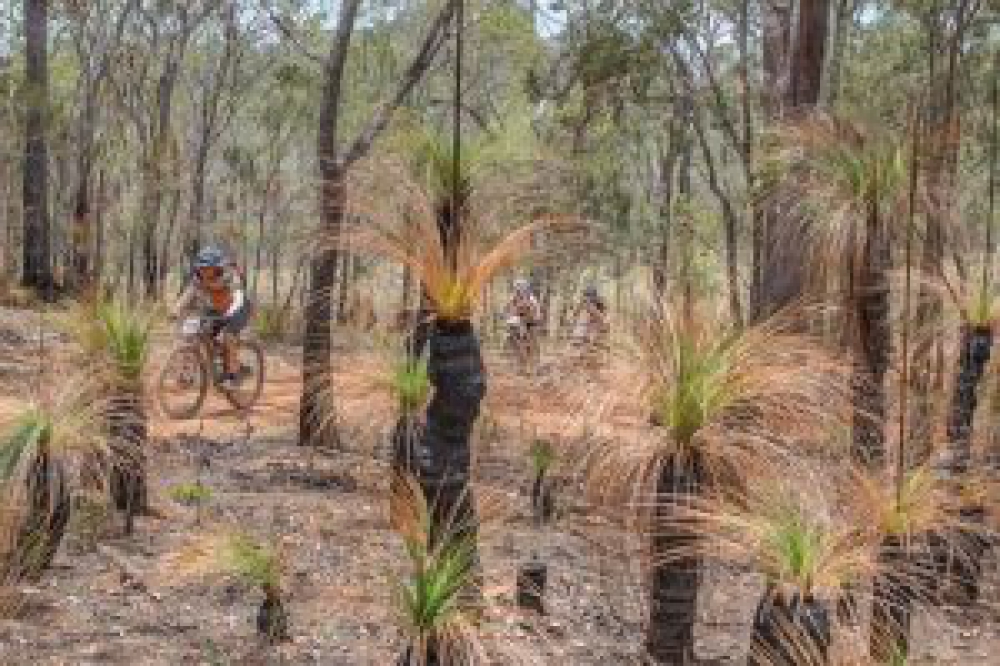 Huber’s third Crocodile Trophy race win imminent Tomorrow’s final stage will be a time trial, with riders starting from 10am in reverse order of the overall classification. Urs Huber will be the last rider to be released onto the final stage, which will take him and his fellow 2015 Crocodile Trophy racers down the infamous Bump Track - the first 15km will be raced on historic gold rush trails and then it will be a spectacular rainforest descent into Port Douglas. The descent through very dense rainforest is steep and packed with loose rocks and water bars and will present the final challenge in this legendary nine-day stage race. Tonight they are setting up camp at the historic Wetherby Cattle Station.

For the second time in its history, the race will finish on Four Mile Beach, a tropical holiday paradise. The final kilometres will be raced on the sandy beach, right on the water, towards the finish, which will be located at the Surf Life Saving Club in Port Douglas.