Today would be the longest stage of this years race at 127km but having had a look at previous years race times I knew that it would be a pretty quick stage with chunks of gravel and even tarmac roads with only a small amount of climbing.

As we headed out of the old mining town, Irvinebank, that we had called home for the last two nights the pace remained steady giving us all something to ease ourselves into. After 10km a rolling climb began and as expected the speed went up - nothing crazy - just enough to make your legs hurt a little. We all had known about a long twisty rough downhill and there was a sprint to get into it from the front group - the riding was fun as we snaked along with about 14 riders in the lead group. With dust everywhere you simply hoped the rider in front was picking a good line as you had little idea what you were going to hit. 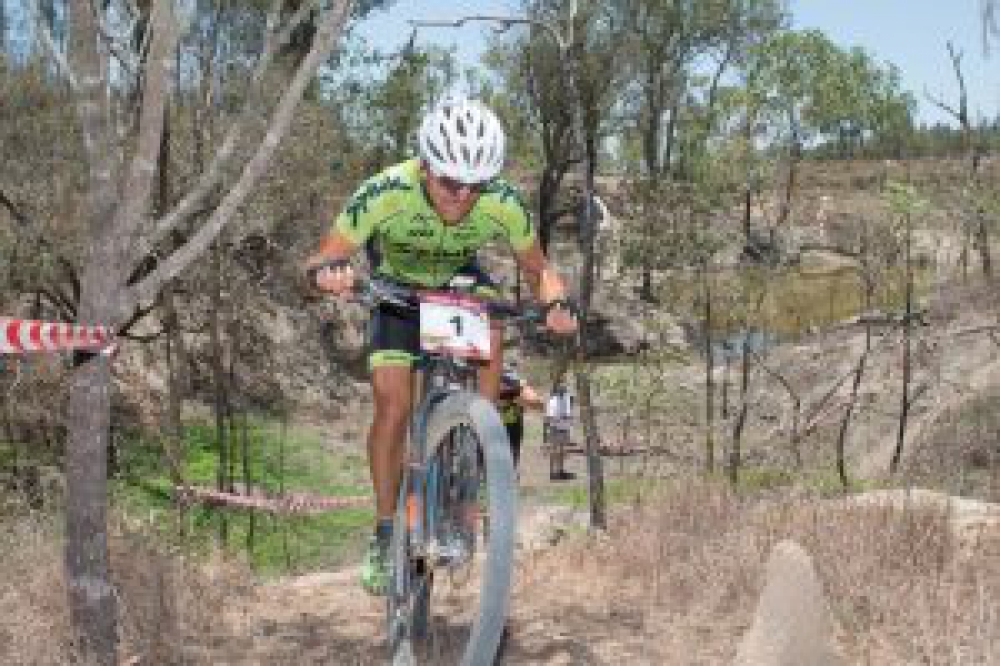 Things settled after a while and I was in a group of four just behind the leaders hoping to get back on before the long fast sections. There are some races where things just seem to work out right for you - this Crocodile  Trophy has not been one of them - psssst - and I had a front puncture, I think that is the first front puncture I had in years and it occurred on some normal trail - no sharp rocks/stones etc… Crap. I fixed that and got going again quickly enough but was alone on LONG tarmac roads into a
headwind. After 10km a train of riders caught onto me and I latched on - I must have been a carrot dangling for them to catch as the speed seemed to drop when I joined in. After another ten kilometres on a short rise another elite and I found ourselves well off the front and we just continued on eventually picking up some more riders that I had been riding with earlier. 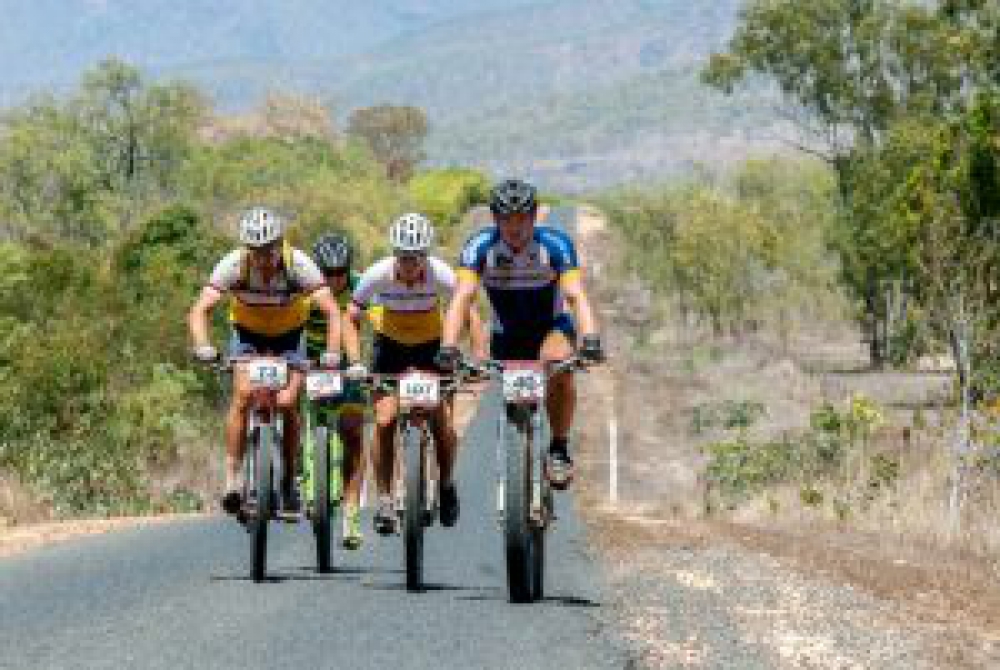 We rode really well together and despite the high temperatures (touching 40C for most of the day) I felt comfortable. We took the time to properly refuel/refill in the feeds so dehydration was thankfully not an issue. As we closed into the final km of the race we started to attack each other with Nicolas Pettina putting in a big effort on the final climb. I got across but with Milton and Vincent for company - the final 500 meters was a twisty up and down singletrack rollercoaster and the order we entered the singletrack was the order we hit the finish line. 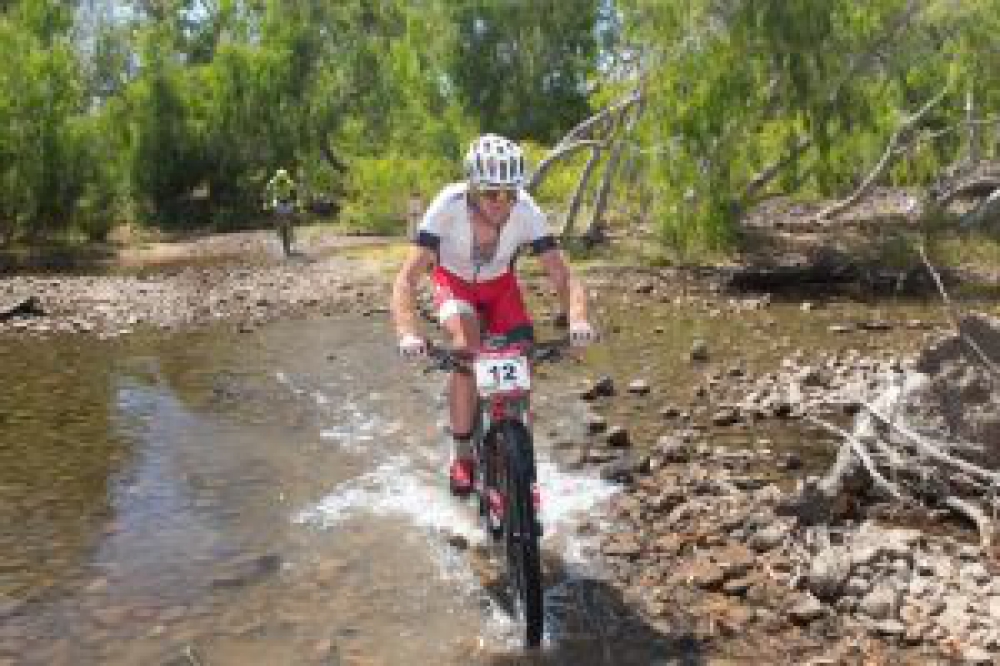 Today I felt good, the heat wasn’t an issue but I still didn’t come away with anything. We only have two more days left so not much time for me to actually do something in the race. Fingers crossed.

The Austrian Lukas Islitzer won the longest stage of the 2015 Crocodile Trophy in a sprint finish by half a wheel-length ahead of the overall race leader, Urs Huber (SUI). The Czech double-Crocodile Trophy winner Ondrej Fojitik is third ahead of Soren Nissen (DEN) and Brendan Johnston (AUS). Sarah White remains the fastest women in the rider field that had to endure temperatures in the high thirties and tonight is based at Skybury Coffee Plantation for a well-earned rest. 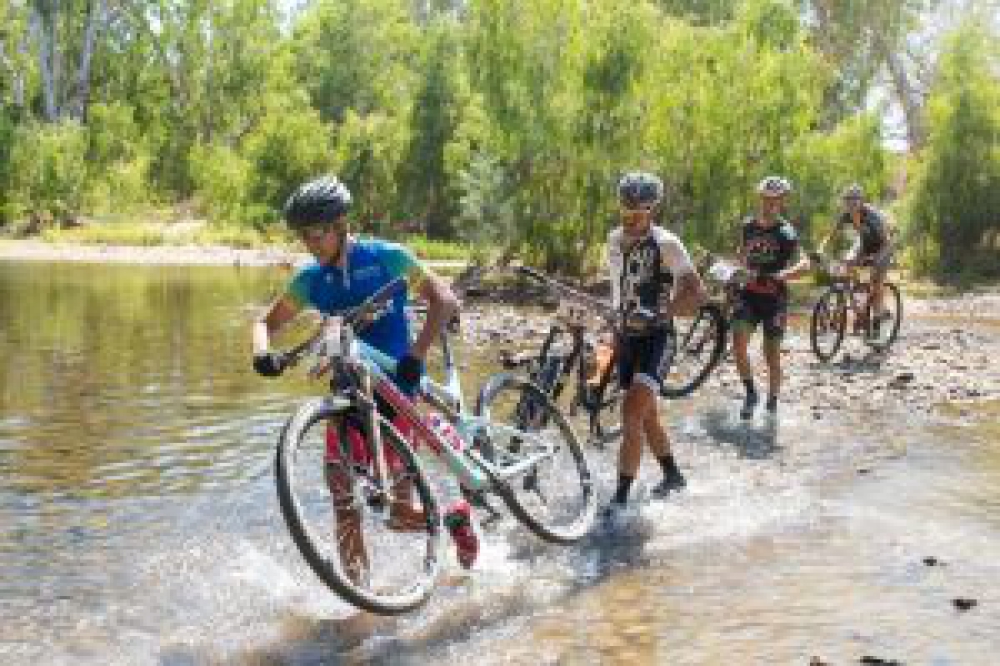 The last kilometre into Skybury coffee plantation had a final technical singletrack in store for them and Islitzer decided the sprint finish against the other four competitors  for his first stage win at this year’s
Crocodile Trohpy. Urs Huber who still holds a very comfortable overall lead of more than 16 minutes to Nissen.

The overall top five positions remain unchanged, with Nissen in second, Brendan Johnston in third, followed by Pettina and Islitzer.

The Crocodile Trophy now heads back towards the coast. The Crocodile Trophy has set up camp for the night at the tropical Skybury Coffee Plantation. The family owned business is Australia’s oldest coffee
producing plantation and its largest exporter of home grown coffee. With mild winters and warm summers the conditions are ideal and the plantation also grows tropical fruit: papayas, bananas and longans are on the menu for the Crocodile Trophy racers tonight.

Tomorrow’s elevation profile looks feisty with 1400m. The 101km marathon stage will take them even further north past the Kuranda National Park to Wetherby Station, the oldest cattle farm in Australia.