Stage 3 took riders around Atherton Mountain Bike Park, 77km with 1500m of climbing. Check out the video here. Ryan Sherlock did a great ride for 8th.

After being incinerated on Stage 1 I requested Mother Nature to turn down the heat a little, she kindly did for Stage 2 but on the 15km neutral rollout this morning to Atherton Bike Park for stage 3 she turned it from comfortable to very much Irish - in Ireland we would call today a “soft day” which basically means raining but not too hard and cold, but not too cold - it felt like home. 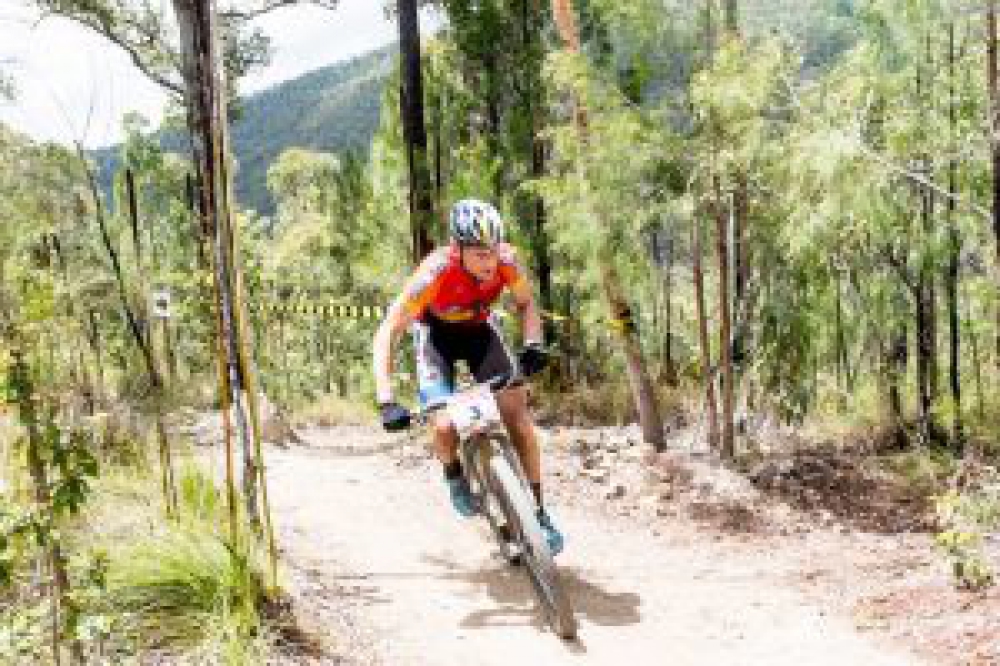 The style of racing for stage 3 would be pretty much as far away from the type of mountain bike racing we had the previous day as possible, but was super fun trail riding. On Stage 2 it was about peddling hard, a lot - today, left right up down, left right up down for three plus hours - my brain is more tired than my legs! Basically it was 60 kilometres with 98% purpose built single track very similar to what we would see in Ireland or in the UK. I love it as it makes mountain biking very accessible and pretty much weather proof but for racing. 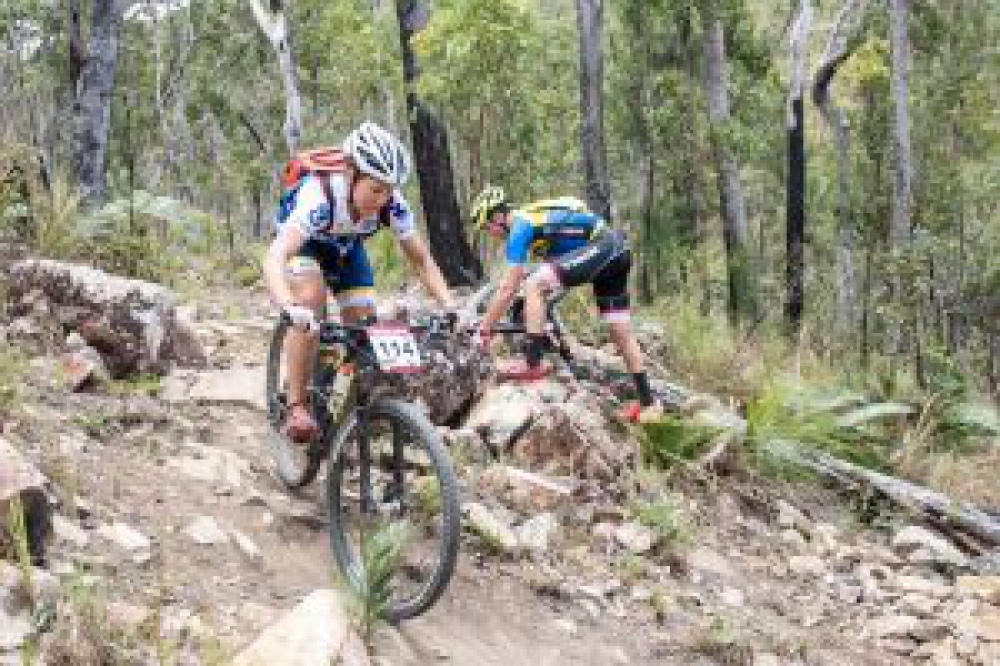 The race started with a mad rush to get into the singletrack as passing opportunities are very limited - I wasn’t so good at this bit and ended up picking off riders as the day went on. For the second of the two laps I started to enjoy it a lot more and started riding reasonably well with my second lap being a lot faster than my ‘fresh’ first lap - I guess the engine turned on and my hands were too sore to yank the brakes much. 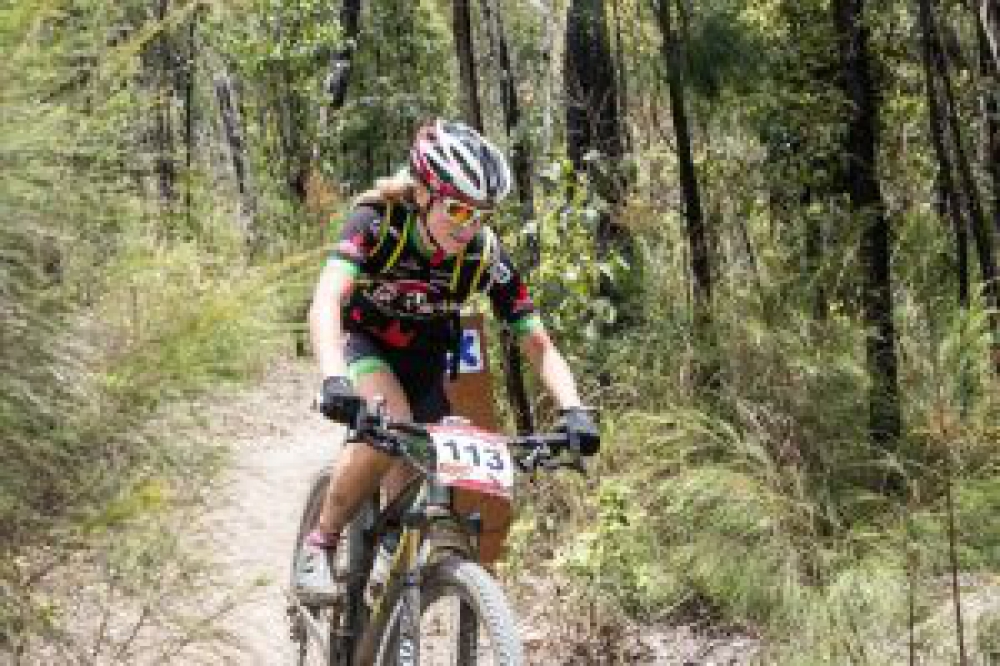 Regina Genser, 2nd in elite women despite 2 crashes, a broken chain and a flat tyre![/caption]

As I type this I just found out my finishing position, 8th, two better than yesterday but I was happier with how I rode the day before - funny how that works. I now sit 10th on GC with the four hardest days coming up. As I said at the start, today was polar opposite from yesterday but Urs is showing his class by winning both stages - an excellent all-round performance. Others were enjoying the riding too, Brendan Johnston said that it “was exactly what I love about mountain biking – I’d rather do 100km on this sort of terrain than race on a road or fire trail”. Cairns local Sarah White was smiling too, "This was just too much fun today”. 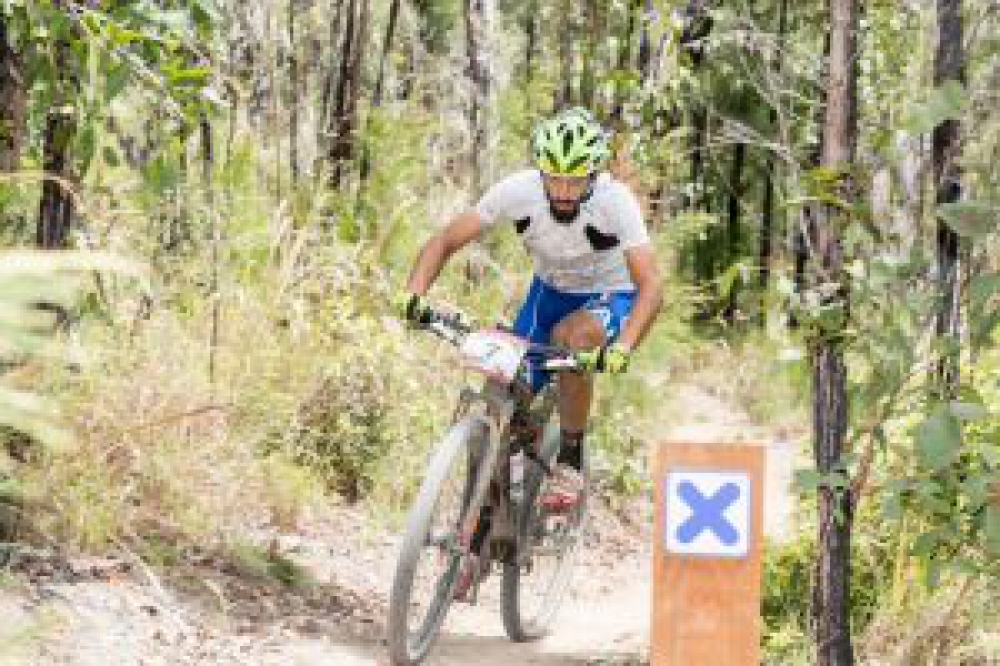 Tomorrow is a stage for me, up and down long climbs all day and so far the forecast isn’t giving it too warm (we will start to bake again a little later in the week though). The stage profile includes massive climbs taking the riders from Atherton onto the top of the Great Dividing Range in the Herberton State Forest and will be a classic 80km marathon with 2200m of elevation. 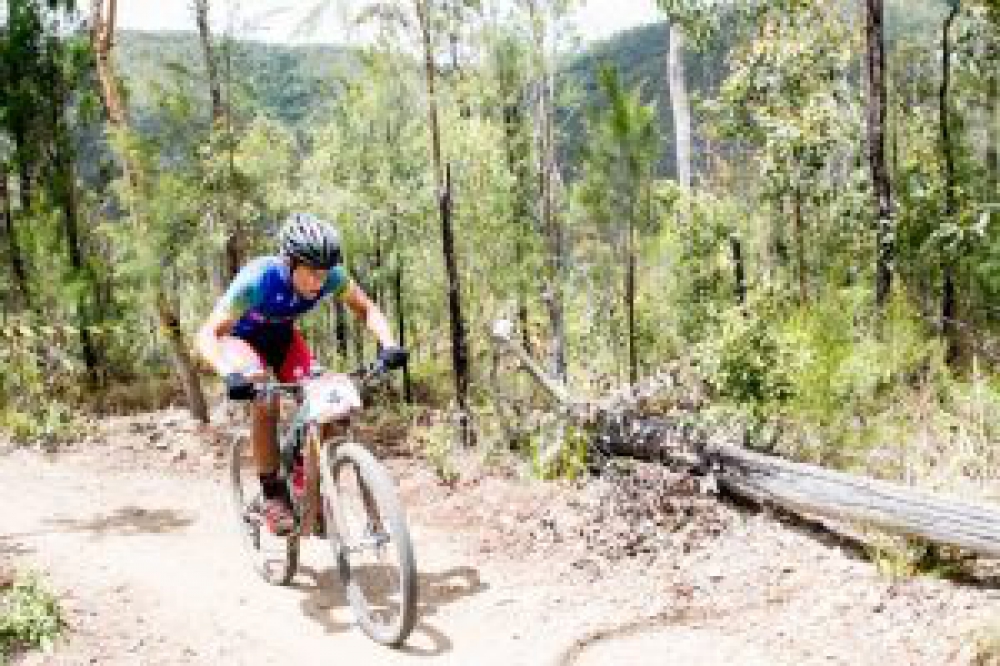 For power geeks, if you look closely at my Strava file today you’ll see how different it was versus the previous day - today you were either pedaling hard or coasting/soft peddling - not much in-between.

There is also a strong field of amateur riders impressing in overall rankings. The second rider to watch is Kristin Endres, the amateur female racer from Darmstadt who actually held the second position outright among the women
after yesterday’s stage. A considerable number of riders suffered mechanicals on the tough terrain, she said, but was spared herself. “I love riding on single trails and in the forests near my home and the second half of today’s loop was so scenic and pretty – I was flying, it felt like dancing. But it was tough and towards the end it was almost overwhelming”, she said. Today she finished in 4h29:32.6 and leads the women’s amateur category by almost one and a half hours. These women don’t leave anything out on track and are racing hard every day.