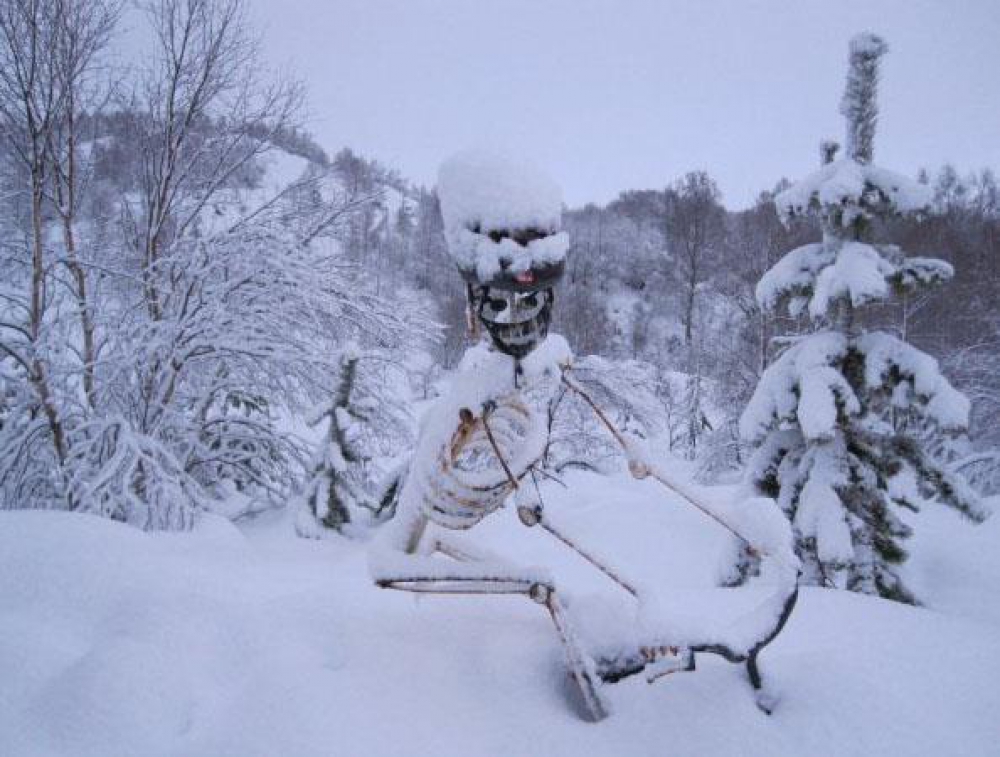 Snow and freezing temperatures greeted the riders at this years 10th anniversary edition of the now legendary Strathpuffer, what followed was 24hr racing of the highest calibre. Drama, heroics and masses of fighting spirit from every category made the 2015 Strathpuffer one to remember! In the Women's solo category, Gillian Pratt of Leslie Bike Shop/Bikers Boutique took the lead on the very first lap and never looked back. Taking the win with 19 laps in 23:32:31, 4 laps up on 2nd placed Anne Lloyd-Evans (Rainbows and Unicorns), who piloted her singlespeed machine to a total of 15 laps in 21:34:42. The real drama came toward the end, with Fiona Mellor (Glasdrum) leaving it late - 23 hrs 32mins and 2 seconds to be exact - to grab 3rd place (15 laps 24:40:30) from Hannah Kemlo (Glasgow Triathlon Club) who finished in 4th place (13 laps 21:11:41). The Mens solo race had folk glued to the live timing. In 2014 it was Jason Miles who took the win, with Guy Martin 2rd and Keith Forsyth 3rd... but 2015 was a different animal. Keith Forsyth wanted this win to go with his world 24hr champs victory (45-49 cat) back in October. Forsyth (i - Cycles) went out hard and a 37:48 on his 2nd lap was a real signal of intent. Word from trackside was that both Forsyth and Miles look strong, and after around 10hrs of racing it was Miles (Team JMC/Exposure) who took the lead, but it was to be short-lived as Forsyth stuck to the task at hand, smashing in a few quick laps and resuming the lead around 12 hour mark. Forsyth never looked back and went on to take the win with 28 laps in 23:49:14. Miles struggled through the dawn hours and it was Guy Martin (hope factory) - originally entered as a pair until his race partner, William Duguid, broke his collarbone before the race - who was ready to pounce. After 20 hrs of racing, Martin found a 50 min lap to overhaul Miles and push last years champ into 3rd. Martin eventually taking 2nd with 27 laps in 23:48:22, a lap behind winner Keith Forsyth. Jason Miles hung on to 3rd, finishing with 26 laps in 23:05:40. A great effort from Ultan Coley, who, after only collecting his loan MTB for the event on Monday, and losing his pairs partner shortly before the race, put in a mammoth effort and took a fantastic 4th spot (26 laps in 23:05:40). Jason Miles claimed the victory in the singlespeed category from Neil Scott (Angus Bike Chain) who finished 5th overall. 3rd place in the singlespeed cat went to 6th place overall finisher, Andrew Hutcheson (Calzzak). The Women's pairs race was won by the pairing of Zara Mair, Joanne Thom (Pedal Power RT). Taking it out from the front, Mair and Thom took the win with 27 laps in 23:57:44. The real battle went on behind with 3 teams fighting it out all race for the remaining podium spots. Velocity Cake Appreciation Society (Ferga Perry, Jenny Graham) and Wild Scottish Pussies (Nicola Jackson, Amy Goodill) put in the early fight for 2 spot, but it was Pink Hefies pairing of Ella Towers, Sally Buckworth that grabbed 2nd after 11 hours of racing, holding on to finish with 26 laps in 24:41:36. Jackson and Goodill fought on, claiming 3rd sport with 25 laps in 24:11:48. Velocity Cake Appreciation Society played their part and pushed hard but faded toward dawn, finishing a creditable 4th with 24 laps in 24:05:06. Defending Mens pairs Champions, Phil Simcock and Rich Rothwell (Team JMC / M Steel Cycles) knew they would have a scrap on their hands this year. On paper, the pairing of Jason Hynd and Craig Bowles (Exposure/MTB Guisborough/Bikescene/Altura) looked strong... and they didn't disappoint. Simcock and Rothwell took the early lead but Bowles and Hynd where never far behind. An early puncture for Simcock and Rothwell handed the lead to Bowles and Hynd but as the night went on it was Simcock and Rothwell that dug deepest, taking the lead back and not looking back, taking victory with 34 laps (2 short of last years total) in 24:18:43. Hynd and Bowles kept on pushing and claimed 2nd with 33 laps in 24:01:56. 3rd place finishes Adrian Toas and Anthony Spalding (Half Wheeling Gang) where by no means also rans, they where never far of the lead pairings, lurking ready to capitalise on any mistake. Adrian Toas and Anthony Spalding taking the 3rd spot with 33 laps in 24:27:24. The Mixed pairs saw a dominant performance from the One Hour Wonders pairing of Craigie and Jones, who went off like a rocket from the start. Clocking up an impressive 31 laps in 24:03:25, 5 laps ahead of second spot pairing, Waring and Smith (Team CF) who finished on 26 laps in 23:09:49. Square Wheels Youth Squad of Boocock and Wilson took a comfortable 3rd spot (25 laps in 24:03:25) as the Dinkelpops Wheelers pairs of Deborah Carr and Andrew Patience settled for 4th spot, finishing on 22 laps in 22:53:04. You can check out all the results (including those from the quads and 10's) here - Strathpuffer 2015 Results