Race round up from Jay & Maddie Horton at Fully Sussed from Rd1 of the 2018/19 Soggy Bottom Series.

It may be a time of political, financial and environmental turmoil, but you can always rely on the fact that as soon as the clocks go back and the rain starts to fall, the Soggy Bottom series won’t be far away.

2018 finds the Soggy Bottom series in its sweet sixteenth series, and this year it is being supported by New Devon Brewing, new guns on the local brewery scene with a killer logo and a surplus of wooden cows to grace our podium backdrop.

To celebrate the first round of the Soggy series this year, we decided to put on a small mini-downhill in that space where cross-country and downhill meet. Lots of riders tell us that they like to race downhill, but aren’t that keen when the race tracks go mega-gnarly and equally we have a large number of cross-country riders that feel the same way about the XC courses. So in the middle we have a significant minority of XC racers that love the techy stuff, and a number of DH racers for whom their limit is the top end of XC technicality. The downhill sold out ages before the closing date, boosted by the XC racers who really can’t be bothered to ride quickly up hills anymore, but still love going down. 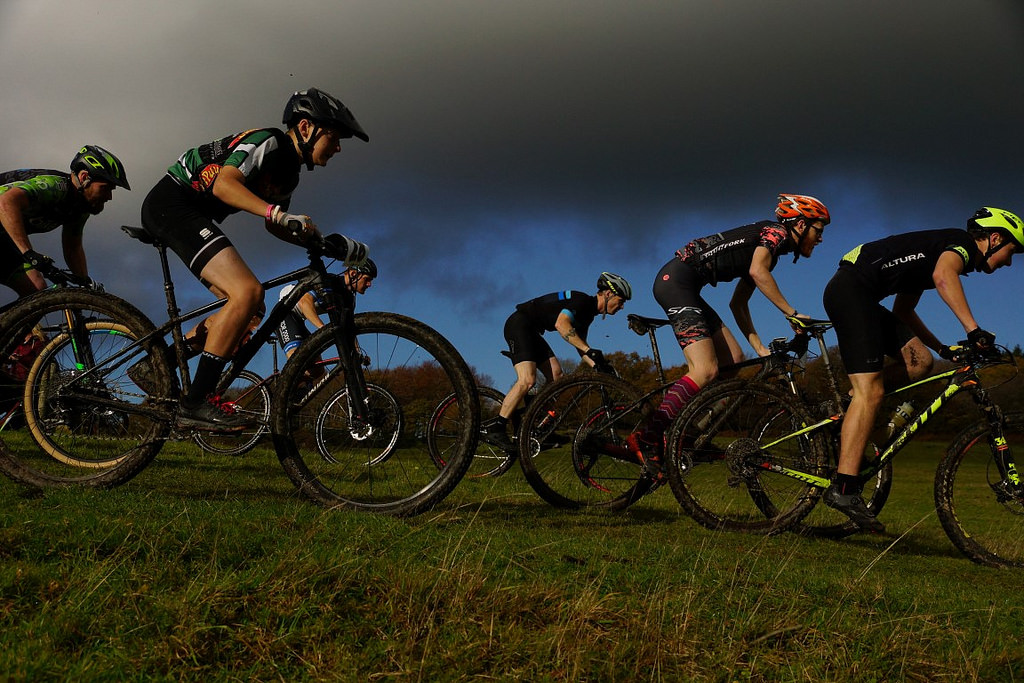 But before the mini-downhill burst to life, we had the small matter of a 100+ rider mass start in the cross country event. After a respectful minute silence to mark Armistice Day, the bun-fight kicked off with grand vets elbow to bony elbow with juveniles, all 100 riders trying to be the first to the gate to Bluebell Woods or be destined to never again see the front of the race, stuck in a mountain bike conga until the next overtaking spot.

Trying to predict lap numbers for each of the categories is a real headache for an organiser. We frequently get it spot on for the leading riders in the categories, but inevitably end up with such a wide ability range that some of the back markers could be out for hours, grinding out their allocated number of laps. At the Soggies, we try to address this by closing the course after 90 minutes i.e. if you haven’t started your last lap after 90 minutes, we put you out of your misery but not letting you go out again. This way the leading riders from each of the categories finish in the expected time, and we don’t have poor souls out all day. For 90% of riders, this is a blessed relief and something they have come to expect, but it still feels tight for those few who are planning to use their final lap as their race-winning move. As it was, it was Ben Wadey from Clee Cycles who set the pace in the senior race, finishing in 1 hour 24, which is bang on the money time-wise. His seven minute winning margin was not unusual on the day; Pilgrim Flyers’ Helen Barron won by 6 minutes in the senior women, club-mate Jack Southcott won by six in the youth boys and the only category that had a truly close finish were the juvenile boys where the top three were separated by a paltry 25 seconds, with another Pilgrim Flyer, James Pearcy taking the win. But despite the gaps between riders in the categories, having over 100 racers out on course meant that you were never lonely for long.

Winter racing is a tough affair, and even more so after such a dry and dusty summer. Lots of racers will have still had their bikes set up in Summer mode, while the wily old foxes were seen sporting full mudguards, overshoes and spike tyres. You either revel in the winter conditions or struggle like hell. Mike Tomlinson used the conditions to his advantage, catching team-mate Pete Dawe on each of the long, slippery, technical downhills at the front of the vets’ race only to see Pete disappear off the front on the next climb. As it was Pete punctured on the last lap, leaving Mike to take the win, albeit without the bragging rights. 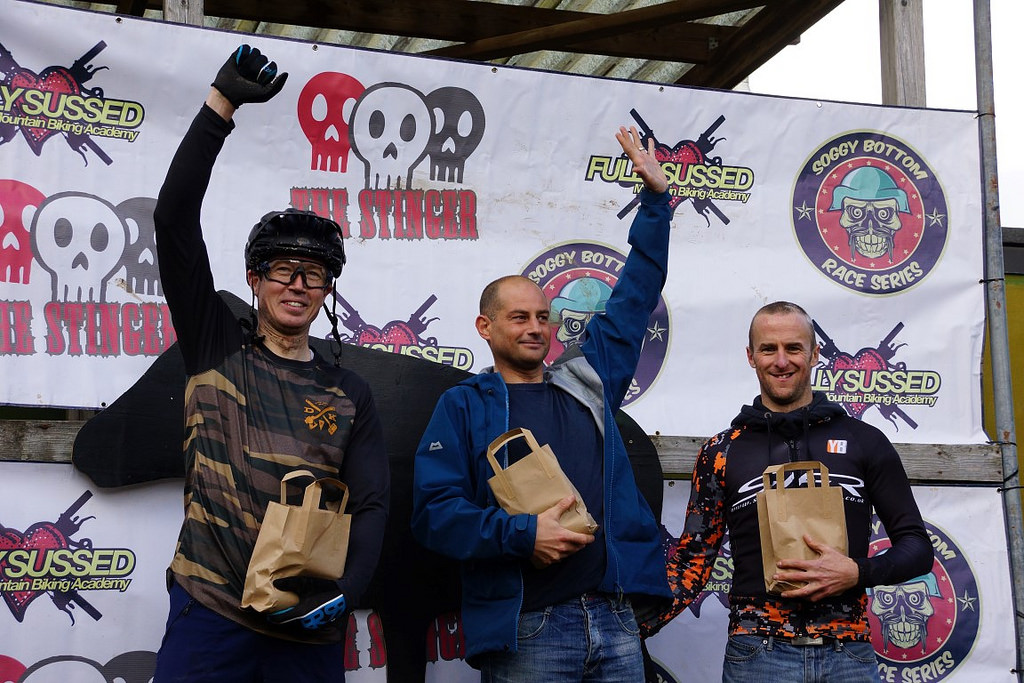 Luckily the weather played ball on the day, and blue skies abounded for the race photos, the podiums and meant that the XC racers could stick around and heckle the DH'ers, as they raced down trails that the XC'ers have been doing for years on stiff-as-a-board bikes without a dropper post in sight. The DH format was as follows – we had two DH runs marked out, starting from the same place. The riders had a bit of practice time, then we opened each run for an hour for shonkily timed runs. Riders huffed and puffed back to the top to go again for as many runs as they wanted in the hour slots. Nothing huge, no need to shout ‘SEND IT!’ at the top of your lungs, and probably more pedalling than the DH'ers are used to doing, but entertaining none the less. Local enduro legend Ross Hancock took the win riding for Cranked Bikes and Scott, behind him were two young North Devon hardtailers Fin Clay and Jack Hewlett, making the most of hardtail speed in the pedally bits. The downhill for round two sold out in 24 hours, even with increased capacity, and it’ll be two different runs to challenge them, with a spot of Cottage Carnage in the mix, for both the cross country and the downhill.

Full results from the weekend can be found on the Fully Sussed website HERE.