I haven’t raced at Thetford since the National Series paid regular visits there a few years ago. My abiding memories were trying to take a bottle in the feedzone at 20+mph across a bumpy field and having a very sore back the next day! I did however also remember the amazing singletrack so I was hoping the third round of the Thetford Winter Series wouldn’t disappoint.

The day dawned bright if somewhat cool and there was still quite a bit of ice around. This made the “what to wear” dilemma tricky – ooh it’s cold, I’ll wear my hat, no, you’ll get too hot, hat off! Standing on the start line I felt a bit of wimp, shivering in full leg warmers and thermal jacket whilst a chap in front was in shorts and short sleeves, seemingly unaffected.

Having not done either of the first two rounds of the Thetford Winter Series I wasn’t gridded but with a long section of fireroad after the start I wasn’t too concerned. After what seemed like a long wait in the cold the hooter sounded and we were off. Keen to get to the front I took to the bumpy grass verge and gave it, as we would say in Euro-speak, full gas, settling in around 4th. At this point my front brake having behaved perfectly all week, decided it would again stick to the disc rotor, making a rather annoying, loud humming sound. It did this at Gorrick too, but not in between, maybe a strange allergic reaction to racing! 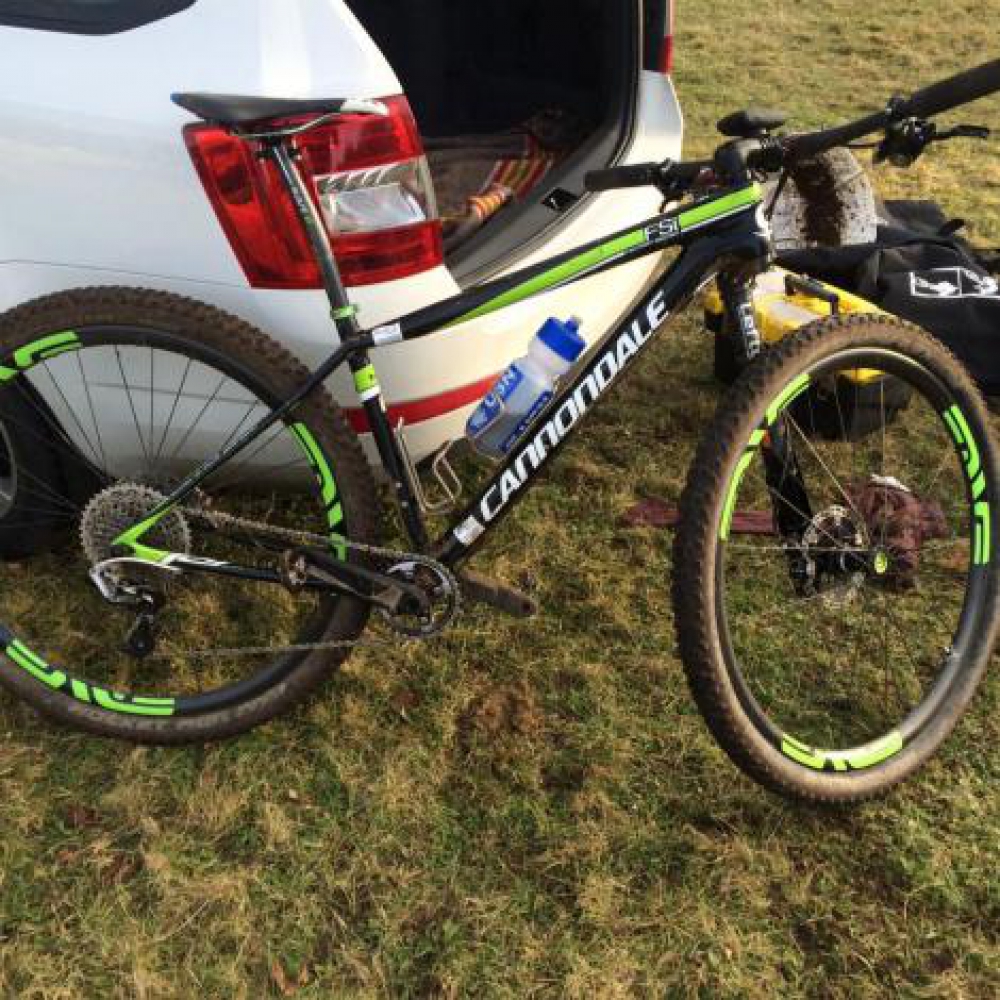 Can’t beat not having to clean the bike after a winter race![/caption]

On the front Paul Ashby was giving it beans with Ryan Henry close behind. After a little gap opened to these front two I had to make a fairly massive effort to get across which took most of the first lap. Having not had time for a practice lap I was also riding the singletrack a bit blind which wasn’t helping, oooh a corner! The course was great fun, a really good mix of swoopy singletrack with some fast fireroad in between. A chance to get your breath back or catch back up. Sadly I was in the latter category at this stage!

On the second lap Ryan pulled away slightly, getting a gap of around 30 seconds. My front brake was messing with my head, after every corner the pads would stick, play their little humming tune before finally releasing, grrr! The legs weren’t feeling super either, maybe 4 hours of deep mudplugging the day before was a mistake! Rather than play catch up I focussed on riding my own race, keeping it smooth. By lap 3 I could take the humming no more, so had a quick bike fettling session, removed the front wheel and tried to prise the brake pads apart with the help of my trusty multi-tool. I didn’t lose any places but Ryan was long gone.

I spent the next few laps alone, but thoroughly enjoying the course. The legs came around a bit too so I pressed on. Within a few laps I could see Ryan’s fluorescent yellow top through the trees – he should have gone stealth black! This gave me the motivation to keep pushing and eventually I made contact. We spent the next three laps together and with a healthy lead the pace backed off a bit. With the finish approaching I kept waiting for Ryan to attack. He was faster through the singletrack so I stayed on the front and not-so subtly kept the pace high between singletrack sections to dissuade Ryan from attacking. But no attack came and we headed towards the finish together. I tried to gradually wind it up from a kilometre or so out but the legs said no. So it was all down to the sprint. I wound it up across Mayday Meadow, just holding Ryan off then out of the corner it was another 100m dash to the line. I took the sprint but there wasn’t much in it, certainly not time for a two armed salute! I’m racing this year with a Stages Power Meter; today’s figures were a bit depressing - I managed a whopping 1,035 Watts in the sprint, won’t be winning Milan San Remo with figures like that! Time for a rest day. 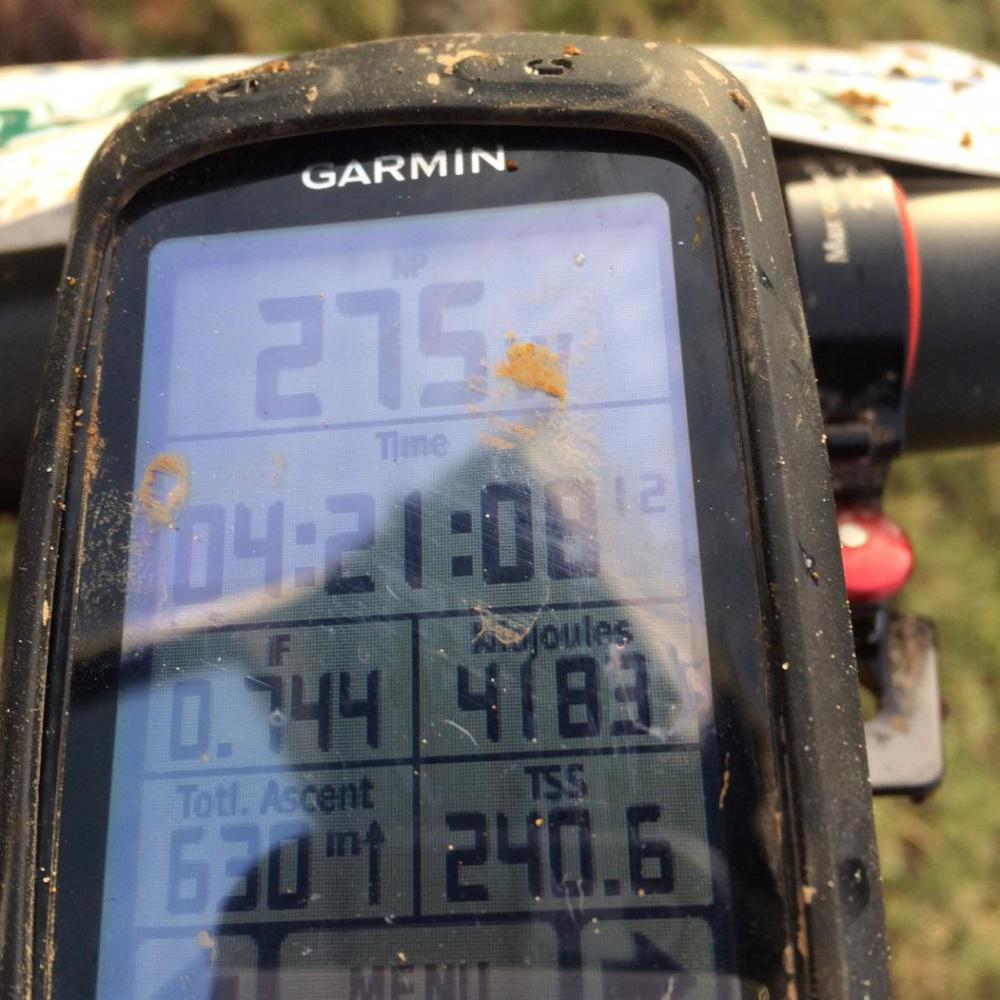 The numbers don’t lie, it was quite flat! Still plenty of calories to replace..[/caption]

A great race then, a really fun course and the weather was gorgeous so it was a brilliant day out. Thanks to Thetford Racing team for putting on such a great event and as always thanks to all our sponsors – Renvale, Revel Outdoors, Clif Bar, Fizik, Crank Brothers and also to Saddleback for helping me with the Stages powermeter. A week off next week then it’s time for Round 2 of the Gorrick Spring Series where hopefully the good legs will make a reappearance!