Tough day in the saddle for our man in Lanzarote. Check out Chris Noble's Stage 2 report...

"Stage 2 of Club Lasanta Stage race was a 55km loop around the Lava fields south of the island. I didn’t get an especially good grid position, so I had my work cut out from the start, but I seem to start quicker now and soon got back with the riders from yesterday, with Ant White joining me after a few minutes. Legs felt good but I had to work hard to stay within the group, within a few km I had dropped back and had to fight hard to get back with that group after a silly low speed tumble. Approaching the open lava fields I got dropped again, at one of the worst times on the open fireroad which cuts through the fields. 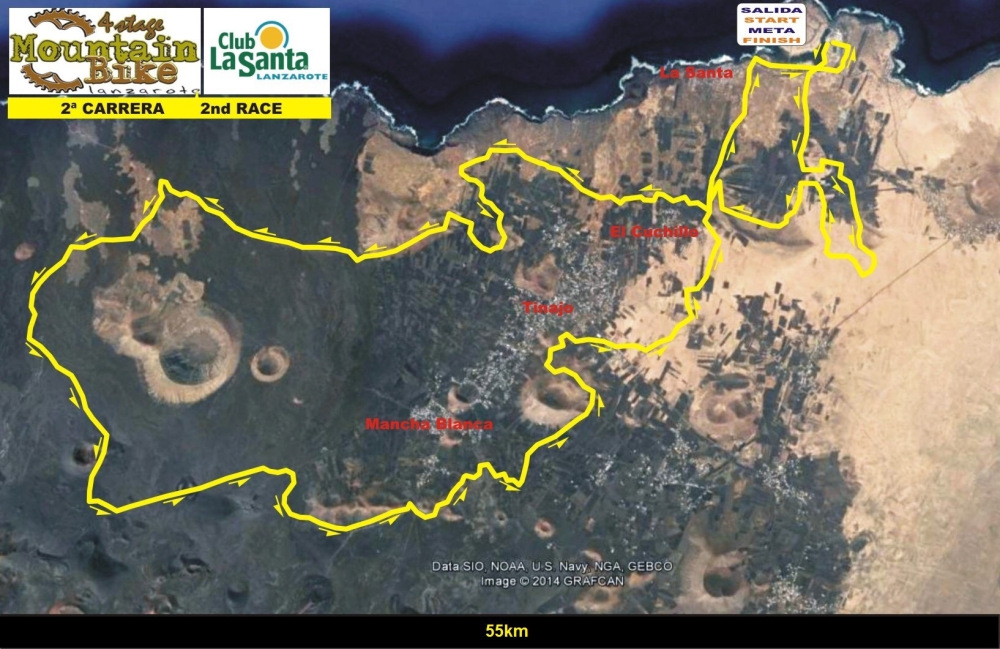 Luckily the route climbs out of the Lava and this gave me a chance to get back in contact after a solo high speed chase! Leaving the lava there was a road section, I was in a group of 5 and we did through and off, giving me a chance to recover and fuel. With around 15km to go there were a few sections of single track, I managed to get dropped again (I’m blaming it on my wonky handlebars after the fall), again I somehow managed to get back on to the group after a little help from a veteran rider. With 5km I tried to get away from the group but I was feeling pretty spent from the previous efforts, I finished a few seconds behind Ant in 31st overall and 17th elite - 31 elites today.

Tomorrow is a 20km hilly time trial; after practicing the route on friday I’m not 100% sure Schwalbe Thunderburts were the best choice!! Ant White will make a good carrot, 30 seconds up the road."