With our respective better other halves away for Valentine’s Day, a few mid-week Facebook messages and some hasty planning later and I was off to Wales with George Budd. On Saturday we headed over to Afan, I was keen to try some of the new trails as well as revisit old favourites. We took in y Wall, Penydd and Blade. What a day, sunshine and incredible trails that were mostly dry, with just a few splashy bits. George had taken the opportunity to use his “big bike”, whilst he dragged nearly 30lbs of bike uphill he had the distinct advantage of many inches of suspension on the way back down! After 5 hours my arms were really suffering, I love my Flash hardtail but it’s perhaps not ideally suited to these unforgiving , rocky man made trails. Ironically as we stopped to take in a view I got a text confirming my full suspension Scalpel had just arrived, nooooo! 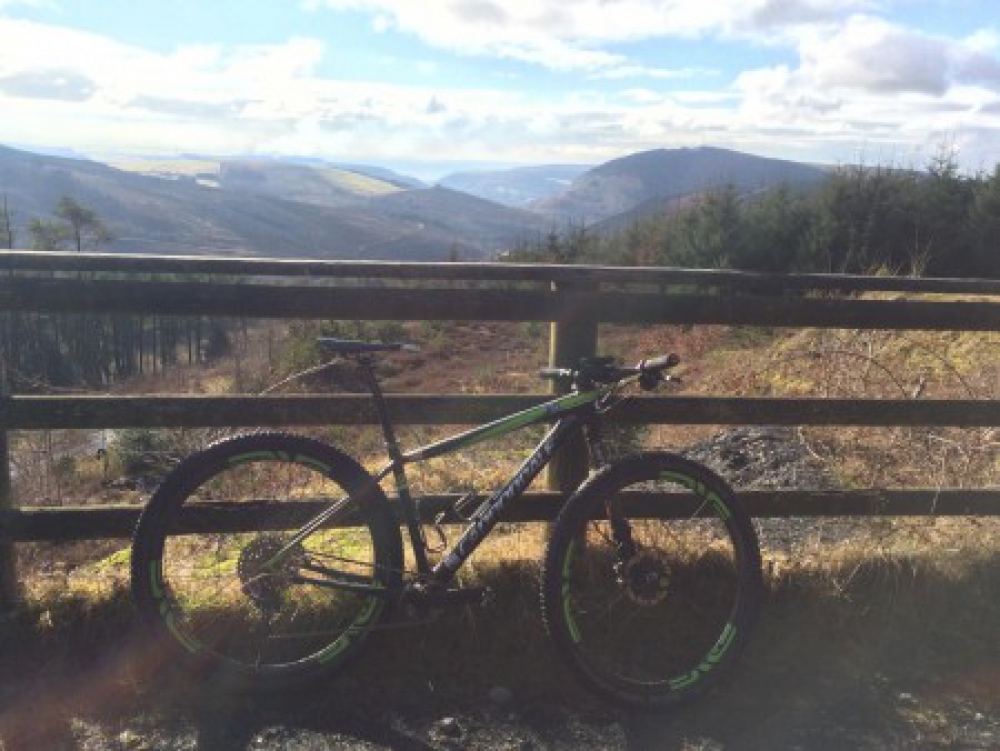 Look, it’s sunny! Flashy and rider take a little rest from the pounding of hard rock![/caption]


We stayed in Glyncorrwg, hungry after a day’s riding we headed out in search of food. Options were distinctly limited. Aside from a small general stores, we found a pub, they didn’t do food, but could order from a takeaway. Only problem was the 1.5 hour delay! A little while later we drove over to the take-away to speed things up! We then took our mountain of Indian takeaway back to the B&B where I proceeded to upend a portion of rice over myself, nice one!

I was undecided whether to head off into the hills again on Sunday or race Round 3 of A Cyclings Pembrey Winter XC series with George. After a hard day’s training on Friday and a big ride on Saturday I was feeling a little tried but I’d heard great things about the course at Pembrey though, so a bowl of porridge later we were in the car, heading to the beach! Turning off the main road through a housing estate, it seemed unlikely there could be much interest for mountain bikers here. Pembrey Country Park is a little gem though. On arriving I took a spin down to the beach which is incredible, stretching for miles and with the tide out you can barely see the sea. Even though there was a chilly wind there were plenty of people enjoying the amazing views.

Sightseeing time was over though. It was time to go racing! The course was brilliant, lots of super fun twisty singletrack, a couple of short sections of fireroad and two short, but very steep little climbs. The ground is very sandy so must drain well and it was completely dry, a welcome rarity in mid-February!

With the sun out and the temperature reaching the dizzy heights of mid to high single figures, I decided it was time for the legs to get their first outing of 2015. Sorry if the glare of whiteness blinded anyone! There were only 3 of us in the Elite field, me, George and Lee Williams but there were plenty of Expert and Sport riders to keep us company. We set off and George hit the front with Lee and me just behind. Mark Spratt and Robert Williams joined us for the ride, looking at the results both are in sport so both deserve a promotion! 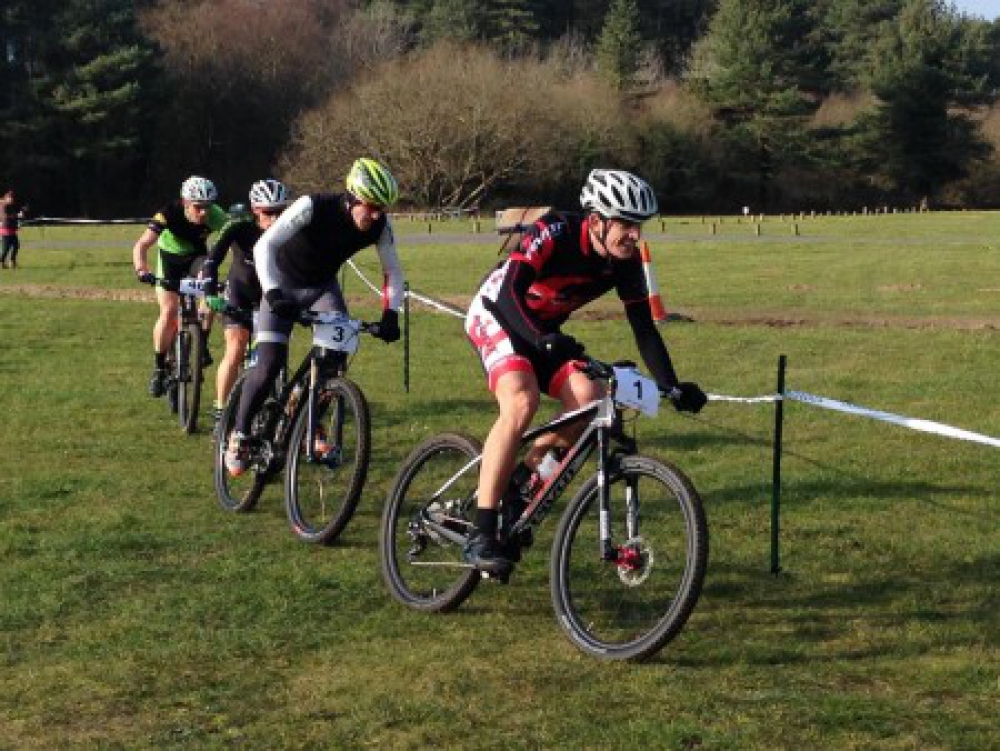 George, on the front, giving it beans! Lee in second, with me just behind. Thanks to Matt Page for the piccy.[/caption]


With George driving on the front we sped along at quite a rate. After two hard days my legs felt a bit sore, especially on the short climbs which George hit full gas, every time, so unlike him! Each time up the little rise a little gap would open but I felt good on the singletrack sections and was able to close back up. For 7 laps we tore round, George never once coming off the front. With the pace high Lee and me were both quite happy sitting in! Lee is a very classy rider and on the last lap I full expected him to hit us hard but he never did and I was feeling a lot more comfortable as the laps had gone by. George hit it on the one long drag, but with a long fast descent afterwards it wasn’t enough to get a gap. So, we hit the finish straight all together. Must be pretty rare for a sprint to decide first and last place! I kicked hard and got round George, making sure I didn’t ride him into the barriers round the final corner! I’ve done lots of work on my “jump” trying to rediscover my XC form of years gone by, but I was surprised to beat George and Lee, especially taking the outside line round the last bend. I felt a bit bad outsprinting George after he’d literally sat on the front on all race but once I saw the finish banner the inner racer in me took over! So really pleased to take the win, but perhaps the strongest rider didn’t win today.

So a great weekend and George was still talking to me after the race so I did get a lift home, which was a bonus! The course at Pembrey is great, lots of really good singletrack and the venue has so much more to offer aside from racing, genuinely one of the few locations I’ve raced at where it’d be great to bring the family along too. A Cycling’s Matt Page really deserves support in taking this venue to the next level.

Thanks as always to everyone at Renvale and Revel Outdoors and all our sponsors for their ongoing support. (Don't forget - Official team launch 21st Feb)