Bright sun shine met the competitors when they rolled up to the start line for the Potash Spring Classic, luckily most of the recent rain had missed the venue and the course was mainly running dry and fast. First off was the Senior Male category, Robert Staines of Hadleigh MTB Club in his first season since leaving the Youth category initially lead the field out pulling 4 riders clear with Robert Purcell (Neon Velo) Kurt Minter (Maldon CC) and Russ Welch (Travers Bikes) on his tail. 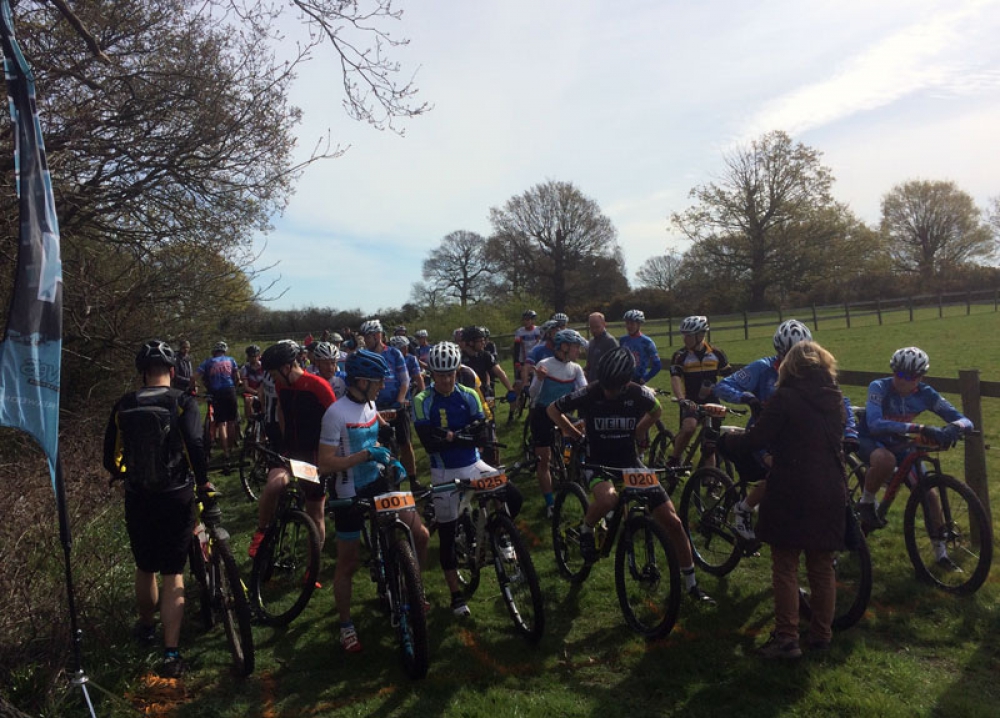 The tight twisty course soon spread the field out, using this to his advantage Russ Welch attacked easing out a 1 minute gap over the 3 chasers. Midway through lap 3 Robert Purcell made his move and tried to close the gap to the leader, which he almost did by lap 6 with just a 12 second gap between the first 2. This was the wake up call Russ Welch needed, himself putting in an attack; sprinting up the wooded climb on to the open section that skirted the woods. Welch extended his lead back up to 26 seconds giving the Travers Bikes rider the win over 2nd place Robert Purcell (Neon Velo) with Kirt Minter (Maldon CC) in 3rd. 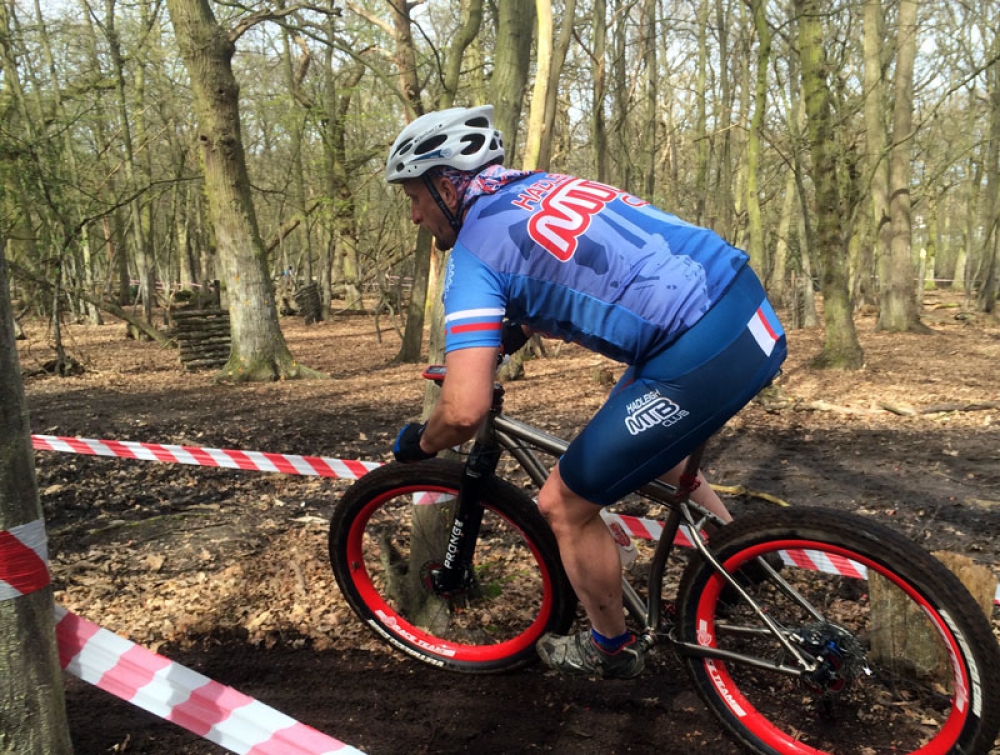 The under 16’s race was a more straight forward affair, with George Crocombe of Hadleigh MTB Club having a strong race leading from start to finish lapping in times that would have put him up the sharp end of the senior race. There was a great showing from the Hadleigh MTB Club with the team filling all top 4 positions with Harry Bates in 2nd, Joe Champness in the 3rd and Adam Cavalla just 2 minutes down in 4th. 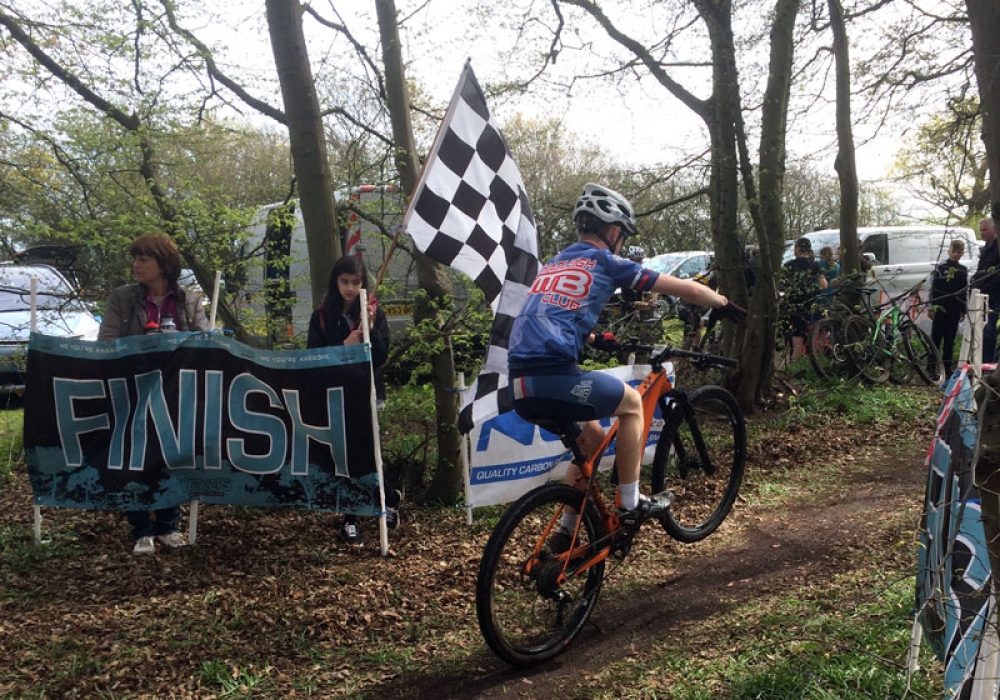 Starting last the women race was a close fought affair with positions constantly changing in the first couple of laps before a pattern finally emerged. Becky Foster of Trog MTB eventually pulled clear of Emma Claxton (Travers Bikes) and Jane Brockman (Hadleigh MTB Club) who had a mechanical late in the race leaving them in their final finishing positions. Special shout out must go to Kess Claxton (Travers Bikes) who was the only entrant in the under 16’s female class, it was her first ever mountain bike race. Kess started with the other ladies,  you could see her growing with confidence during the race as she clawed her way through the field eventually catching Becky on the bell lap beating her to the line to be the first female finisher! Chapeau! 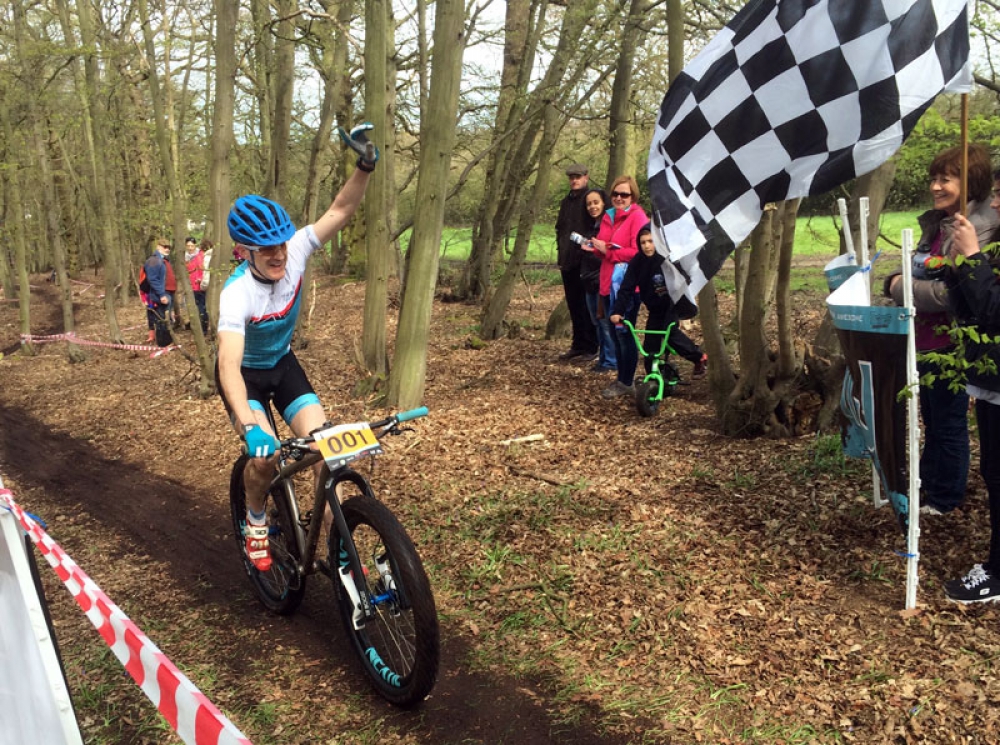 The Essex Summer Evening Series (ESES) kicks off on Tuesday 12th April using the same venue but with the course in reverse. The first round will be a night race starting at 19:45.