Our XC racing newbie, Andrew Kennedy shock off a winter bug and hot footed it down to The Inside Park, Blandford for Round 4 of the Offcamber Bikes winter XC series. Still learning the ropes, Andrew has trained hard and is about to set out on his XC racing adventure. Check out how he got on... 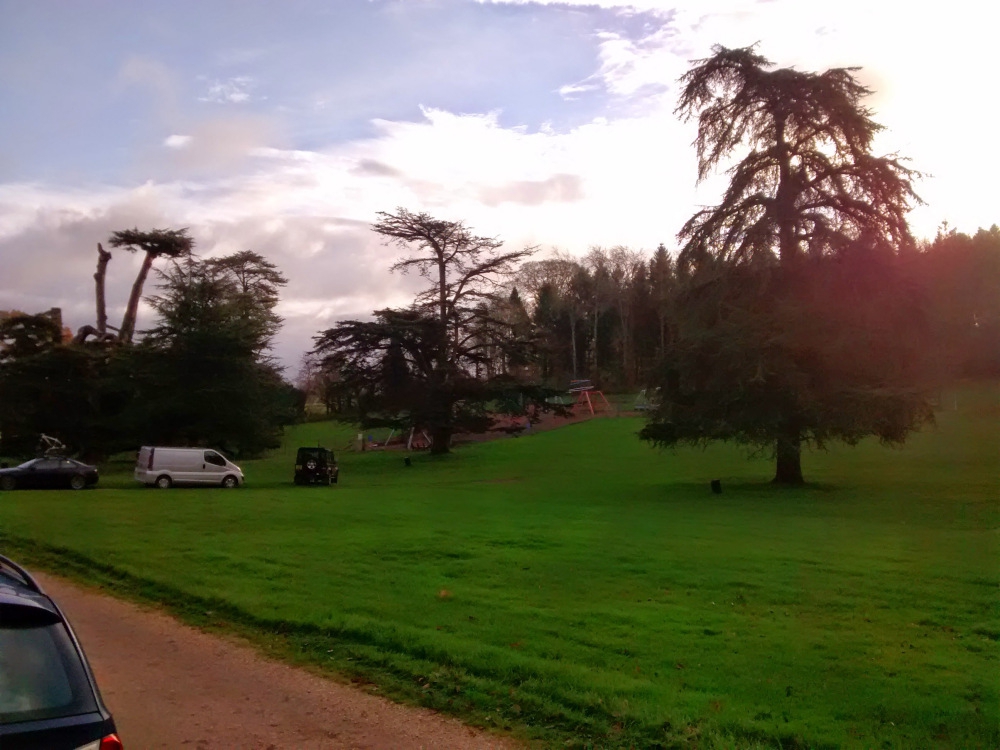 "Part of a 7 race winter series organised by Offcamber bikes in Blandford, all rounds are at Inside Park which is a camp/caravan site nearby.  It is about a 55 minute drive for me - plus extra time since the sat-nav sent me the wrong way.  I have never ridden in the area before, it is a little chalky but mainly rooty.  There is a lot of good singletrack, although it tends to be more awkward than flowy.  It is not at all off camber despite the name!

Race preparation
I am in the middle of a training block but had already backed off by Thursday due to having a cold.  I felt a bit better by Saturday so tried the Trainerroad “sharpening” workout which seemed to go okay so I decided to race the next day.  I don't have the experience to know how a cold effects performance so I'm not sure what it has cost me in terms of pace.

The bike seemed to be running okay so I just had to pump up the tyres and attach the race number on arrival.  I don't know whether it's the riser bars or the way that the cables run but race numbers don't fit well on my bike so that is always a bit awkward.  My tyre pressure turned out to be much too high as soon as the race got interesting, so that was a pretty stupid choice on my part which eliminated the advantage of my 2.4 inch rubber.

Race
The turnout was 88 riders, most of them in the senior male category and a lot who looked very quick.  I had thought that the advertised “rolling start” would be behind a pace bike or similar but it was just a mass start on the tarmac section.  The grid was fairly open except at the front (I started in the middle) and people generally seemed to sort out an appropriate position for themselves.

I moved up a lot of places on the roll down the tarmac and the long fireroad climb following it, then got stuck in a singletrack train for much of lap 1.  It had been mostly dry for the week before the race and my forecast suggested only a light shower was expected but instead we had frequent showers and course conditions got worse.  It's the same track for everyone but some parts had gone past where I could ride effectively with my tyres, especially the rear, and my performance dropped.  I also started suffering from lower back pain due to my seat/bar height, and I was feeling a bit beaten up from the quantity of singletrack which is something I need to work on.

I fought the mid-field battles as well as I could (I think I generally lost) and spent much of laps 2 and 3 on my own which was not as good for speed as I had imagined.

I finished 30th in 1:39:06, the race winner was Paul Hopkins in 1:14:37.  My time deficit is 33% which is quite a disappointment but I have learnt a lot from the race, and I am convinced that I would be quicker in relative terms in the dry.

I found the marshalls all to be very friendly which makes a big difference when you turn up somewhere on your own, and it is definitely an event which I will try to get to again if the dates work out for me."

Check back soon to see how Andrew progresses as he prepares to take on his first XC season, and why not give him a follow on Twitter @MTB_Akak