This weekend saw the second round of the Gorrick Spring Series take place at one of the most popular venues, Crowthorne Wood. The title “Spring Series” seemed optimistic, as I arrived at the venue the car thermometer read -0.5C. 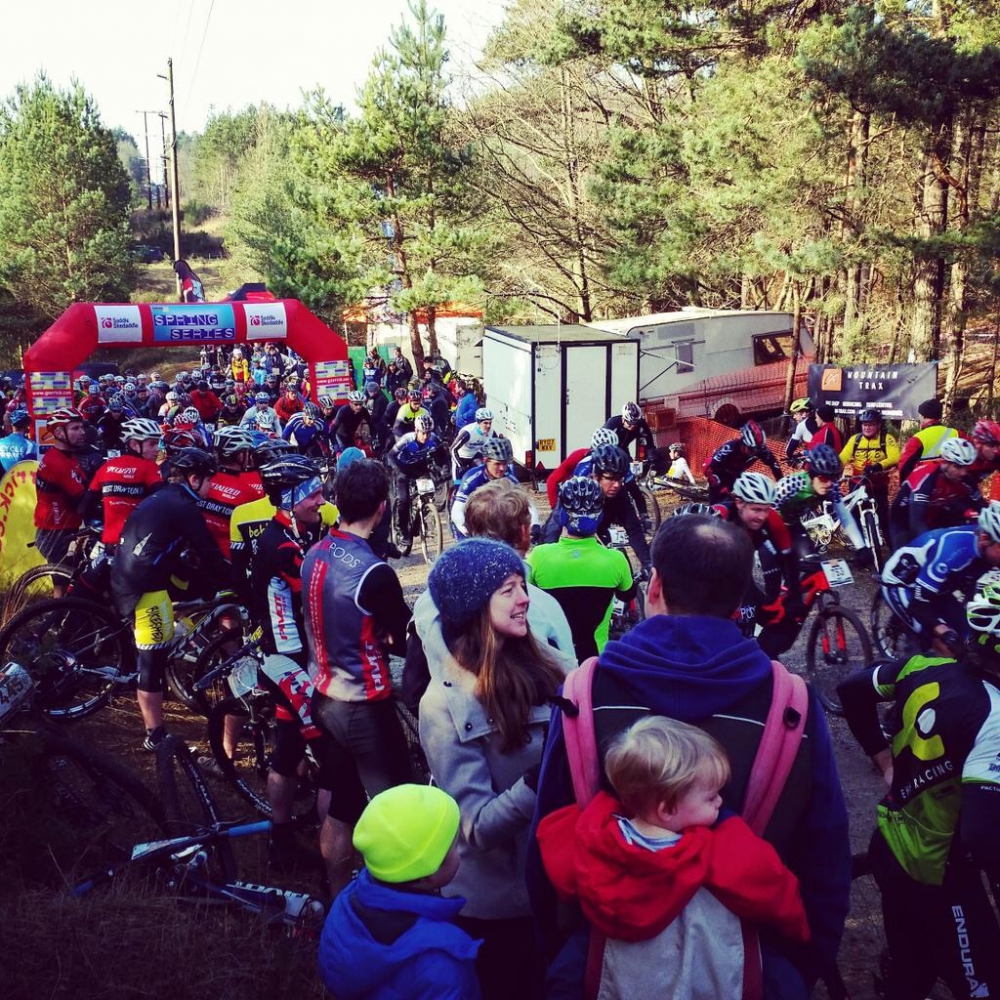 I had time for a quick practice lap before my race got underway. As is traditional, the course started with a short kick up the fireroad before diving down the other side, then another short rise up to a long, straight fireroad section before diving off into singletrack. In fact once you’d done the start straight that was pretty much the fireroad over with. Aside from the excellent corkscrew section a couple of new singletrack sections had been prepared for the event. The first was a loamy twisty downhill section which bedded in perfectly as the race went on. The second section led into the corkscrew and started with a lovely steep, root infested drop into a bend at the bottom. There was then some off camber, rootiness before twisting round the corkscrew. All really good stuff and apart from one short splashy section on the fireroad it was all dry, bonus! 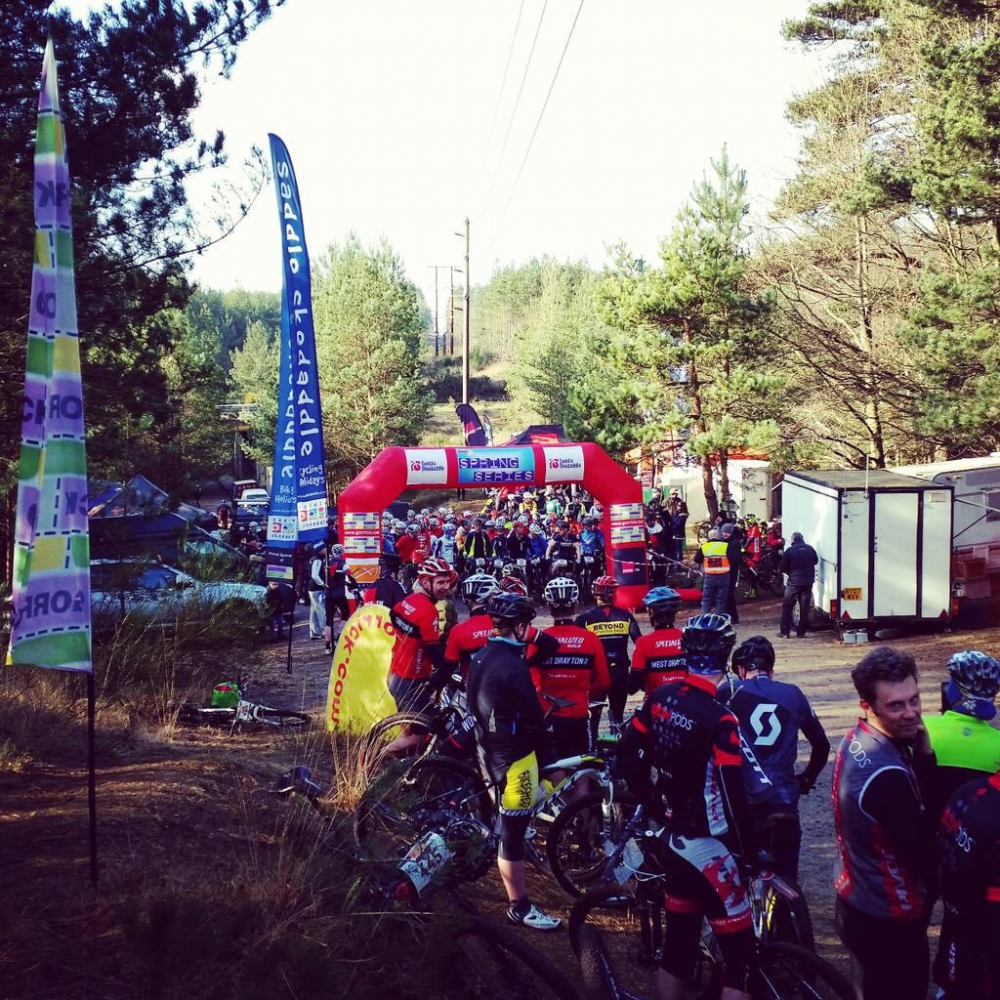 Lining up the sun was still very much absent, having lazily barely made its way above the horizon to warm chilly riders. Jackets and hats were kept on until the last moment! The Expert men’s line up saw most of the riders from round 1 with Ben Thomas (Mountain Trax Vauxhall) also making an appearance along with endurance specialist Matt Jones (M Steel Cycles). This was going to be a fast race! I’d not had the best week, fighting a cold I’d had more days off than I would have liked and felt decidedly average the day before. With hopes of a strong overall series position I knew I had to place consistently well, so was really hoping I could finish top 3 again. Off the start this looked optimistic as I was in around 7th but a quick dash along the fireroad took me a bit nearer the front. Just in front Phil Pearce had started like a rocket and was dragging Ben Thomas away with him. I could only watch from around 5th as they disappeared.

As soon as we got out of the singletrack I sprinted into third and set off to see if I could catch the front two. I was quite keen not to tow the rest of the race with me so tried to get a gap. Unfortunately, my eagerness, together with the sun being unhelpfully very low in the sky resulted in many clumsy errors through the singletrack – can’t see, oops tree, brake! I was wasting lots of energy and not actually going very fast! By the end of the first lap despite having put in a big effort I was only a handful of seconds up on a chasing group of Scott Chappell, Kim Little and Simon Allard. They had a real advantage on the long fireroad section, keen to maintain my precious gap I gave it full gas! I managed to gain a bit more time which calmed me down enough to ride the singletrack smoothly. By lap 3 I had closed the gap to Ben to around 30 seconds so I pushed on. Unfortunately, Ben perhaps sensing my late race charge did the same and the gap opened up again, oh well! 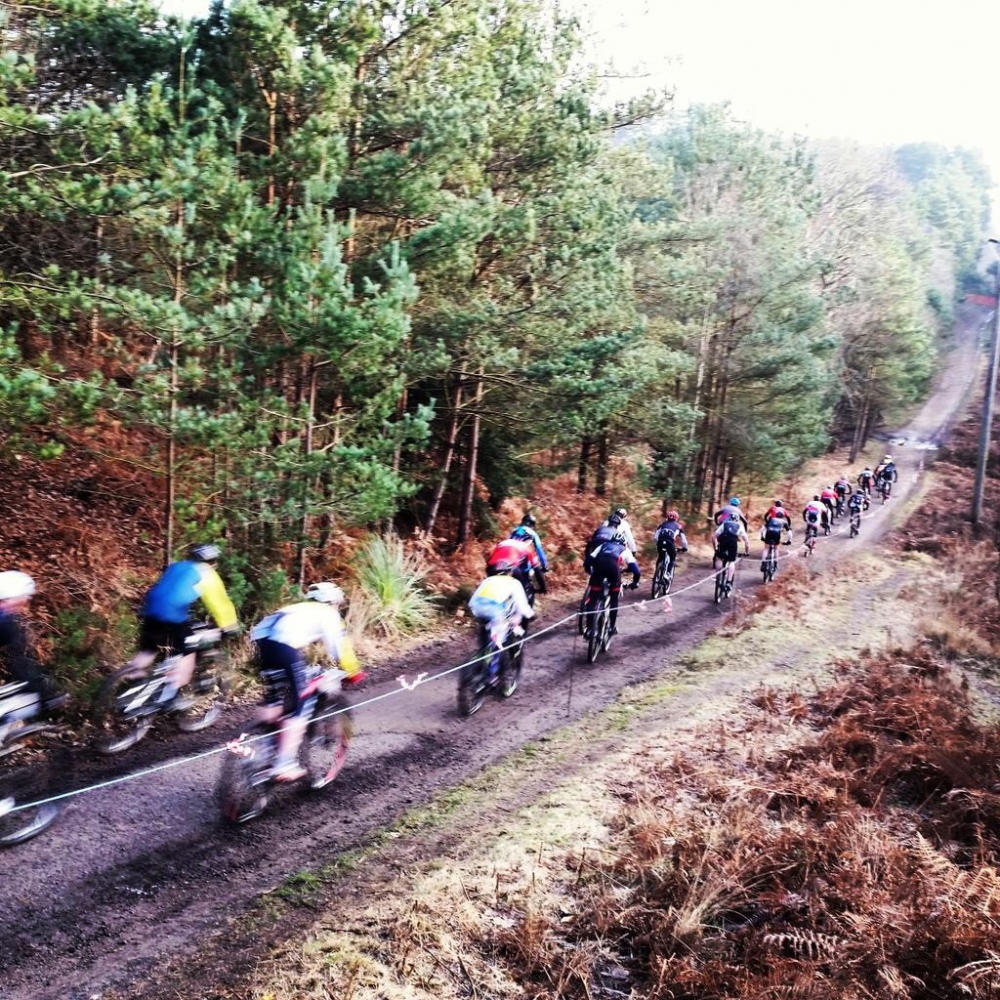 So the positions stayed as they were, with Phil Pearce taking a very impressive win with Ben in second and me in third. I was very pleased with the position, but disappointed with the gap to Phil. Bit of recovery now to make sure I’m fully over this cursed bug then some quality training, see if we can do a bit better in round 3. Next up is Thetford Winter Series Round 4 in a couple of weeks, then it’s the first round of the Southern XC series, then round 3 of the Gorrick, full on!

A massive thanks to the Gorrick team for putting on another super event, a super fun course with some great new sections and as always thanks to all our sponsors, Renvale, Revel Outdoors, Cycling Sports Group, Clif Bar, Fizik and Crank Bros. Happy trails!

Full Results from the Round 2 of Gorrick Saddle Skedaddle Spring Series can be found here – Timelaps.co.uk