After a few months since your last race, the first race of the year can be a nervous affair. It’s certainly a shock to the system and the first chance to see if a hard winter’s training has paid off. There’s very much a first day of term feel, catching up with mates you haven’t seen since last season, swapping notes with everyone, downplaying the training they’ve done..”I’ve barely touched the bike”..yeah right! And comparing new bikes and kit, who has the shiniest new toys. I was particularly apprehensive having been out of action for a while and it being my first ride offroad on my new Cannondale Flash Team Si, indeed my only ride offroad since October was the day before! It was so refreshing to be back offroad and after 4hr of fun I remembered I was racing the next day and should probably head home! 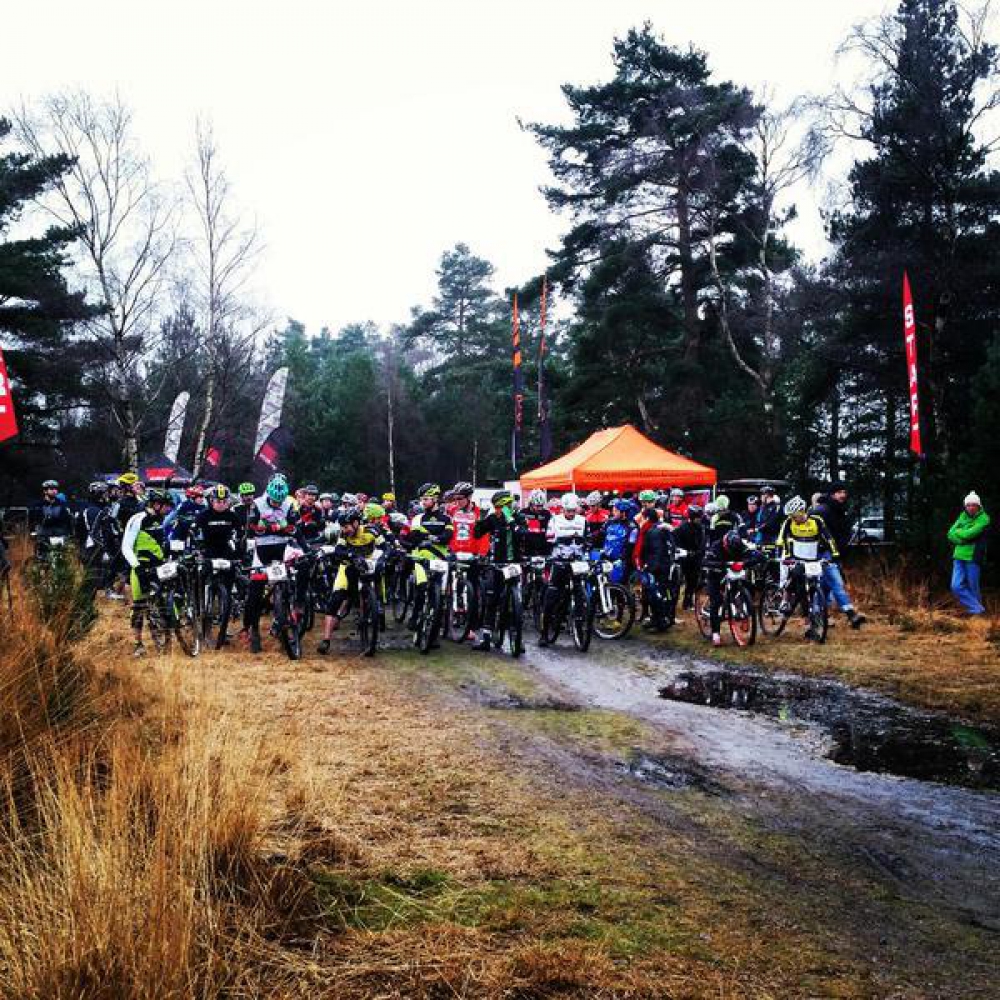 
2015 is a bit of a milestone for both the Gorrick team and me. There’s some debate whether there was a Spring Series in 1994 or not, but my first series was in 1995 as a fresh-faced first year Junior. Twenty years on their events are arguably more popular than ever, superbly organised and the hard work to create fully rideable courses in January is amazing. 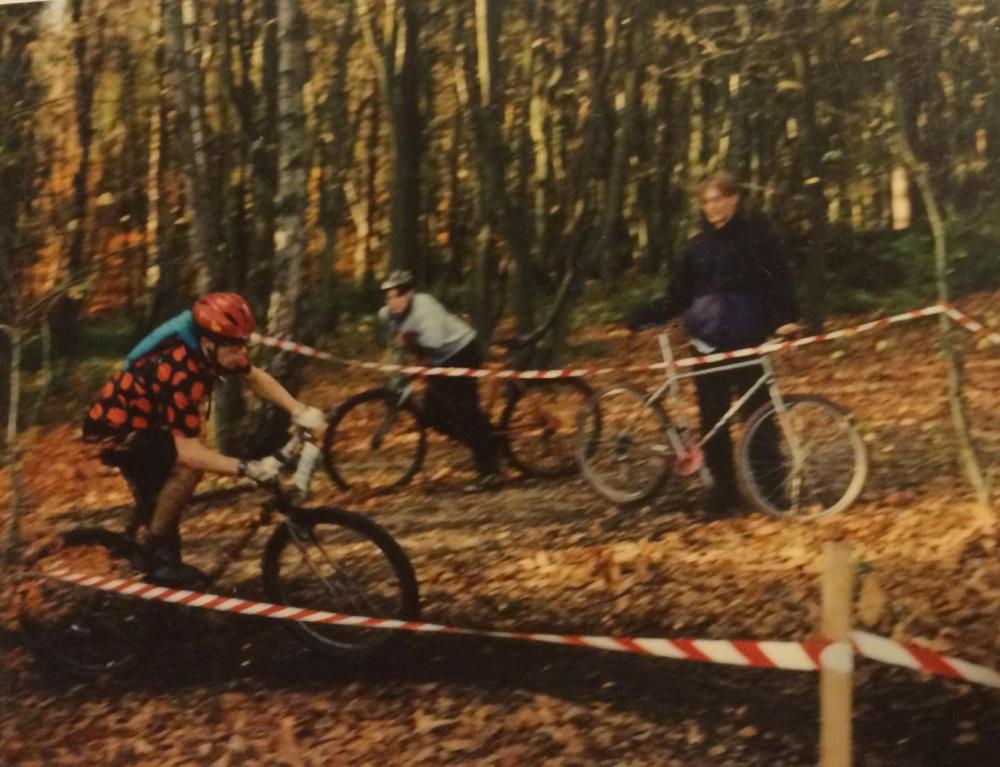 A long, long time ago! First round of the 1995 Spring Series complete with original Camelbak and XT Thumbies![/caption]


The Expert race was in the second batch, so I was off at 0945. This is ideal for me, arrive at 9 for a practice lap, straight to the line, smash it, home in time for lunch - Many wifely brownie points saved! This was a new venue for Gorrick and a quick practice lap revealed some steep little climbs, interspersed with fast flat sections and some sweet sections of singletrack, my favourite being the hairpinned zig-zag back down from the arena mid-way through the lap.

It was certainly chilly as we lined up, jackets were kept on until the last possible moment then flung wildly in all directions. The gun went and we were off, the 2015 season was underway! Normally I really suffer at the start but today I felt good and I settled in 5th place. Phil Pearce set a fast pace with Dan Tulett on his wheel and the Merida duo of Kim Little and Simon Allard just behind. Part way round the first lap Phil and Dan opened a gap on one of the little kicks. Not wanting to lose the wheel I kicked hard up the main climb and kept the pressure on along the flat top section. I got the gap down to around 5 seconds, but couldn’t quite close it. I felt quite comfortable though so concentrated on keeping the leaders in sight whilst riding my own race.

I had a bit of a mid-race lull on the third lap and the gap went up to around a minute. I had a fairly comfortable gap on fourth though so I just tried to ride smoothly and try to nail the technical bits. My lack of mountain biking recently had left me, well, let’s just say rusty, at anything involving a corner or off-camber! Mid way round the 4th lap I got my second wind, my legs were all a blur as I sprinted up climbs and tore through the singletrack, normally sensations reserved for Tuesday morning training rides and that never coincide with race day! I could see the leaders again and decided why not, lets catch them! I went for the stealth approach, Tour de France style…sneak up then dash past! Sadly my cry of “rider!” to alert another rider of my impending overtake also kind of gave the game away. Of course, on seeing me Phil did the gentlemanly thing and sprinted up the hill! I caught up on the climb back to the arena and hit the front, mainly so I could ride the singletrack descent really slowly to get my breath back. I stayed on the front for the next third of the lap until we hit the main climb..a false flat followed by a really steep 50m section then a couple of hundred metres along the top before plunging back down. I smashed it on the steep section, we dropped Phil, but I couldn’t shake off Dan - Well, I suppose he didn’t get that stripey jumper for nothing! We had a safe lead so weren’t pushing too hard. We both knew first into the last singletrack pretty much had the win so we both kicked on the short climb before, elbow to elbow, Dan just got in first..a bit more aggression and some sharper elbows are required!

All in all a great day. The new course was really good, a great mix of testing climbs and fun descents. Despite a fair amount of rain in the morning the circuit stood up well so hopefully it will be used again soon. The body worked better than I could have dared hope, really pleased with second and there’s plenty more to come so I’m super excited and motivated about the season. A big thanks to the hard-working Gorrick team for another great event and to my sponsors for their really generous support this year –Renvale, Revel Outdoors, Cycling Sports Group, Crank Brothers, Fizik, Clif Bar and the lovely people at Saddleback.