As most of you will know, this year we are following Andrew Kennedy as he takes his first steps into the world of Cross-Country Mountain Bike Racing. We pointed Andrew toward a grassroots club run (Gillingham and District Wheelers) XC series, check out how he got on... 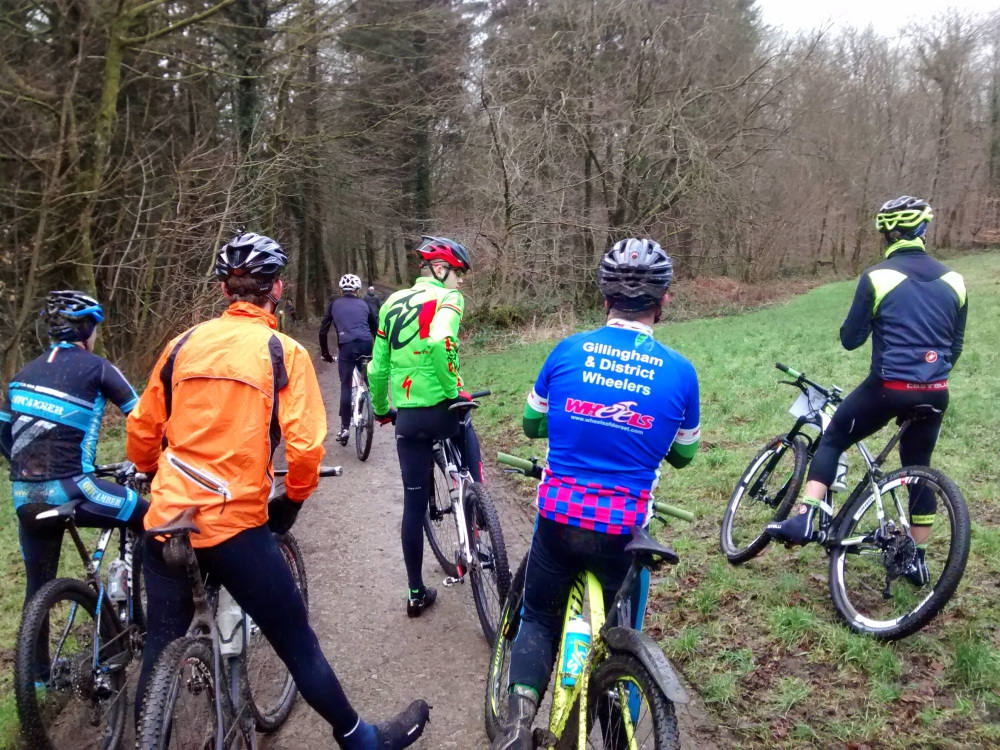 This is the smallest race on my calendar – I only found out about it through the ukxcnews twitter feed. It is put on by Gillingham and district wheelers and starts by Alfred's tower on the Stourhead estate which is handily brown signposted from the A303. I know that the very popular Gorrick events would be a closer experience to my target races this year but I am happy to have a go at courses with less driving time and lower entry fees (£6 in this case).

I knew almost nothing about the race before arrival so hopefully saying a few things here will help encourage a few more to give it a go. There are no facilities at all at Alfred's tower (just a car park) so take your own food and drink for afterwards. Round 1 of the series was a time trial, all other rounds are 1 hour plus 1 lap. The local ground is okay, it's gritty rather than claggy, and the drainage isn't great. The course did have a lot of fireroad though that may be because it was set up for the current conditions as they change the route for each round.

With such a small field I should have liked to sprint with the lead pack and see if I could hold on, this wasn't going to happen in the mud though so I slotted in behind a GDW jersey and tried to get comfortable with the course. I was riding okay, as a bit of a running theme I was too cold at the start, wasn't happy with my X-kings and was still not comfortable with my riding position although it was somewhat improved.

I passed my pace rider early in lap 2 and continued on my own for the rest of the race. I was both relaxed and focussed so it was quite a positive experience for me not to let my performance drop off with no other riders around for reference. I got lapped by the race winner towards the end of my fourth lap which meant that it would be my last, it was no surprise that it was the excellent Kim Little of Merida factory racing. I normally like to look at how far behind I have finished but my Garmin was uncharged and had to be turned off after 2 laps so I don't have a full result. Based only on best laps Kim's was 14:01 and mine was 18:07 which is about 29% slower.

Overall a good challenge with a friendly club atmosphere, the last race of the series is the 22nd February. My own February will involve a minor operation and an unwanted house move...not looking so great for training or fitting a race in!

For more information on the series check out the club website - www.gdw.org.uk