The journey up through mid Wales in the depths of winter has now become an annual pilgrimage for me, and this year’s Dyfi Winter Warm Up was my 4th I think. Held in the Corris Craft Centre, a few miles north of Machynlleth, the format of the race is a bit different to the Dyfi Enduro, being a 3 lap race/event of an approximately 15km course.

When I say “race/event”, officially it has to be an “event” or “challenge” because the powers-that-be don’t allow these events to be proper races. Unofficially, there’s a good few who turn up to race. And why not. It’s a great early season opener.

I’ve seen the Dyfi Winter Warm Up from its early beginnings and this year was a sell-out with over 330 riders at the start line. It’s great to see the efforts of the organisers paying off with bums on saddles. It’s a great course, and a very well organised event. 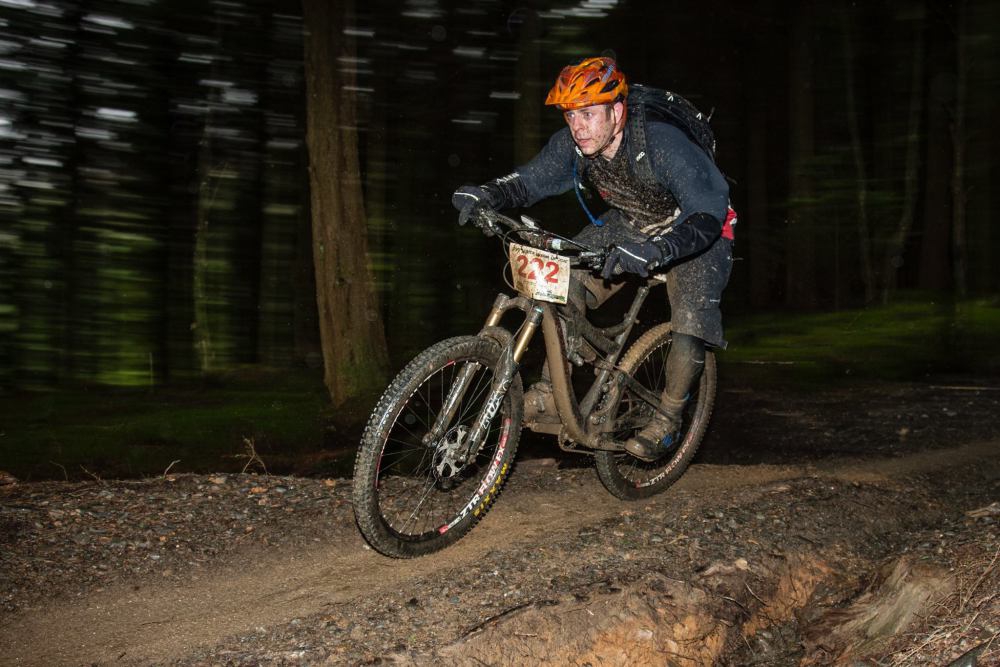 
The course starts with a roll down from the centre to the start of THE Dyfi climb that those who’ve done the Dyfi know and love/hate so much. For those that don’t know it, it’s a long fireroad and gains height pretty quickly and is a bit of a “kill or cure” climb, especially trying to race up it in January, when the legs may not be ticking over as easily, or as sharply as they may do mid-season. I did ok this year, as I’ve put in some decent training over the winter so was the 3rd or 4th up. Still, I was huffing and puffing by the top though like everyone else. The climb is only used once to get us warmed up and to get us to the start of the lapped part of the course. Not that that is the end of the climbing.

The course is mainly made up of 2 climbs and a couple of great descents with some traversing thrown in. The reward for the climbs are some great technical descents of the usual Dyfi quality, some narrow singletrack where keeping to your line is essential while other sections are fast, steep at times, loose shale, with some drops, berms, oh and this time around, abnormally shallow muddy puddles.


This year we were treated to unusually mild conditions. It was still wet, but not as wet or cold as previous years. With an average annual rainfall of nearly 1.9m, I’ll count last weekend as one of the drier Winter Warm Ups, and in the middle of January, you can’t complain about that. Conditions as a result were fantastic!

With the apparent increase in numbers the course seemed busier this year especially on lap 2 and 3, which suits me as I like to say hello and whatnot on my way around. I had a great time and a good race between the lads at the front of the crowd, some good friendly duels on the climbs as well as being shown how to descend by some on the descents. I even managed to bag a 3rd place this year which was nice.

It’s always a pleasure to head up to the Dyfi, whether it’s in winter or summer. Great course, well looked after and always plenty of friendly faces. If you’re after an early warm-up, an event to stretch the legs, or just to get out for a decent ride for a few hours, the Winter Warm Up is certainly one of the calendar.