Have you ever had that kind of day where you wish you press stop and rewind back to the beginning and do it all over again differently? That pretty much sums up the way I feel about today’s stage. It was always going to be a tough one, 47.9km with 1500 meters of climbing is never going to be easy.

I was pretty pleased with how I felt yesterday so I was excited to see how I felt over the longer distance. Staying in group makes it a much nicer experience as I tend not to get so nervous as there’s always some banter or in Verity’s case some singing! It puts me at ease being surrounded by such great friends. I used to feel a little nervous for Adel knowing she’s only just started mountain biking but she’s progressed so much now my worry is that it won’t be long before she’s catching me! Just shows that if you have enough guts and determination you can succeed. 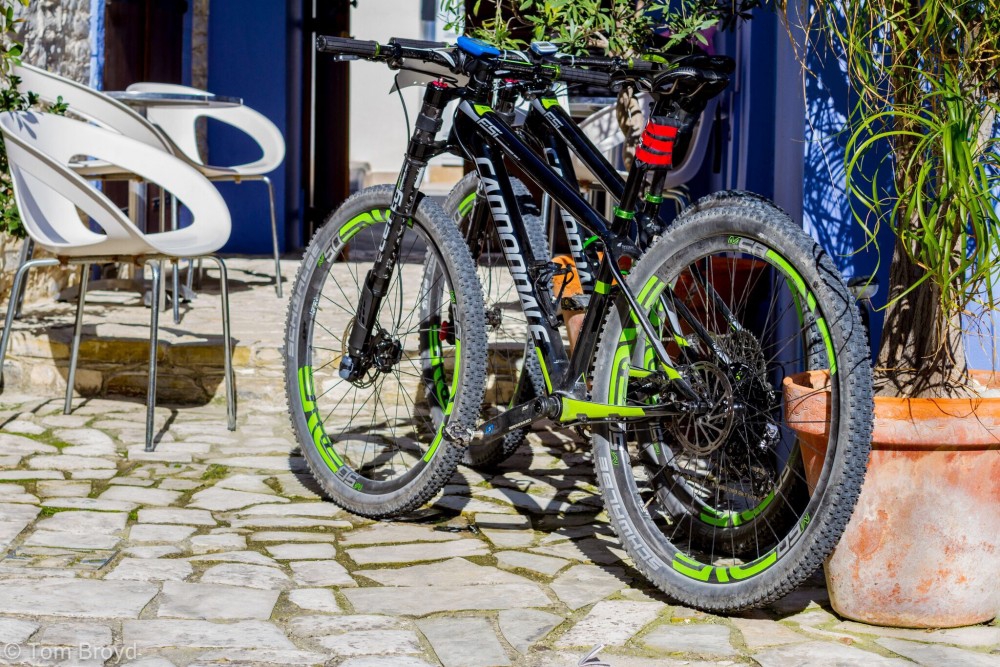 The second stage consisted of mostly fire road/road climbing with one big single-track descent and lots of descending on gravel roads. I’m terrible at gravel corners and I get so cross with myself as everyone else whizzes round them. More practice needed. The start was neutralised for the first 3km, you’d never have guessed though as we set off at quite a pace. I tried to stay in the bunch as long as I could after the neutral car pulled away but the inevitable happened and I settled into a small group.

I tend to over think things in a race; I hear squeaks and rattles on the bike convinced it’s going to fall apart any minute. Usually this is completely in my head and everything is fine. However, on the first climb I was convinced my rear tyre was soft I kept telling myself I was imagining and just get on with it. I was going well in a small little group and managed to put my tyre out of my head and concentrate on keeping up with the fast girls. 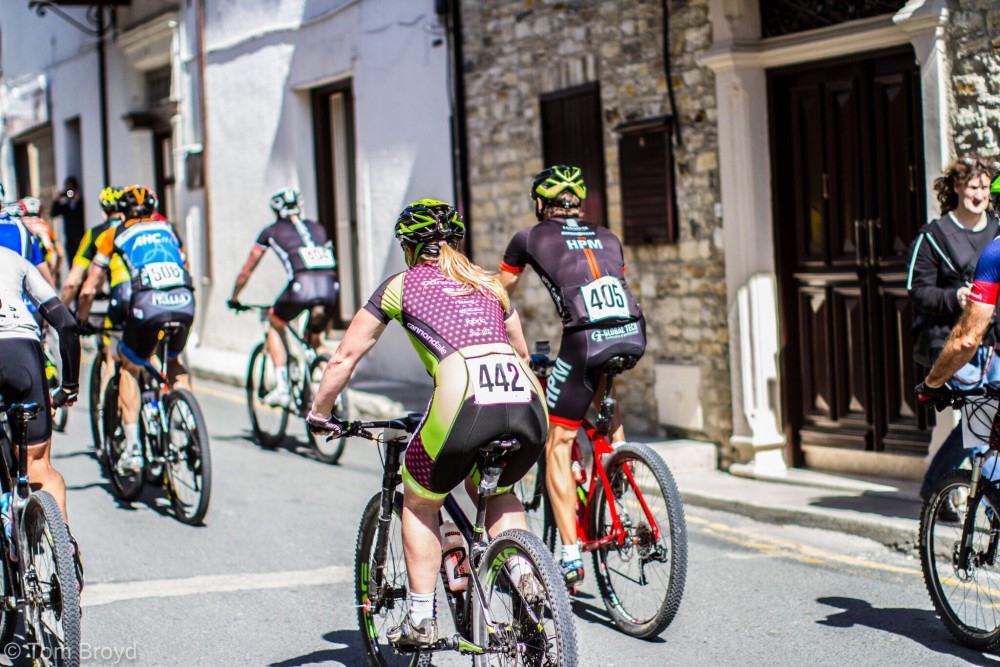 The climb seemed to be never ending, it just went on and on. Finally, we reached the top and into some sweet single-track. I breathed a sigh of relief, this is where I can relax and make up some time. My skills coach has a little saying that Mr Ground never lets you get too cocky. Well, it was his friend Mr Tree that stood in for him today. I came in a little too fast in to a loose corner and bang he got me. It seems ages since I crashed my mountain bike and I’d forgotten what a shock it is. I did the old wiggle fingers and toes and checked there was no bits hanging off me or the bike. I jumped back on furious with myself, in a section where I should be making up time I’d lost a chunk. A few deep breathes and I was off again.

My niggle about my rear tyre was back just as I’d been through the feed zone, typical. Still telling myself I was just being paranoid I carried on. I then heard the sound no xc racer wants to hear that heart stopping hiss of air. Damn I should’ve stopped before. To cut a painfully long and frustrating story short of putting a tube in a wheel that didn’t go well and took far too long. I lost so much time and rolled over the finish line what felt like hours after the others.

So lessons learned today; respect the trail and don’t get too cocky. If you’re unsure of something on the bike get it looked at or change it. Things will always go wrong on a day that you’re feeling good but one day it won’t and those are the days that make us do this crazy sport. Two stages down, two to go!

All Images courtesy of Tom Broyd