I have been training for Battle on the Beach for a good couple of weeks and felt happy going into my first endurance based event.

It was my first race of the season and my first endurance race! I was really excited and a little nervous but knew I had put in the work over the Winter to be ready for what was about to come!

Saturday morning we packed up and left for Wales Martyn came along in the hope of surfing.

We arrived in sunny Wales (another first, sun in Wales!) and pitched the tent I went off to ride the course which was part beach, part double track, part singletrack. The beach part was tough into a headwind and then pushing my bike back up the steep dunes entrance was lung busting. I had never raced on a beach before and the prospect of racing along it tomorrow was tiring!

The double track was great fast and flowing, the singletrack meandered through the tress with a few short sharp ups which had the surface been solid would have been easy, however the loose sand made it hard work, the key to keeping moving was a low sustained cadence you had to keep a good rhythm in your legs to keep the bike edging forward, also keeping your body weight central over the bike worked well for me, my tyres dug in and my bike creeped past those who had decided to walk.

There was one A/B line the A was a sandy shoot which I found quite fun! As long as you stayed central over your bike and kept away from your back brake just easing the front now and then the bike kept traction, most of the time! At the end of the shoot was two longs the first was roll-able the second, not so much, I went for the jumping off and over instead of jumping over as im still working on this on smaller obstacles and felt this was the quickest option!

The hardest part of the course was through the dunes the very soft sand made keeping up speed and traction tough but a fun challenge.

After practise Martyn and I decided to go for dinner at a pub instead of cook as it was getting quite cold. When we arrived back at our tent it seemed a lot colder the night sky was bright with stars and there wasn’t a cloud in sight, we were in for a chilly night! Just how chilly we hadn’t really realised. Waking up at 5am to find frost on the inside of the tent was another first!

The morning brought more blue skies and we were in for a great days racing and fantastic weather too!

After race briefing all the racers huddled on the beach ready for a mass start (another first) I found myself in the middle back of this group of 600 riders all with different shapes and sizes of bike, as the starting gun sounded we all edged forward through the soft sand onto the harder beach where we could finally get riding.

I paced myself on my heart rate trying to stay at my AT (anaerobic threshold) as I knew I could sustain this pace, the beach was longer on the first lap and seemed to go on forever as I worked my way forward from one bunch of cyclists to another, this was hard work especially when you found yourself out on your own, even though the breeze was light it seemed to make it so much harder! I got to a group moving as a good pace and stuck with them.

After we left the beach and got to the singetrack there was a huge bottle neck which meant having to stop for a couple of minutes, this would be a consistent theme of the first lap at every point where there was a big up or a tight bit of singetrack the pace slowed. (I lost around 6 minutes here)

I enjoyed the first lap coming through the start I hopped off and grabbed a new bottle of drink.  On opening it had a slight surprise when the top came off this meant having to stop to fix it! (not helpful!)

After the first lap which was around double the distance of the second and third these short laps where rather ‘easy’ compared to the first one. I crossed the finish line in 2 hours 10 minutes feeling very happy with my performance. I had paced myself and felt like my laps had been consistent.

Things to think about for next time:


I came 7th overall in the woman’s open category with a time of 2 hours 11 minutes.

Thanks to Silverback Bikes, Bike Fixers, Grip Grab and Dog Tag for your support.


Pedal2Pedal Battle on the Beach Report

We headed down to Pembrey early on Saturday morning to get pitched up, sign on, practice and have a play on the beach. We were greeted with an absolutely stunning venue! Miles of hard sand beach, woods, singletrack, blue skies, sun-trap campsite – perfect! 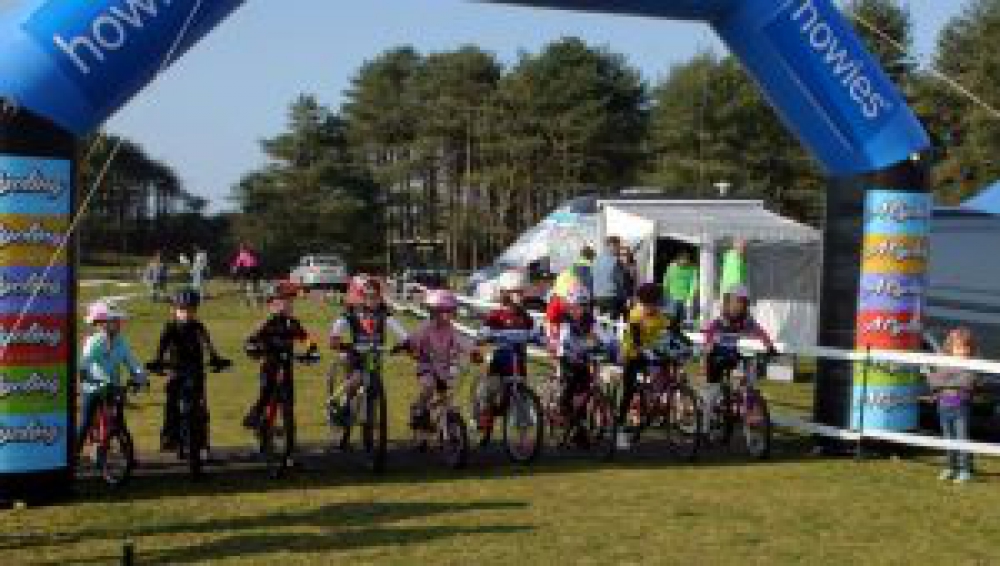 Pedal 2 Pedal Academy rider Fred got on the kids xc course for some practice with little sister Edith. There was some flowy singletrack, some short sandy climbs and abandoned military tunnels. Nice, varied and no mud, so a swap to some quicker tyres was in order.

Whilst Hannah and Karen then got a practice lap in on the adult course, we had a play on the beach and sampled some roller racing. 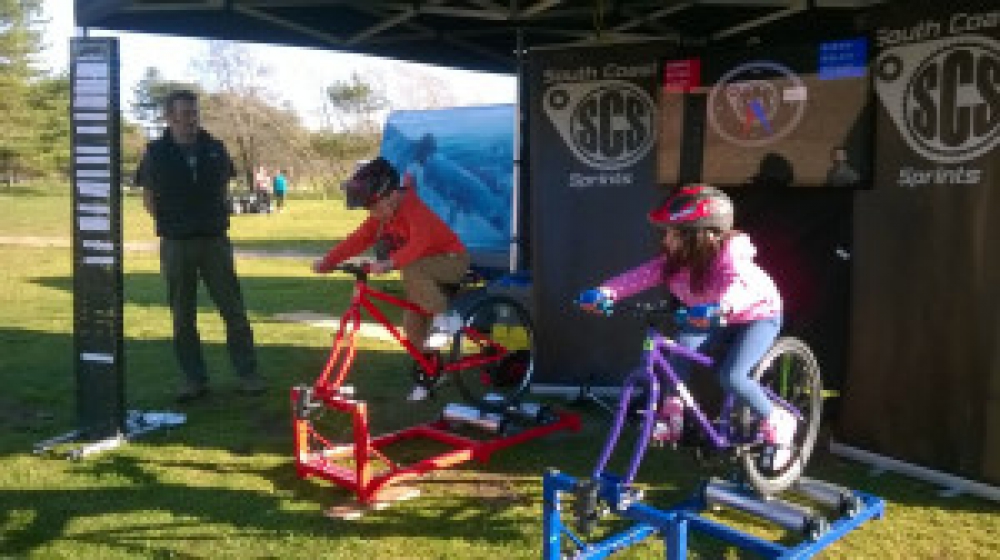 Roller racing seemed very addictive with a Top Gear style leader board. After a couple of goes at the 125m sprint, both Fred and Edith seemed happy with their (very fast) times.

Saturday night was a little chilly in the campsite with a hard frost on Sunday morning and frozen bottles. 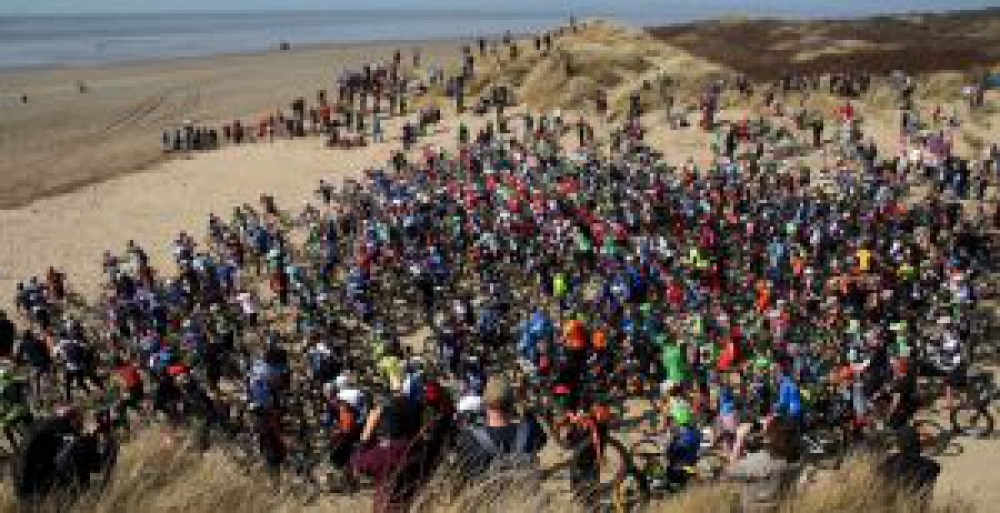 Luckily it was another clear blue sky day so soon warmed up. Conditions looked perfect for race day. Fred was first up at 9am in the under 8’s. Fred got a good start passing a few riders and making to 3rd place by the 2nd bend and the start of the singletrack. Over the course of the 20 minute race Fred rode well, avoided the crashes and extended his lead over 4th to finish comfortably in 3rd place and his first podium of the year. 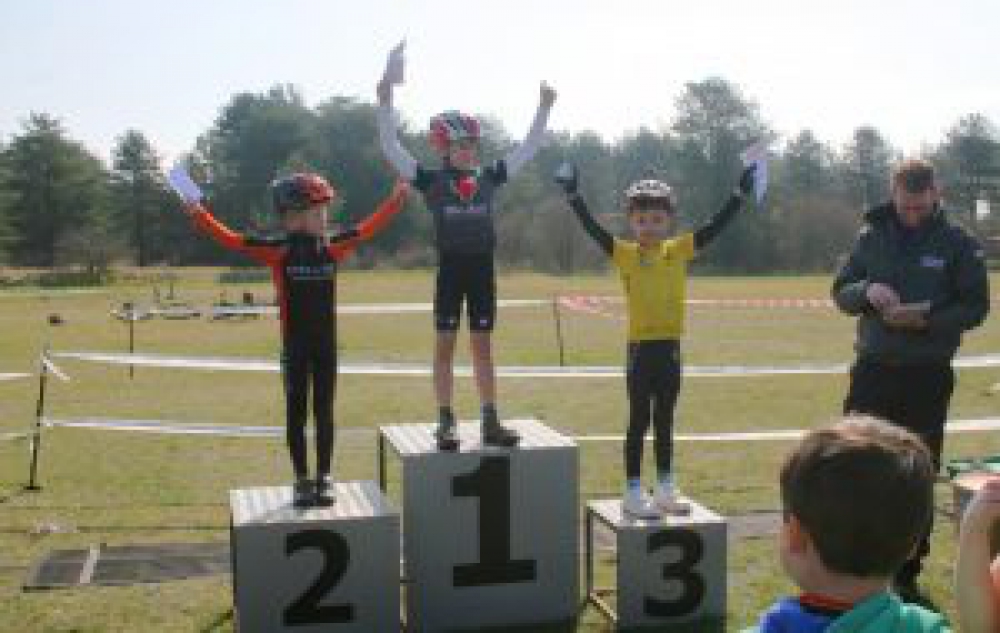 Ice-creams all round to celebrate! We then cheered Karen and Hannah on in the adults race. Both rode well and with a top-class field finished strongly with a 3rd place in veterans for Karen and 7th place in open for Hannah.

Well done all and a great weekend!