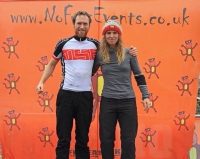 Fort William holds some good memories for me starting in 2013 getting a surprising podium at relentless 24 followed the year after with an age cat win at the world champs. This year really topped it all off though winning the UK 24 hour solo championships.

It's been a really long racing year starting off with the South Downs winter double in February meaning I was trying to stay 'on it' for 8 months straight which for someone who does enjoy the down time has been mentally tough. I had purposely packed in a load of races though to keep me on the straight and narrow as the fear of dragging an extra 5kg of body weight around an endurance course helps resist the work biscuit tin temptations.

At the start of the year I pinned the UK Champs as one of two top priority races (the other being the euro champs at Davis) but in the weeks before if I was honest I was very ready for the end of the season and some down time. Then in a crazy turn of madness we bought and house and moved in all in the space of three weeks. The weekend before the race I was painting a whole house and doing the house move all whilst trying to get prepped for the race, oh and just to add more logistical faff the day after the race we were driving straight down to Heathrow to go on holiday for 2 weeks! At this point I probably became a bit more nonchalant and just thought sod it I'll just go up with no expectations and enjoy the weekend of a track I love. A quick mid week chat with coach Jon about fitting in training sessions around all the house move carnage sorted my head out a bit, painting counts as core stability and lifting boxes is just squats right?! To top it off I also had a job interview and got the job the week before. Anyway suffice to say my head was pretty full and I wasn't sleeping at all.

Having Roll for the Soul getting both bikes ready was a massive help as was knowing that I would have an ace pit crew with coach Jon supporting Sarah and my buddy Rich coming up from Newcastle with his fat bike in tow and a bin bag to sleep in for his highland adventure to follow (he's probably still out there somewhere). 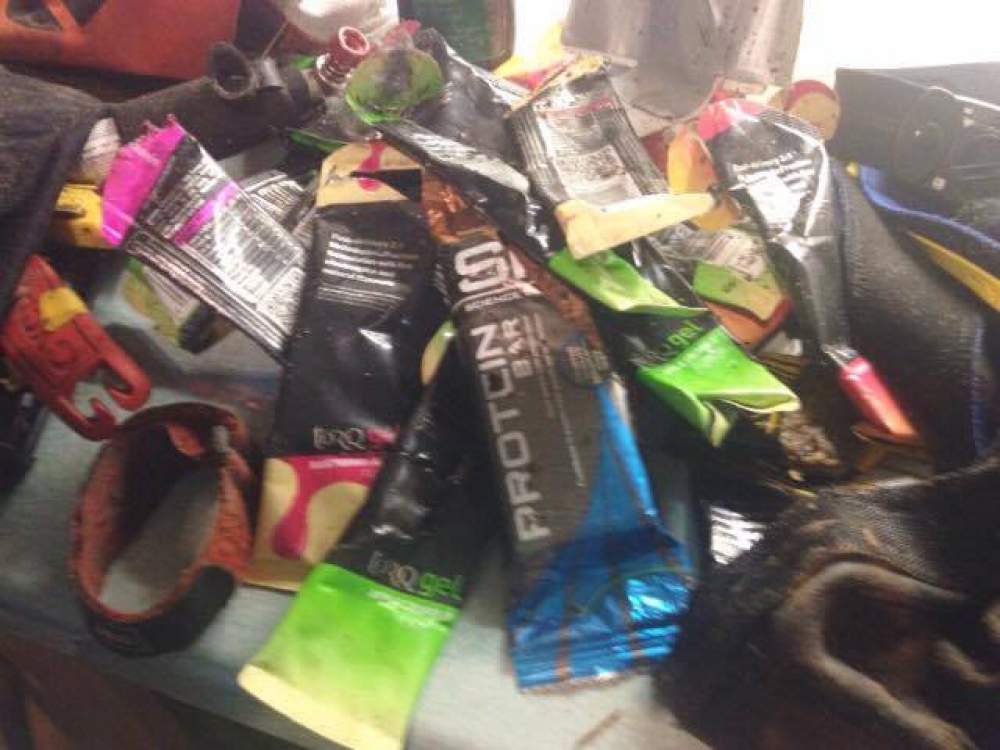 This was going to be quite a race. I always try and be realistic about pre
race expectations. I'm not a fan of the all or nothing mentality so going in with a mindset just to enjoy it and ride as hard as I possibly can is always my aim. If you get a result then that's a bonus but the biggest battle is often with yourself as the mental side of things is huge to pedal round non stop for a day. Anyway "quite a race" was obvious by looking at the team sheet and I expected that the top three riders would be (as ever) the massively experienced Jason Miles, Rich Rothwell and my tip for the win Steve Day (even on a singlespeed). I then expected a battle royale for 4th between a big group including current uk champ Peter Nadin, Michael McClutchen, Keith Forsyth and Gareth Hayes to name just a few contenders! Oh and myself in that group. Getting to the start of a 24 hour race is hard in itself with Rich and Gareth dropping out. Still it is very rare to see such a stacked field of the best 24 hour riders together so this was going to be a good chance to measure progress against the best riders.

This year apart from the usual upping training dedication I've worked with Jon on focus on race mode and not just slipping into survival mode when your head tells you to preserve energy as there's a long way to go. This meant from the start I was fully concentrated on riding my own pace but making sure I was in full race mode. What a lot of people don't realise as certainly I didn't is that to be at the sharp end of a 24 you are properly racing throughout which means as many on the move pit stops as possible and pushing the rev limiter the entire time. Of course the limiter isn't as rev'd as for a short xc race but it's all relative.

The race itself started off partly as I expected with Steve heading up the road leaving a big group of us riding together. Jason was with us but seemed to be going a bit back and forward wondering whether or not to chase down Steve. I normally really enjoy a quick chat with fellow riders but I found myself quite uncomfortable surrounded by lots of similar paced riders as I just wanted to settle in to my rhythm and not worry about who was up the road, how fast they were and should we chase them down. Apparently at one point a few hours in all the favourites were within minutes of each other!

Eventually we strung out a bit. It's all a bit of a blur but I remember finding myself with a bit of a gap on a short fire road transition before the next downhill and gave it some extra beans to see if I could make a gap. Not long after whilst enjoying the super fun rocky and fast descents I decided to go for a line choice change in to a rock garden. Problem was the timing was a bit off and I ended up taking all the lines at once via my ribs, face, back and head. Sat in a muddy puddle slightly dazed I pretty much thought that would be that then as not sure I've had such a big crash through rocks before in a race. By some miracle apart from feeling very bruised I was still in one piece. You need a lot of luck in a 24 and I used a life up on that one. After faffing with getting bars, brakes and shifters all back in some sort of rideable position I trudged on. I wasn't willing to back off on the descents though as I knew riders around me were all very capable of descending at speed so the potential for losing 'free' time was high.

At this point I thought I was probably around 2nd or 3rd knowing Steve was up the road and looking strong. It was nice then to have my own space to just crack on and ride my own race. As ever I didn't want any info about who was doing what from my pit crew and I eventually passed Steve who was having a mare with various mechanicals and eventually pulled out with a running injury after a second puncture. Another rider had said Jason had dropped out as well (dog crap on his tyre at the start line wasn't a good omen). Blimey I was feeling totally comfortable tapping out the laps and a big ride could be on the cards here. By this time it was well in to the darkness that seemed to go on forever but I always love racing at night as everything is so much more interesting and challenging. The marshalls out on course we as ever super friendly and despite it raining on and off I kept comfortable on the bike with minimal kit changes and only one top up of chamois cream. The usually bewildered spectators of my standard chamois top up using a syringe would have had an even bigger laugh when after my pit crew couldn't find a syringe they loaded up a cake piping bag instead! Such are the glamours of 24 hour racing. 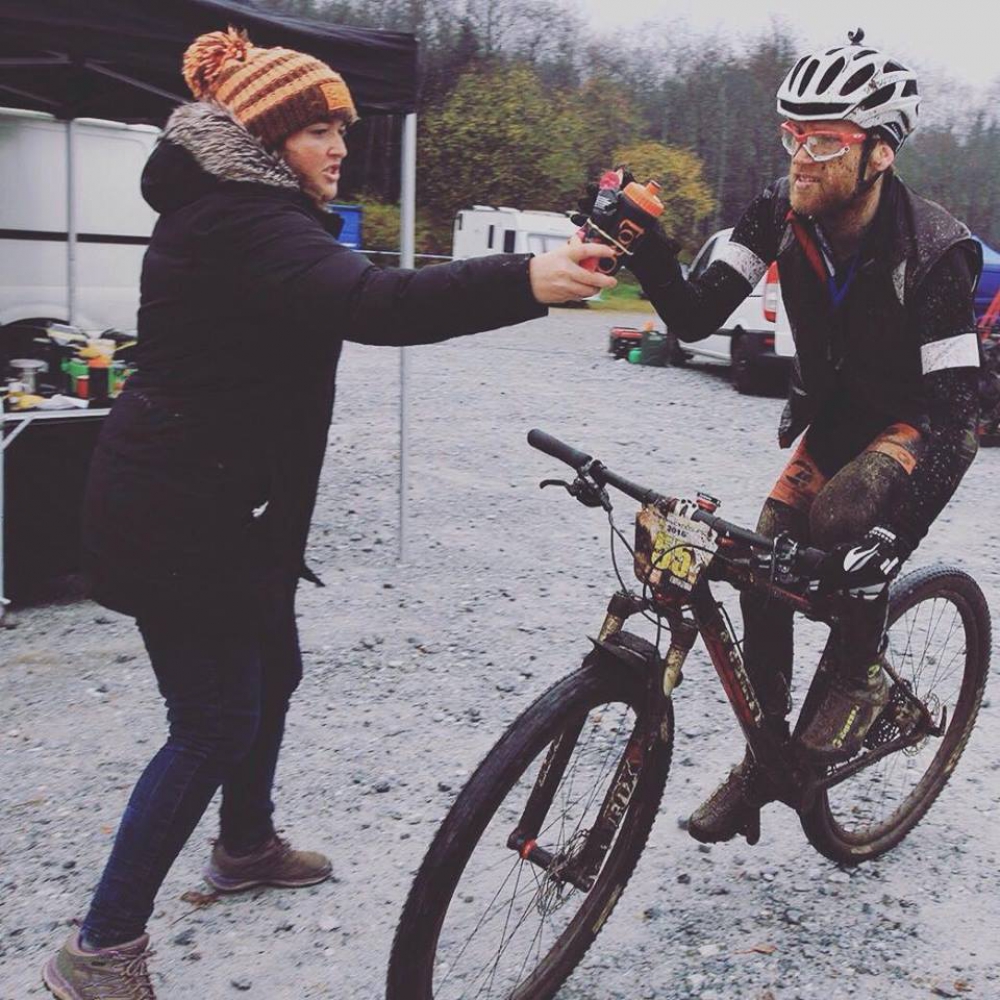 Fortunately it didn't get that cold just wet but the pace being high throughout meant that my body temperature was ok despite it getting pretty wet and muddy At points.

The sun eventually mercifully came up and i started to try and count down the laps. As I didn't really know where all the pre race favourites we're at I was sort of feeling like a hunted animal with potentially six riders chasing me down. It turned out that it was then a two horse race between myself and Michael. I'd always back myself to make up time on descents later on in a race but I knew Michael was very good on the Downs which meant 100% concentration on striking the delicate balance between max effort and avoiding going to hard and getting cramp or worse blowing up.

I was still taking the time to say hello to every rider I went past and roars of encouragement from the likes of top man Richie Scott and Budge of Team JMC filled me with adrenaline which is some potent drug at that stage in a race!

Deep down I knew I had gas in the tank and some timely shouts of encouragement from my pits and a few porkies about how close Michael was kept me gunning. Conditions were getting more and more challenging as the drizzle and morning dew combined to keep you on your toes.

Just bring it home, never that simple. Riding the same line on a decent as the 26 times before I cut my rear tyre on what would be the second to last lap. I always say you learn lots on every one of these things and the lesson here was if it's a big cut don't faff on trying to seal it and check your tubeless repair worms are pre loaded on the stick as winter big winter gloves and swollen hands by this pint it was like trying to pick a needle from a haystack using oven gloves.

I shoved a tube in and thankfully had a second gas can to hand. I lost a load of time with the initial start stop will it/won't it seal before getting back on hit at a lick as I was convinced Michael was just round the corner. Fortunately contrary to the info from my pit crew I had put in a couple of really solid fast laps beforehand and opened the gap to 20 minutes. Still I pushed hard all the way as anything can happen at that stage in the race.

Bringing it home to be greeted by all my besties, family and fellow riders was such an amazing feeling and it's still not really sunk in. 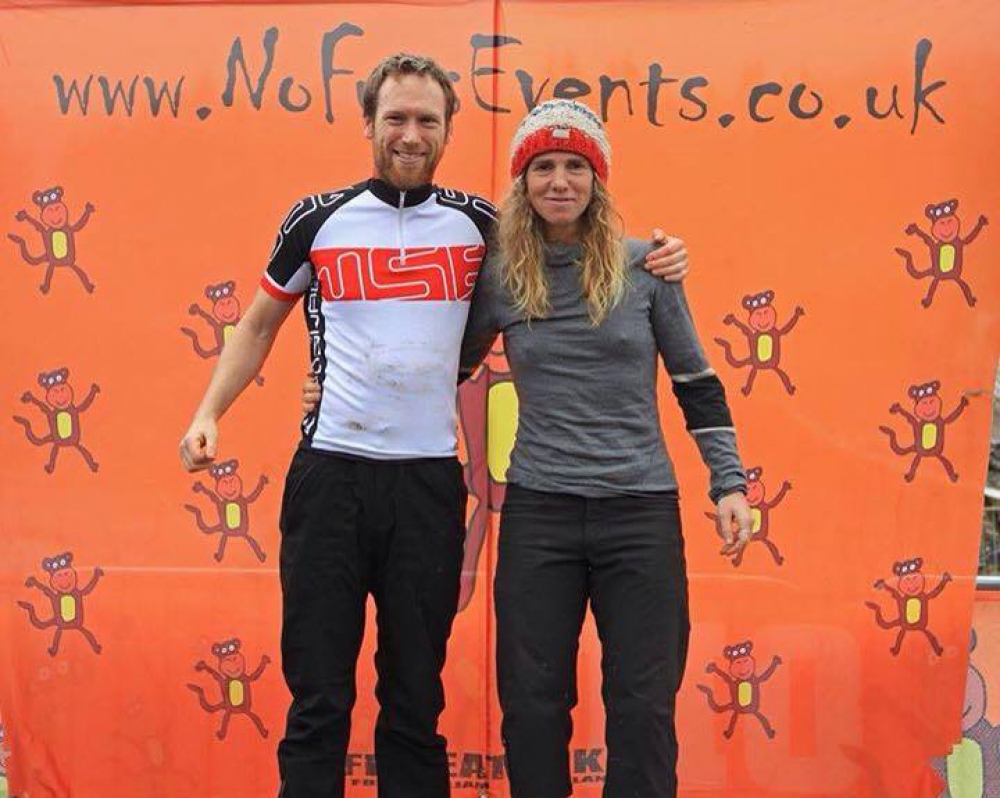 I've worked pretty hard this year and particularly since the summer once the wedding season was out of the way. This meant reigning back the mixed grill and beer consumption and losing 4kg of blubber which made a massive difference on the steep climbs that I winched up without pushing up on every lap.

I'm totally chuffed to bring home the title with such a great field of riders most of whom I can call my mates such is the community around 24 hour racing.

In the last 3 weeks I've got the house of my dreams, a promotion at work and now the UK title. I am literally going to dine out on that lot for a while. 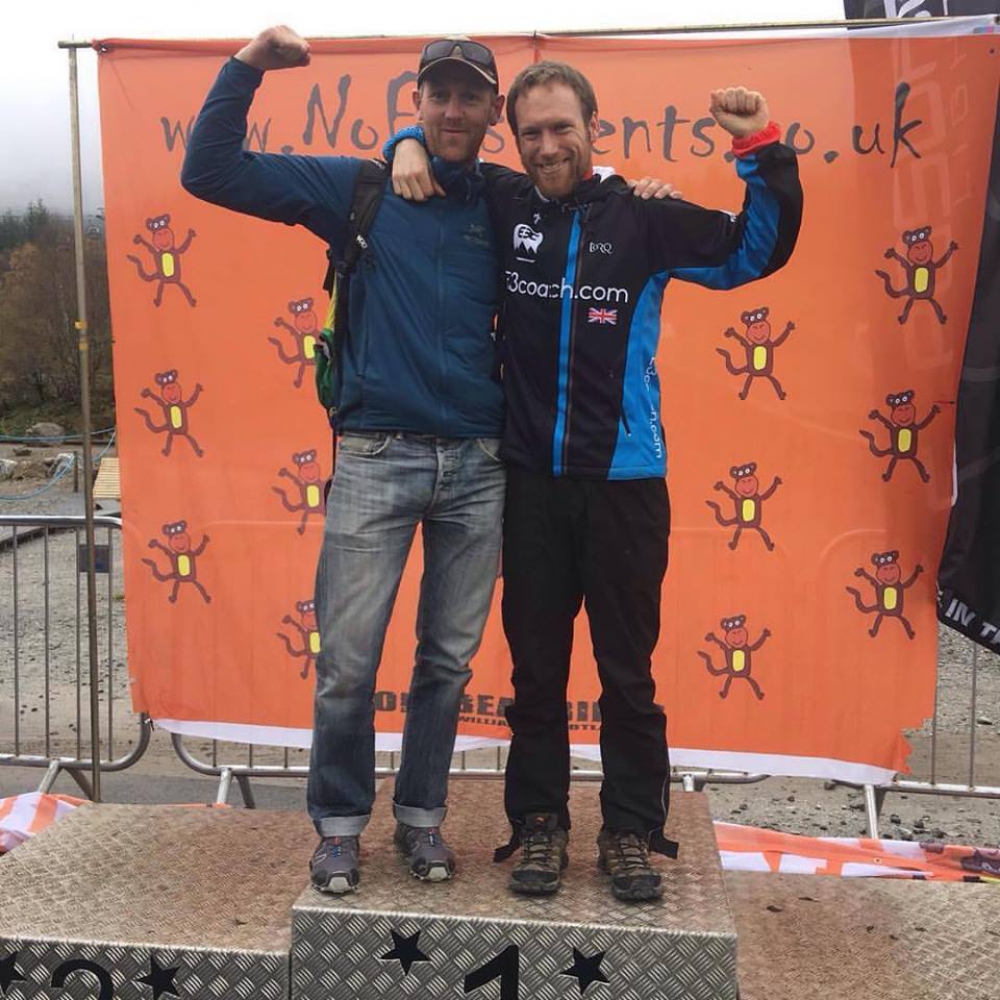 I can't thank everyone enough from friends and family who were supporting to sponsors who get me to the start line.