The team behind the Manx100 have put together the toughest mile for mile mountain bike event in the UK. The stats only begin to give you a sense of the scale of the challenge laid down by the local organisers. 102 miles  (yes an extra couple as they didn't want the risk of people being disappointed by garmin's reading less that 100!) and over 15,000ft of climbing. This still doesn't tell the full story though with the severity of the terrain hidden behind those numbers. For recent completers of 100mile 'gravel' events thinking this can't be too much harder, you sirs would be in for a shock.

The course makes you work and fight for every inch of the 102miles with super technical rocky climbs and descents in equal measure making even the top riders struggle for traction and soil themselves depending on which direction up or down the hills they were tackling.

In its 5th year this event has grown from a dozen brave pioneer riders in 2012 to over 100 this year. Like all the best events this one was born out of the bottom of a pint glass with Nigel, Dave and others wanting to create the toughest endurance event in the UK and an Isle of Man alternative to the popular end to end which the more technical minded riders on the island label a 'roadie event' such is the contrast in the technicality.

The 100km option is available for those wanting a big day out but finishing before the sun goes down still have a big day on their hands. The passion that goes in to this event from the locals really comes through when you chat to the organisers. At sign up through to send off, they are always on hand to answer any question, describe in mega detail route features that you have no chance of remembering again and of course offer words of encouragement/ remind you to SHUT THE GATES! 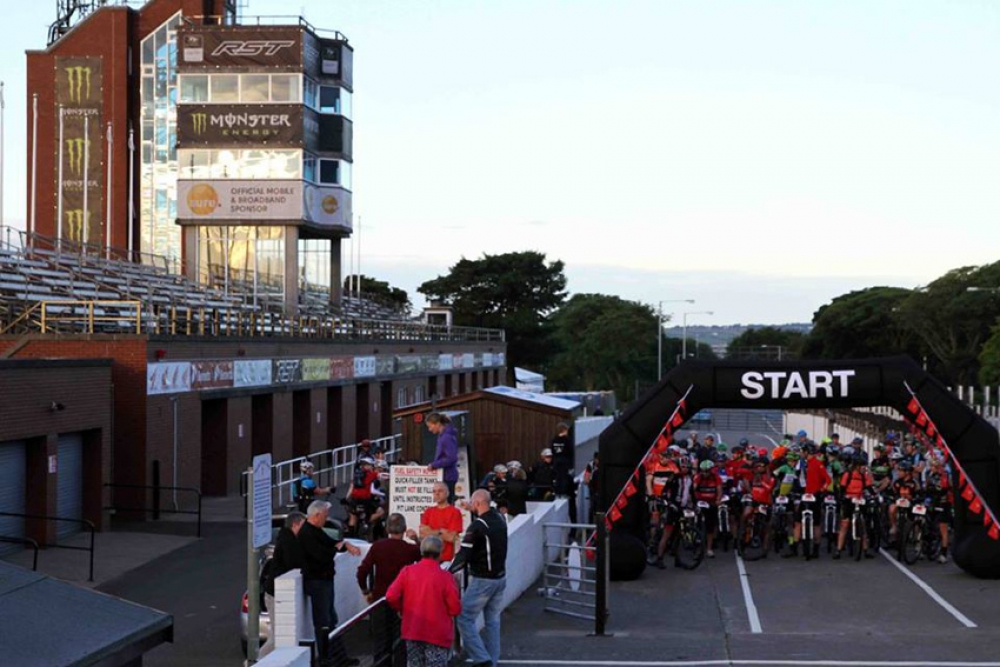 The event starts from the iconic TT pit lane with a police lead out along to the first off road climb. Between there and the finish I could go in to massive detail about one epic feature after another but you need to come and check this out for yourself. This course has absolutely everything, open moorland double track and steep terrifying rutted descents, fast seat of your pants rocky descents and some barely rideable boulder strewn gulley tracks that plunge you back towards sea level before the inevitable  ascent to back from whence you came. Clinging on for dear life on the long descents, riders even had to pull over to give their hands a rest! Flowing man made wooded trail sections with some jumps and drops mixed things up even more and spectacular views tempted even the front runners to stop and take a snap. It's not often I would welcome a road section on a race but the linking sections on the Manx were welcome indeed to give the hands and body a bit of recovery time and a chance to scoff some much needed scran to keep tired the legs turning. Bag drops out on course give riders a chance to refuel every 25-30 miles or so.

The weather was a absolutely booming with potentially game changing winds keeping to mere breezes even on the exposed moorlands which will have come as a relief to for those having done last year's event in biblical conditions.

My first event back after taking a bit of a rest after the European Solo 24 hour championships meant that I wasn't expecting to be on top form. I had a decent ride though despite forgetting to put gels in my first bag drop which gave me a bit of an energy low before a Marshall sorted me out by cracking open a four deep tin of flapjacks that I tucked in to (thanks whoever you were!!). I was up in the top 4 moving around places a bit but couldn't maintain the overall position I was gaining from making up time on the other riders most of the race with some fairly sketchy descents manoeuvres getting me out in front at one point early on. After trudging along trying to not bonk from lack of food I eventually perked up by stuffing food down but I was too far back from 3rd with not enough miles left to claw it back. I was really pleased to come home in fourth unscathed and feeling fresh at the end despite some seriously ropey high speed moments involving hidden ditches and rocks. I'd had a bit of a Rickie Hatton style eating and drinking binge gaining about 5kg's in the following weeks from the 24 hour champs which made hauling my ass up the climbs a bit more of a drag than normal. These were climbs that you couldn't hide from either up to half an hour more or less straight up! I focused on enjoying the ride and taking in the views which were awesome and overall  it was a good kick start towards the UK24hr champs at Relentless later in the year.

Afterwards everyone had a story to tell. The organisers keen to hear about every twist and turn of your journey with of course a free beer in hand. This is an event that nobody will get through without some sort of drama. One such drama involved my buddy Phil who had a snapped a chain twice then had an over the bars resulting in a mangled finger that forced him to pull out at the 100k mark after having a stormer to fight back in to 2nd. Fortunately the hospital was on route back to the finish so after a quick stop over to get patched up he headed back to the fine buffet selection of cake and beer laid on by the organisers in the pit lane press suite. This was just one of many similar stories of broken bikes, bodies and minds. Many riders didn't make the cut off times with the last finishers coming home in fading light hours after the winners time of 10 hours 12 minutes by Tony Kiss.

Are you tough enough to take on the 100 mile or 100km epic? If the answer is yes getting there is easy and doesn't have to be expensive, a foot passenger return fair i.e. ditch the car at the ferry port is only £40 and if you fill a car with people and bikes it works out about the same. There are loads of accommodation options on the Isle used to hosting hoards of people clad in leathers for the TT.

This is a bucket list event. Get it on yours. 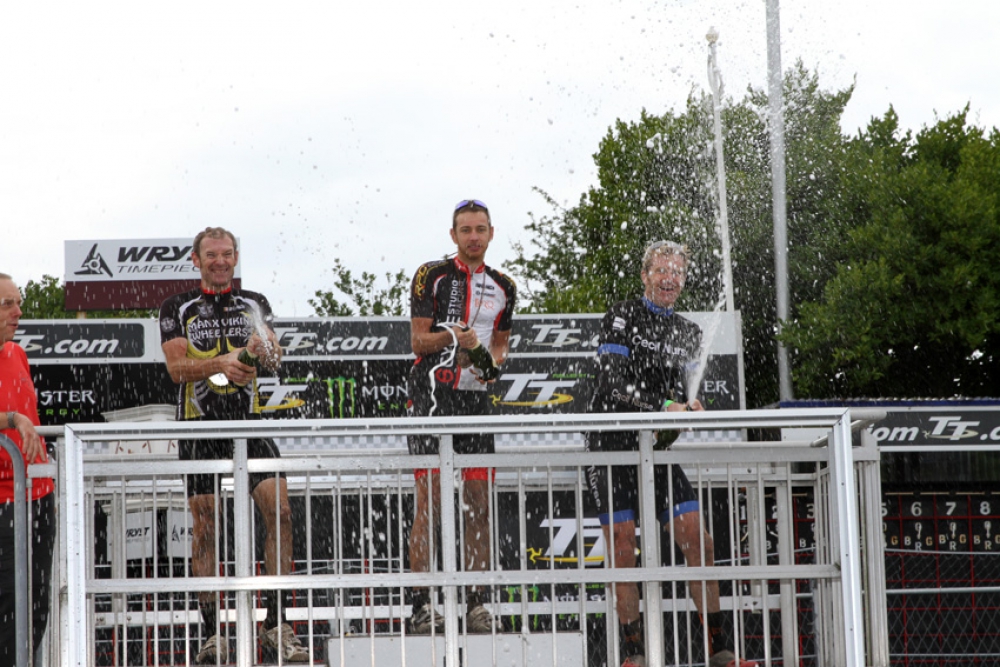