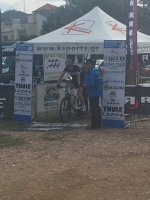 A return to the racing world

So having been off the mtb for a good few months following a shoulder injury I sustained last August at the final World Cup in Val di Sole I decided it was time to get myself back to it. I chose the Hellas – Salamina Island Stage S1 Stage race which consists of a time trial the first day covering some 550m of elevation in 8.7km, the second see’s a 7 lap xco race and the third and final day a 35km point to point with plenty of climbing. The race has produced a strong field of rider’s keen for some early season points (and sun no doubt!)

I arrived on Wednesday evening and got out on Thursday for a recce of the tt course and part of the p2p on my way back down to the xco course, the first thing that struck me is just how rocky the islands trails are and secondly just how rusty I’ve become with the lack of saddle time!

Today was stage 1 and with it being 6 months since I last completed a race I’d not put any pressure on myself to perform and sat calmly on the line. The first ten minutes were all uphill very step and rocky in certain sections, I was happy with my pace and and continued to push on over the top where it turned into rolling fire road. I caught my 2 minute man around 17 minutes in and this gave me 2nd wind, unfortunately I took a fall at the bottom of a steep climb in the 2nd half and lost some time having to run up the following climb and remount. I finished with some in the tank with the next 2 days in mind I hope to improve on my position tomorrow in the more familiar territory of an Xc race. 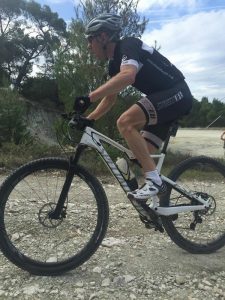 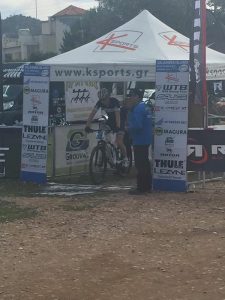