The Manx Mountain Bike Club’s annual Two Peaks XC race took place on Sunday 29 May in brilliant sunshine. This event has been run on the Isle of Man for almost 30 years with just a few hiccups for bad weather and Foot and Mouth.

The old school type of course which is based around two main tracks. Up the St Lukes track which skirts along the East of the Carragan peak and the Cronk Breck track which descends down the shoulder of the Slieau Ruy peak then leads to the rocky descents of the Nab and the Rhyne. Then through the West Baldwin village and up the torturous climb to the finish which is back at St,Lukes Chapel. Two laps for all classes except Novice, who do one. From the start it was UK XC regulars Nick Corlett and Dan Curtis who led away, with Simon Skillicorn in third. A train of Mark Blair, Lee Gale, Glynn Thomas, Liam Mazzone and Paul Buchanan set their sights on catching the leaders. 24 hour marathon rider Gary Kirby was hanging a few hundred yards back from them,still carrying an injury from Fort William.

The one lap Novice race finished with Ralph Jackson first ,trials rider John Norrey second , from Jeff Shipsides third and Chris Mitchels in forth, who humbles everyone in the race by riding with just the use of his right arm. Respect.

The sports riders started their second lap with Shaun Cannan, Martin Young and Bob Kinvig all in with a shout but Cannan put the hammer down and pulled away from the sports field only to lose the front wheel on the tricky fast descent of Cronk Breck. Being in the emergency services comes in handy and he realised there were no broken bones so continued and finished to win Sport, suffering with cramp on the last climb.

Expert winner Darren Murphy continuing after his puncture to keep Scott Morgan in second from Mark Hutchinson and an unlucky Jamie Dudley who had an argument with a drainage hump and had some pretty nasty cuts but still managed to finish. Emma Atkinson won the ladies class in Sport with a fantastic strong ride.

The Elite was eventually won by Nick Corlett at 1.45.37 a full two minutes ahead of Dan Curtis, Simon Skillicorn third in 1.55.50. On the climb back up to the finish Liam Mazzone made a fantastic effort to catch Mark Blair but just didn’t have enough left in the tank for a sprint finish. Isle of Man footballer of the year Lee Gale came in next only 10 seconds behind. We will have to look back in the records to see if Corlett’s time is a record for that course which is has been made slightly longer as a chicane had to be added a few years back for safety reasons. 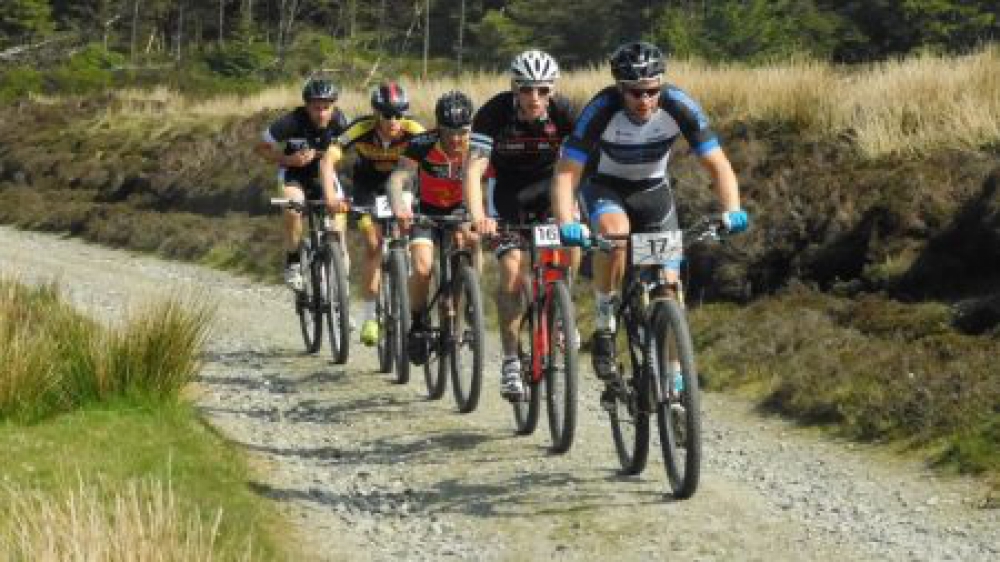 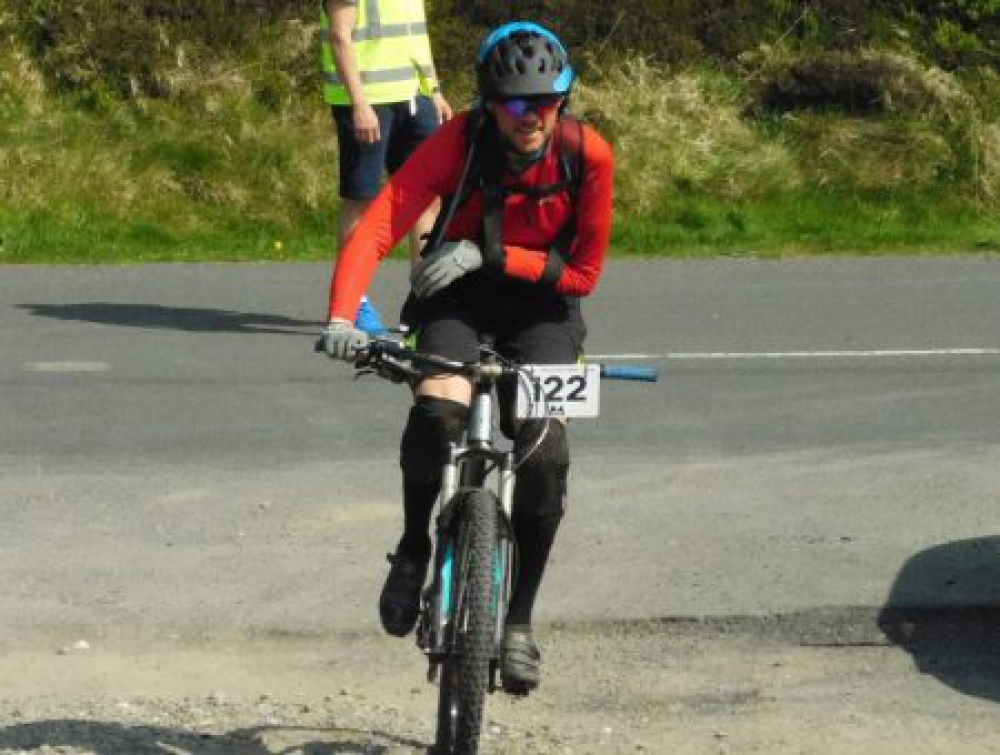