Hit the North 6 (possibly the 9th running though?) has come in various guises over the years from starting out as an all-day affair before more recently becoming a two hour long job. Mountain bikes and cyclocross bikes are all welcome on the course that lies just outside of Manchester. Many entrants would have been questioning what would be optimal for the surprisingly varied terrain packed in to a short but fun course. Despite a couple of date shifts this year’s event at Philips Park brought in a record number of entrants of over 200 though understandably a few of those had stayed in bed when they looked out the window that morning. 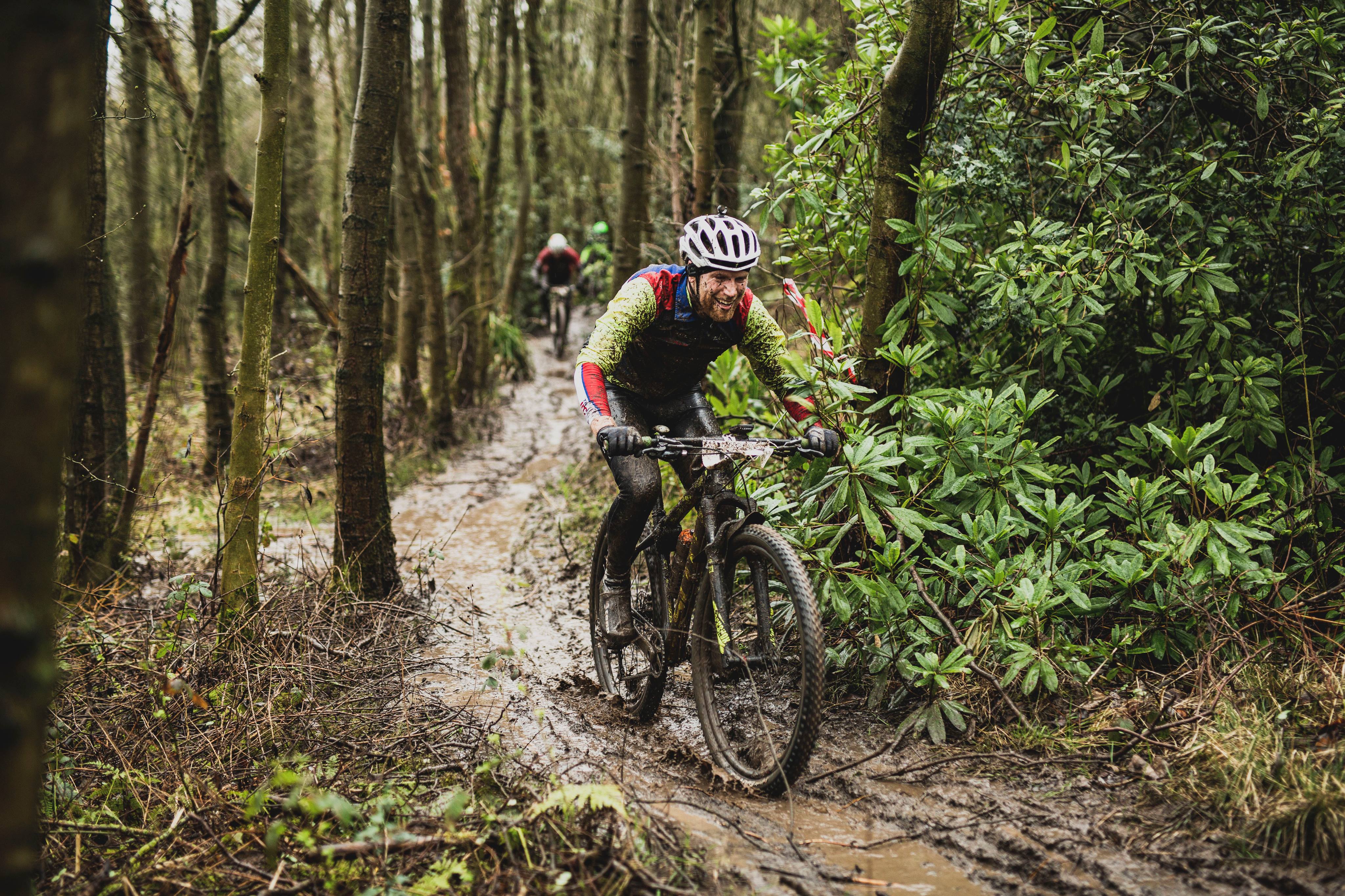 If you’ve been out on a bike recently you’ll have noticed a bit of adverse weather out there on the trails. It’s unclear if it could have been any wetter in both the lead up to and during the event itself. Personally I haven’t raced it conditions like that since the infamous 2017 Pivot 24/12 monsoon. This is still winter after all though so this didn’t deter too many of the entrants from showing up eager to get stuck in. Many riders were on the back of winter cx seasons so plenty of whippets amongst the have a go heroes. On cue it actually stopped raining for a bit at the start line, enough time for organiser Jason Miles to curse it by announcing the fact which inevitably meant a downpour after 20 minutes that lasted through to the end.

The course was around a 20 minute lap but it felt somehow longer with something different around every corner. This was a proper old skool mountain bike course with a mix of singletrack, grassy fields, short punchy climbs and some rather challenging short descents with linking hardpack sections. Some of the purpose built trails were also incorporated which provided intermittent flowy bits providing a welcome relief for some. One particular descent had the option to either snake down a switchback trail or choose a straight plummet down a multi line/carnage plunge/shoot of doom option down a heathery bank. It you had the skills/stupidity the direct line was much quicker but after a couple of laps it was anyone’s guess which was the best approach to get down with most opting for a combination of mega avalanche style seat surfacing with the occasional bail and run/stumble through the slop. This sounds awful, but no, it was bloody brilliant!

Dealing with rivers down trails is not something you get to battle with often. The ‘it’s only 2 hours’ statement from the organisers rang in rider’s heads as they battled the conditions trying to stay upright and moving forward. At least it wasn’t freezing as well as raining.

The atmosphere was great with way more camaraderie that you’d get at a shorter xc race these days. Marshalls cheering on riders (thanks guys) and a good heckling gang gathered at the bottom of the shoot of doom. Fair play to the manual timing gang who did a great job of listening to shouted numbers from riders head to toe in mud including their number boards back and front.

Race organiser Jason provided a decent insight in to the conditions: “The course was absolutely filthy and the big downhill was a lottery. The mud was knee-deep in parts though, so while your fallen waterbottle/garmin/glasses is probably sunk forever,  at least you had a softish landing”. 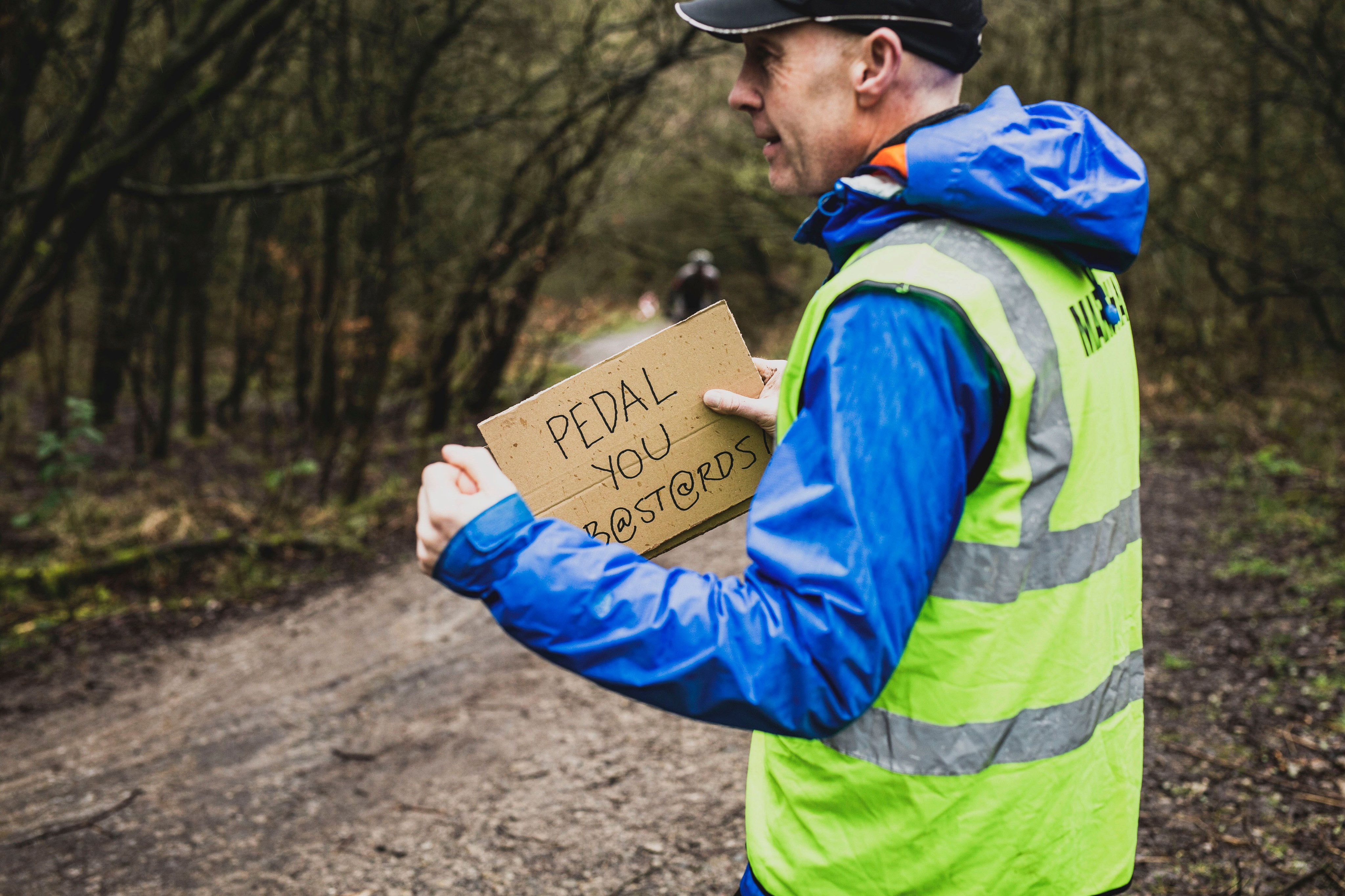 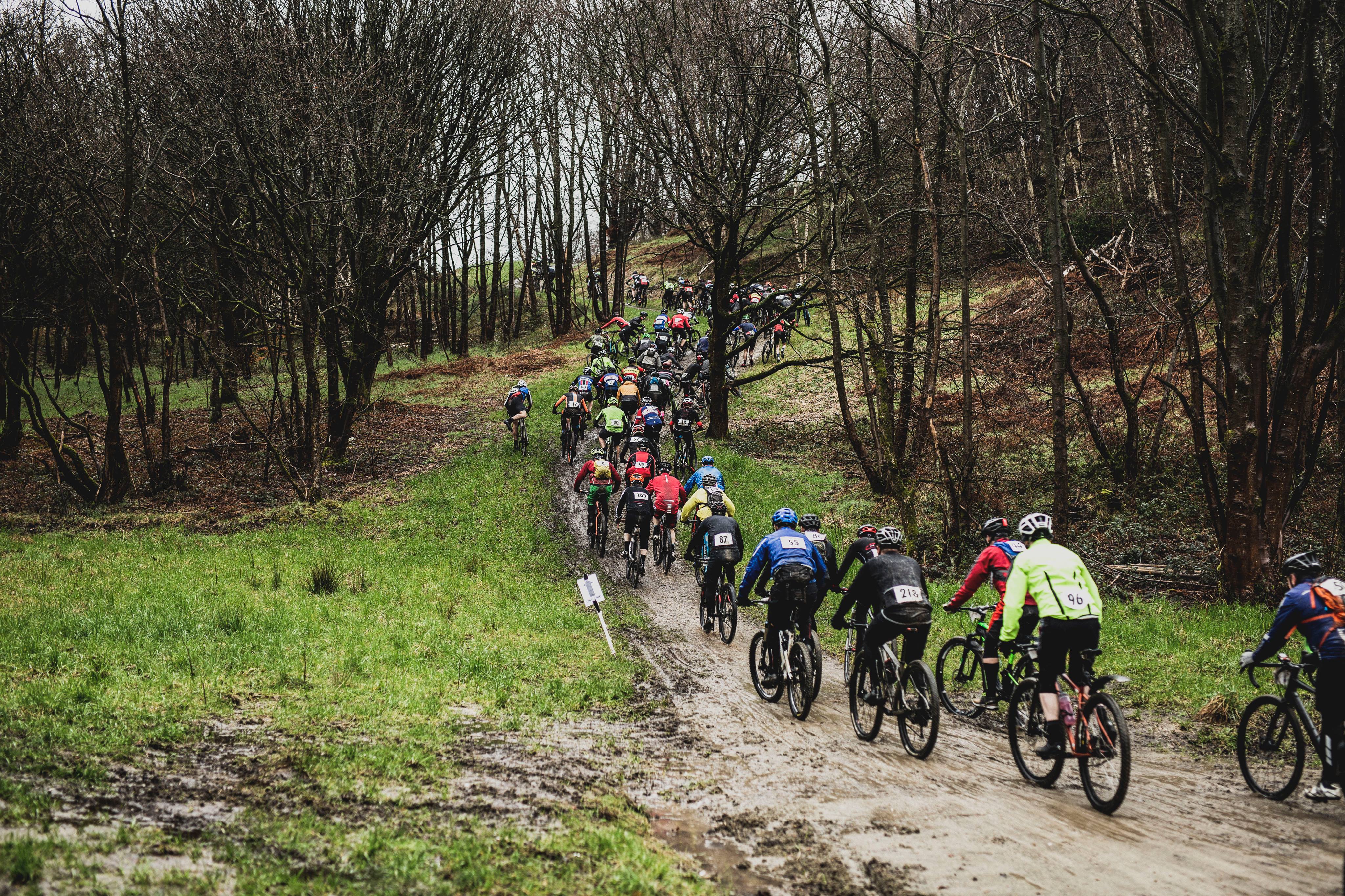