There was heavy rain and thunder storms forecast for round 5 of the Essex Summer Evening Series but luckily these passed either side of us with only a very light drizzle falling mid way through the race to dampen down the dusty conditions. The dry track it made for some very fast racing. The adult males set off first blasting down the wide open grass track that skirted the woods for the first 400m, this led into a newly cut downhill singletrack section which snaked its way down towards a adverse camber corner that skirted a natural pond ready to catch out any unsuspecting rider who got it wrong. A front group of 4 soon clipped off the front on the first lap followed by a train of about 10 riders following closely behind, this looked really amazing with 10 riders nose to tail hammering though the singletrack kicking a plume of dust in the air. 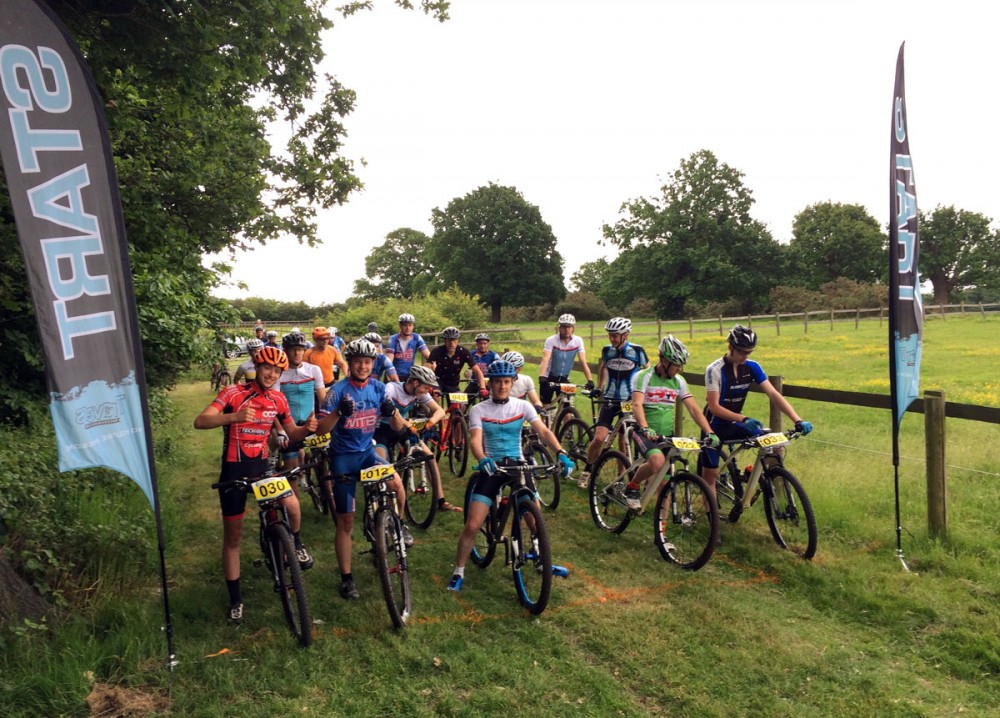 The front group of 3, Kieran Jarvis (St Ives), Russ Welch (Travers Bikes) and Kurt Minter (Trader Van) gapped 4th place Stuart CarMichael (Flitch Bikes) by 10 seconds on lap 4, then with 3 laps to go Kieran Jarvis put in a stinging attack to pull clear of Russ Welch and held onto to this advantage to the end to take the win with Russ Welch in 2nd and Kurt Minter a further 15 seconds back in 3rd. With the leaders finished all attention turned to the battle for 5-8th and the final gravel climb that lead out of the woods, these riders were stuck together from the very beginning, Will Kearse appeared out of woods first leading the sprint to the line with round 4 winner Gavin Thomas tight on his wheel slightly clear of Paul Champness and Paul Cavalla who crossed the line with just a tyres width between them. 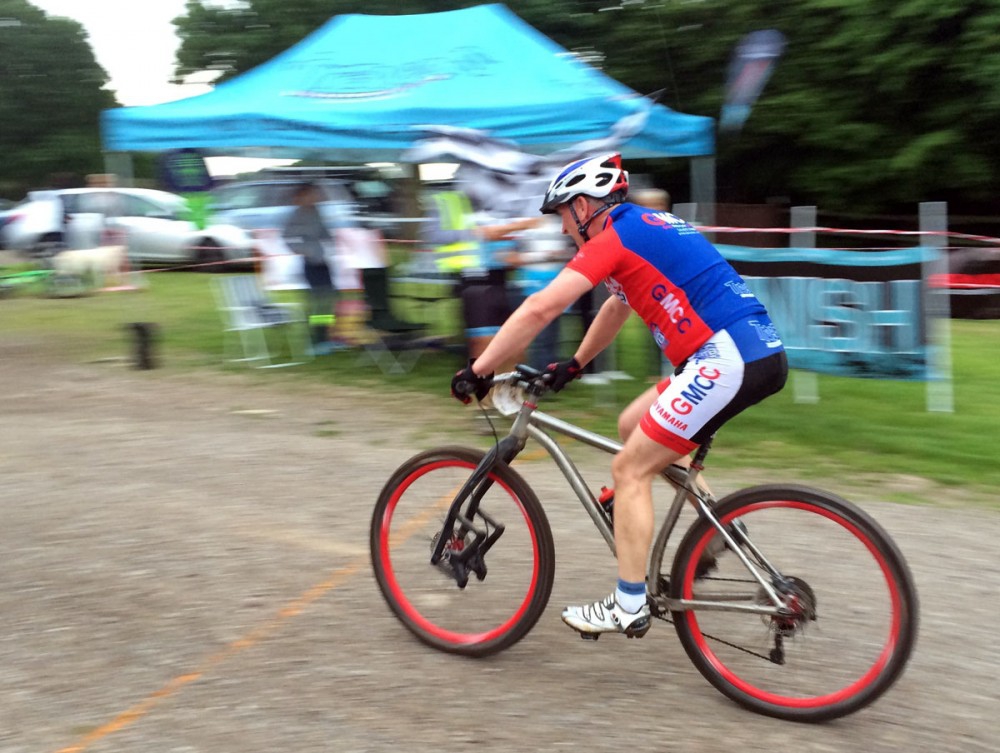 The women’s and Under 16’s field set off 3 mins after the adult male with Harry Bates (Hadleigh MTB) back on form leading from the front to claw back to within 2 points of the overall championship lead. Harrison Darley (Hadleigh MTB) again had a strong race keeping up the consistent form to finish 2nd stopping Harry from retaking top spot overall. Joe Champness (Hadleigh MTB) finished 3rd to strengthen his overall 3rd place. 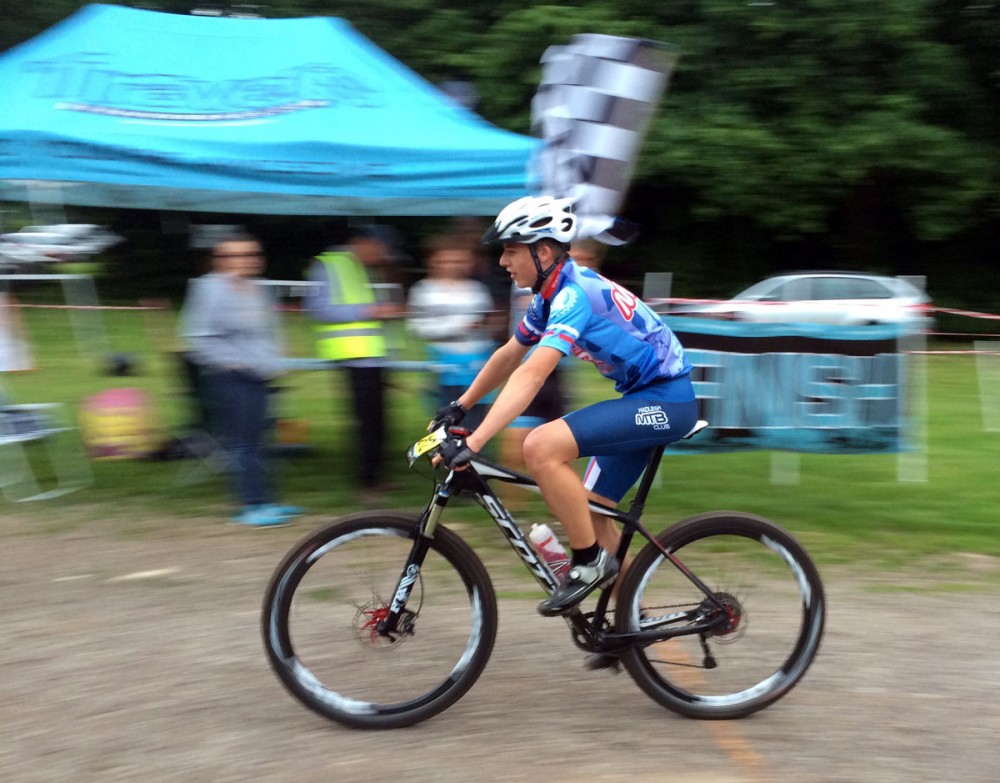 There was another strong showing in the adult women races with Sue Wood (Hadleigh MTB) putting in some very consistent lap times to take the win and the lead overall in the series. Jane Brockman (Hadleigh MTB) finished in 2nd with Mel Bates in her first ever race in 3rd. Kess Claxton (Travers Bikes) returned to winning ways consistently improving with each lap recording a negative split throughout the race.

There is now a 2 week gap before the final 3 rounds. The next race is again at Potash Woods on the 21st June. More info at http://www.traversbikes.com/eses.html