Round 2 of the Essex Summer Evening Series was held on Tuesday night at the infamous 2012 Olympic MTB venue now renamed Hadleigh Park. All riders started at 19:00 with a minute gap between groups just as the evening was starting to cool down in stark contrast to the riders who set off at a blistering pace. 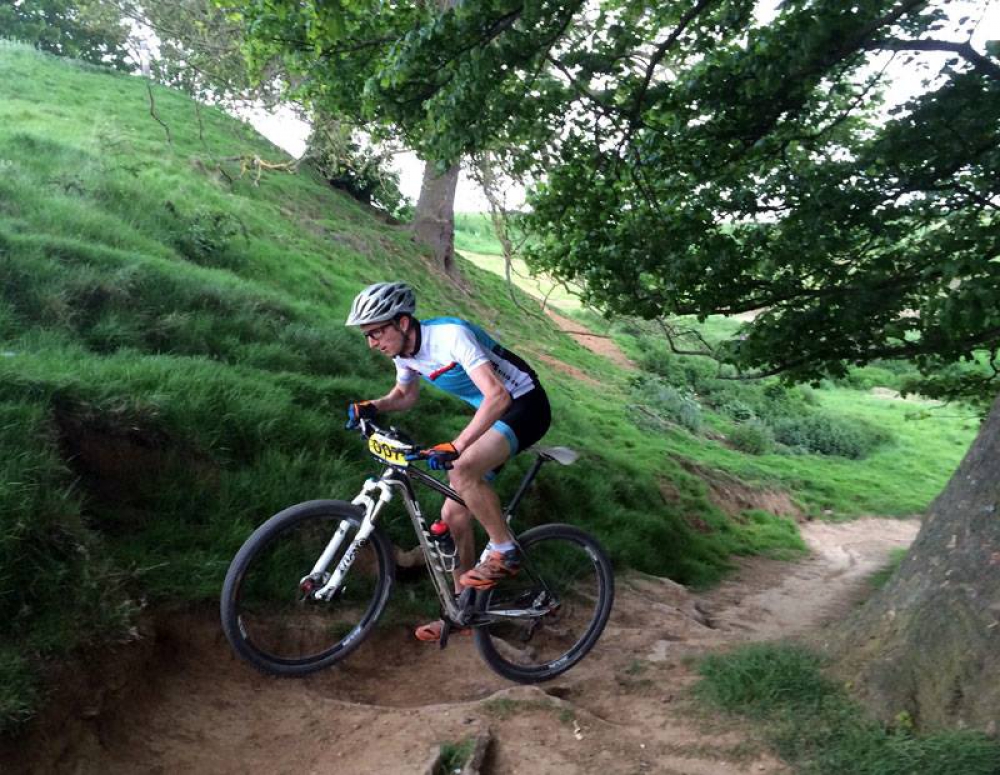 Stuart Weatherly riding for Flitch Bikes strung the Adult male field out pulling out a small gap around the starting loop climb, but this was short lived as Jake Darragh (Hadleigh MTB) caught and passed Stuart on the Rock Garden berm climb and pulled out a a 15 second lead. Chasing hard behind, Stuart was joined by Kieran Jarvis (St Ives) and these two swapped positions for the remaining of the race, working together to eventually catch Jake with 2 laps to go. 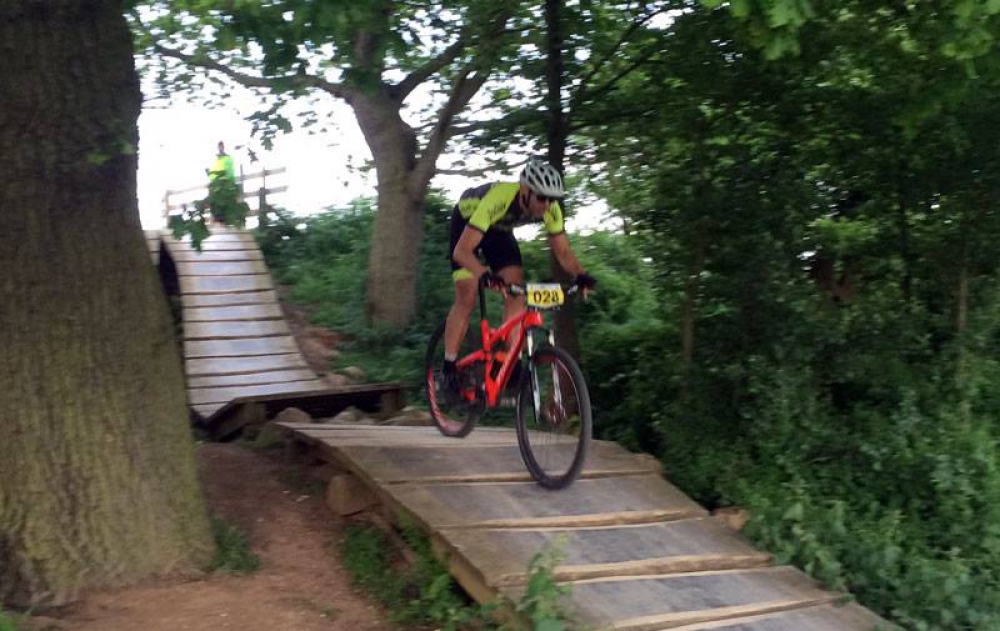 This lead to a nervous finish with the 3 riders circulating together and setting up a 3 way sprint. Stuart Weatherly lead out of the final corner with Kieran on his wheel and Jake a few seconds further back, with a last gasp effort Kieran threw his bike forward for a dead heat on the line. Neither rider could be separated and were awarded joint first. The women race was also close with just 2 minutes separating Susan Wood (Hadleigh MTB) and Jo Hitchen (Wings for Life) with Susan gradually eking out a lead to take victory. 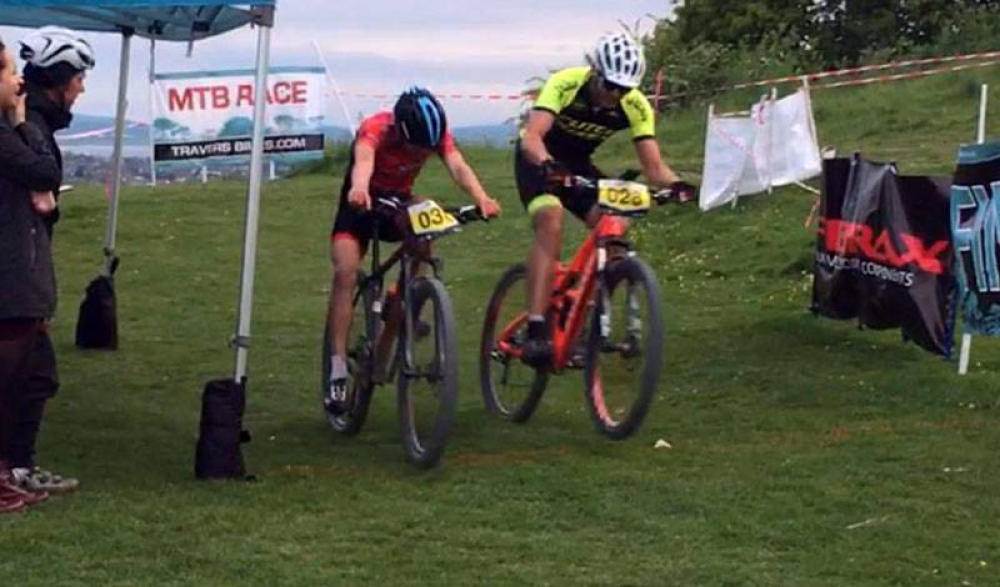 Harry Bates (Hadleigh MTB) continued his dominance of the Male under 16’s category from round one with another impressive flag to flag victory. Darley Harrison kept the pressure on Harry finishing in 2nd just over 2 minutes back with Joe Champness completing the Hadleigh MTB Clubs clean sweep of the podium in a great 3rd place. Kess Claxton (Travers Bikes) had another impressive ride to take victory in the female under 16’s class in only her 3rd MTB race on the rather daunting Hadleigh Park track.

ESES Round 3 takes place on the 24th May and will be a race with a difference, this round will be a XC Eliminator. 4 riders will race 1 lap over a short 800m track. We hope to get at least 2 rounds in for every rider finishing off with the final at the end of the evening. More details can be found at http://www.traversbikes.com/eses.html