Stage 3 was only 21km, it only took about an hour, less for a few, more for others, but it was the TT. A TT up a mountain (with a couple of descending sections) to an observatory at the top of the dramatic Famara cliffs. The usual high winds were a mere pleasant breeze today, just enough to cool you from the heat, which was itself high today, as witnessed by the number of red arms and faces.

Riders went off in descending order of overall position at 30 second intervals down by the coast. The top of the mountain looked a long way off! The sprint off the starting ramp was very very short lived as the route went sharply upwards for the first km before levelling out a little to allow the HR to settle. Sally Bigham started right behind me, a good incentive to get a shift on, and I did, a little too enthusiastically, ignoring the the numbers on the Garmin from the Rotor INpower. Paid for that later. 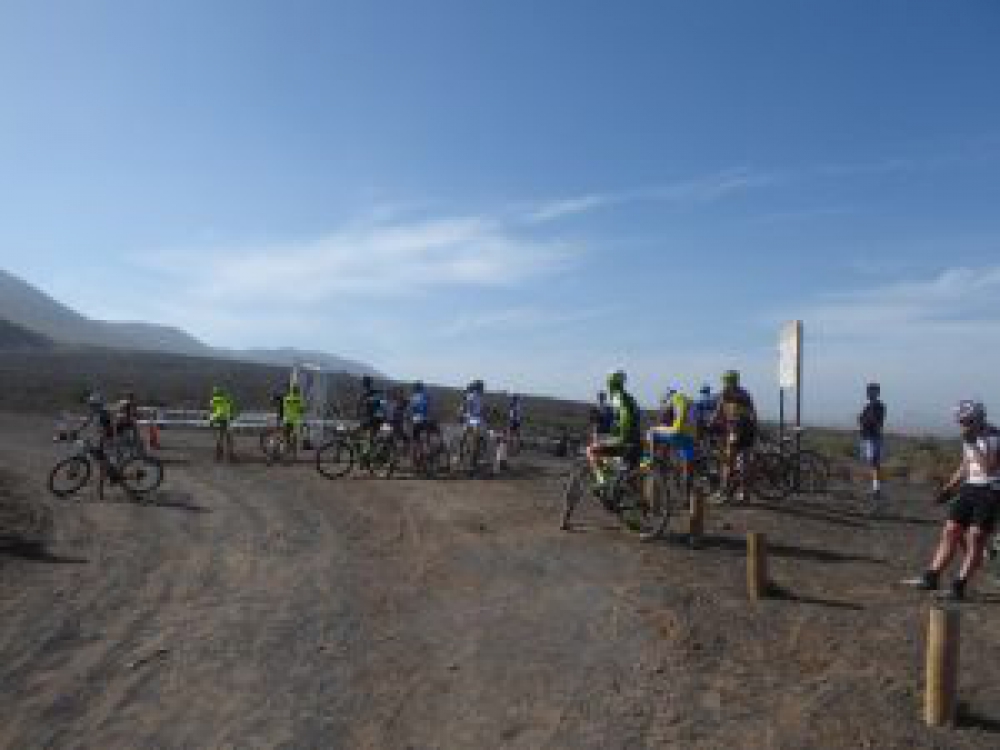 It was good see a few Brits down at the start, Tom Atkinson, Jon Robson and the Clee Cycles chaps, all setting off within a few minutes of each other. At 11.45 it was my go. The first few kms were fire road, winding around the contours of the hills, not steep but a steady gradient.

About 8km in, a sharp turn left onto loose singletrack. (Sally had passed me by this point and giving a masterclass in how to do a hill climb TT) .The track took us past a deep ravine to our left, close enough to get a good view into its depths from a momentary glance. We followed the contour of hill tops for a few kms, dropping a few metres, an already tired body trying to stop the front wheel from washing out at each turn, back up, then down again before the final 10km to the top. 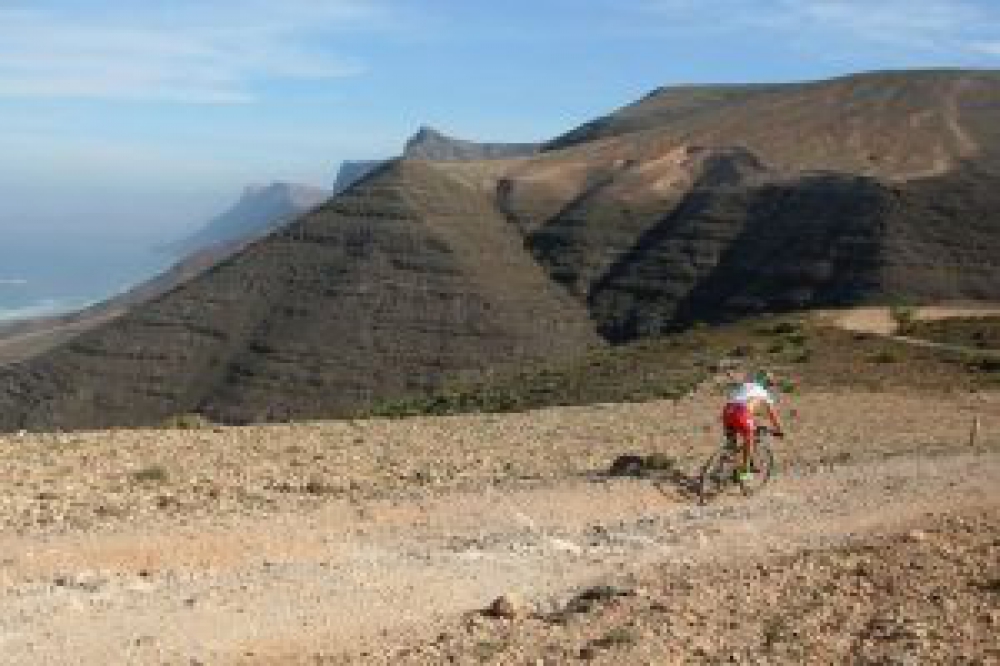 The track levelled out for a km or so, seeing a few riders ahead drove the incentive to pick up the speed, but no drafting was permitted on the TT. The 'flat' didn't last long before it ramped up again to the top. Cursing myself for not being steady at the bottom, the legs were struggling and the speed dropped. I could hear E3Coach telling me to dig in. The route kicked up more right before the finish, which wasn't actually the finish! We passed by the observatory for a short loop round the back before the finish line. Cruel. 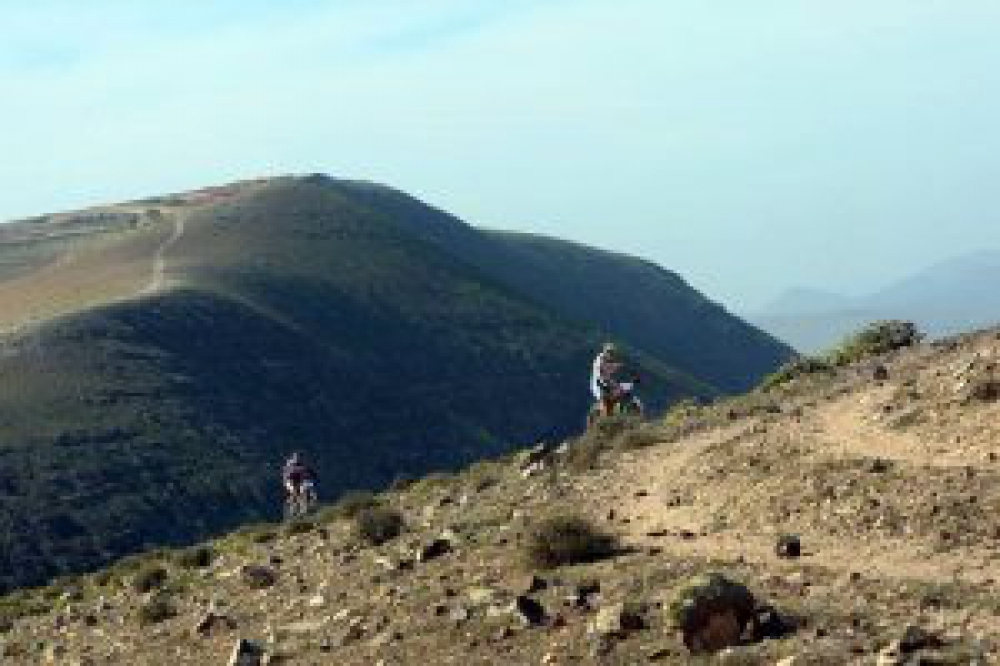 Done in just over an hour. Tom Atkinson and Jon Robson rode super well to get under an 1hr. Julie Elder came home first for the UK ladies followed by Helen Wainright. Sally Bigham took the ladies overall with a fast 58:29. As well as being efficient over the past 2 stages, the Specialized Epic can climb too. The Brain shock just does its thing, staying motionless on the smooth fire roads, but kicking in when needed to avoid losing forward momentum.

Full results here (Scroll down for a breakdown male/female). 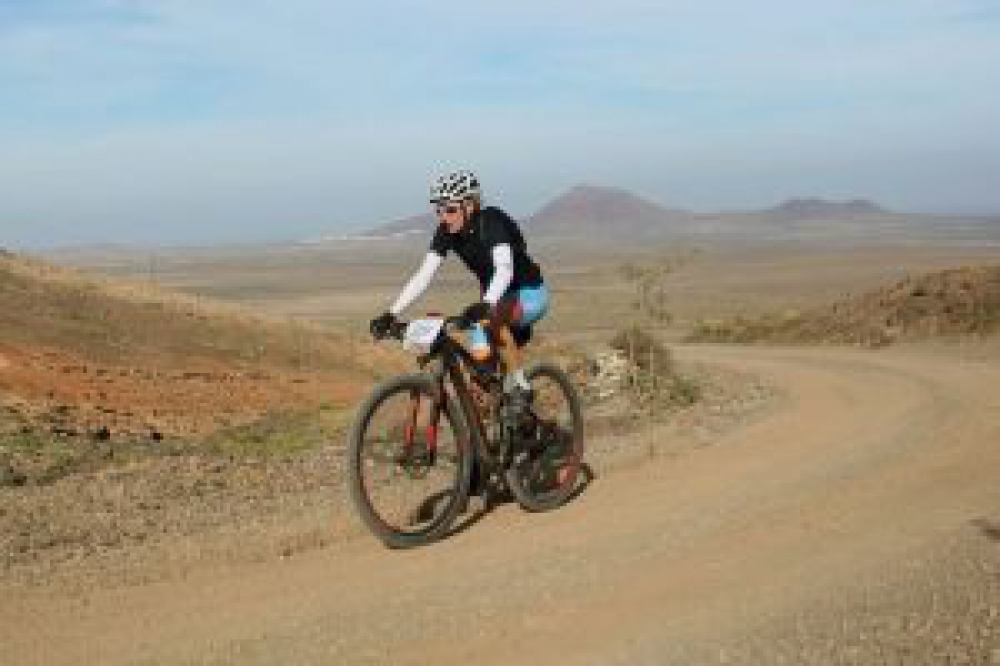 Matt Hart of Torq took us back down the fun way, via a long rutted, rocky, sandy and loose descent (which is to part of stage 4!) and a hillside hugging narrow singletrack trail, with a long section of 'don't have a mishap here or it's a long way down to the left'. Great views though! 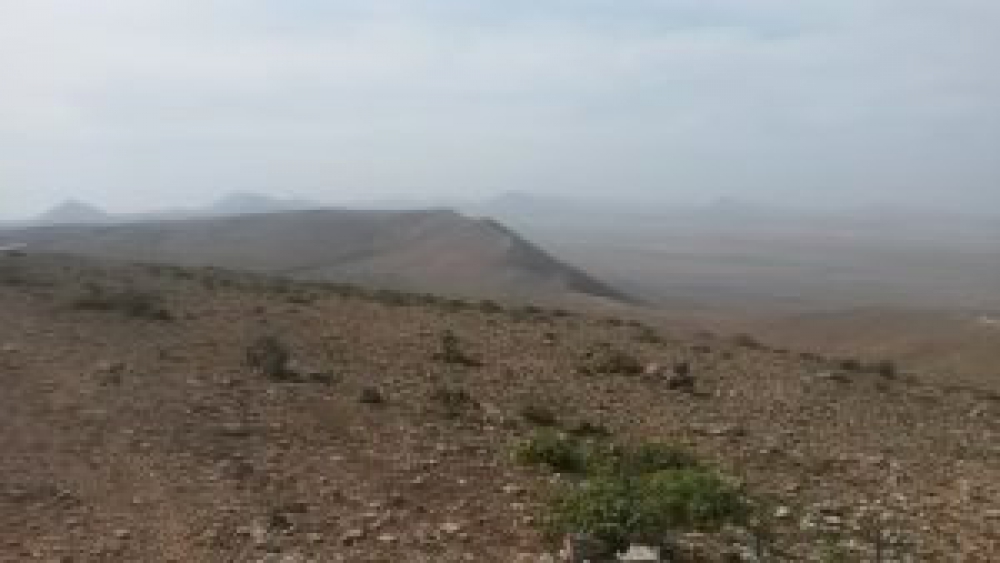