Cracking day's racing in the sunshine! Racing in January is always a shock to the system, most likely why yesterday it felt like lead in my legs and the heart rate was spiking super high. Physically and mentally things had settled down a little for stage 2, a better ride and as someone once told me, 'you can only do what you can do on the day, just enjoy it!' Wise words. This is THE training camp for the looming Cape Epic, prepping the legs in some epic surroundings. 6 weeks to bring it all together under the guidance of E3Coach.com. Looking forward to racing with the powerhouse that is Stuart Spies.


Stage 2 was 52km with more climbing, so suiting my and a good number of other riders from the UK's abilities a little more. Heaps of singletrack winding way up, down and around hillsides, with one major climb, nothing technical, but keeping it steady on the loose volcanic terrain. The level here is super high, pros setting blistering times, just what you need to wake the the mind and legs back to racing again. Stage 2 was an 'early' start at 9am, the wind was up with us too.  The morning chill was short lived as racing got underway. 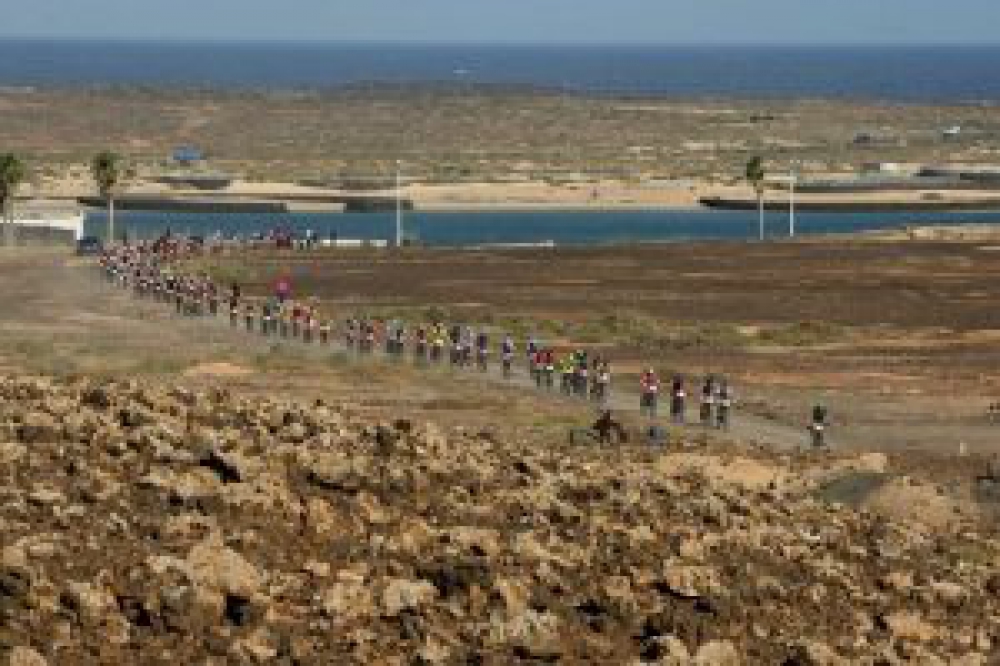 The start was a little less hectic, until we hit the trails, upwards on loose dirt, the wide track allowed for overtaking as riders settled into their places for over the first few kms. Today was far less sandy and more volcanic rock, ribbons of trail winding through it, go offline and it's a bumpy ride! 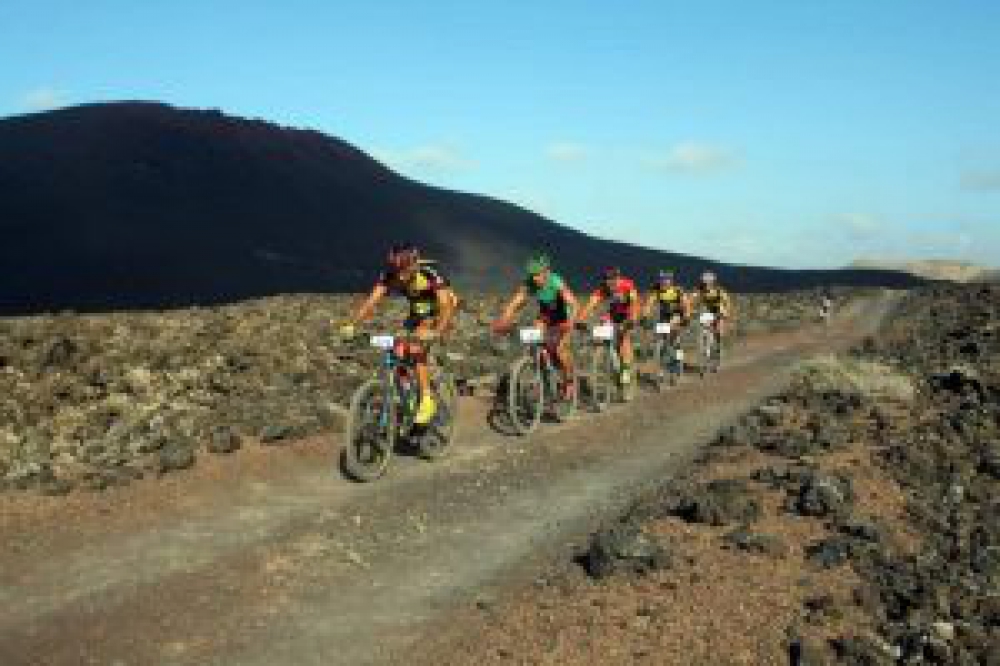 The race thinned out 10km in. The trails twisted and turned through the terrain of volcanic rock, ebbing and flowing with the hills' contours, the route gradually working its way upwards before a longish descent. Nothing overly technical, but super fun sections of singletrack. Riding the tight turns in this loose rock was a skill very quickly learnt. The Specialized Epic is proving itself as a top race bike, able to keep the power on over the rocky terrain. It is efficient too, no bob to take from forward momentum.

I caught up to La groupe Bigham and it was moving quick. The long climb of the day slowed riders down,  tyre traction occasionally breaking out on sections of looser volcanic rock, a challenge to all to stay in a straight line and keep forward momentum. In the hills, we had some welcome shelter from the wind. A brief rocky drop before a sharp climb to the highest point hurt the legs at this pace. From here on in it was pretty much back down. 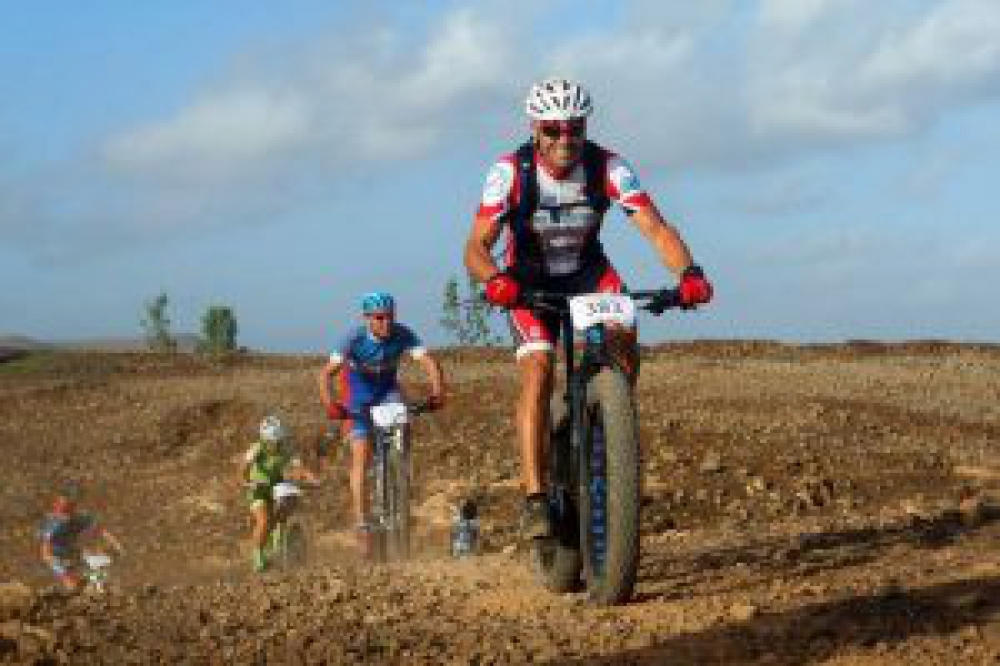 yes, of course there are fat bikes here too![/caption]

Super fast in sections, it was heads down on the open tracks, but reigning it in on the narrow trails, volcanic rock is sharp stuff. Knowing the route has its advantages as Sally Bigham shouted at me that the left turn at the bottom of the rocky descent was onto a slight road climb and a strong headwind. She told me to get a move on to catch the group just ahead. So I did. Just. Made. It. 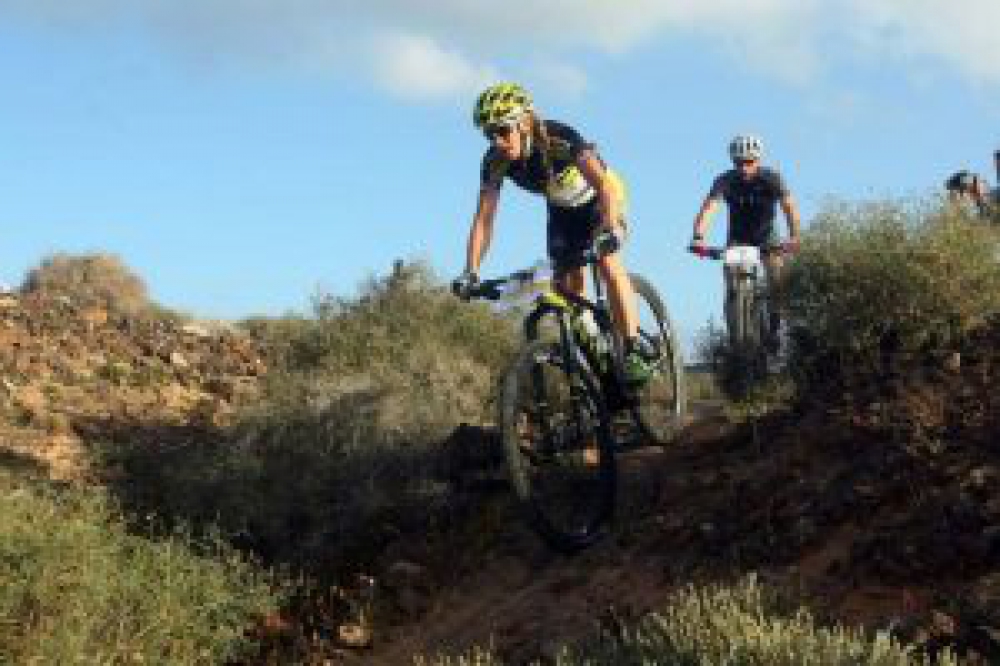 We were soon back onto winding hillside singletrack,  and for the first time some local flora. A few hardy shrubs and very large cactuses. The flowing trails kept us on our toes, constantly changing direction and from singletrack to open trails, riding tactically into head winds. One last short, sharp climb and it was rolling trails back to the finish along more singletrack inbetween volcanic agricultural fields. Once back onto open terrain, the wind again was determined to slow us down, being in a group was key to keeping the speed up. 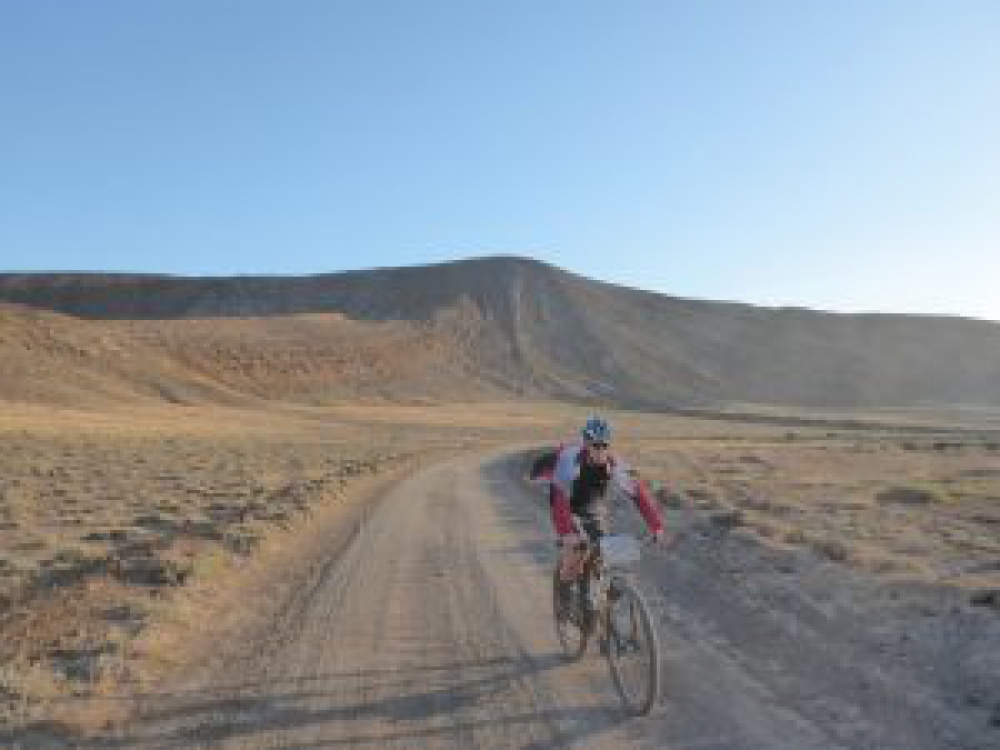 The last few kms took in winding singletrack through rocky volcanic terrain, everyone trying to stay together so as to not get caught out solo on the flatter open section below. I slipped out sideways on a rocky descent. These rocks here are sharp, nothing more than a knock, but the knee swelled a little. I lost the group. 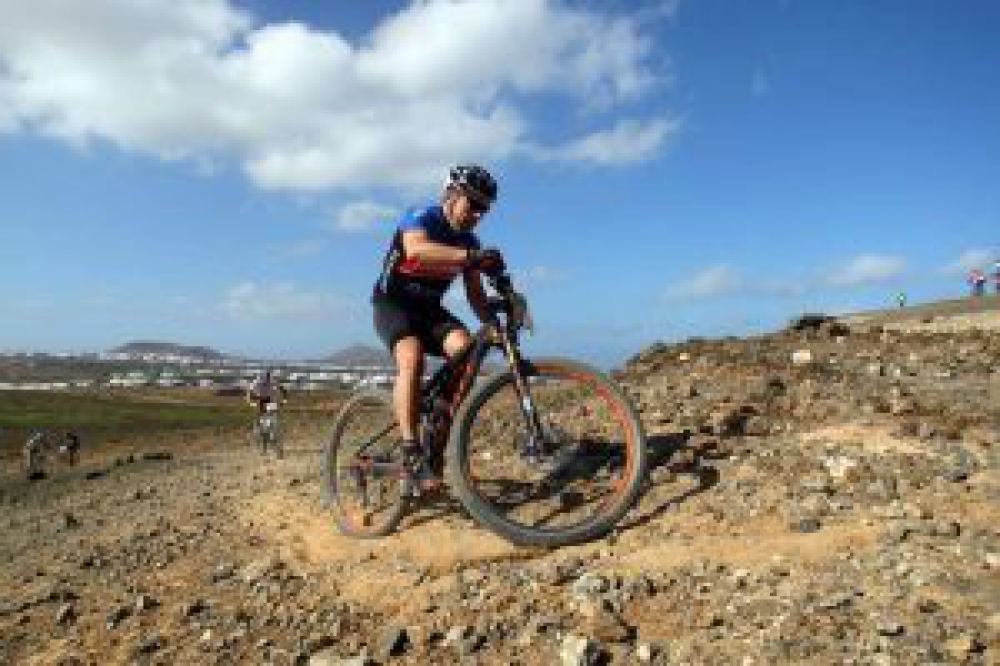 Jon Roberts came past with some energy in his legs so I tagged on and we caught up with the group. Cheers Jon. Eager for some placings and to be first into the final sections of singletrack, speed was high in those final 5km, riders slipping out on the loose rocks and in the turns. We all came in together pretty much though. Another fast and furious, but fun day on the volcanic island. 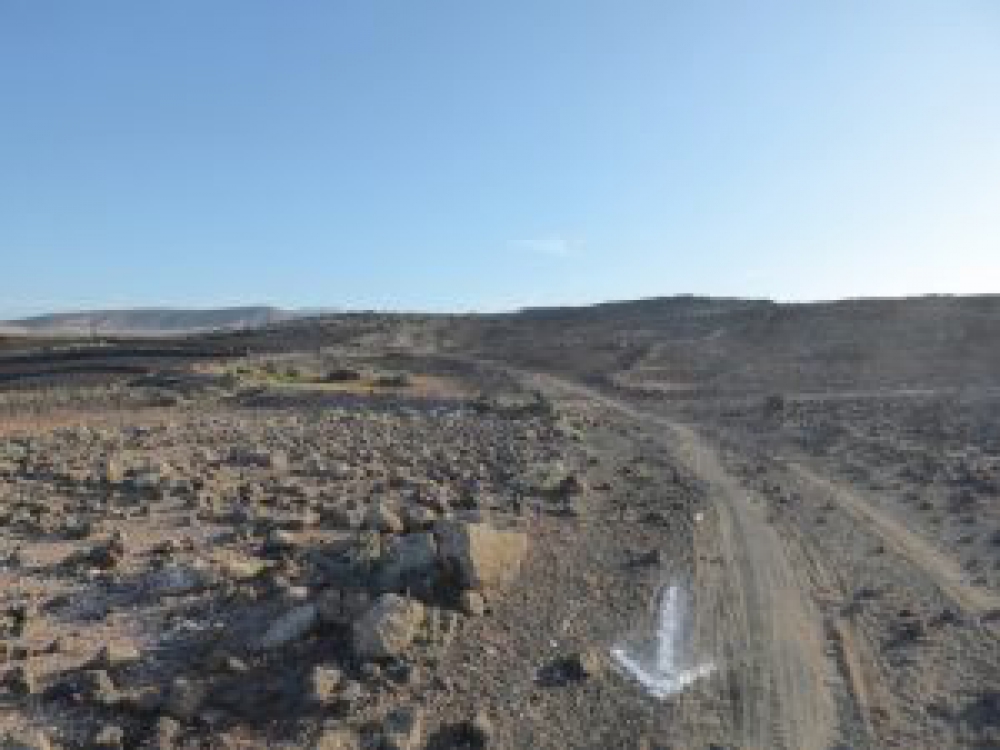 Time trail up a mountain tomorrow. 21km. Sally Bigham starts right behind me!