BC Bike Race mid race update: this evening finds me languishing in the Bears Den on a big red bean bag. In North Vancouver. So how did we get on getting to here?

Day One - Cumberland - trail and sky conditions wet for the start drying fast - Short sleeves and a gilet together with baggies in the spirit of keeping bits that shouldn't be gritty grit free! The race route is a single lap, heading out up the high street of this sleepy western town home to Dodge City Cycles. The racers (released in self seeded groups of 100) soon turn onto fire road and begin to climb, relentlessly for some 15km before descending, traversing and climbing on a rich mix of established trails, fresh singletrack, bridges, rock slabs, and a little more fire road.

The trails keep you on your toes with their feature rich nature and challenge with chutes and drops you'd ordinarily spend a few minutes figuring out before committing. 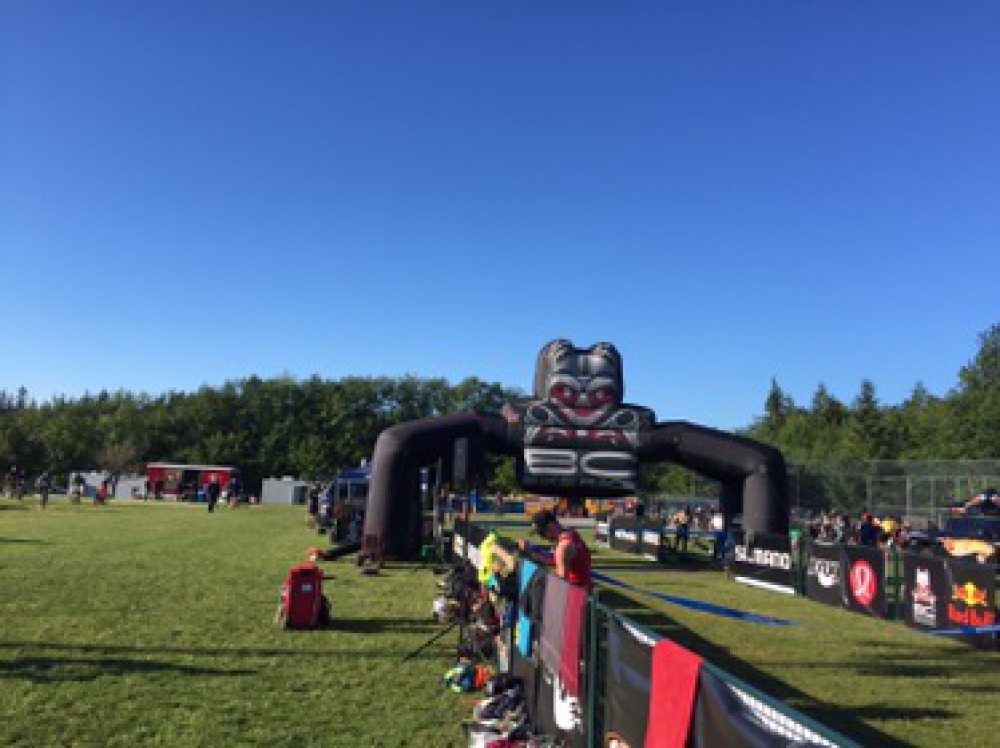 Racers then return to the main arena before looping out for an additional loops, slightly shorter but still high on challenge.

Our only real objective for the day was to retain our second wave status so we now have orange dots on our number boards confirming this. Not bad after race partner Andy managed to crash twice resulting in a delay of roughly five minutes and true to form my climbing performance dropped part way through the course of forty something km.

Post stage there was time for a much needed bike clean and shower prior to jumping in a bus and the onto a ferry for the crossing to Powell River - where we were traditionally met with bag pipes and a beach front campsite - still great even if a little damp.

Start in the beach, finish on the beach, after some rain over night we knew we weren't going to stay dry for long, after some fire road along the waterfront we climbed, descended and generally cruised on some great local trails for again around 50km, and again there were tails of misfortune, luck, bravery and cowardice but mainly bravery and luck.

Again finishing in middle of the second hundred leaves us feeling OK, there are 600 racers, sure it would be nice to be closer to the pointy end but there are some serious folk knocking out the trails at an average of 20 kph. So realistically this is not gonna happen for us mid packers.

Day 3 - Earls Cove to Sechelt saw us getting a water taxi from Powell River to Earls Cove - just spectacular views and great speed. Arriving over an hour before the majority of who were on the ferry, this allowed some prep time, coffee time and time to get changed. And then - the heavens opened.

We started in the middle of a monsoon - rovers trickling down the road, mud splattering when we hit the trails, eventually it began to dry but the damage was done, there were a lot of water splashes to keep chamois nicely moist, shoes wet etc. The trails, up, up more and then when you got really bored - more up. Downs were also challenging demanding power for little ups, wheel lifts etc. Some were very raw too. 59km of the hardest trails out there.

Ouch. Again finishing where we should be so nothing to worry about.

Day 4 - Sechelt to Langdale - finally it's sunny. Lots of climbing, sore throat and some great descending trails. 7km of descent to the finish was properly worth the effort, riding chutes near an edge, bridges over ravines berms, blind jumps, drops, switchbacks, log rides, log rolls, it was all there. Just sublime. Again around 150th for the stage. No idea of our overall but that's for analysis later on.
Stats so far - 137 racing miles, 18,000 feet of climbing. And those are not all easy miles the descents demanding almost as much as the climbs.

From Langdale we transferred to Vancouver via another and final ferry.

The North Van stage promises to be the most demanding 15km ever with 850 metres of climb and highly technical descent. 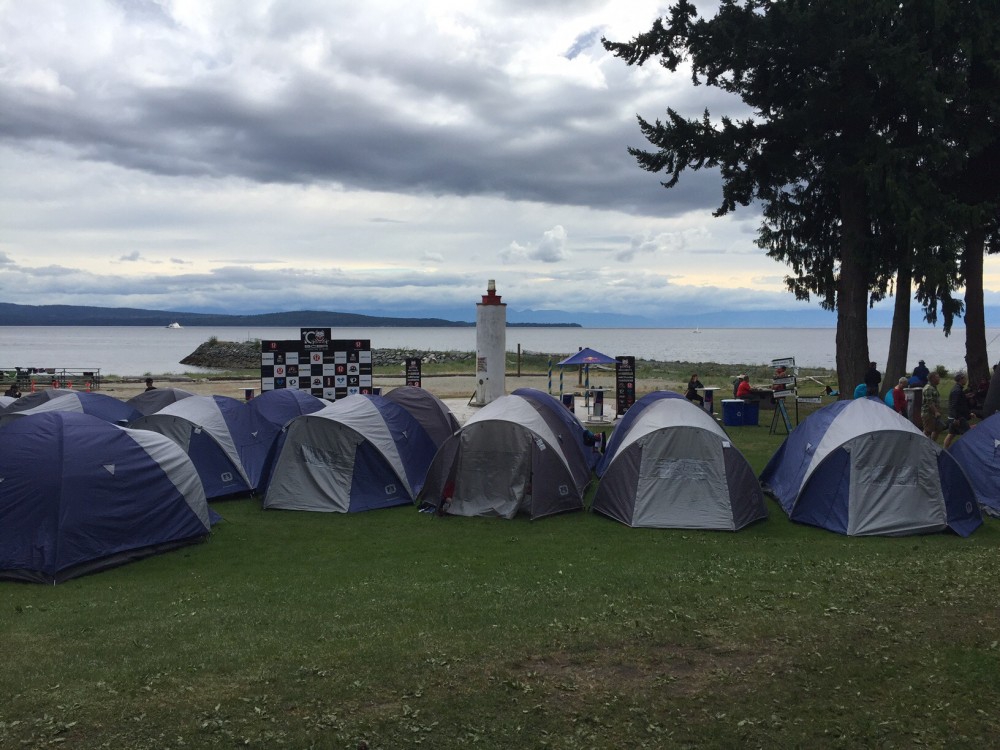 Videos, results and pics are available on at www.bcbikerace.com