The first round of the Army MTB XC Race Series took place at Erlestoke Camp on Salisbury Plain 10 May 2017.  The event is one of 5 that will take place throughout the season.  The day was organised by the Royal Electrical and Mechanical Engineers (REME) Cycling Association. The Army series is set up as grass roots racing to encourage soldier and officers to compete on course that are designed to be challenging to novices and hardened racers alike but the overall aim  grass roots racing. 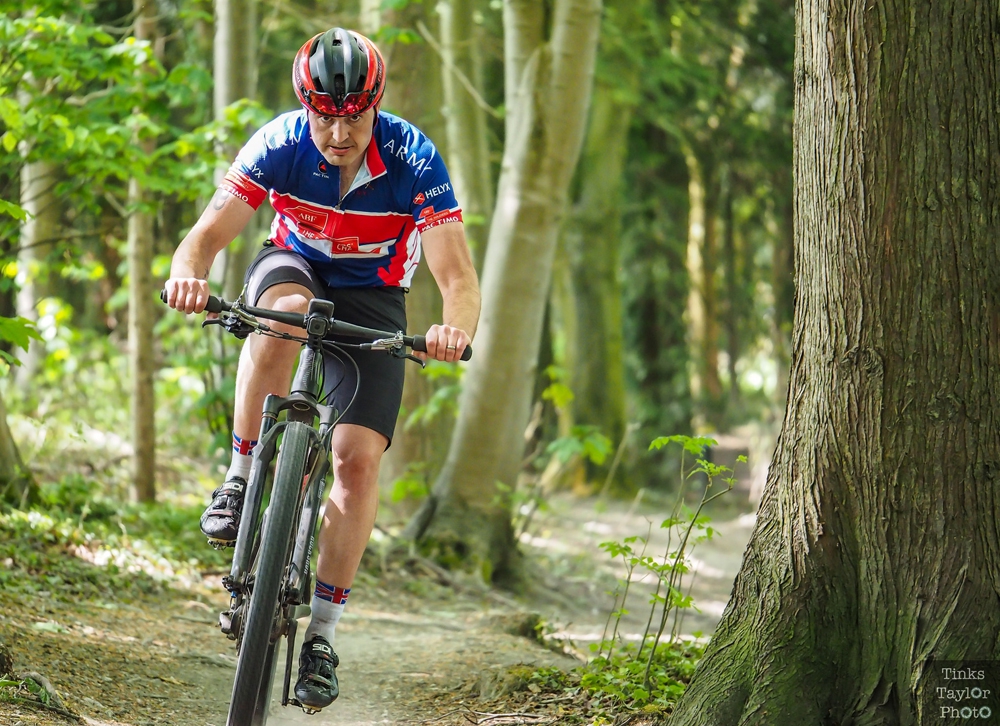 Conditions on the day were prefect with blue sky and sunshine. The REME team had set up an awesome circuit that included a brutal 500m climb but was compensated by having some many KM's of sweet flowing single track. 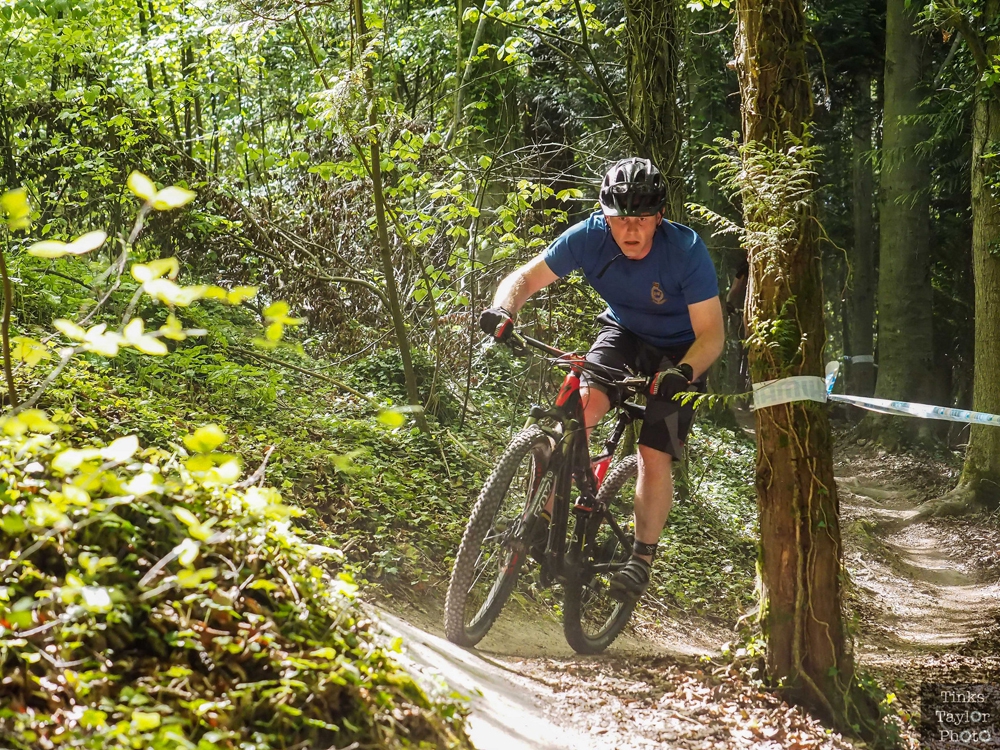 For race 1 there were several categories these were:  Combined Services Race where the Service race teams battle it out with one another, then the masters (40+) grand masters (50+) followed by the ladies.  First away was the combined services race lead out by Maj Marini of the Army. Flying along the long start straight and into a particularly rutted section Maj Ficke crashed heavily, 2 riders stayed with him until help arrived.  At the front of the race SSgt Loynes, Army and SAC Lyon RAF pulled away and were together at the end of the first lap.  Loynes just back from the Joberg2C 9 day stage race in South Africa proved the stronger and gradually pulled way. 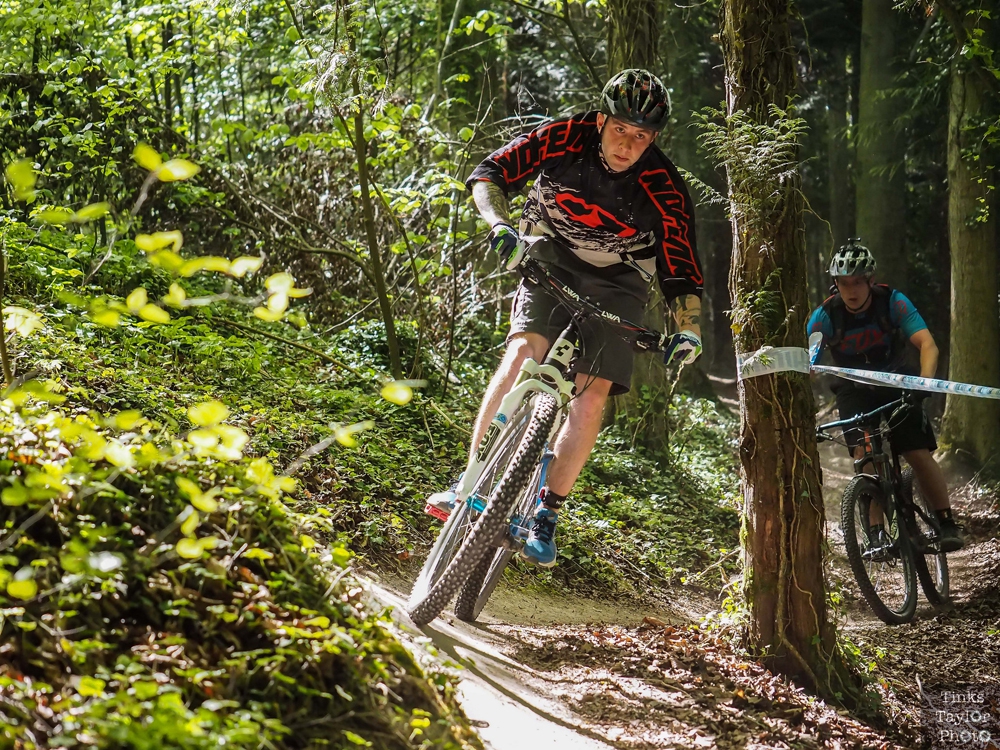 In the master's 40+ race the race was dominated by WO1 Pearson who set a blistering pace that could not be matched by the rest of the field.  The grand masters 50 plus saw a battle between Capt Hale and Maj Hendry.  It was not until the end of the race that Maj Hendy managed to get a gap pull away for the race honours.  The ladies race was lead out by WO2 Weldon who  comfortably cross the line first followed by SSgt Smith, OCdt Dolman of the East Midland OTC took 3rd place.  it was good to see new faces for 2017 in the ladies race, we hope this continues.

Race 2 was the Senior and U23 men race. Straight from the start a group of 7 riders broke away from the field of around 100 riders and get to the single track first, the following mass of riders were then caught in a battle to get through the first bottleneck.  Onto the first climb Cpl Craig, 2Lt Warner and Maj Richards manged to pull away on the brutal climb.  They stayed together for lap 1 but by the end of lap 2 Craig stared to gradually form a gap using his down hill skills in the single track  to eventually  take with win with Richards 2nd and Warner 3rd.  The U23 race saw a battle between Spr Clayton and OCdt Robinson for the top spot.  laps 2 qand 3 had them evenly matched but a mechanical on lap 3 saw Robinson have a mechanical allowing Clayton the crack on and take the win. 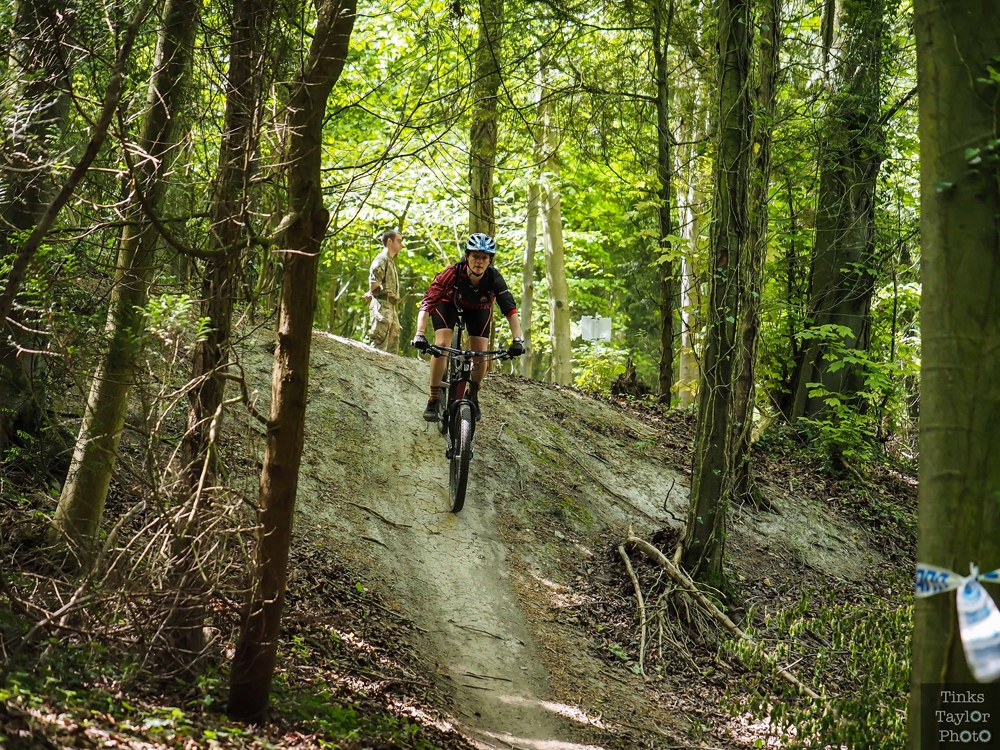 A fantastic days racing with 250 riders taking part. Special thanks to the REME for putting on a great event. Looking forward now to round 2 which takes place at Sherwood Pines on 24 May 2017.  Sherwood Pines offers a much flatter course but lots of single track.

Many thanks to the sponsoers of Army Cycling who without their support these events wont take place.

Thanks to Tinks Taylor who took some very awesome photos of the riders in action, they can be found here