What a beautiful part of the world. The town of Schladming, nestled deep in the mountains, but we wouldn't get to see much of it today. The forecast was, unfortunately, right. Rain. Non stop all day with the mountains shrouded in cloud cover. Quite a contrast to the heat yesterday, basking in SS jersey and shorts. With around 5 degrees at the top of the cloud covered mountain, clothing was a tough choice to not overheat on the long ride up, or get too chilled on the long drop back down. I get that some riders just want to race in shorts, but SS jerseys in this weather?! Maybe I am just old.

Alban Lakata with his helmet 'cover'[/caption]

We only had 53km to cover, but with a solid 2400m of climbing. Coming out of town, the route was neutralised, but there was the usual, chaotic jostle to get ahead, riders firing off at speed only to come a screeching halt a few metres later at junctions. Repeat for 4kms! The first climb did its job, thinning out the mass of riders and a proper chance for others to get ahead on the wide track. 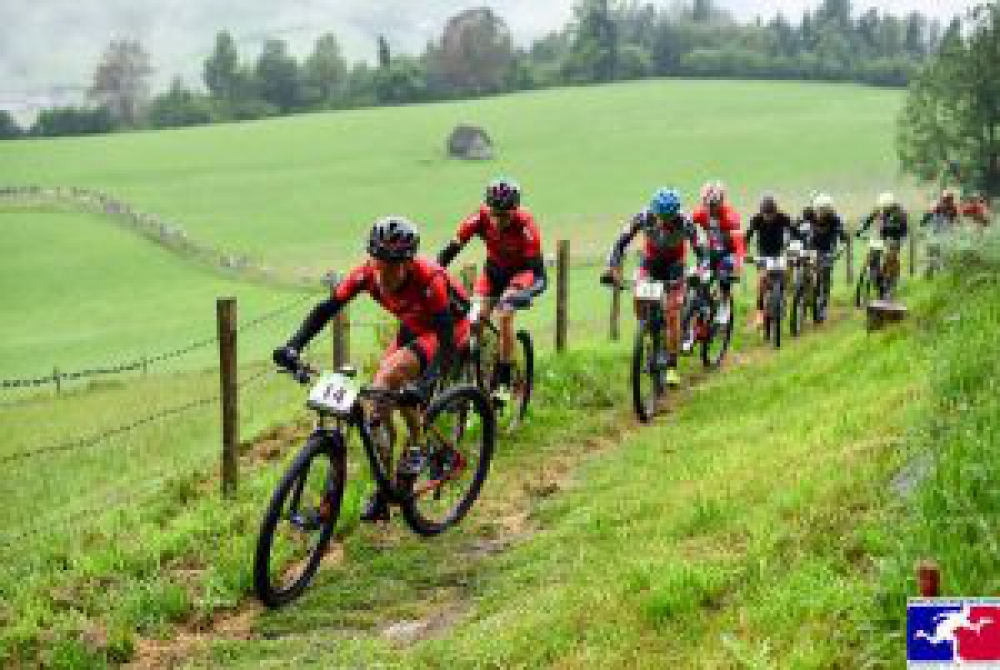 Fun sections of rolling, wooded singletrack and trails through the valley took us to feed zone 1 at 22km, a little wake up call for the legs before the main 12km climb to Planai Station at 1840m, obscured by dense cloud, so no chance of a grand view of the valley below. 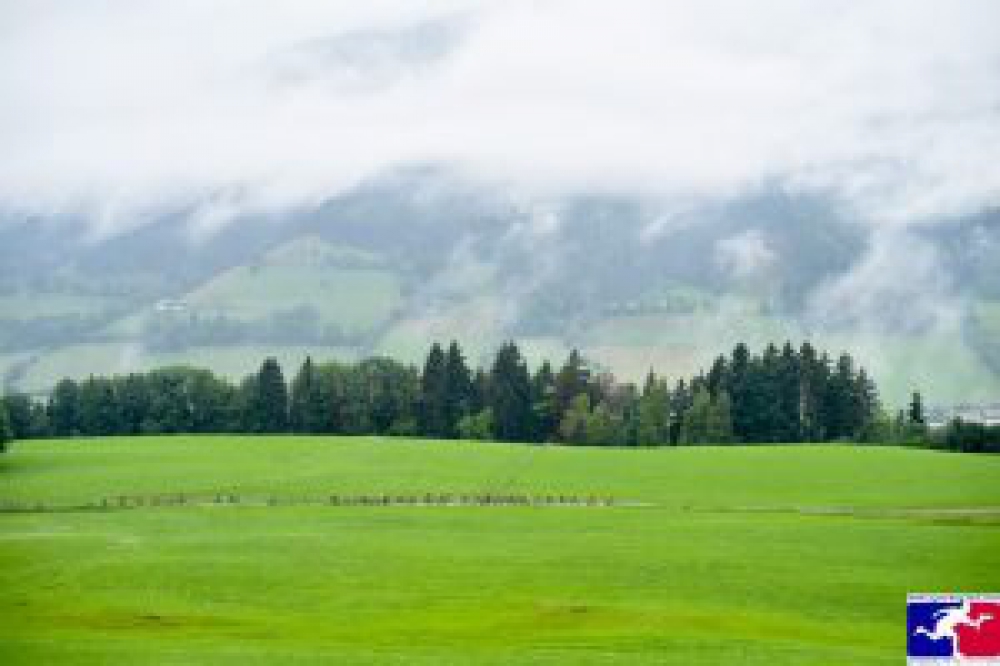 By about 1400m, you could really feel the chill in the air. Further up, we passed by deep, lingering snow, a clue to the overall colder weather here in Europe this year. Cloud enveloped us with 200m to go to the top, the temperature now around 5 degrees, visibility almost zero at the mountain top feed station. 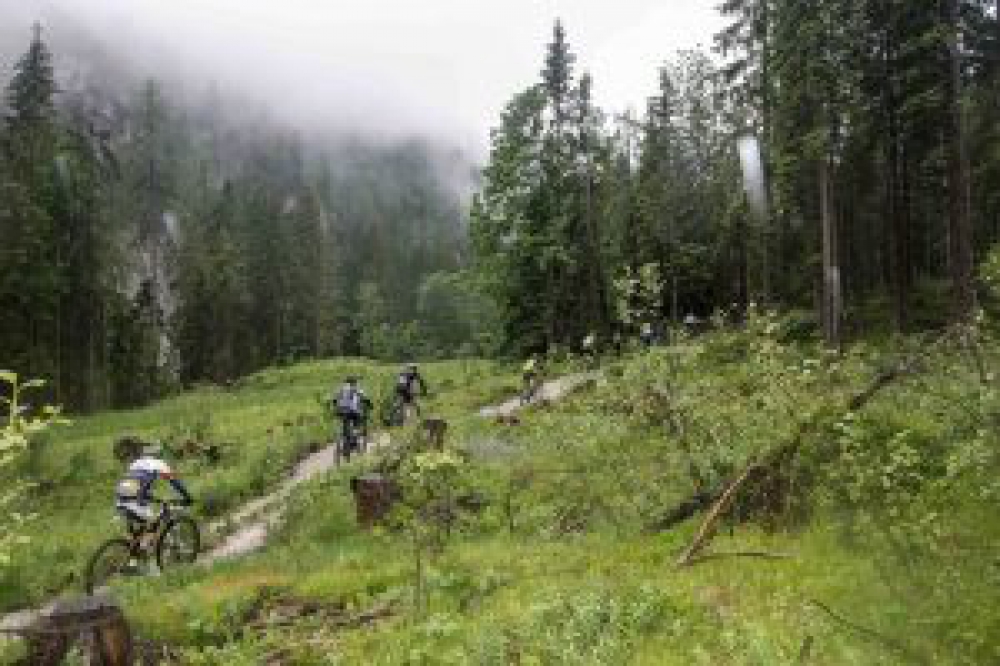 We lost 650m of height fast, down winding, loose, stony fireroads, Lose it on the corners and it was into the forest. Which a few riders did, a little too eager to overtake downhill! One corner had 2 large 'Achtung' signs, which of course we all understand! The tape at the edge wouldn't have stopped you going down the steep gorge, but we got the idea! 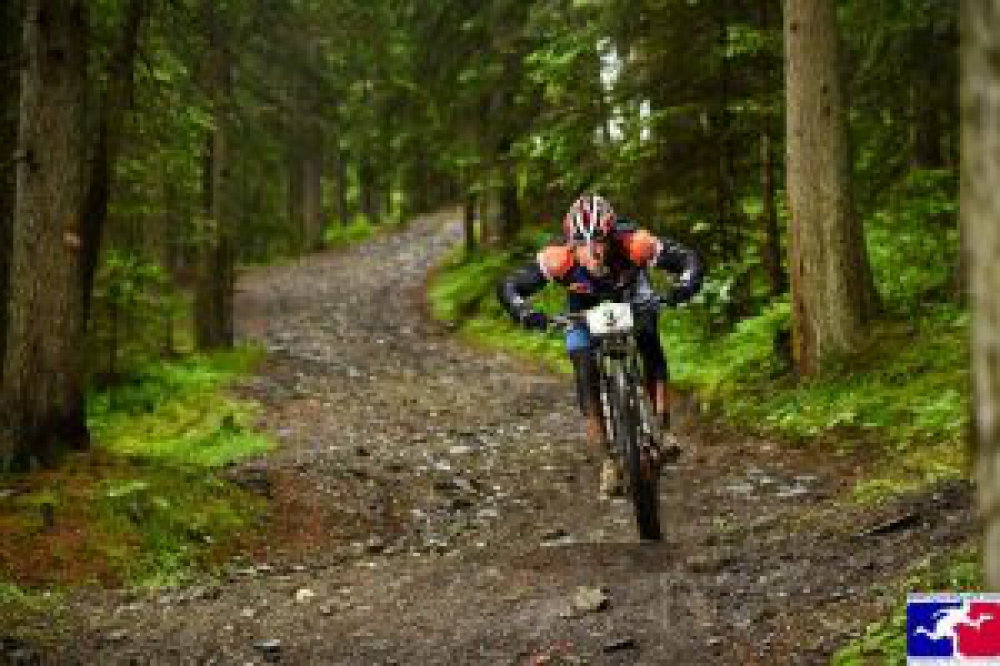 Climbing wasn't quite done. A 220m climb up through the trees woke up cold legs before dropping down the now, churned up from the rain, DH course to the finish. With massive, deep swooping burms, some one after another and switchbacks further down, what a way to finish! 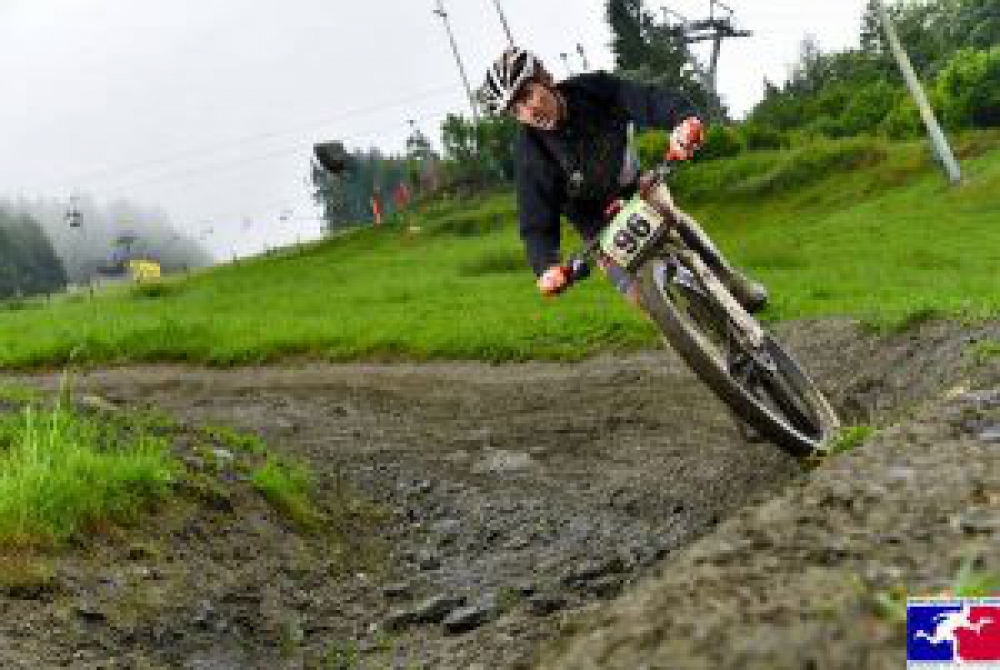 I managed to pull off a 2nd in category. Lloyd of Clee cycles came home in 60th despite having split his knee open 4 weeks earlier! Chris Taylor was 25th with Krla Boddy of the Drops team, in her first mtb race, 6th Elite and Sharon Laws up there in 3rd Elite.