10 Under the Ben - everyone knows it, everyone loves it and I reckon nearly everyone has tried it.  Now in its 12th year, the course has changed and developed over the years and 2016 saw a 10 mile lap of singletrack tech and fireroad speed under the peaks of Nevis Range.

So, where to start?  My original intention was to do an introduction piece to this now-famous event, but I had been struck down with an eye infection that required lots of dark rooms and eye drops.  It also meant that I may not have even have been able to compete, but with an extra night at home and an early start on the Saturday, I headed north to Fort William.

After a silly o'clock start, I met up with Rock and Road Cycles (the Bridge of Allan shop that supplies me with race kit and "moral support") under their gazebo and talked about the event ahead.  We had two soloists and a mixed pair competing so it was all different techniques, timings and speeds to see us through the 10 hours.  I also had to make sure I had painkillers, eye drops and allergy tablets all carefully stashed away in my solo pit box.

Post riders briefing, the mass of riders gathered together behind the bagpiper and we set off for Lap 1 / Hour 1 of the largest event of its kind in Scotland.  The first lap was the usual mass start filled with nervous energy, determined racers and enthusiastic newbies all instantly forgetting this was a 10 hour race as they all dropped the hammer onto the first section of trail! 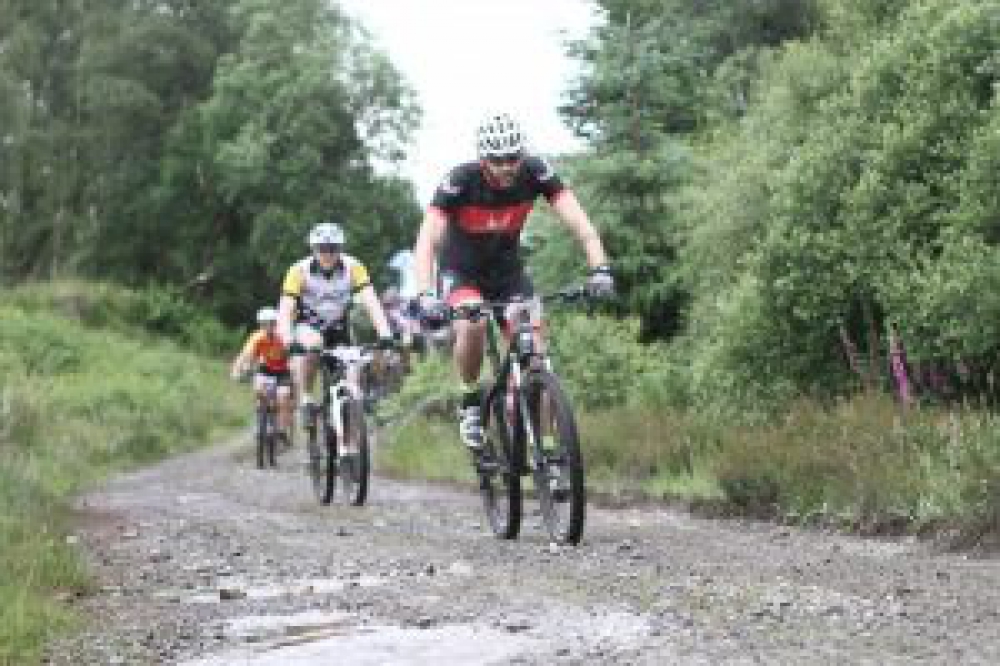 Now, as per usual, Lap 1 is a curtailed lap to allow everyone to filter out and settle into their rhythms, so there's not much point in discussing that, but Lap 2 is where everything really settles in and starts to happen.

Beginning in the transition area in the Nevis Range car park, the lap starts in the now familiar singletrack that takes everyone to the Auction Mart making full use of a cold, cold water splash first.  Following the well trodden fireroads, and singletrack, the first new addition to this years course appeared in the form of a long, twisty tree-lined climb.  This was a very welcomed addition as it breaks up the climbs into something a lot more engaging and physically tough as the laps went by.  Another quick blast through the trees and into one of the well built Blue descents in the Range which snakes its way back down to the car park.  That bit was fun, the climb it leads you into, however, is not.

Starting with a rocky, slippy hold-your-breath-and-ride climb, you're then funneled up through some very tight singletrack, onto a very steep and loose fireroad climb before joining the final stages of the Lazy K climb which was a mix of steep, loose, humid and, erm, steep up to the highest point of the day.  Then, thankfully, it was into an old favourite descent down the World Champs course - big corners, little rock drops, sneaky roots and just loads of fun.

Out of the trees, gurn your way along the fireroad and then drop into the board walk section of trail that hasn't been used in 10 Under for many years and it was great to see it added back in again.  Lots to play on and was a great way to keep you paying attention as the hours tick by.  More singletrack to take you back into the main car park to meet up a last, steep, cramp inducing climb that dropped you onto the 4 Cross course and back into the transition area.  What I will say about this lap is, for some people and a group of mates, that would be a decent ride in itself.  Now try doing it as many times as you can in 10 hours!

I was solo-ing again (think this was my 7th time) and was looking to get my personal best of 9 laps within the final race cut off time.  In between the number of races I've done this year, my performance at the Glentress 7 and really liking the course, I felt confident that it was going to happen.  I was strict with myself with the Garmin on my bars measuring my Heart Rate and sticking to it, staying hydrated and eating well whenever I passed through transition.  I managed to keep my lap times consistent and was feeling strong - until lap 5.  My eyes started to ache again, felt like I couldn't get enough air in my lungs and my legs were getting heavier.  Awesome. 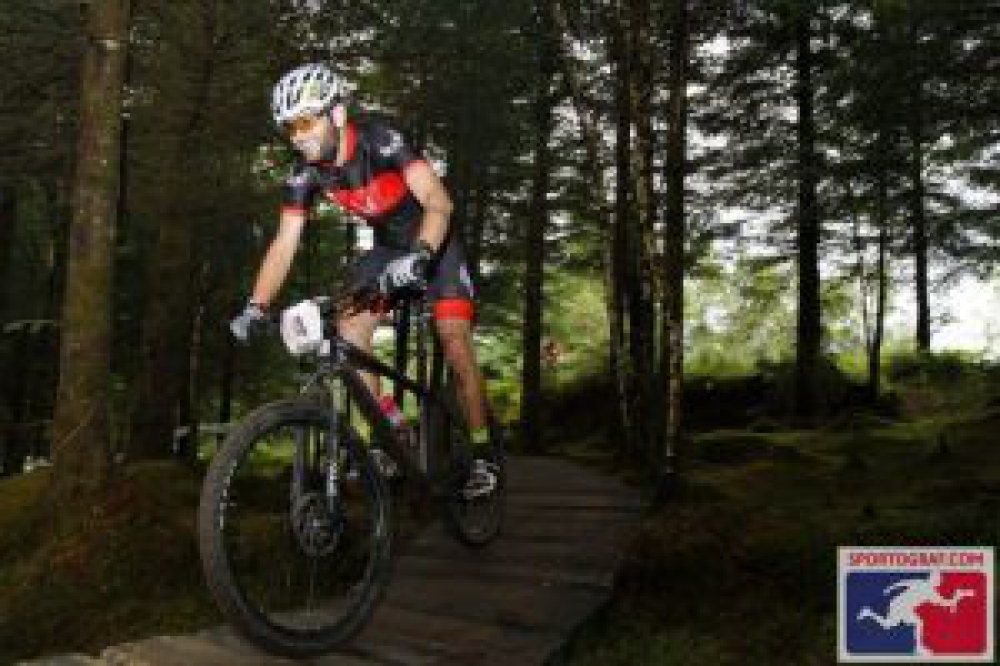 Smiling through the trees. Photo from Sportograf[/caption]

I stopped in transition to get some painkillers in me, have a stretch and re-focus for lap 6.  Another competitor saw me suffering and offered me a very lovely and welcome slice of peanut butter flapjack.  Here's hoping for lap 6.

Didn't even survive half a lap.

It took a good few hundred metres to make my mind up, but I was suffering to the point I could hurt myself or cause a crash for someone else and decided to call it quits.  Not something I enjoyed doing, but in my advancing years, I knew it was the best thing to do.  Last year saw my best performance (8 laps in under 10 hours) and this year, my worst.  Still - there's always another time, right? As time went by it became evident that whatever infection was in my system hadn't made it's way out.  Never ride ill, kids - that's my pro tip for the week.

All in all, another great lap and course put together by the guys at No Fuss and you'll be hard pushed to find an event that offers more bang for your buck than this one.

I do have some final thoughts, however.  At what point did mountain bikers start becoming a miserable and self-centred bunch at races?  It seems that in a very short space of time, people have stopped saying "hello" and making themselves known at Endurance Races to thinking it's all right to barge through and past other riders on their laps.  Bad news - it's not all right.  In an event like this there is a massive spread of talent mixed in with solo riders working at a set pace and team riders smashing out single laps.  Yes, it's a race and, yes, you should try your hardest.  But, please remember, none of us at these events are professionals, we all have jobs and we all need to get home in the evening.

Stories I heard from a round the pit were: a male rider throwing a temper tantrum when he got passed by a younger female racer, two juniors shouting and swearing at each other on a climb, a rider throwing his wheel about and swearing because of a puncture, and I got block passed into a tree which put me off my bike.  There were more, but I'm not going to go into them.

I'll leave you with this:

Results can be found here.