This past week I've been in the Azores for the Azores MTB Marathon which is part of the UCI World Marathon Series. After a few successful races recently I was excited to see what was possible. 2 weeks ago I narrowly missed out on my first top 10 at the World Series. I'd have been happy with a top 10 here, a top 5 would have been amazing. So to finish 4th and so close to podium is a dream!

It's my first time in the Azores and actually my first visit to Portugal! The Azores is composed of nine volcanic islands situated in the North Atlantic Ocean about 1,360 km (850 mi) west of continental Portugal. Flights are limited from the UK but there are direct options on select days. I arrived on Wednesday evening allowing several days to recovery from the travel, practice the race track and see Ponta Delgada. Ryan Sherlock was also out here for the race honing his form ahead of Crocodile Trophy. We practised about 2/3rds of the track so we were pretty well prepared.

The weather all week had been sunny down at the coast but wetter up in the mountains where the race track took us. The course climbed 3000 meters with lots of steep ramps but there was some great trails to reward you for the hard work. The scenery was amazing with views of the coast along most of the route, when the coast was out of view you had views down onto the lakes at Sete Cidades.
On race day the weather had taken a turn for the worse with rain at the start and howling winds ripping across the island. Lined up with the number 2 plate I was on the front row with numerous other National Champions and the World Champion Alban Lakata. With a huge headwind for the first 15km no one really wanted to be on the front but when Kristian Hynek upped the pace a group of 10 formed at the front. That became 7. Then Hynek and the Portuguese rider Pedro Romero made a break for it. Behind the group completely split leaving Lakata, myself and 1 other rider chasing down the leaders. This trio would stay together until the final few kilometres. 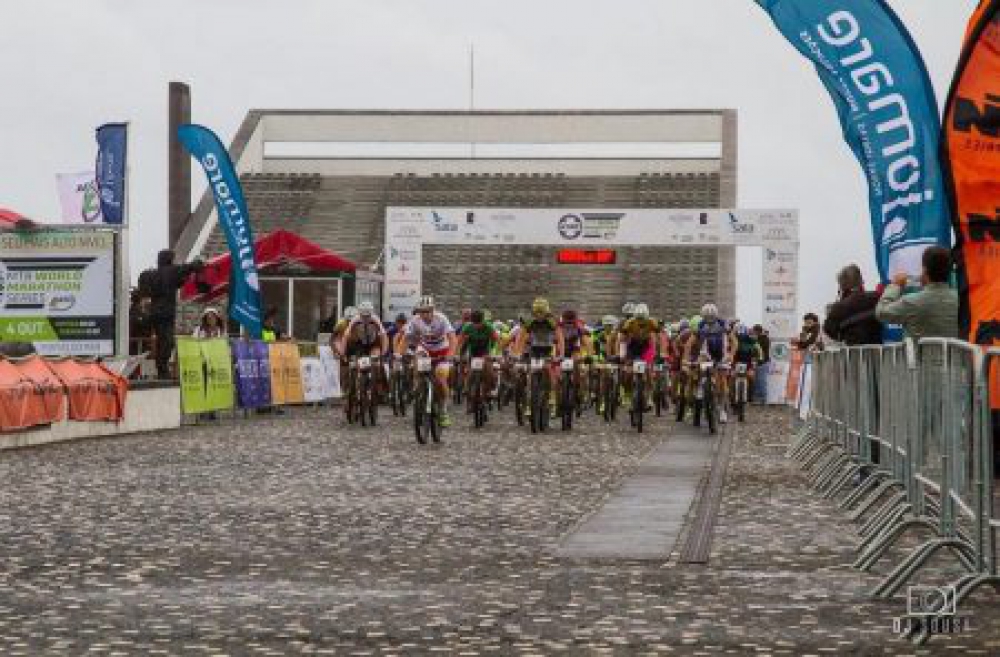 The descent down to Sete Cidades was a real rollercoaster ride, I'd not pre ridden this bit so followed Lakata closely trusting his lines. After this long descent we had the long steep climb back up to the top of the ridge, here I was glad to have the wide spread of the Sram XX1 cassette. The wind up top was insane, constantly changing direction and at times it was a struggle to hold onto the bike. 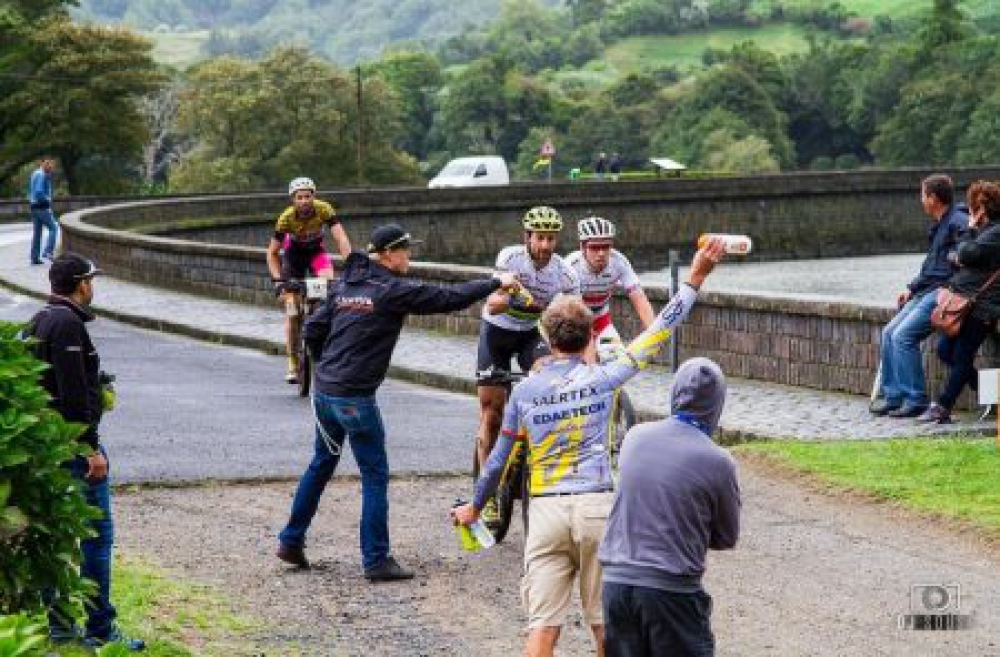 I'd pre ridden the next descent so led the way. The next 30km's to the finish was really muddy, I was glad to have kept the Schwalbe Rocket Ron/ Racing Ralph combo. I was starting to think about how the race would play out, there was only a few short steep climbs remaining, I just had to hang in there. I actually ended up getting a small gap for a while but this ended as the head wind hit once again.
One singletrack climb to go, I wanted to lead into it but couldn’t get round Lakata. After the effort I made a mistake forcing me to get off and run a short distance. With that Lakata had a small gap. The other rider was dropped though so worst case should be 4th place. Back on the sea front the World Champion is still in sight. Rotor INpower reading a sustained 350 plus watts after 4 hours of racing. I was matching Lakata but not closing. 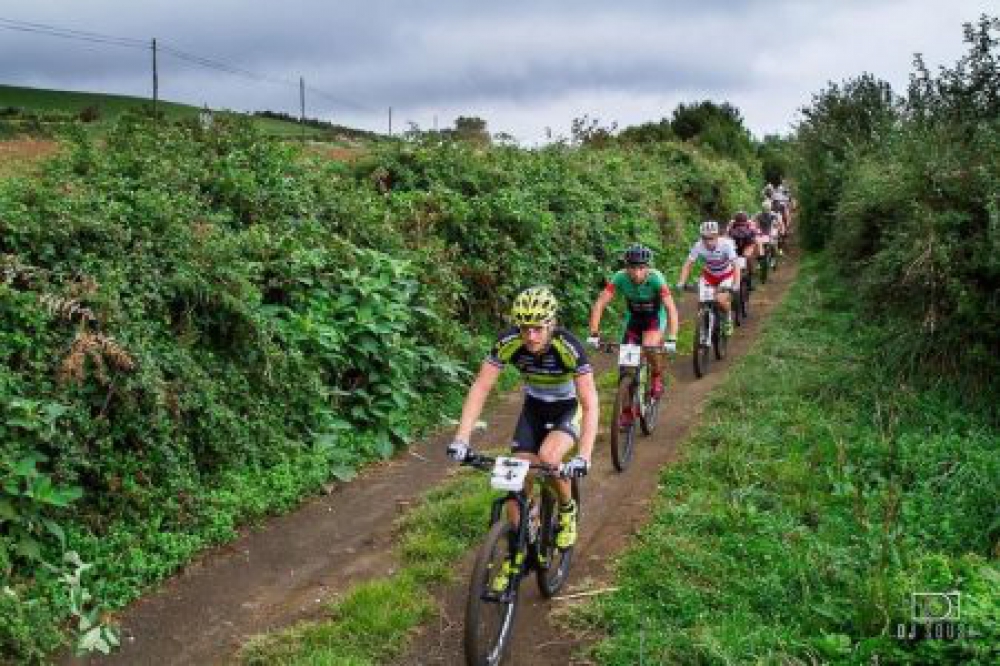 Over the finish line. 4th place at the UCI MTB Marathon Series! Wow, amazing! Kristian Hynek 1st, 2nd + 1 minute, World Champion Alban Lakata 3rd, little me 4th, 15 seconds away from the podium, 5 minutes off the win. Possibly the best men's performance by a British rider at the UCI Marathon World Series? Not bad for someone racing with no technical or feed support!
The Azores, another place you need to visit, whether it’s for the Azores MTB Marathon or for a holiday, you won’t be disappointed. Just look at the pictures!
Next round of the UCI World Marathon Series is this Friday, wish me luck!