Rotor joined the team in 2014 providing the Mountain Trax – Vauxhall Cycling Team with the new lightweight Rex Chainsets. The team chose to swap out their Round rings for the innovative QX1 Narrow Wide Oval Chainrings. For 2015 Rotor now step up their support of the team and become a main sponsors alongside Scott Bikes.

The aluminium Rex cranks weigh in at the same weight as their carbon rivals but offer extra stiffness with the 30mm axle. The ovalised QX1 chainrings create a more efficient pedal stroke by removing the deadspot at the top and bottom of the pedal stroke, the Mountain Trax – Vauxhall Cycling Team found this creates an increased power output and reduced fatigue. On the mountain bike the smoother chain tension results in better traction through the rear wheel, this is particularly noticeable on steep loose climbs.

In 2014 the team used the Rex QX1 to considerable success including winning Bike Transalp and the Isle of Man End to End, plus finishing top 20 at the World Cup Marathon Series. The team look forward to using Rotor Components again in 2015.

Junior Mark McGuire and Under 23 Dylan Kerfoot-Robson join the team for 2015. Isaac Pucci and team manager Ben Thomas race for the team for another year.

With some clear goals and the support of the team we are excited to see Mark progress in his second year as a Junior. With our assistance and that of the British Cycling Olympic Development Programme, Mark’s results are sure to show big improvements.

Mark McGuire, “I’m really excited and looking forward to racing for the Mountain Trax – Vauxhall Cycling Team in 2015. Our team Scott bikes are going to be awesome! I look forward to being a part of such a strong team and having the benefits of such a professional set-up. This support gives me extra motivation to make 2015 a really positive year of racing. I can’t wait for the season to start! My goals are to race World Championships in Andorra, compete strongly at international level and win the Junior National Championship jersey.”

Dylan, “I’m really looking forward to riding for the Mountain Trax – Vauxhall Cycling Team, it’s a well structured and supported team sponsored by top brands. I can’t wait to get back on a Scott bike and also move with the times onto a full suspension bike. My targets for the 2015 season are to win the Elite Welsh Champs, medal at the Under 23 British Champs and to gain plenty of race experience throughout my first year of Elite competition.”

Isaac became a pivotal member of the team in 2014 and will be expected to help guide the 2 new riders in 2015. Isaac would rarely finish off the podium last year taking 9 wins in total. At National level in his first year as an Elite Isaac impressed many finishing just 1 place off the podium at numerous rounds of the British XC Series. Isaac also finished a fine 2nd place at the tough Isle of Man End to End marathon race.

In 2015 we hope the support of the team can help Isaac step up onto the podium at the British XC Series and show the remaining doubters what talent he has. It should also be the year that Isaac makes his international debut with a clear plan to target 2 European World Cups in the summer. 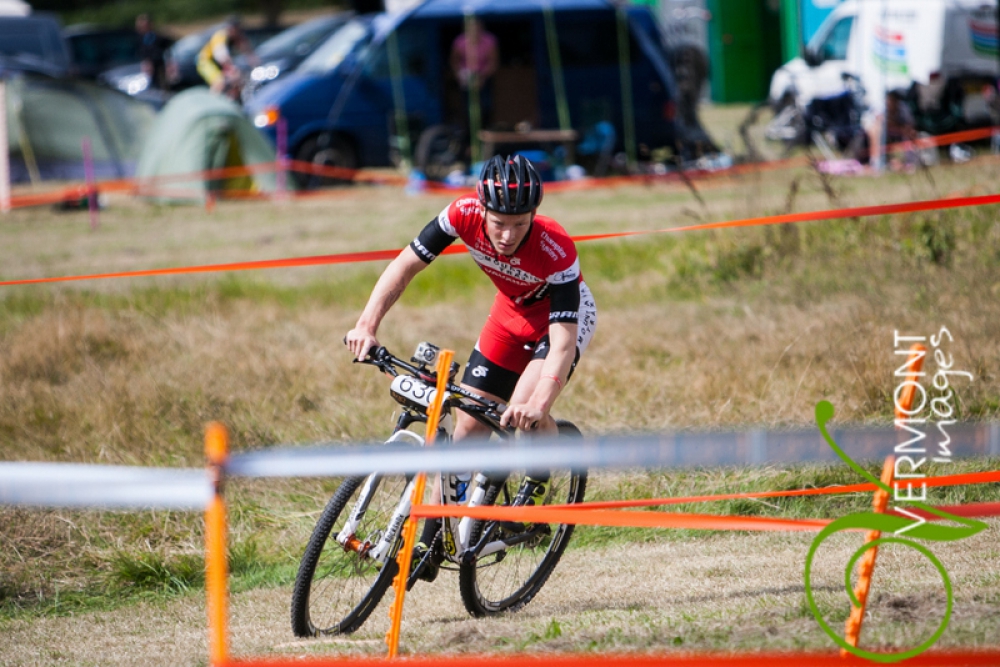 Isaac, “I am delighted to have signed for another season with the Mountain Trax – Vauxhall Cycling Team. The continued support has made a real difference to my results and I am looking forward to another successful year in the red team colours. My main focus for 2015 is to win the Under 23 British Champs. Back in November the team met for a day of product testing, not many teams can offer a similar service. We had 10 different bikes to test comparing wheel size and hardtail or full suspension set-ups. I was pretty confused about bike choice before the test despite loving my Scale 29 I rode in 2014. For next year I’ve stuck with 29 inch wheels but gone for the full suspension Scott Spark 900.”

Ben Thomas will continue his team manager/ rider role juggling both acts with the support of assistant manager John Newport and the team’s supportive sponsors. Ben will continue to focus on marathon distance events. In 2014 Ben raced to victory at BIKE Transalp, Whinlatter Challenge, Brighton Big Dog, Gorrick 12, and Isle of Man End to End.

Ben, “I look forward to the year ahead with renewed motivation and excitement. The support we’ve had from sponsors this winter has been fantastic, it’s great to welcome the new sponsor Kalas Sportswear, Yellow Jersey, ARC Carbon Wheels and Northwave. I’m confident that with Dylan, Mark and Isaac the team spirit will be really strong and this will act as a big boost for each of us as we head out onto the race track. My aim for the team is to guide these 3 riders to the next level by giving the support and race experience they require. My goals personally are top 10 World Marathon Series results, another World Championship selection, and maybe even that illusive National Champs jersey.”