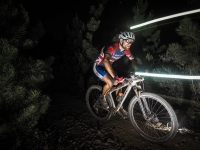 Having two bikes for a 24 hour race is pretty important particularly if weather conditions go south and mudmeggedon happens meaning a bike swap every lap is near essential if you want to be at the sharp end. Washing my only bike mid lap in the rain at 3am a few years ago at Relentless 24 was not much fun.  I’ve been in the extremely fortunate scenario of having help to get together two absolute stonking bikes. Of course as a reader you’ll probably be fairly sick of sponsored riders saying how amazing their kit is, well of course they would! However I can say with 100% confidence that I simply won’t use equipment in a 24 hour race that I’m not totally happy will last the distance no matter what level of support I’ve had to get hold of it. Most my kit I was using before getting sponsored/ supported. Finding out 12 hours in that your saddle isn’t actually comfy or your tyres fall apart means all those hard training sessions can be undone for the sake of a freebie. 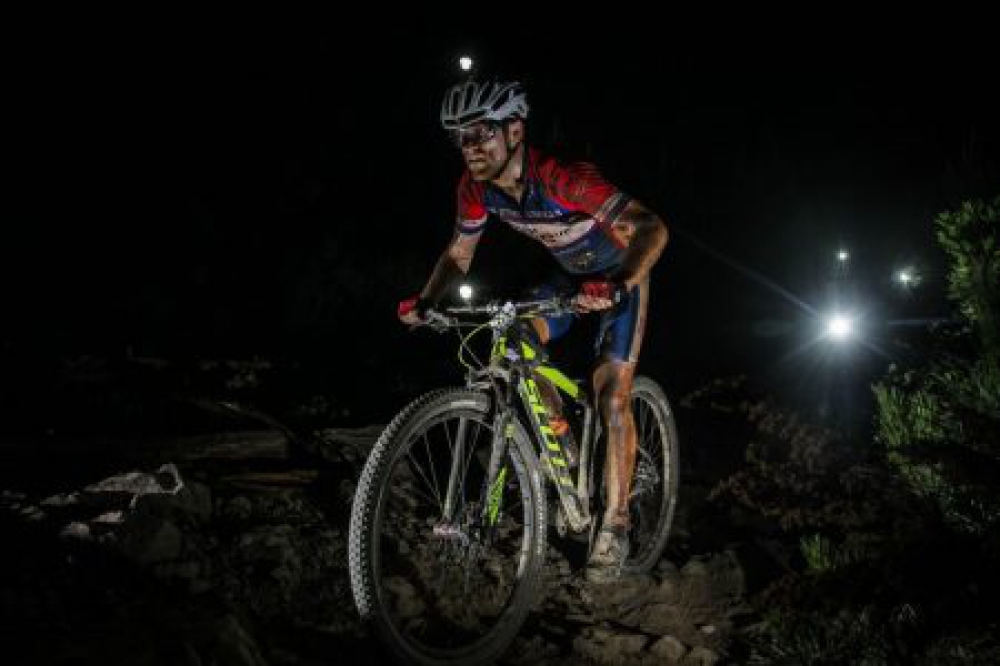 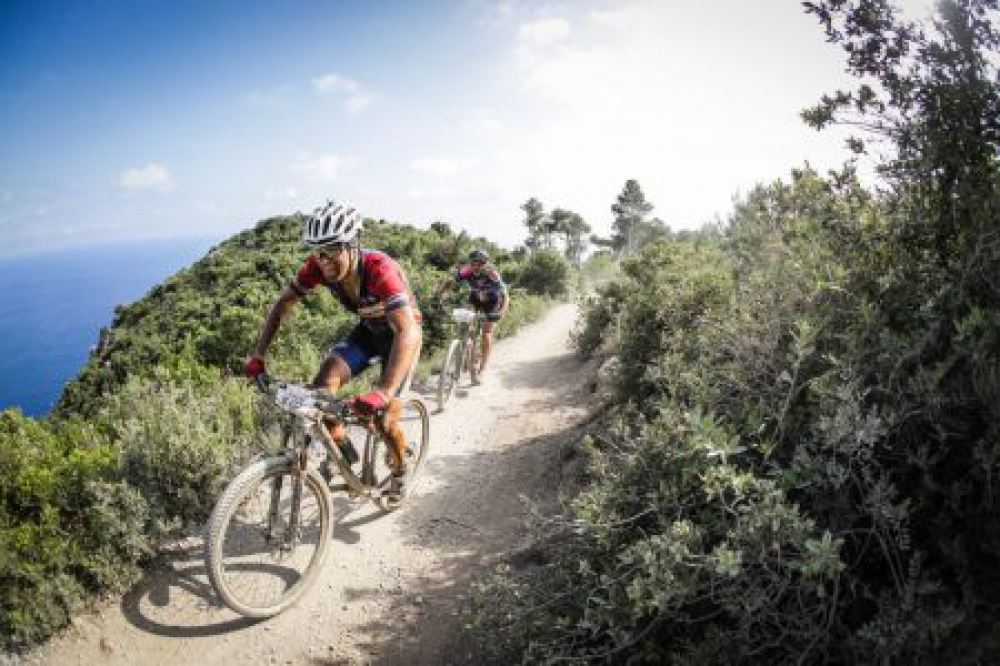 I’ve had help at various levels with these bikes so to name names and for the reader to be clear these are M Steel Cycles (Trek Bike), USE (seatposts, bars), ESI Grips, Scott UK (Scott Bike), Ryan Builds Wheels (Wheels), XC Racer Shop (rotors,  MT Zoom axels, valves). Massive thanks to you all! 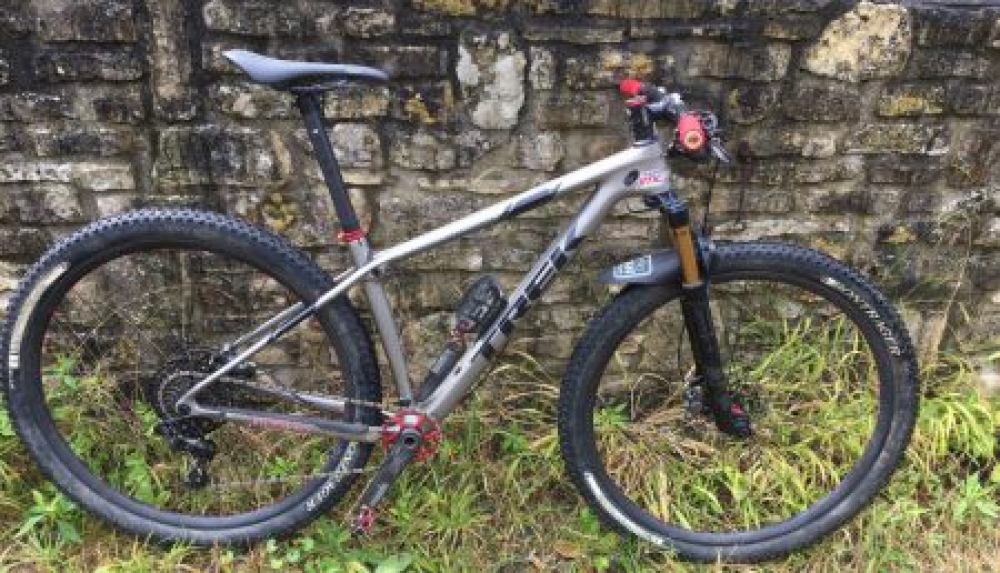 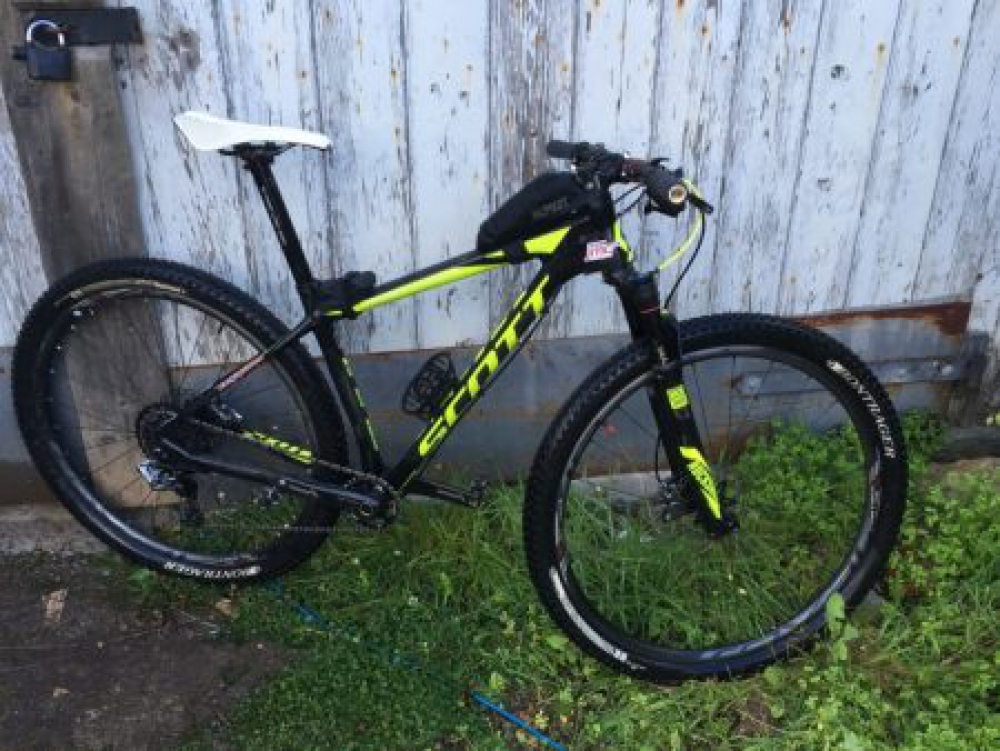 Lots of the kit between the two bikes is similar for reasons pre stated, use kit you know and trust! Some stuff is new, other used parts. I’ve run Trek’s for a number of years and always liked the angles and comfort out back. The Procaliber delivers all the above plus the extra bit of comfort the clever little suspension thing brings. It took a little bit of getting used to on the first ride, sort of like having low tyre pressure for a while. It does seem to smooth out the seated rough stuff a bit which is good news for long ride comfort.  Hard to tell what difference boost spacing makes other than seeing a bit more of a gap between the forks and frame, with carbon wheels on both bikes I’m not sure stiffness difference is that noticeable. The Scott is equally similar in angles to my old Trek Superfly’s and I had a Scale a few years ago that was a great bike. This thing is a speed machine and has SDS out back which smooths out the lumps a bit which is again good for long sit down sessions. It’s non boost but clearance isn’t an issue.

It’s SID’S vs Fox 32’s between the bikes. The Fox forks seem spot on but I’ve used 32’s for a while and been happy with them so no change there but these new model seem even better and are featherweight. I’ve never been quite as much of a fan of SID’s but these newer ones seem better but I still run 3 spacers to help the ramp up on the bigger hits. I went for a bit of a red colour scheme on the trek which is reflected in the chain ring additions, grips, and most bling of all the spoke nipples. There is a tiny hint of gold as well at the valve holes, seat clamp and titanium axles in the pedals. The pedals themselves on the Trek are Candy 7’s which seem to have a much better lifespan that previous models and I’m appreciating the extra bit of platform foot support over the egg beaters. At 268g they are super light for the foot comfort.

I run a wide range of gears in general as I like to have an easy option for 24’s to give the legs a rest when needed so on the Trek I get as big a range as if needed 30-44. I’ll switch to 32t on flat courses but I don’t seem to spin out much on 30t so why not I reckon. I’ve got a 44 tooth expander cog on there which you can retro fit to the super light XO1 11 speed cassette for only 20g weight gain. The Scott has 30-42.

Stuff I’ve used for a long time include stem, bars and seat post. All things that have works for me for a long time so no change or surprises there. I’ve gradually moved to wider bars which come in a little comfier than narrower predecessors. Overall component criteria is light but reliable.

The wheels on both bikes are probably the most bling items with a custom built pair on the Trek thanks to Ryan Builds Wheels. Through a contact I managed to source a pair of carbon rims from out east which were a 24mm internal but only weight 355g each! Built on to reliable 240’s and with some lightweight sapim spokes these look the business They haven’t moved an inch including a battering around rocky Finale Ligure. The Roval SL’s on the Scott are simply amazing, they have done a busy couple of years but have hardly required any maintenance. Bonty XR2’s in 2.2 variety are the tyre of choice for most races which are pretty light but not silly like I’ve seen some crazies use. I also run plenty of sealant that somewhat affected the weigh in’s! Not a fan of slick looking tyres that appear on the start line as they restrict radness on the descents I reckon.

Brakes, XTR M9000. I had used XT’s for years but was amazed by how much lighter the XTR’s were for not much loss in power. I had thought I might want to run a 180mm rotor on front with these compared to XT’s but there is definitely no need. Even with super lightweight Quaxor rotors that don’t have the same bite as shimano’s I’m not lacking pulling power.

Grips, ESI’s, used these for years and the more ergonomic FIT versions work well with the thin non padded gloves I like to run. Particularly amazing in the wet.

Bars nice and wide USE Ultimate posh ones on both not much more to say on those!

Saddle, specialized phenom on both bikes with carbon rails. Comfy and no bottom issues, only 200g.

So which one do I prefer is probably a key question?  Marginally the Trek I think but that could partly be due to the better fork.

And lastly the most important thing, the weigh in’s:

It’s rare to see people’s race bikes on the scales despite people being quick to claim weights. I’m pretty happy with the weights considering the setup and I wouldn’t want to compromise on things like lighter tyres.